Baracco and Wright Architects, in collaboration with artist Linda Tegg, filled the Denton Corker Marshall-designed Australian Pavillion with more than 10,000 plants, including 65 different Victorian grassland species to create the Repair exhibit at the 2018 Venice Architecture Biennale. Here, senior lecturer at the UTS School of Architecture William Feuerman reviews Repair, along with other highlights of the Biennale, including John Wardle Architects’s Somewhere Other installation and the Swiss and British pavilions.

The 16th International Architecture Exhibition, the Venice Biennale, is now open. With 62 countries represented, the Biennale is a demonstration of “how the world might be perceived differently from diverse parts of our planet,” as described by the event curators.

This year’s theme, Freespace, is about the potential of architecture to be perceived beyond face value. With a somewhat romantic undertone, the curatorial statement emphasises the physical building. This is in clear contrast to the 15th Biennale in 2016, curated by Chilean architect Alejandro Aravena, which foregrounded social and political issues.

There are 62 national pavilions mostly in or around the Giardini, Venice’s parkland. The pavilions, with curators selected from each respective country, provide great insight into the current state of the architecture profession.

Only 1% of these grasslands remain in Victoria. The Australian curators explained that the reclamation of grasslands is “a sort of reverse order of urban sprawl”.

The plants are arranged in sporadic densities throughout the space. I yearned for the room to be filled even more as the smells, which are ever present, brought a familiarity to a foreign place. Artificial lights above illuminate and protect the interior landscape. Every so often the lights dim and two perpendicular walls project videos of 15 Australian architecture projects that address the environmental issues posed by the curators.

At face value, the pavilion can be seen purely as a comment on the environment, but more important is the process the curators took to construct the exhibition. The 10,000 Australian plants were “lovingly nurtured from seedlings to maturity in Sanremo, Italy”.

Like Australian gum trees that have made their home in California, these Victorian grasslands in Venice represent a successful model of migration and adaptation, just as the ritual of this Biennale represents at best, moments of productive displacement and cross-pollination.

Still, the grasslands pavilion left open the question of what would happen to these exiles after the Biennale. Would they be returned home, and at what cost? In our era of mass migration and high carbon footprint transport and agriculture, I wondered what fate would be most fitting.

The British Pavilion, Island, constructs a scaffold around an existing building, providing access to the upper roof structure where the 1909 building pokes out at the centre of the terrace, a literal island. Inside, the pavilion remains empty, void of an exhibition. As the British curators, Adam Caruso, Peter St John and Marcus Taylor, describe

The state of the building suggests many themes; including abandonment, reconstruction, sanctuary, Brexit, isolation, colonialism and climate change. It is intended as a platform, in this case also literally, for a new and optimistic beginning.

At the entry to the Arsenale, the centrepiece of the Biennale located in a 13th century Venetian shipyard, curators Yvonne Farrell and Shelley McNamara have hung what feels like hundreds of strands of rope. Here begins the showcase of 71 architects from around the world, each responding to the event’s theme.

The space is filled with a beautiful, yet erratic, set of architectural models, full-scale constructions and interactive media. The Central Pavilion, the Biennale’s other major venue, has a similar sprinkling of work.

The 71 participants have each built an object of delight, transforming the 200m hall into a street scene with a series of micro buildings along its sides.

Australian architect John Wardle’s popular installation, Somewhere Other, is an optical machine, or as the placard describes, “a portal, an elaborate window, a calibrated device, a long lens between Venice and Australia”. Australia is also represented by Tasmanian architects Room 11.

Somewhere Other is a beautifully made native timber object generating a range of experiences for its users. It is poetic in both description and construction, a striking demonstration of Wardle’s work and a strong representation of a continent about as far from Venice as you can get.

Other highlights include the a model of the Fuji kindergarten designed by Japanese firm Tezuka Architects. Projected drone footage shows children running free around the school’s circular roof.

Ricccardo Blummer and team’s Automatiche E Altri Esercizi (Italy), is “a walkable machine that continually builds minimal surfaces, composed of water and soap which only the reflection of light makes visible”.

Despite the beauty and poetry of many of the works aligning the Arsenale, one cannot deny their indulgence. In 2016, curator Alejandro Aravena asked if exhibitions would widen their scope beyond cultural and artistic dimensions to social, political, economic and environmental ideas. It’s not clear to me that many of the exhibitors at the current Biennale have done this. 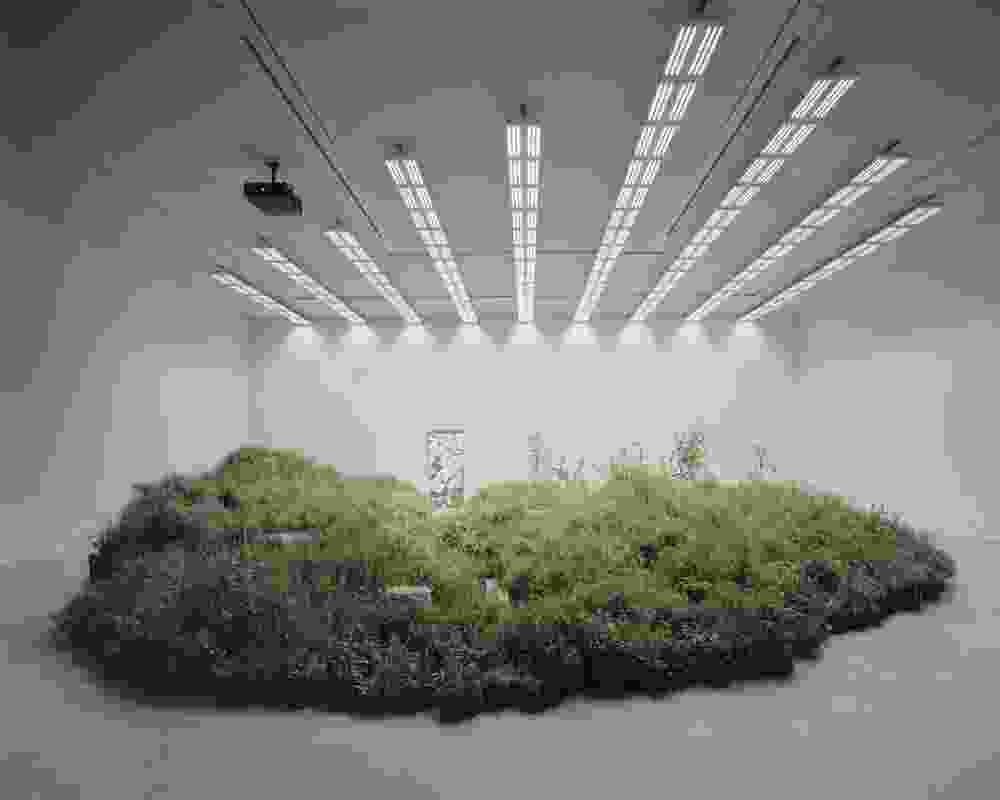 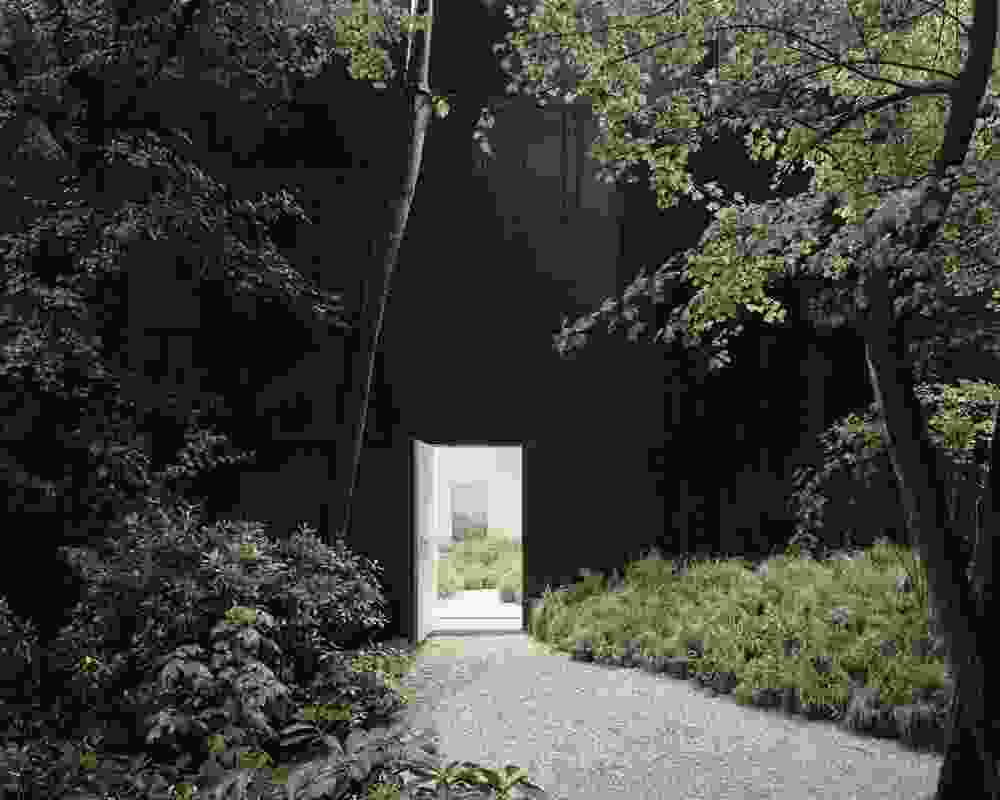 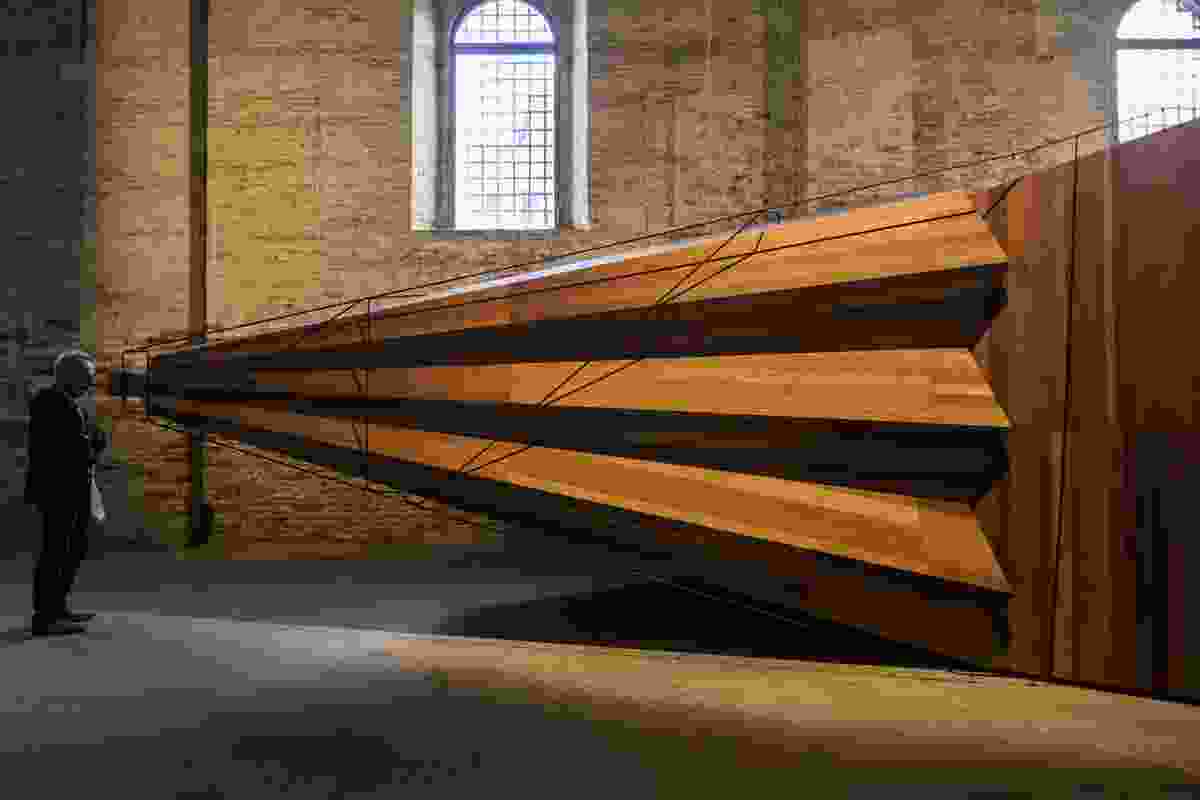 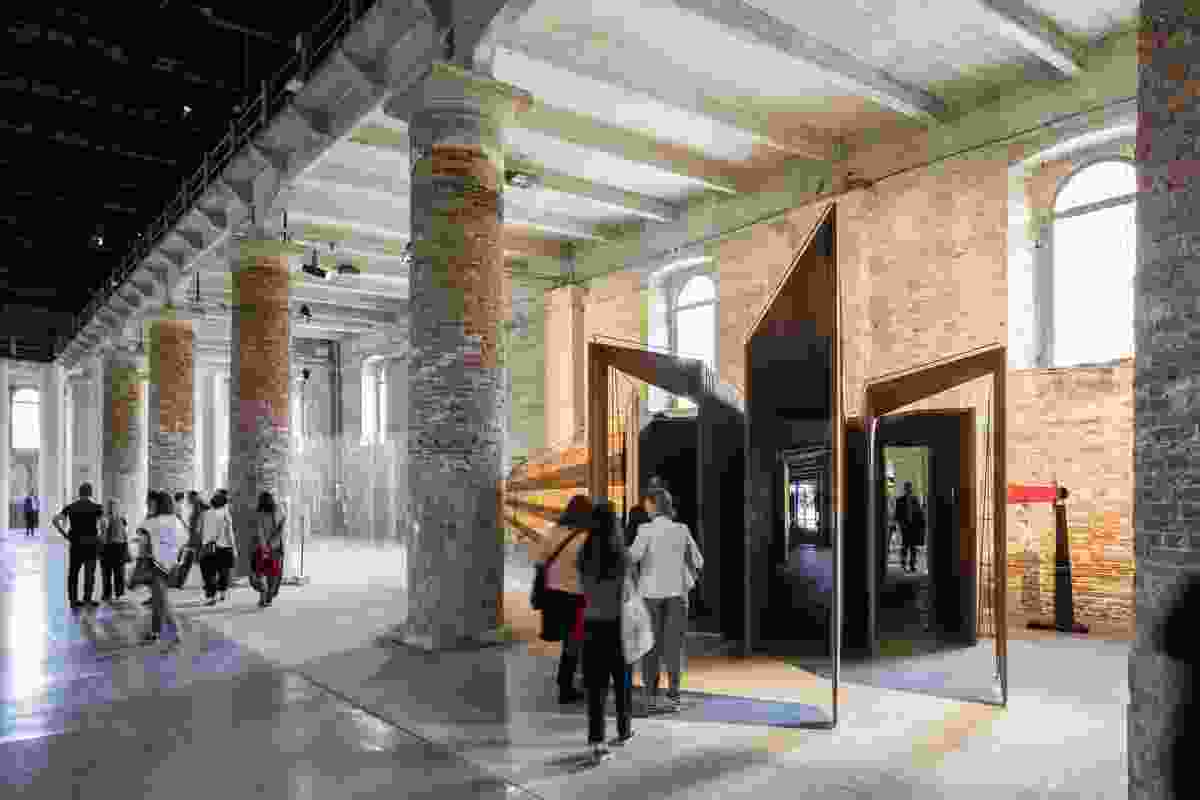 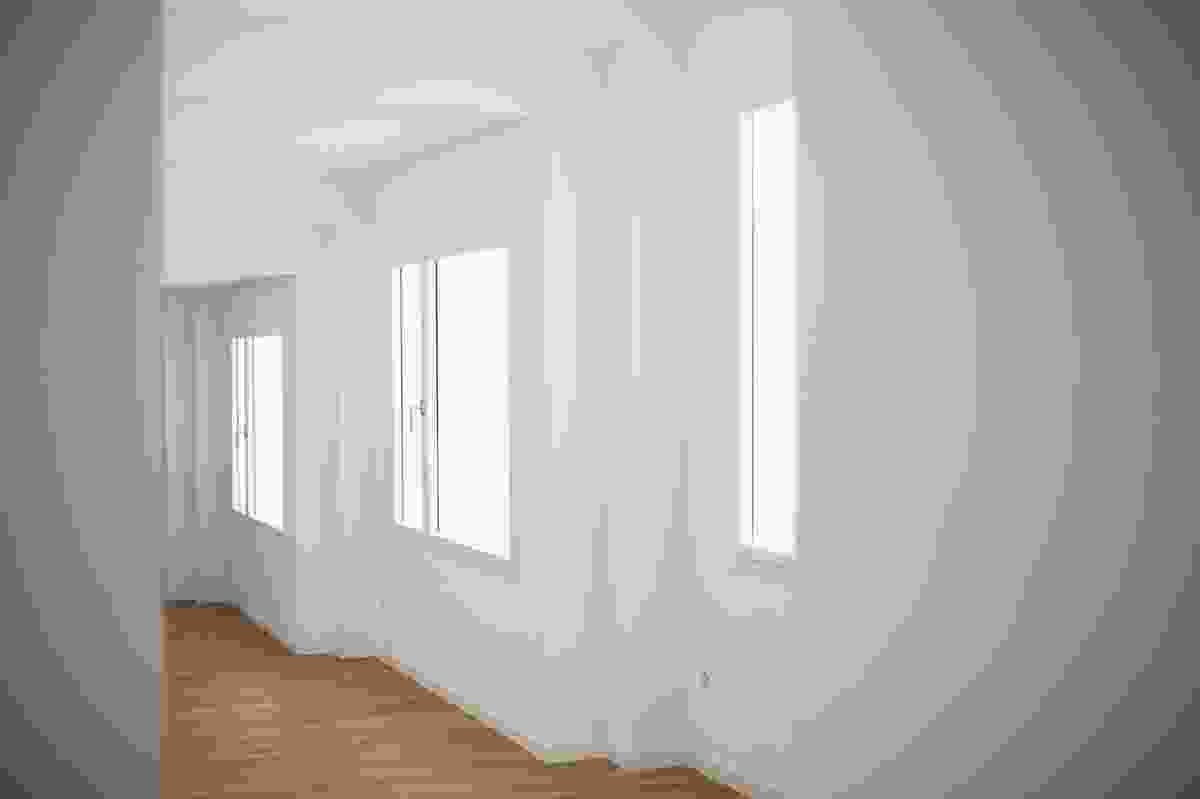 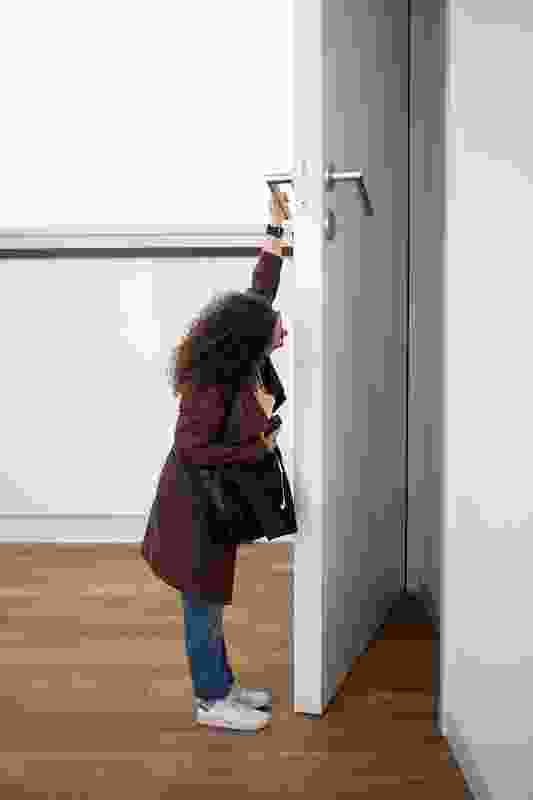 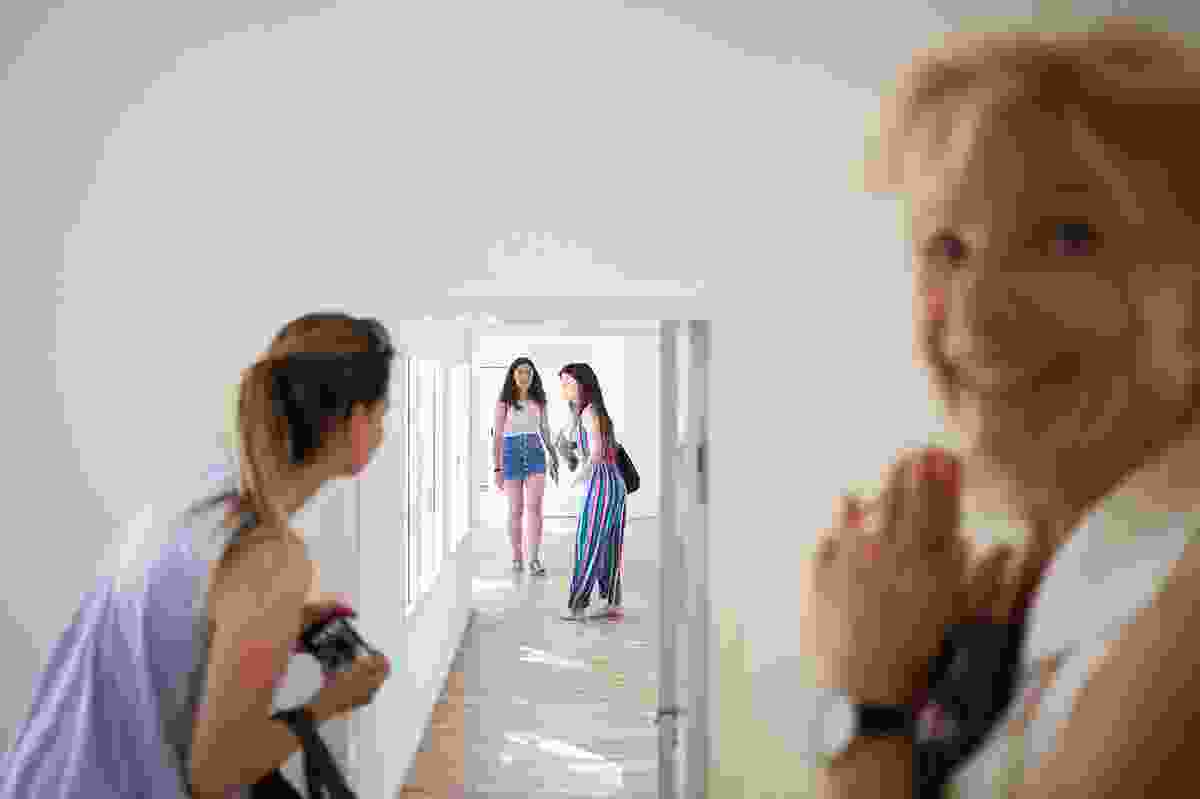 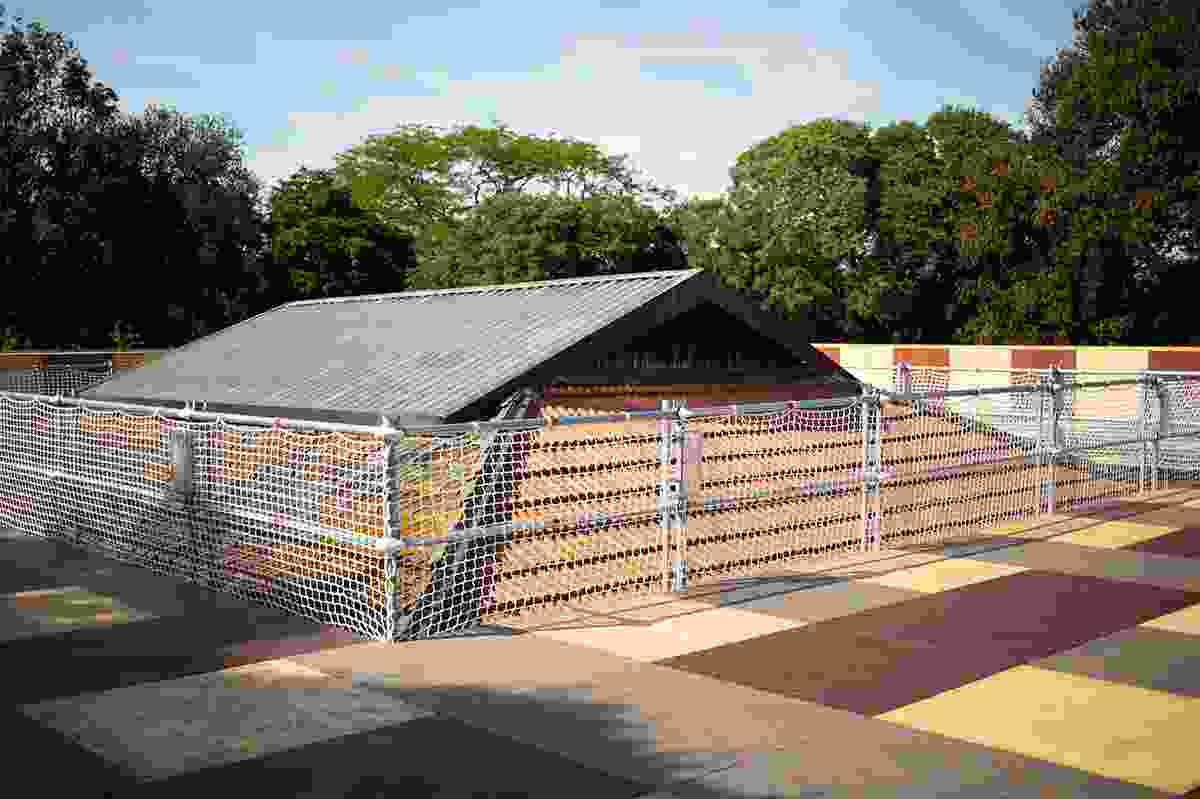 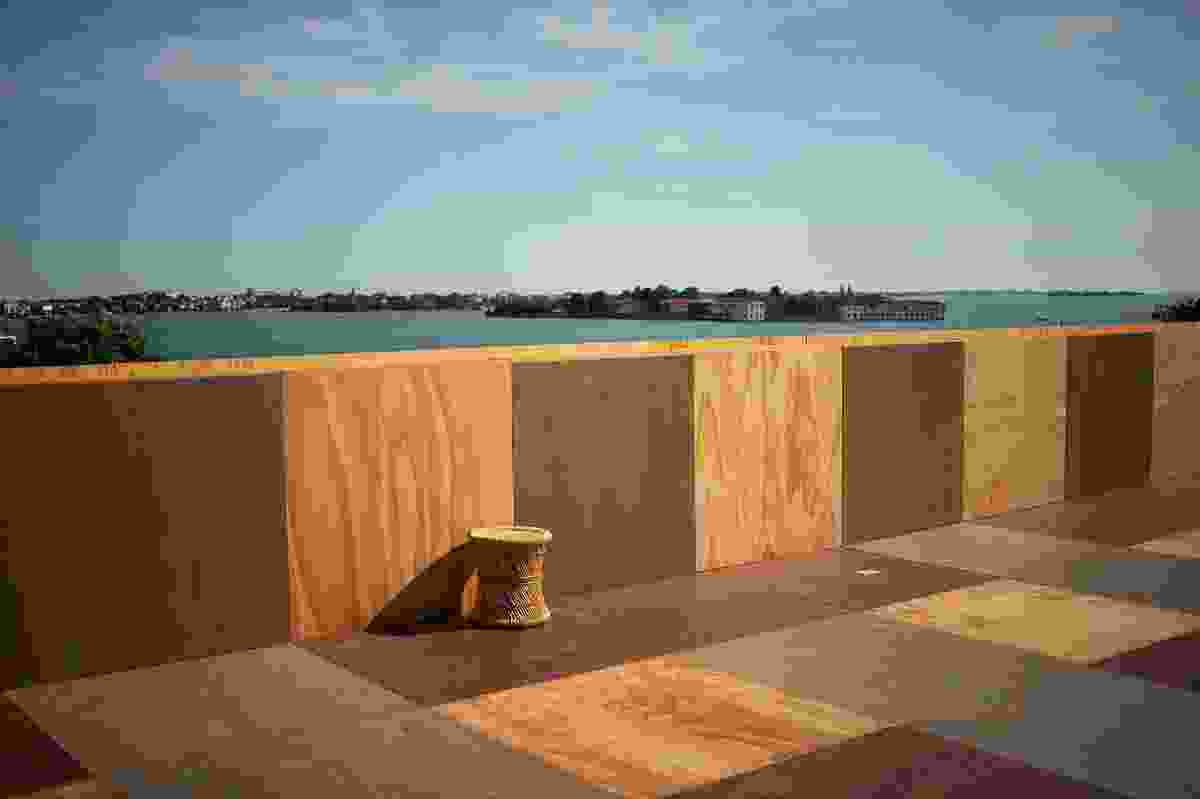