Curb the sprawl: Melbourne at 8 million

An RMIT University report has put forward a vision for Melbourne in 2051 that would allow established areas to absorb new dwellings as the population swells to 8 million.

The scenario set out in the RMIT report, led by environment and planning professor Michael Buxton, could provide up to 80 percent of the new dwellings in existing areas through a series of strategies, including:

“The findings of the report challenge the conventional view accepted until recently that most demand should be met in expanding outer suburbs, a model of urban form based on detached housing on relatively large lots and separated uses,” the report said.

“The reality of the new dwelling market in Melbourne is that high-rise apartments and outer urban housing limit the choices of large numbers of people to inadequate, poorly serviced housing types often far from employment.”

Significantly, the Plan Melbourne refresh discussion paper recently released by the state government suggested 70 percent of the city’s required new housing be absorbed by established areas. The discussion paper said only 30 percent of Melbourne’s required housing should come from greenfield growth areas, and emphasized the significance of the so-called middle ring suburbs in supporting new housing.

The 70 percent target in the Plan Melbourne refresh would mean that 1.12 million new dwellings would be built in established areas, rather than the 1.28 million suggested in the RMIT report. The RMIT report makes multiple references to the original Plan Melbourne report from 2014, which suggested that only around 60 percent of the required housing should be built in established areas. The original report was released under the previous government.

The Plan Melbourne refresh discussion paper is open to submissions until 18 December 2015, and will form the basis of a revised Plan Melbourne to be released in 2016.

Curb the sprawl: Melbourne at 8 million 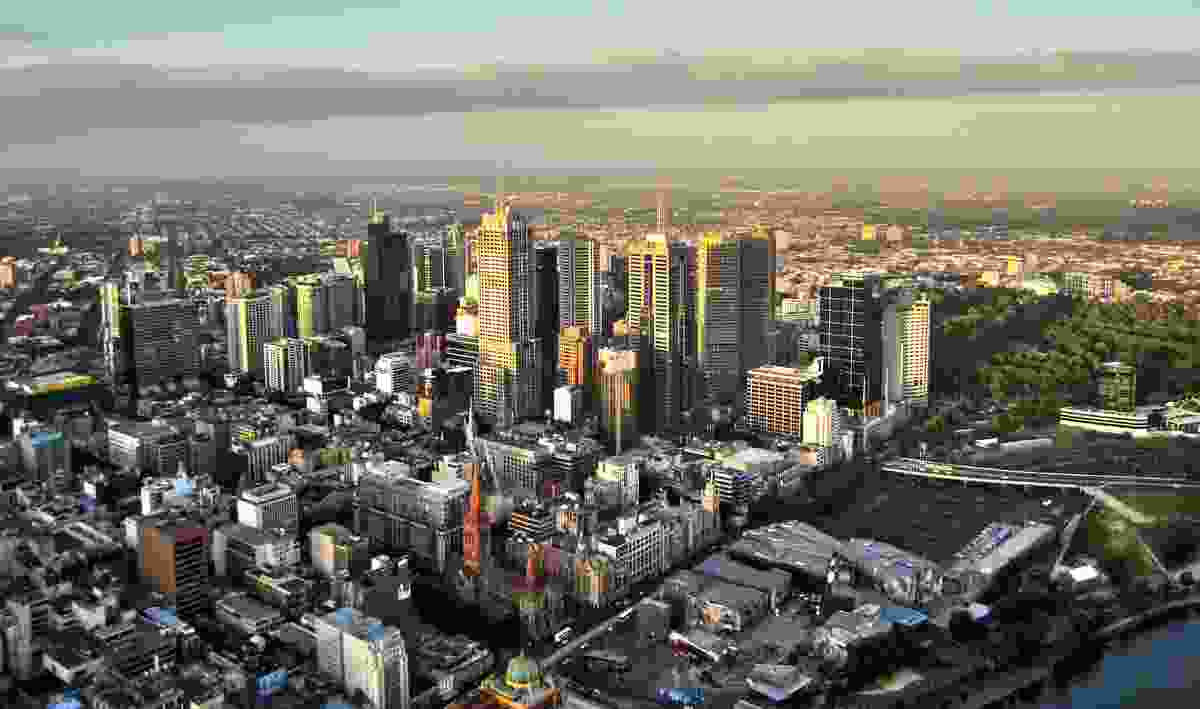 An RMIT University report has put forward a vision for Melbourne in 2051 that would allow established areas to absorb new dwellings as the population swells to 8 million.