The project, dubbed Ormond Place, would be situated on land over the sunken railway at Ormond Station in Melbourne’s south-east owned by state-owned VicTrack. The proposal included a predominantly residential tower with a supermarket and a range of retail and commercial spaces.

Victoria’s planning minister Richard Wynne approved the amendment to the planning scheme that would have allowed the proposal to go ahead in September, after an independent expert committee reviewed and supported the proposal.

The planning scheme amendment would have increased the height limit for the site from five to six storeys to up to 12 to 13 storeys and made the planning minister responsible for deciding applications on the site.

Shadow Minister for Public Transport, Planning and Equality, David Davis, accused the government of not following the proper process in consulting the local community.

He told the Victorian Legislative Council that local residents reported seeing the construction of a concrete foundation slab but “no-one knew what was going to be constructed there.”

Government spokesperson, MP Shaun Leane, disputed this. “The independent and expert advisory committee was established by the Minister for Planning to assess the integrated development at stations around the new transport projects.

However, the proposal met with opposition and criticism from both the local residents and the local council.

Glen Eira City Council objected to the proposed amendment to the planning scheme, stating among its reasons that “the height and scale of development is contrary to Council’s established hierarchy of centres and local policy; […] the proposed supermarket use and amount of retail floor space is excessive; [and] the design may result in an ‘island’ style of development that has little interaction with the Ormond shopping strip.”

The independent expert committee supported the proposal and recommended that the minister approve the planning scheme amendment.

“This proposal is an opportunity, indeed some would say a necessity, to contribute to an urban form relevant to the next 50 to 100 years, not just the next year or the next decade,” it said in its report. “This requires bold thinking and step change, not incremental change.”

However, this reasoning did not appease the project’s opponents. “The government’s stripped-down planning process on this is not satisfactory,” Davis said.

He moved a motion in the Legislative Council to revoke the approval of the planning scheme amendment, which was carried 21 votes to 16 and was supported by the opposition, the Greens and Australian Conservatives.

The Australian Institute of Architects expressed concern that the revocation tool used by the shadow planning minister could make “the planning process […] become dangerously political.”

“The Australian Institute of Architects supports a planning framework that encourages multi-residential developments with connections to local amenities and services, health, education, employment and public transport as the most effective way to reduce urban sprawl,” she said.

“While this is not a comment on an individual project, when proper planning processes have been followed and approvals granted, politicians should not step in on political grounds.

“More political influence over the planning scheme inevitably means less professional influence, resulting in poorer outcomes. Certainty, professionalism and process in our planning system must apply equally in both marginal and safe electorates.” 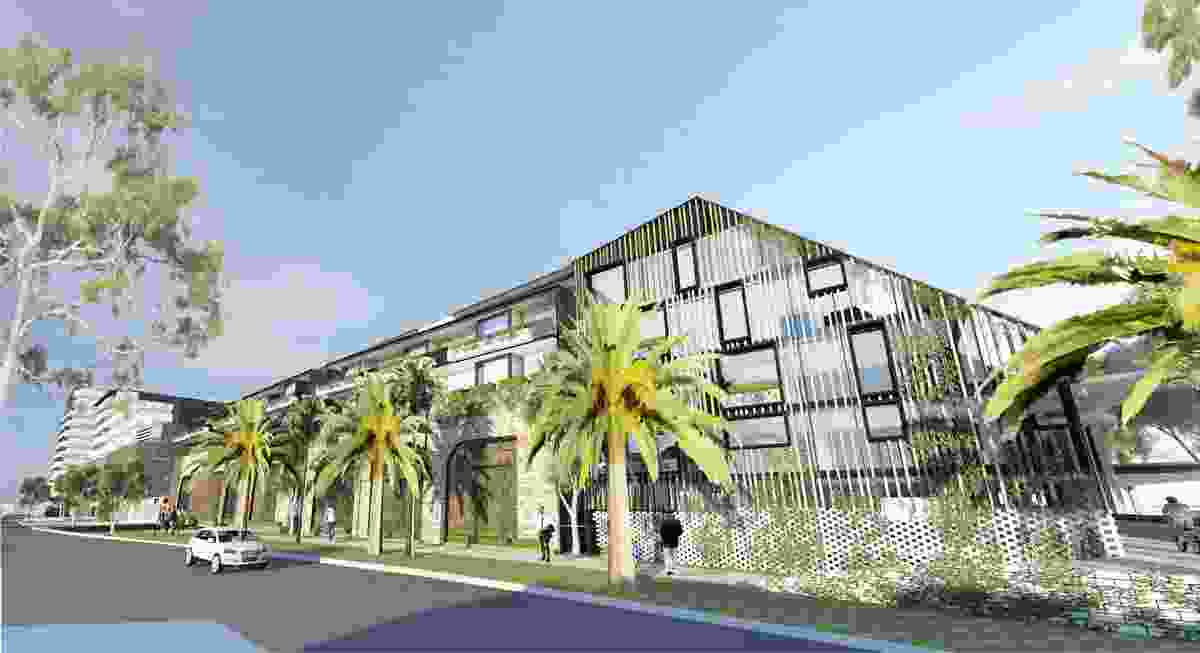