The executive director of the Heritage Council of Victoria has recommended modernist architect David Godsell’s own house, in the bay-side suburb of Beaumaris, should be added to the state heritage register.

In a report published in September, the executive director Steven Avery said the house is architecturally significant “as a notable example of postwar Modern residential architecture in Victoria.” He also said it was historically significant “as an outstanding example of the work of architect David Godsell, who was a leading exponent of 1960s and 70s Modern organic architecture in the years immediately following Frank Lloyd Wright’s death when that strand of Modern architecture was a focus of several architects in Victoria.”

The David Godsell house was originally constructed in 1960 to 1961 for Godsell’s own family at a time when he was also beginning his own practice.

“Conceived, documented and largely completed within the space of one year when Godsell was 30 years old, the house is a testament to the young architect’s creativity and maturity,” Avery said.

“Godsell’s own house at 491 Balcombe Road in Beaumaris is an excellent representative example of the realisation of the architectural principles that informed his years of practice.”

The house consists of three rectilinear, flat-roofed wings: an L-shaped plan of two single-storey wings containing living, dining, kitchen and bathroom areas; and a two-storey wing containing three bedrooms and a utility room. The house is clad in Californian redwood, which can also be seen in the dwelling’s interiors.

“The house is a careful composition of rectilinear flat-roofed wings, three of which face inwards towards a sheltered courtyard,” Avery said.

“It is thoughtfully designed and detailed, containing a skilful interplay of stepping horizontal roof and floor planes which integrate harmoniously with its sloping site. Simultaneously spatially rich and technologically lean, the house also exhibits a striking humility of scale.”

In his report Avery likened the house to other notable examples of modernist residential architecture, which are already on the state heritage register, including Robin Boyd’s Walsh Street House, McGlashan and Everist’s Grimwade House and Peter McIntyre’s Snelleman House.

“[The David Godsell House] the houses above all share characteristics including a highly sophisticated integration of planning with site; generous amounts of glass in walls facing private courtyard spaces; and careful deployment of solid street-facing walls to shield their occupants from the public realm.”

The executive director’s recommendation is yet to be considered by the Heritage Council of Victoria. 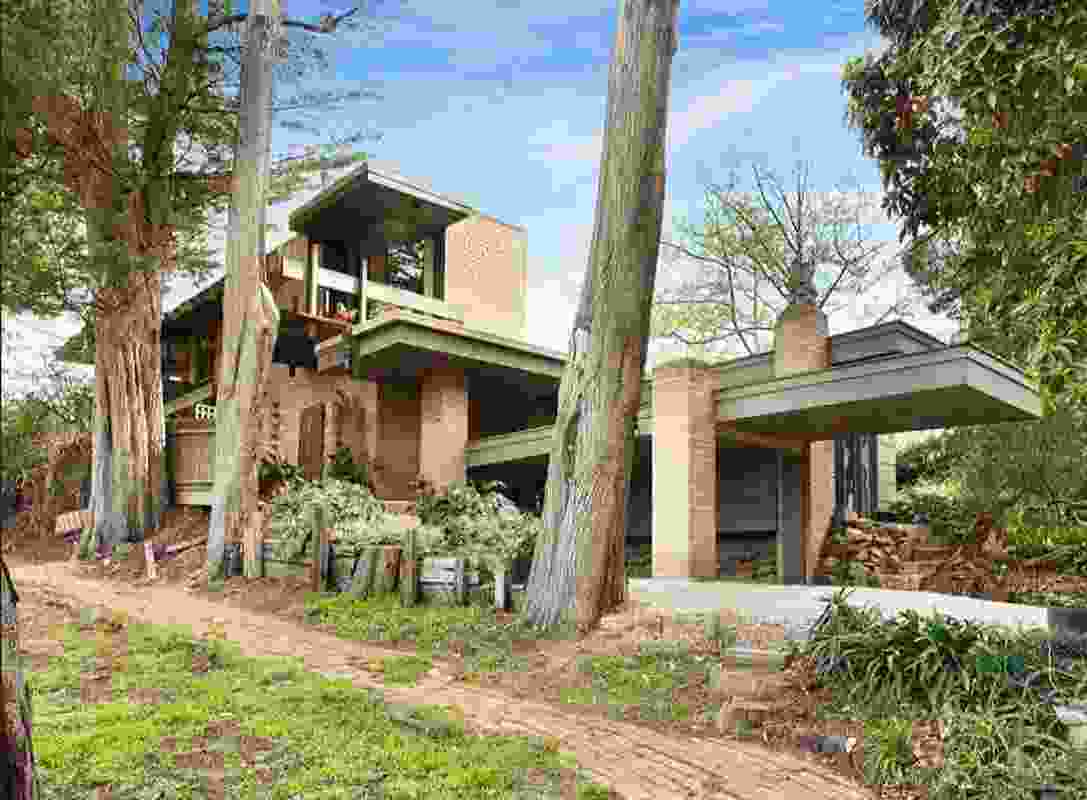