The Denton Corker Marshall design for the site, which was first put forward in 2009, has been scotched by planning minister Richard Wynne.

Victorian planning minister Richard Wynne has refused to extend a planning permit to redevelop Melbourne’s historic Windsor Hotel and build a 26-storey tower behind it.

The project, designed by Denton Corker Marshall, was given the green light back in 2010 by the then Brumby government, but the developer and owner of the hotel, Halim Group, has since made almost no progress. The permit has been extended three time already, including in 2016 when the Victorian Civil and Administrative Tribunal overruled Richard Wynne’s decision not to grant another extension.

“The developers have failed to secure finance or show a real willingness to get construction started despite having nine years to do so,” Wynne said.

“If the same application for development was brought to me today, I would have to reject it immediately – planning rules and community expectations have changed.”

The planned luxury hotel tower was to be almost 92 metres tall, more than 50 metres higher than the current height controls for the site behind the Windsor – 40 metres. Its slim form was to have acted as a “curtain” for the Windor and would have housed 252 extra rooms, new meeting facilities and a 25-metre swimming pool.

The project would have also seen the exterior of the hotel – which dates back to 1883 and is on the Victorian Heritage Register – restored to its original appearance, and a back section of the building demolished.

Richard Wynne said the hotel’s place on the heritage register meant Halim Group must maintain it and not allow it to fall into disrepair.

“The Windsor Hotel is a Melbourne icon and were protecting it, and the unique character of the Bourke Hill precinct, he said.

Originally known as The Grand Hotel, the Hotel Windsor was designed by Charles Webb and built by Thomas Cockram and Company for George Nipper of the shipping firm Nipper and See.

The Victorian Heritage Register notes the Windsor is of architectural significance as “the only surviving illustrative example of the opulent style adopted for a 19th century luxury hotel in Melbourne in the 1880s.” 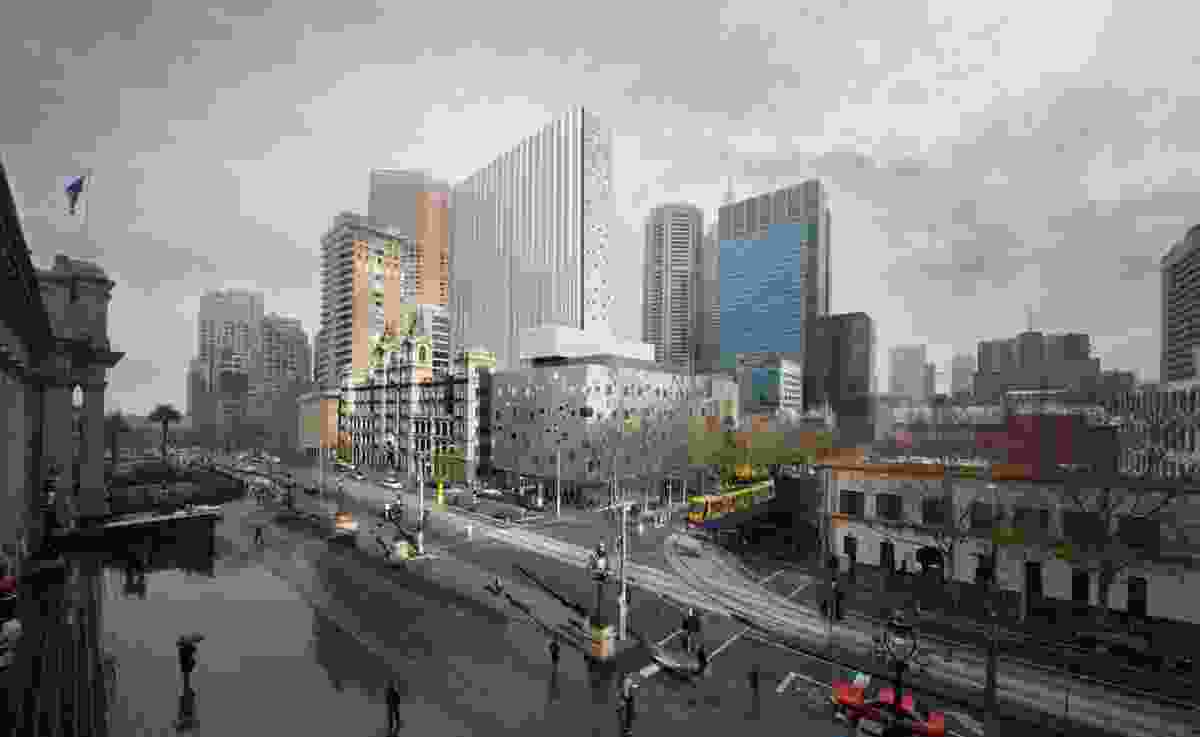 The Denton Corker Marshall design for the site, which was first put forward in 2009, has been scotched by planning minister Richard Wynne.