Derelict submarine base in Sydney Harbour to be redeveloped

The Sydney Harbour Federation Trust, an agency of the federal government, has released a proposal for the $23.8 million transformation of a former submarine base in North Sydney designed by architects Lahznimmo and landscape architects Aspect Studios.

Located in Neutral Bay, in the north of Sydney Harbour, HMAS Platypus has been closed to the public for more than 140 years. Established as a gasworks in 1875 by the NSW government, the site was acquired by the federal government in 1942 after the bombing of Pearl Harbour and converted for use as a torpedo factory and service facility for naval vessels. In 1967 the site was commissioned as a naval base, becoming home to Australia’s newly acquired fleet of six Oberon-class submarines.

In 2015 then-Minister for Cities and the Built Environment, Jamie Briggs, announced that the federal government would fund the trust to open the site to the public, following the completion of a six-year-long decontamination and remediation of the site. When the site reopens, access will be granted to a slice of Sydney’s foreshore not publicly accessible in more than 140 years.

The site comprises buildings on two distinct levels: the larger, sea-level space contains the former submarine school and a naval workshop, which sit parallel to the submarine wharf, and a smaller office building to the south; a smaller, upper level holds a coal store building and a car park. The plan also propose to adaptively reuse the large, former Royal Australian Navy Torpedo Maintenance Establishment (RANTME) factory building, which occupies the south-eastern edge of the site, by setting back the sides of the building and opening it up. The building could be used for a studios, workshops, exhibitions, performance space or fitness facilities.

In a design statement, the architects and landscape architects said, “all architectural injections into the site aim to be non-invasive and ‘touch the site lightly,’ retaining both the existing industrial language and ecological ecosystems found on the site.”

All existing and newly created entrances to the site would converge on a new public plaza dubbed “Arrival Square,” which will also include a new restaurant. A new entrance to the site would connect Arrival Square via a footbridge over Neutral Bay to nearby Kesterton Park at the tip of Wurrabirri Point, which has ferry connections to Circular Quay, Manly and Pyrmont. Space would be made for Arrival Square by demolishing the small office building between the submarine school and the RANTME factory building. The office is the only structure on the site that the architects propose to remove.

Among the most dramatic additions to the HMAS Platypus site proposed by the architects are a proposed “clip-on” staircase and a free-standing elevator tower that will “cling to the landscape” and negotiate the upper and lower levels of the site. The base of the elevator tower would connect with an existing sandstone tunnel that terminates at the proposed Arrival Square.

The submarine school and naval workshop would be reworked to act as commercial spaces.

The Sydney Harbour Federation Trust was established in 1998 to manage federally owned land around Sydney Harbour that had formerly been used for defence purposes. While the sites were initially planned to be sold for commercial redevelopment, community backlash resulted in the federal government’s decision to establish the trust, which has a mandate to open the sites up for public use and manages sites including Cockatoo Island, the Macquarie Lightstation and Woolwich Dock.

The trust is inviting the public to provide feedback on the proposal, with submissions closing on 16 August.

Derelict submarine base in Sydney Harbour to be redeveloped 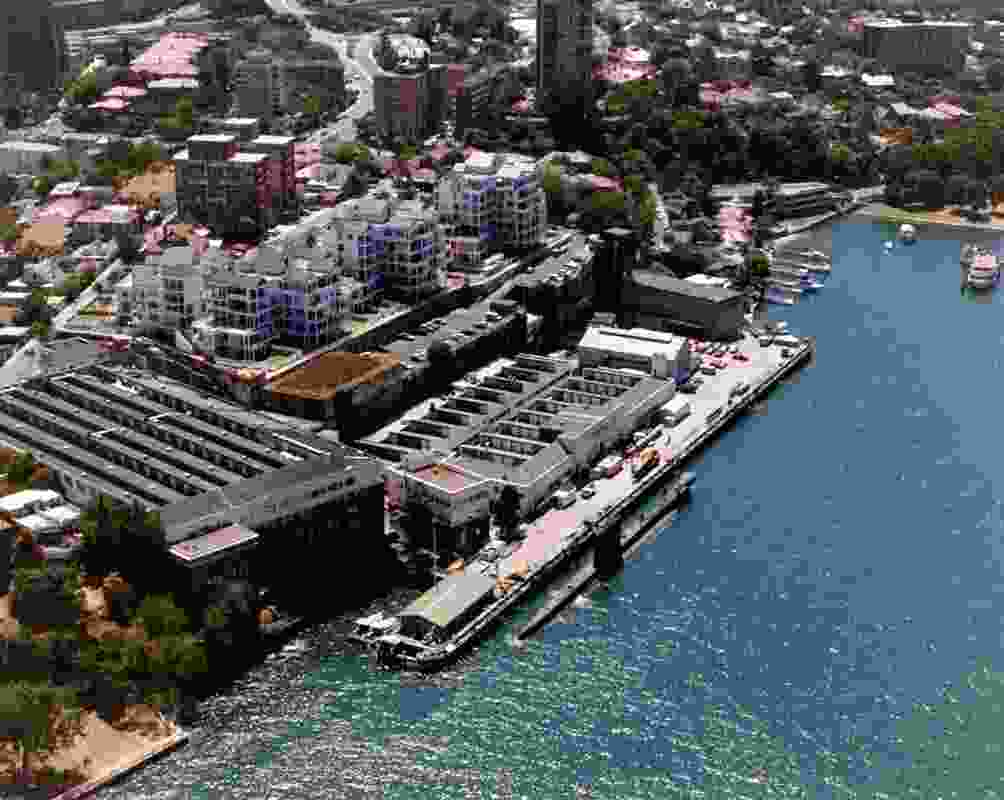 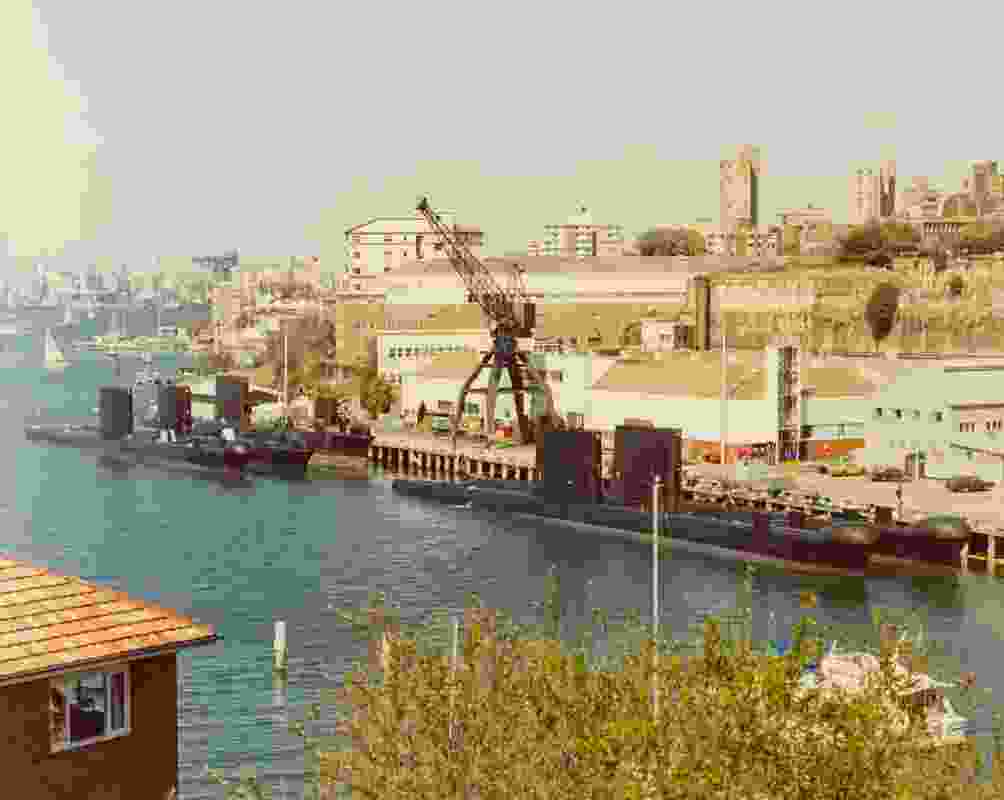 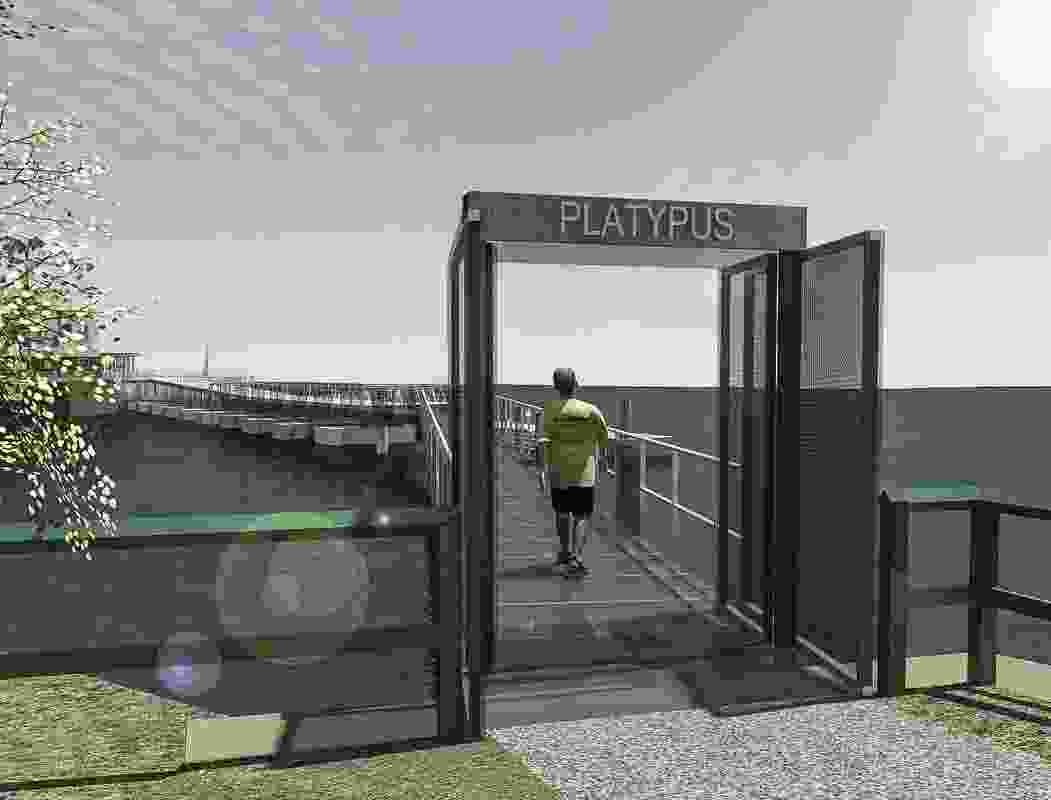 A new walkway would connect HMAS Platypus to Kesterton Park and the Sydney ferry network. 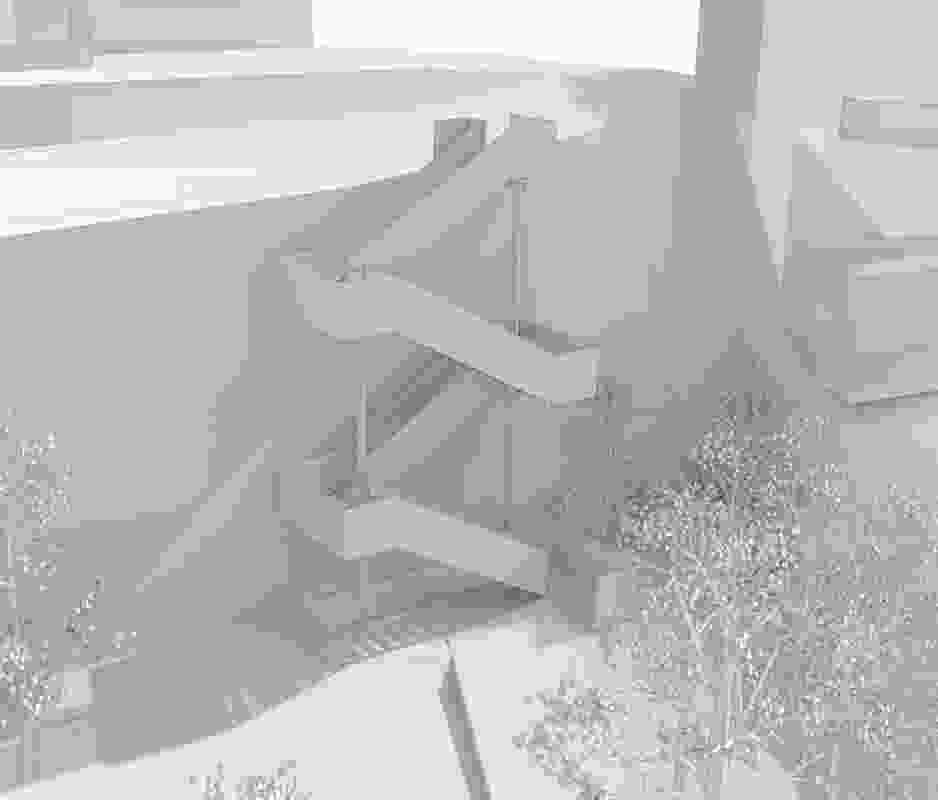 The proposed “clip-on” staircase at HMAS Platypus by Lahznimmo Architects. 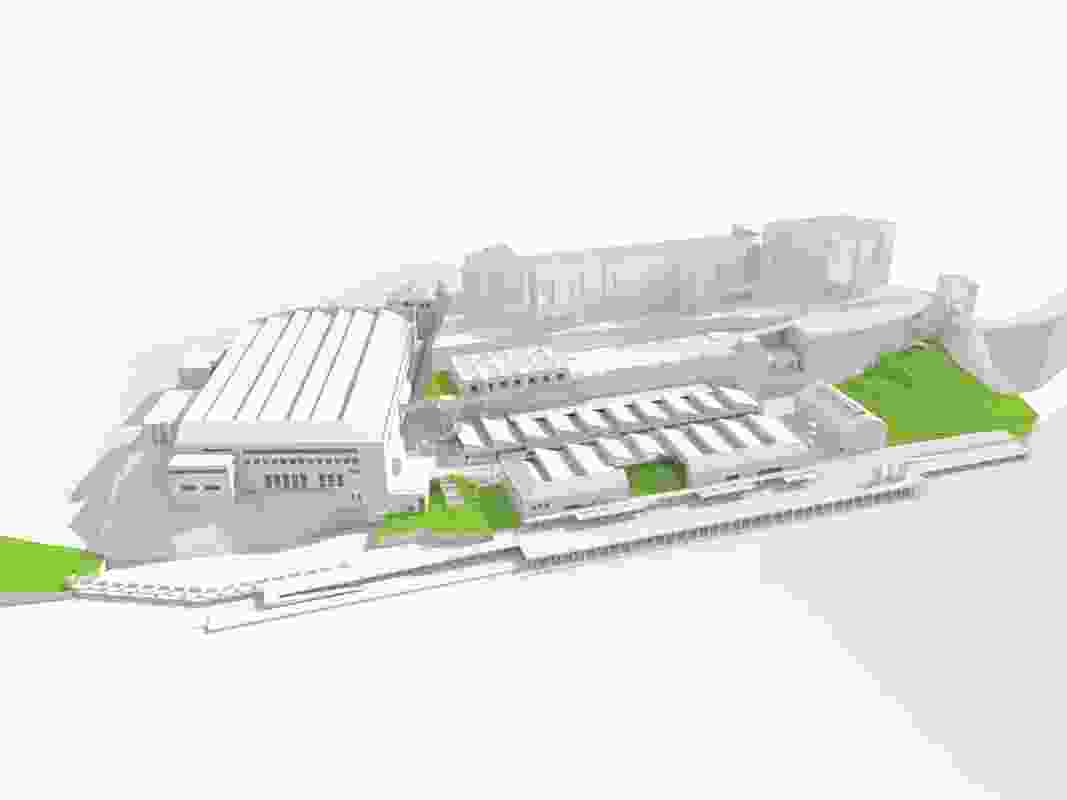 Central to the proposal by Lahznimmo Architects and Aspect Studios is “Arrival Square,” a new public plaza.