Major Projects Victoria and the Victorian Minister for Sport John Eren have unveiled the design of a new bridge over Melbourne’s Batman Avenue as part of stage two redevelopments of Melbourne Park.

John Wardle Architects were appointed in November 2014 following an open international design competition which yielded twenty-one submissions. The bridge is designed in collaboration with Oculus Landscape Architects, engineers GHD and Boston-based architecture practice NADAAA. This is the second successful collaboration between John Wardle Architects and NADAAA following their winning competition entry for Melbourne School of Design (2009), which was completed in August 2014.

The pedestrian bridge features a ramping path leading onto the bridge proper which links Melbourne Park with the parklands of Birrarung Marr, on the Yarra River’s north bank next to Federation Square. The bridge will create a new arrival point to the sporting precinct and a direct pedestrian path from Flinders Street Station. The design is intended to be sensitive to the alignment of existing bridges as well as the topography of the landscape.

Conceptually, it will also serve as a symbolic connection between “existing spaces steeped in egalitarian and democratic values,” Stefan Mee, principal of John Wardle Architects explains, referring to Speakers Corner in Birrarung Marr (historically a public place for speeches, lectures and demonstrations), and the outside courts of Melbourne Park (accessible to any tennis player of any level).

Also announced as part of stage two redevelopments were a new eight-storey administration and media centre by Hassell and the refurbishment of Rod Laver Arena by Cox Architecture.

Batman Avenue Bridge is expected to be completed in time for the 2017 Australian Open. 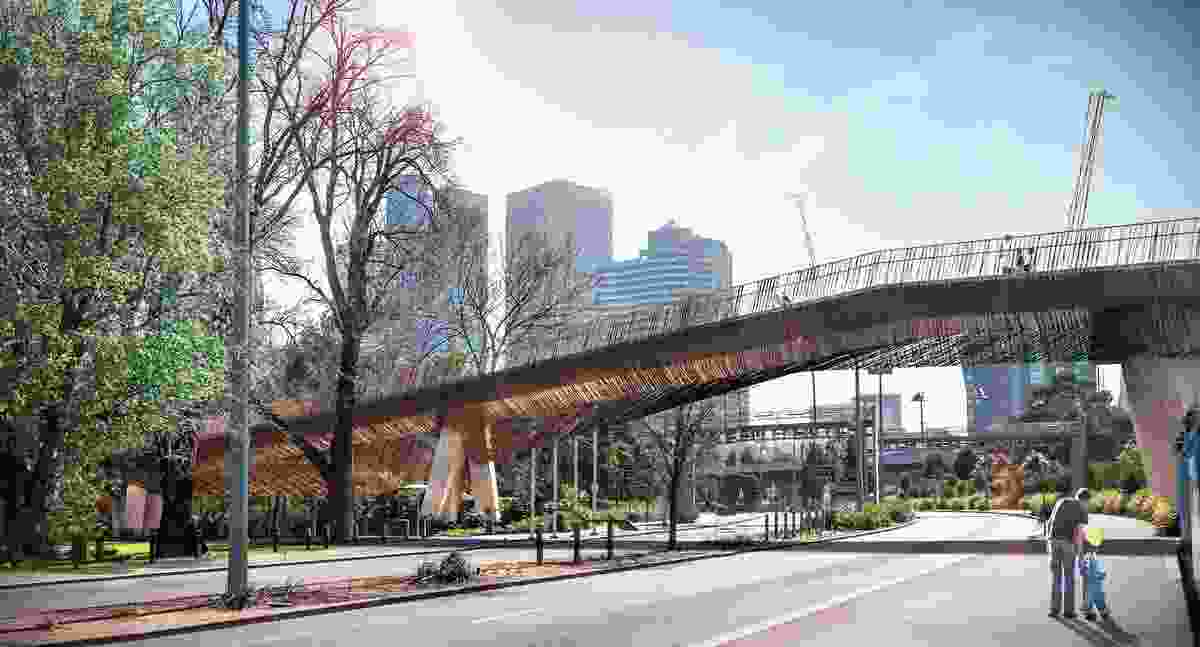 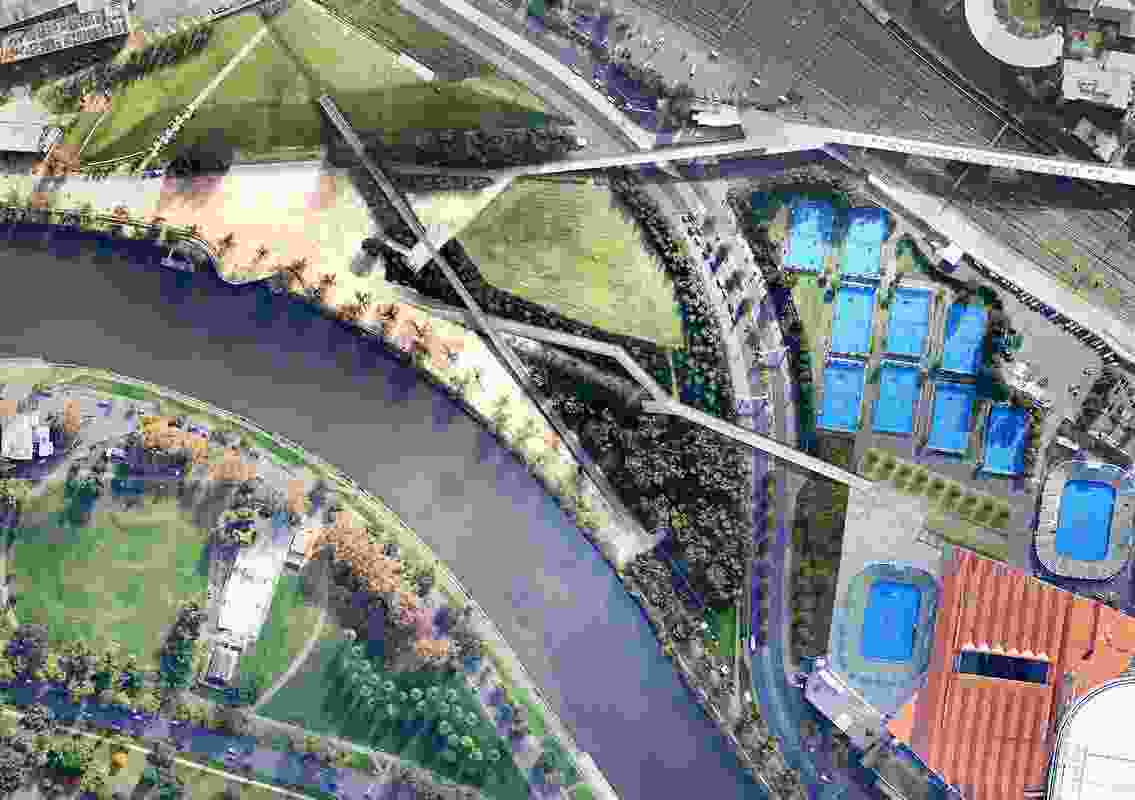 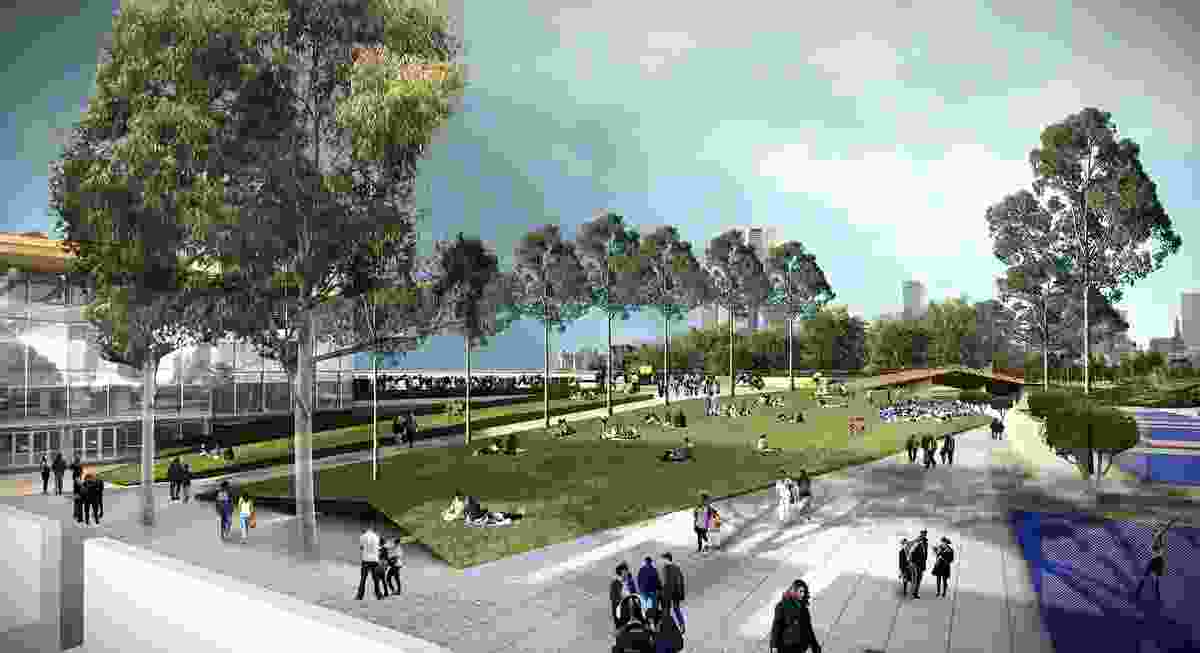 The ramping path leading onto the bridge. 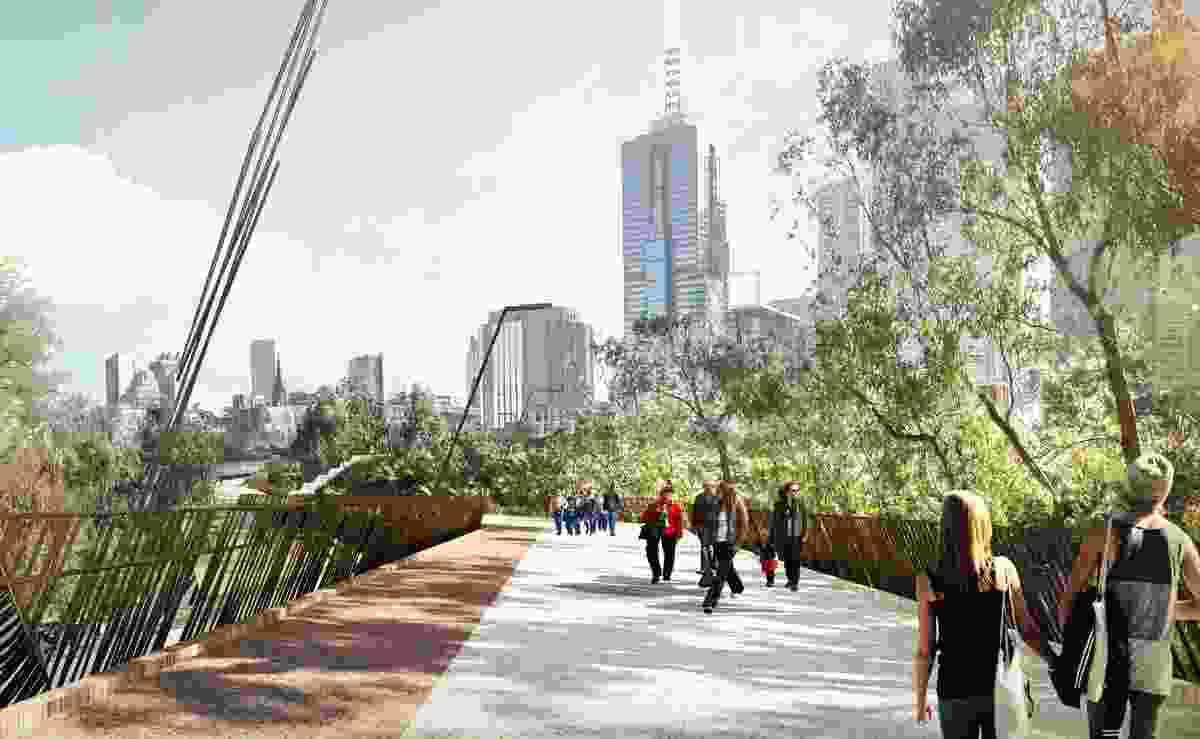 View from the bridge looking towards the city.