Kokkugia’s Roland Snooks looks at the detail as the generator of form and organization.

Babiy Yar Memorial by Kokkugia. Intensive processes of formation are exploited to generate intensive emergent effects within this project for a memorial space in Kiev.

Rather than considering a detail to be a finer resolution or articulation of a larger form, our studio Kokkugia is interested in redefining the detail as an operation that generates form and organization. This understanding posits the detail as a local procedure, or behaviour that, through repetition, operates to create a complex system of formation.

The idea of a detail as procedural formation draws upon the logic of swarm intelligence. Natural systems of swarm intelligence, such as flocks of birds, rely on the bottom-up local interaction of individual birds that give rise to a form of collective intelligence and the emergent behaviour of the flock. Within Kokkugia’s design methodology, a comparable process occurs in the interaction of architectural elements – structural strands, architectonic components and programmatic elements – encoded with design decisions, and these interact to generate a self-organization of design intent. This emergent process of formation is evident in Kokkugia’s National Art Museum of China project, which is not directly drawn or modelled but is instead generated through a swarm of individual elements that self-organize to create a coherent form at the macro scale.

Local positioning of design intent and the distributed operation of swarm systems enables a non-linear interaction of architectural concerns that are often posited as binary or sequential, such as the relationship of program and form, or structure and ornament. Kokkugia’s Fibrous Tower studies explore this relationship through the interaction of strands that bundle and weave in response to specific local requirements of structure and enclosure. As a consequence, the detail as procedural formation intrinsically resists the hierarchical and discrete articulation of tectonic systems that dominate modern architecture and contemporary parametric design. Instead, it operates as a mutual negotiation of these concerns, casting them in a constant feedback loop. Through these strategies, tectonic hierarchies emerge as differentiation within a continuous composite, rather than being predetermined or imposed.

The compression of tectonic hierarchies within composite materials has been a focus of the research Kokkugia has undertaken with students in the US and China. In these projects, a fibrous aesthetic is generated from the accretion of a high population of elements that form a cohesive emergent whole. The larger-scale construction of these fibrous composites is becoming increasingly viable through an emerging paradigm of robotic fabrication techniques.

In relocating the critical design decisions and operation of intent from the macro to micro scale, the detail is redefined as a generative procedure from which a non-linear architecture emerges. 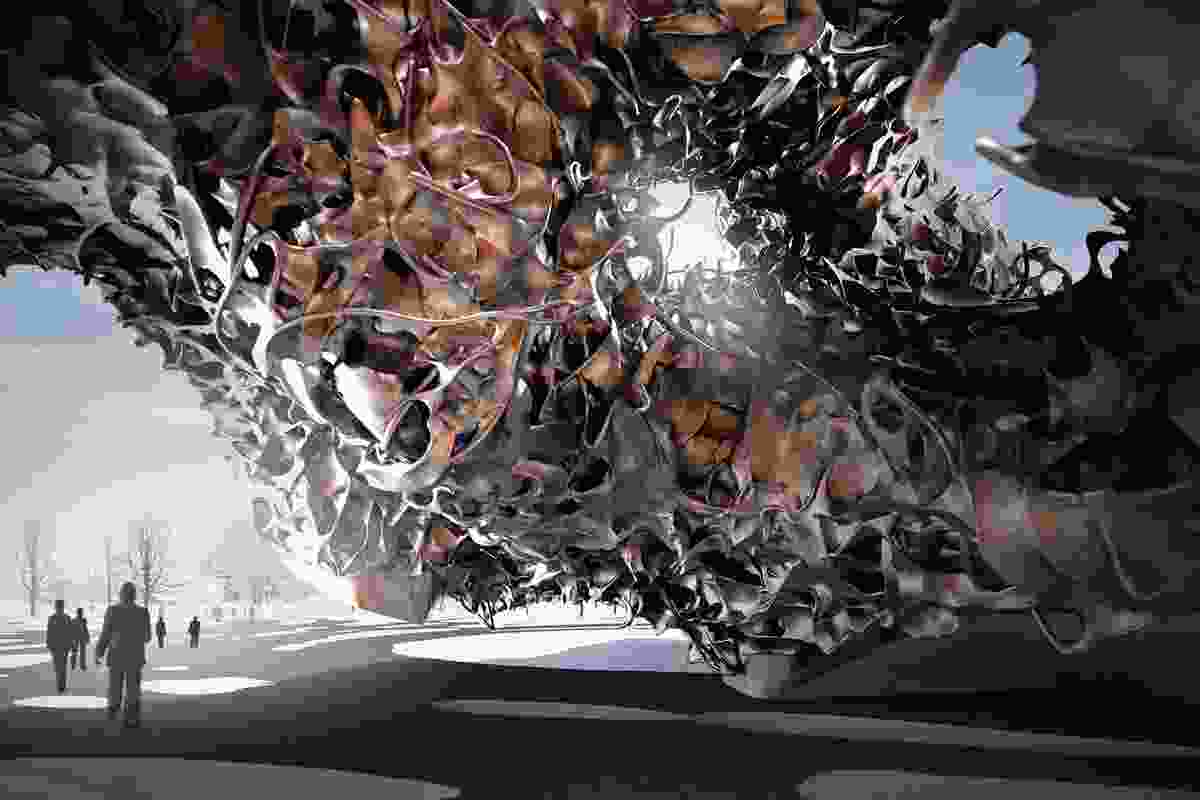 Babiy Yar Memorial by Kokkugia. Intensive processes of formation are exploited to generate intensive emergent effects within this project for a memorial space in Kiev. 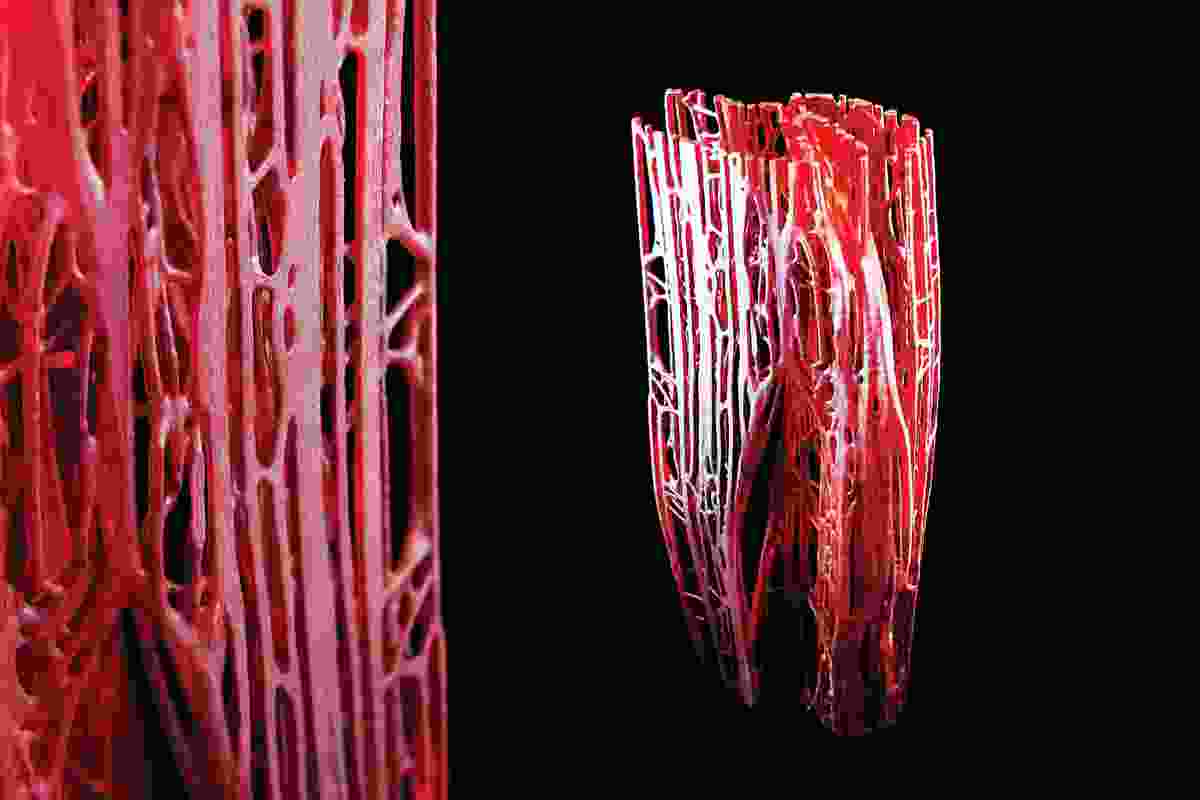 Fibrous Tower 2 by Kokkugia. An iteration from a series of fibrous skeleton studies generated through the interaction of structural and ornamental behaviours. 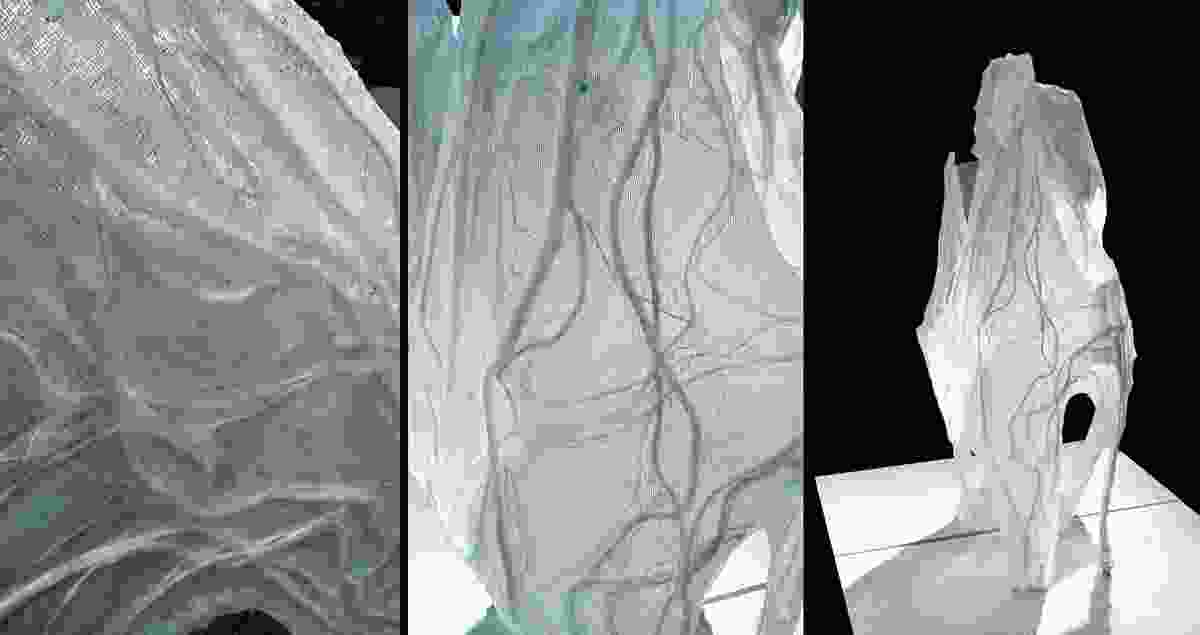 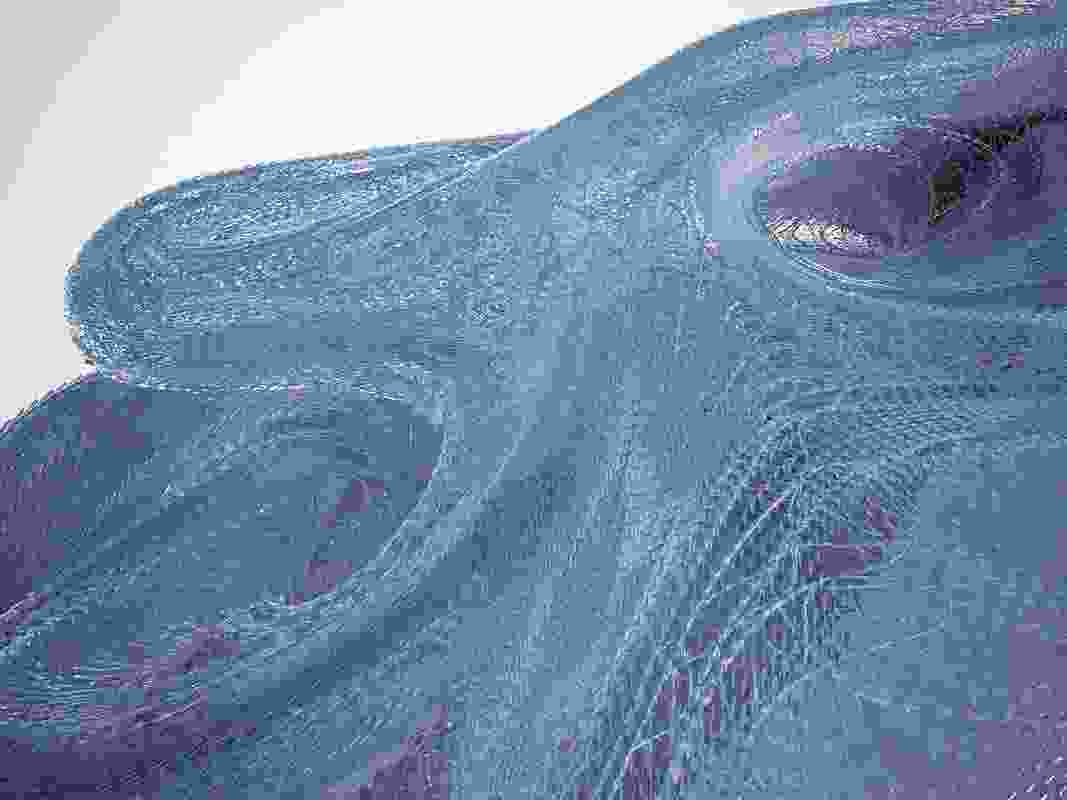 National Art Museum of China by Kokkugia (with Studio Zhu Pei). Form and articulation are generated within an agent-based system drawn from the logic of swarm intelligence. 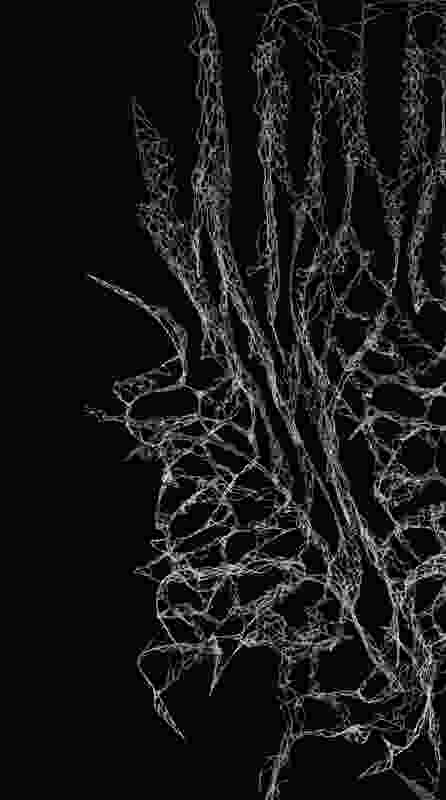 Swarm Matter by Kokkugia. Complex order at the macro scale is generated by the interaction of agents at micro detail – a figure emerges from an abstract continuous field.