For the past few years, CSR Cemintel has hosted the 9 Dots Award, a design competition open to both students and professionals within the Australian architectural industry. The winner of the professional category for 2014 was Sam Daysh, whose prize was a place on an 18-day architectural tour of Japan and China organised by Travelrite. In this postcard, the first of three he’ll send, he records his impressions of Japan and the buildings he is visiting.

St Mary’s Cathedral by Kenzo Tange, Tokyo. An incredibly emotive space, which succeeds largely due to an effort of geometry that resists understanding.

My preconception of major Japanese cities was that they were dense, restless, illuminated, clean, cartoonified and populated by diligent, friendly and highly respectful people. I can confidently say after my first week that this opinion has proved quite accurate.

A Japanese city is, to say the very least, an assault on the senses. One quality, though, that has consistently presented itself in almost every aspect of reality here – from traffic control to clothes and from public transport to food – is that of attention to detail. The effort and care that is evident in even the most trivial of tasks or objects is mesmerizing – particularly, of course, in regard to architecturally designed buildings.

The primary focus of this tour is the work of that great master, Tadao Ando. Other works that we have been fortunate enough to see first-hand include buildings by Frank Lloyd Wright, Toyo Ito and Kenzo Tange. All of the buildings that we have visited so far exude precision of a higher order than similar accomplishments on other continents that I have seen.

All elements, even air vents and expansion joints, are placed with such purpose that they form part of the architecture itself. They are not treated as those necessary afterthoughts that are so commonplace in Western buildings, but as part of a holistic aesthetic, resulting in architecture that is quite incredible and, at times, awe-inspiring.

These modern delights have left me hungry for more. Next week, the tour takes us to an intriguing mixture of traditional and contemporary buildings – I am now particularly keen to see how this commitment to quality manifests in Japanese vernacular architecture.

Sam Daysh is the winner of the 2014 9 Dots Award by CSR Cemitel. As part of his prize, he visited Tokyo, Hiroshima, Kurashiki, Imabari and Naoshima in the first week of his eighteen-day tour of Japan and China. 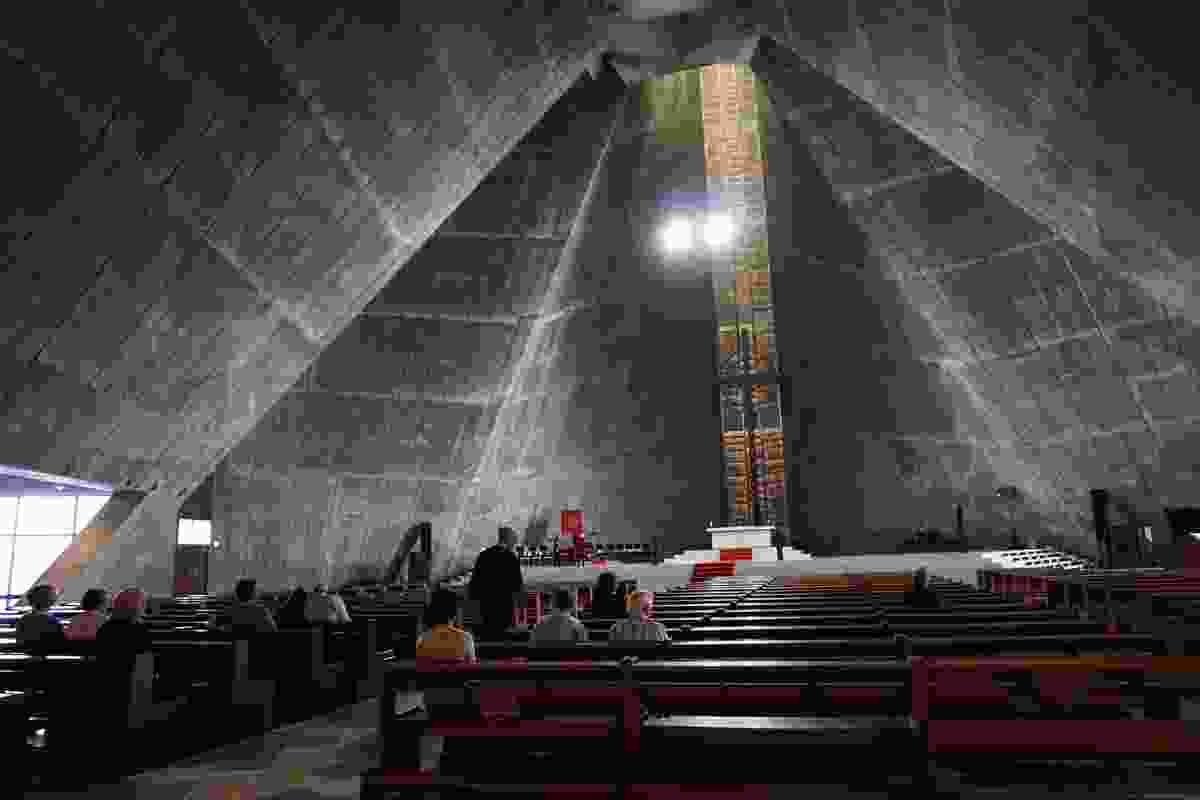 St Mary’s Cathedral by Kenzo Tange, Tokyo. An incredibly emotive space, which succeeds largely due to an effort of geometry that resists understanding. 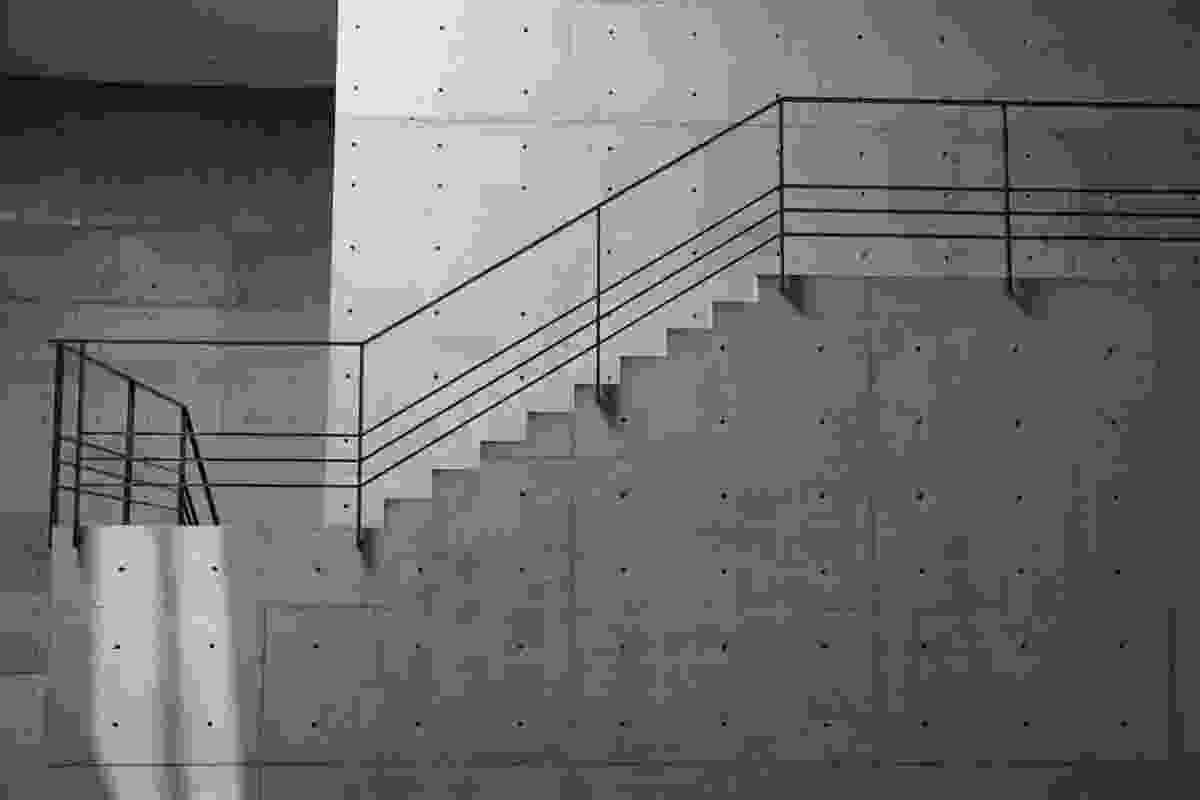 Naoshima Contemporary Art Museum by Tadao Ando, Naoshima. The stairs are carefully considered during design, not fitted with treads or nosings during construction 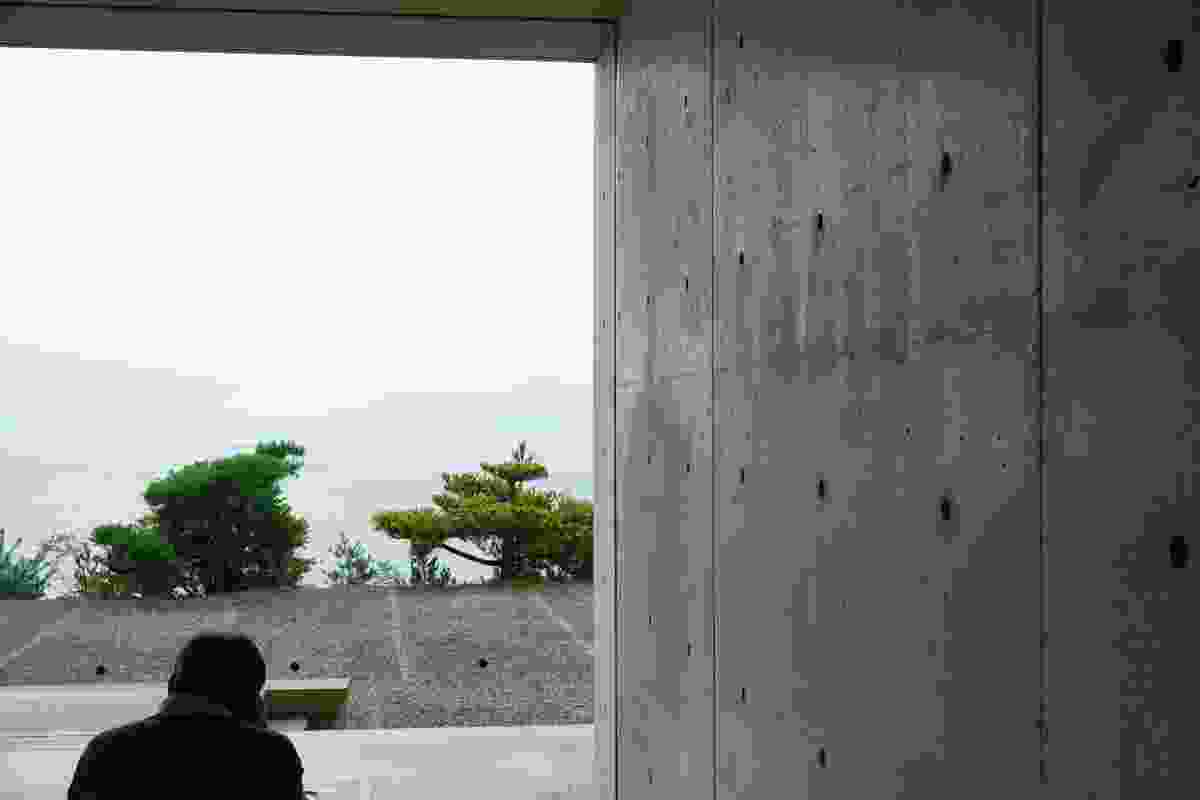 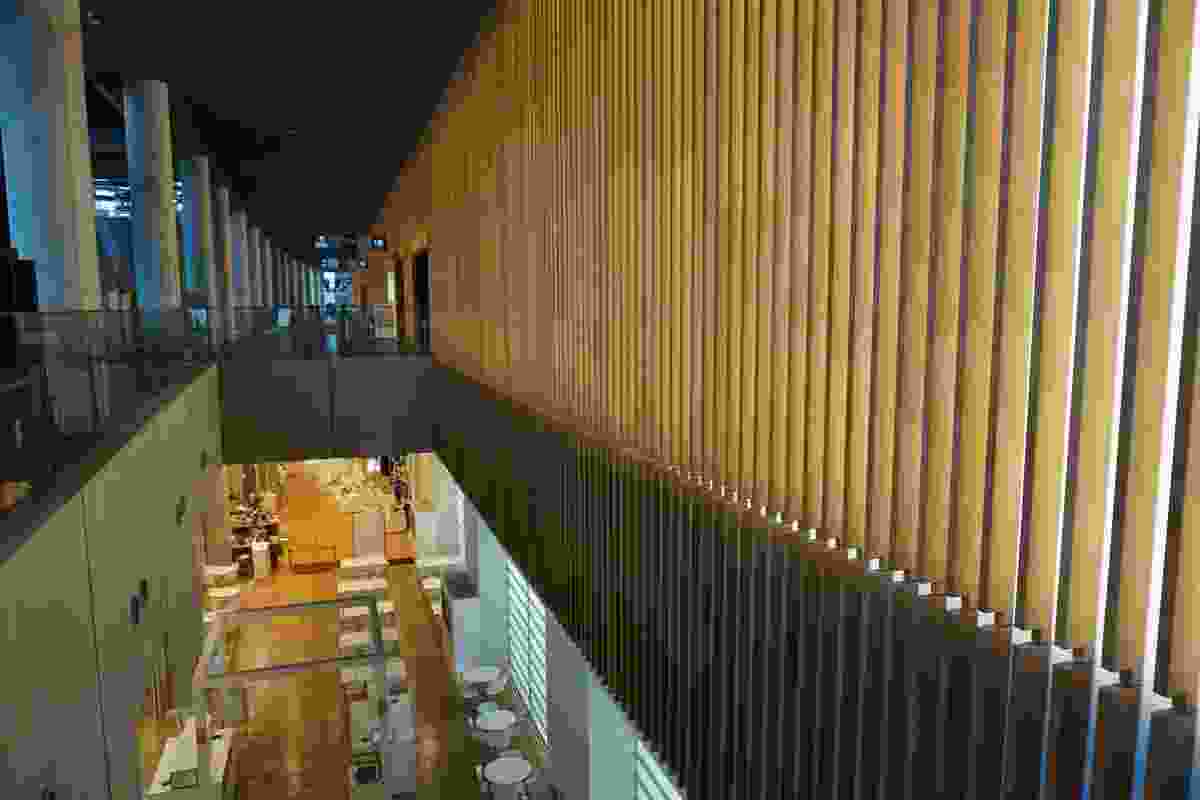 The National Art Centre by Kisho Kurokawa, Tokyo. Nothing except the contents of the gift shop below is positioned arbitrarily. 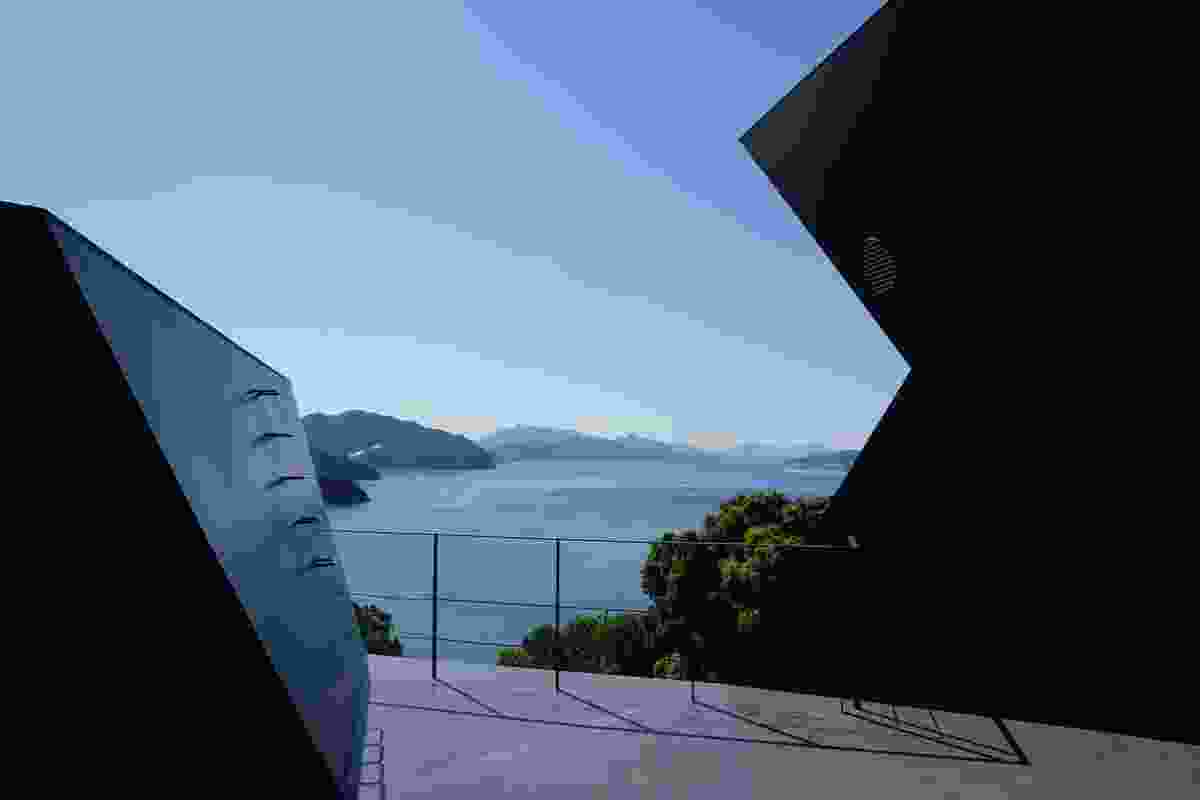 Rooftop of the Toyo Ito Museum of Architecture, Imabari - this could be an almost flawless digital render as easily as the real thing. 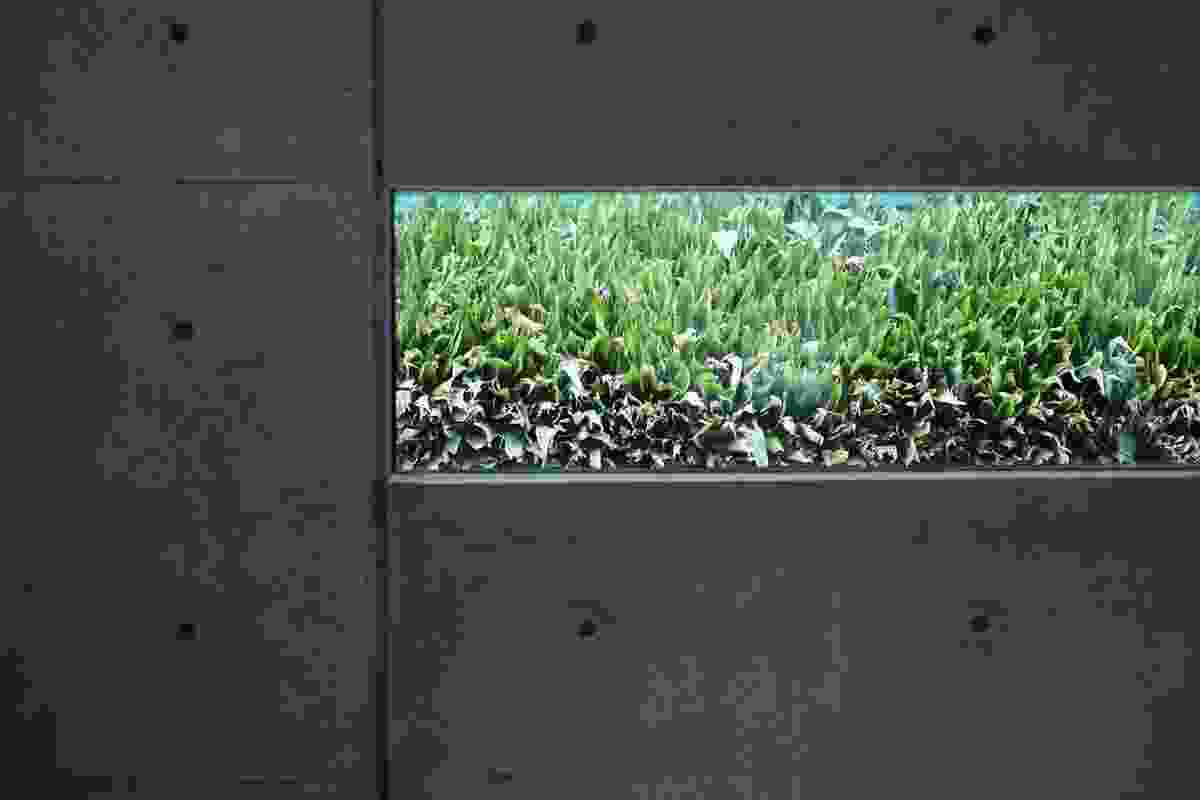 21_21 Design Sight Museum by Tadao Ando, Tokyo. The expansion joint is lined up with the window edge, while the top of the window is aligned with a concrete panel joint. 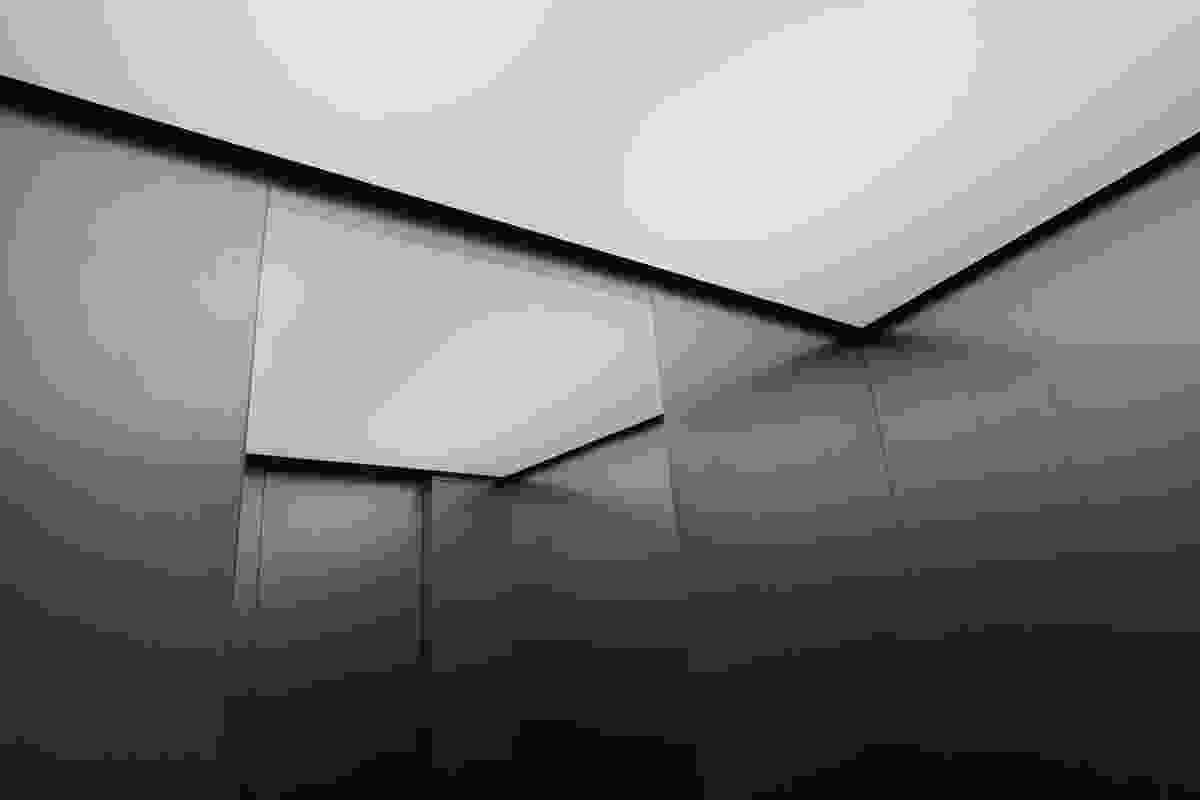 Lift interior at 21_21 Design Sight Museum by Tadao Ando, Tokyo. No part of the building, no matter how mundane, escapes the precision and quality of the rest of the building.