A pilot project to convert a section of a disused sewerage drain into parkland has begun construction at Williams Landing in Melbourne’s west.

Inspired by New York’s famed High Line, the pilot project covers a 100-metre section of the heritage-listed Main Outfall Sewer – a 27-kilometre-long sewerage canal that runs between an old pumping station in Spotswood (now part of the Scienceworks Museum) and the Western Treatment Plant in Werribee.

The concept design for the pilot section, which runs between Triller Court and Mallard Close, was produced by Henry Architects and will be delivered by engineering practice GHD. The park’s design features an informal children’s play area, an exercise station, picnic tables and a number of circulation paths that divide the space into outdoor rooms.

The project is part of the Greening the Pipeline initiative, which aims to transform the entire length of the 40-metre-wide Main Outfall Sewer reserve into a linear park.

A concept design produced by Arup in 2015 outlined ideas for a linear park that included urban agriculture, an outdoor amphitheatre, recreation paths, a community orchard, a sculpture and arts trail, health and sensory gardens, a pop-up event space and an outdoor classroom.

Once the pilot park is completed, proponents will begin seeking funding for the next stage of the project – a five-kilometre section stretching from Laurie Emmins Reserve to Skeleton Creek.

The Greening the Pipeline project is a partnership between Melbourne Water, Wyndham City Council, City West Water and VicRoads.

The Main Outfall Sewer was constructed in 1892-94. The sewer was decommissioned in 1993 and it was added to the Victorian Heritage Register in 2001.

“The Main Outfall Sewer is of scientific (engineering) importance as a major link in the most extensive engineering project undertaken in Victoria to that date,” the statement of significance reads. “The concrete and brick open and covered sewer is a fine example of the technology of the period, exhibiting a high level of integrity. The three major red brick aqueducts over Kororoit Creek, Skeleton Creek and the Werribee River are excellent examples of multi-spanned, arched masonry bridges.”

In 2005, ownership of the sewer transferred from Melbourne Water to VicRoads and the Federation Bicycle Trail was built along its length. 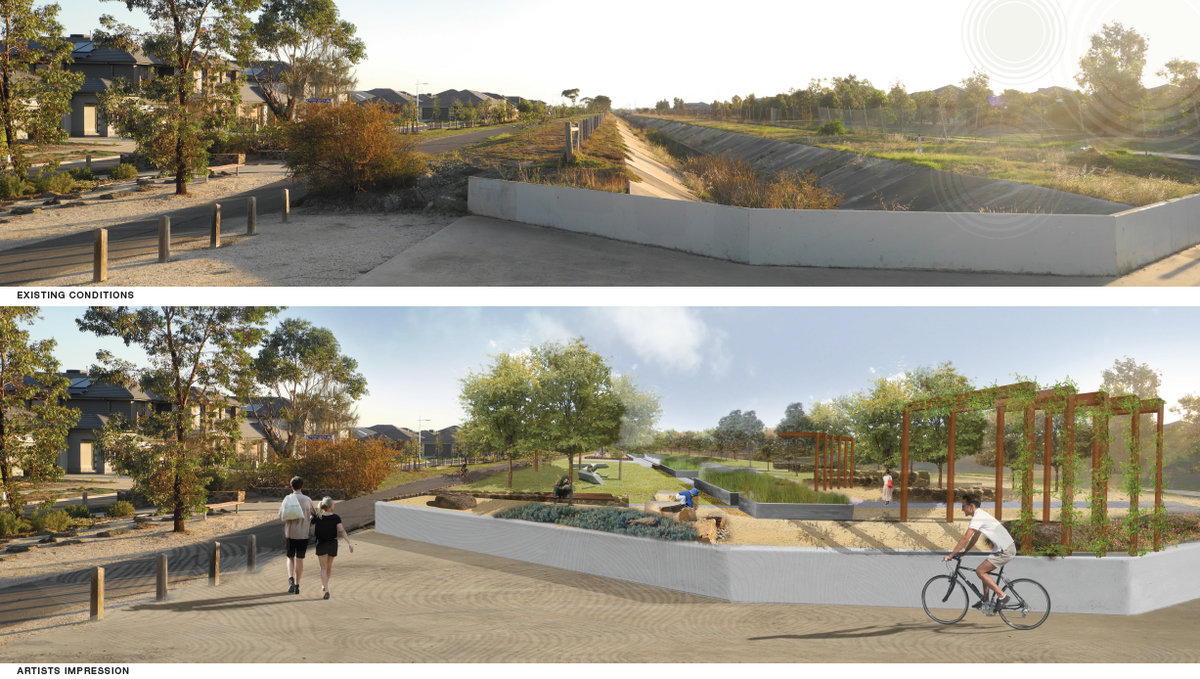