Academic and former Queensland Government Architect Michael Keniger has served on a design panels that have reviewed some of Australia's most prominent projects. In this essay, he charts the evolution of a now-widespread practice and questions whether the built environment has genuinely improved as a result of the review processes.

The redevelopment of Brisbane’s South Bank precinct, pictured, was subject to a design review process.

During preparations for the Sydney 2000 Olympic Games, planners recognized the risk to Australia’s reputation should the Olympic sites, infrastructure and facilities fail to measure up to the spirit of the games. The belief that robust processes would ensure high-quality design led to the introduction of a thorough design review process centred on the deliberations of a panel chaired by the then New South Wales Government Architect Chris Johnson. The panel’s mandate was to provide vigilance and advice concerning the quality and coherence of urban and architectural design for Olympic locations, venues and facilities.

Under Johnson’s disciplined leadership, the panel provided succinct advice and guidance on a range of project types across all scales – from the masterplan for the Olympic Park to the design of modest utility buildings. The effectiveness of the panel was directly related to the active involvement of David Richmond, director-general of the Olympic Coordination Authority, who attended the panel’s meetings. The inclusion of such a senior government figure ensured that the panel’s decisions and recommendations were promptly acted upon.

The lessons learnt from the operation of the panel influenced the creation of many other specialist panels across Australia, including the design advisory panel formed to assist with the reinvigoration of Brisbane’s South Bank. The South Bank Design Advisory Panel provided independent advice concerning design and development proposals and conveyed to proponents the nature and standard of design resolution sought to meet the ambition of the development authority. Recommendations were made directly to the chair of the South Bank Corporation, Steve Wilson. The utility of these two panels was related to each possessing a clear, project-based focus accompanied by an imperative to establish definitive benchmarks for design quality.

Following on from the efforts of these (and other) early panels, the use of design review processes has become an integral component of planning policies and controls at state and city levels, partly due to the efforts of state government architects advocating for the adoption and implementation of common approaches to enhancing design quality. The contribution of the United Kingdom’s Commission for Architecture and the Built Environment (CABE) in establishing the fundamental design review principles, related design policies and operational guidelines is broadly acknowledged. CABE’s success in building a national system of design review in the UK informed the design policies and guidelines of several states, including those of Western Australia, Victoria and South Australia. Canberra has a history of sustained design review and overarching design assessment processes, such as those established by the National Capital Development Commission. The current National Capital Authority Design Review Panel builds on precedents set for the nation’s capital and advises on major projects within designated areas of the ACT. A useful summary of the characteristics of the principal design review mechanisms and agencies was lucidly given by Geoffrey London in his reflection on the topic in the January 2014 edition of Architecture Australia.

In News South Wales concern about indifference to the design quality of multi-unit residential buildings led to the introduction in 2002 of a state policy mandating that architects were to be appointed for all projects over a prescribed size to ensure an acceptable design achievement. Design review panels of independent experts including architects, planners and those from related disciplines were established to advise on design standards supported by design principles that jointly served to strengthen the planning approval processes and to raise design standards generally. Although not adopted in full by all local authorities, State Environmental Planning Policy 65, Design Quality of Residential Flat Development (SEPP 65), provided a step change in the statewide recognition of the value of design quality for this building type. This cascaded into a broader recognition of the value of a higher quality of design of the built environment. Accompanying this policy, the NSW government has more recently released a draft architecture and design policy that aligns with those in other states and includes the formation of a NSW State Design Advisory Panel for significant state projects.

A significant vulnerability of advisory design review processes is that they are more at risk of being revoked than statutory processes and instruments when there is a change of government.

A significant vulnerability of advisory design review processes is that they are more at risk of being revoked than statutory processes and instruments when there is a change of government. In Queensland in 2012, draconian changes were made by the newly elected Liberal National Party government, which dismantled many design-related initiatives that it considered to be redundant or cosmetic. This included the decimation of the Office of the Queensland Government Architect and the defunding of the Board for Urban Places. With the dramatic change of government following a single term, the incoming Labor government largely reversed these changes in 2015. The government architect’s team has now grown, funding has been enlarged and its leverage across government has improved as the position now reports to the Deputy Premier through the Department of Infrastructure, Local Government and Planning. The current Queensland government architect, Malcolm Middleton, has been able to resurrect the key state advisory panel as the Queensland Urban Design and Places Panel, which focuses specifically on providing policy advice to enhance the quality of the built environment.

With the broadening of the use of design review mechanisms, the value and effectiveness of expert and independent advice and judgement has become both better understood and appreciated. Evidence of the impact of design review is largely anecdotal, although work is underway at RMIT University’s Centre for Urban Research as part of “The Value of Good Design,” a pilot project funded in part by Government Architects Network Australia and the Australian Institute of Architects that examines how design outcomes in the built environment result from design review panels and design guidelines. The generation and publication of thorough case studies could illustrate just how review processes have contributed to the enhancement of the nature and quality of the built environment.

Among the concerns expressed about design review are the occasional misalignment between the advice given by a review panel and the inability of some development control plans to allow the advice to be enacted. Furthermore, a criticism of the use of expert panels is the disparity of expertise and experience that can arise between panels. Some panels are also considered to have exceeded the boundaries of what they are entitled to recommend. And should a review assessment be accepted, its implementation could well entail considerable reworking of a scheme with consequent increases in design costs and inevitable push-back from the respective client.

The use of considered design policies and the appointment of skilled panellists from the appropriate disciplines enables design matters to be declared and recognized. Unquestionably these are worthy outcomes, but it may be time to gauge their effectiveness and to measure their impact on the quality of the built environment.

Setting aside the individual complications and frustrations that might arise from the adoption of thorough, critical review processes, a broader evaluation would seem to be timely. As suggested by Geoffrey London, the supplementary value of a formalized design review is that it is a signal of recognition that design quality is important to the shaping of buildings and spaces in our cities and towns. The use of considered design policies and the appointment of skilled panellists from the appropriate disciplines enables design matters to be declared and recognized. Unquestionably these are worthy outcomes, but it may be time to gauge their effectiveness and to measure their impact on the quality of the built environment. An ambition for the initial introduction of the widespread use of design review panels and the design-based codes formalized by SEPP 65 in NSW was to establish a new sense of civic order as the density of cities and towns increased and to ensure fundamental expectation for the quality design of a rapidly expanding number of apartment projects.

How do any identified advances square up with other processes and procedures that work against the achievement of high-quality design outcomes? The competitive pressure to minimize fees, the novation of architects from direct engagement with the client to a subordinate engagement with the contractor and the continual demands made to accelerate the development approval period all serve to work against achieving the quality of the design of the built environment that is encouraged by the well-intentioned design review principles and processes.

Progress has been made, but the battle to enhance the design quality of the built environment goes on.

Michael Keniger was the interstate member of the Sydney 2000 Olympic Design Review Panel, chair of the inaugural South Bank Design Advisory Panel and is the chair of the Brisbane Airport Corporation’s Development and Design Integrity Panel. He was recently awarded the National President’s Prize by the Australian Institute of Architects. 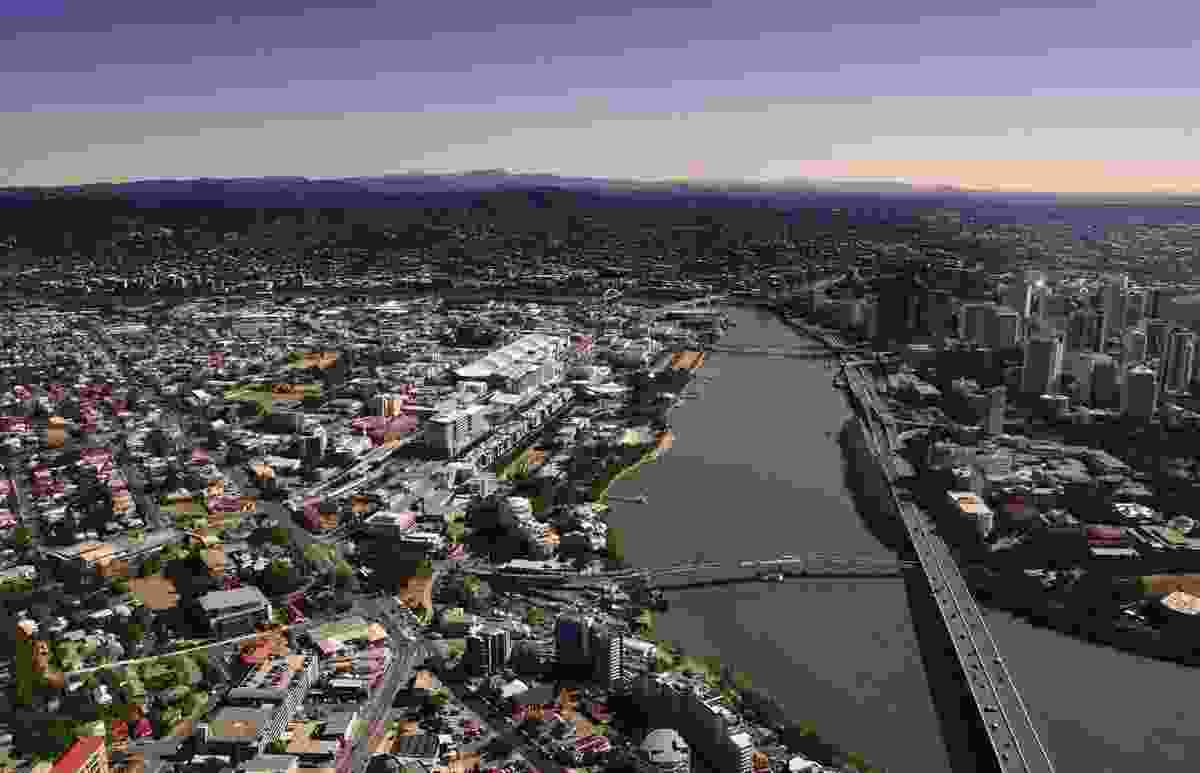 The redevelopment of Brisbane’s South Bank precinct, pictured, was subject to a design review process.