The pragmatic is mixed with the poetic, as precast concrete, steel and glass come together to form this robust holiday house perched on the Tasmanian coast.

After the clients’ first holiday home was lost in a fire, this new house was built to endure.

At the start of 2013, a giant fire roared through Dunalley and along the Forestier Peninsula. More than one hundred homes were lost throughout south-eastern Tasmania in these disastrous fires and affected communities are still in the process of rebuilding. With no time to evacuate, the owners of Dunalley House watched from the shoreline as their brick holiday home was destroyed. Understandably, the effect of this event was at the front of their minds when they approached Stuart Tanner Architects shortly after to design a new holiday home that was “robust” and defensible, yet felt like it was “floating on the water.”

The large site is at the southern end of Dunalley Bay and includes an exposed point that looks west toward Hobart and Mount Wellington across multiple bays and peninsulas. Stuart Tanner saw the key roles of this building as providing protection in a location exposed to wind, fire and sun; and offering a way to experience a vast, sublime expanse of sky and water. He also needed to keep within a healthy, yet modest budget and have the building completed within a short timeframe. So before deciding the exact siting and layout of the building, he walked the site with a regular collaborator, Scott Cordwell of building company Cordwell Lane. Together, they discussed systems of construction that could fit within the project parameters. A modular building of precast concrete, steel and glass emerged at this point, making a good match with the aesthetic and pragmatic desires of the clients.

With a building system in mind, Stuart returned to thinking about what the site needed and found that he was repeatedly drawing strong horizontal lines in section. Pragmatically, he felt that the building needed a large roof, like a hat, to protect the occupants from the sun and poetically, he wanted to offer a way to frame and thus a way to experience the sublime vista. What emerged was a two-part plan that offered a “terrace for living and a bunker for sleeping,” sited as close as possible to the shore to create the feeling of the house hovering over water.

Following these intuitive sketches, the strongest gestures on the site are the parallel planes of the terrace floor and roof. Extending beyond the glazing and seeming to hover above the ground, these cantilevered planes of concrete, timber and steel form a bold frame to the view, like a letterbox film format. The detailing of the glazing is deliberately uncomplicated, with commercial sections simply sitting on the slab edge. But the effect is to emphasize the horizontal planes and the feeling of being sandwiched within the viewing frame. Material finishes and textures such as trowel patterns, timber grain and rolled mild steel were selected to enhance the continuity between inside and out and to offer variations in the reflection of light.

Meeting the living terrace to form an “L” in plan, the bunker is a much more direct, practical building. True to its name, it is predominantly made from precast concrete and painted cement sheet, with openings punched into the skin and its southern face almost entirely closed to protect against fire. But true to the design concept, the pragmatic is still mixed with the poetic. At one end of the bunker is a series of relatively monastic bedrooms and bath-rooms that take in more intimate views of Dunalley Bay, and at the other end is a minimalist bathing space with a freestanding bath and an entire glazed wall at the west that was made just for admiring the view. Between these wings is a foyer accessed by a heavy, steel-clad entry door. Once opened, the entry deck links the foyer with a jetty-like structure reaching toward the coast, forming an axis with a small island in the bay and Mount Wellington beyond. And at the end, a fire pit is located to offer an external point of focus. Critically, the two wings form a protective arm to the prevailing north-west wind, such that in wild weather utterly calm breakfasts can still be enjoyed on the entry deck, with the kitchen serving to this outdoor space via awning-style glazing.

As you would expect from a holiday house, the key experience of the site is from the living terrace. Despite the illusion that this building hovers above the ground, the weight of the materials and the plan arrangement work in concert to offer a quiet, protective space from which to enjoy this remarkable place. In fact, there is such an expanse of sky, sea and land to see, it seems essential that the building act as a frame to contain the overwhelming nature of the view and amplify its subtleties. Ultimately, though, the strongest player here is light. The strong horizontal surfaces absorb and reflect changes of light across the sea and sky throughout the day, such that the interior atmosphere can transform entirely from morning until night. It is good fortune that this is a home dedicated to holidays, as this mode offers time to stop and just sit “within” the view, enjoying these subtle changes as they occur. 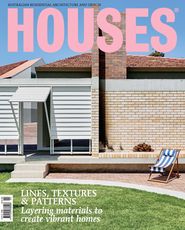 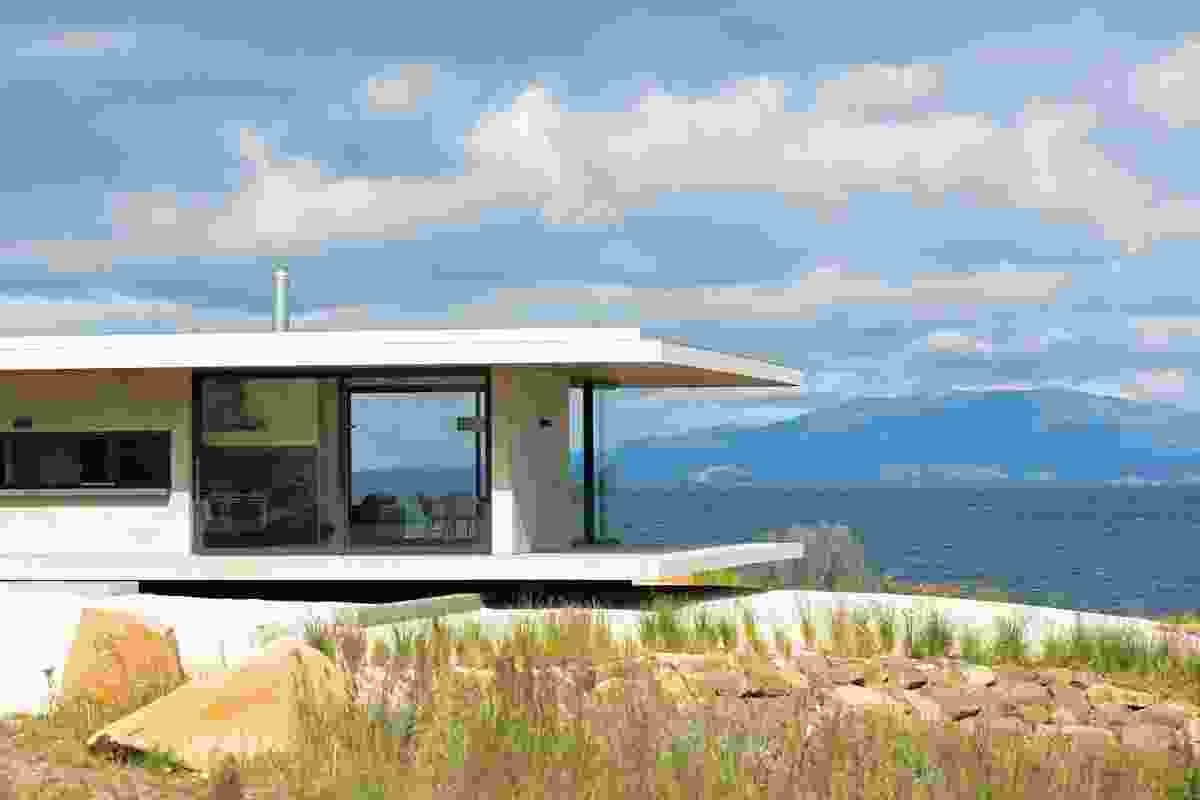 After the clients’ first holiday home was lost in a fire, this new house was built to endure. 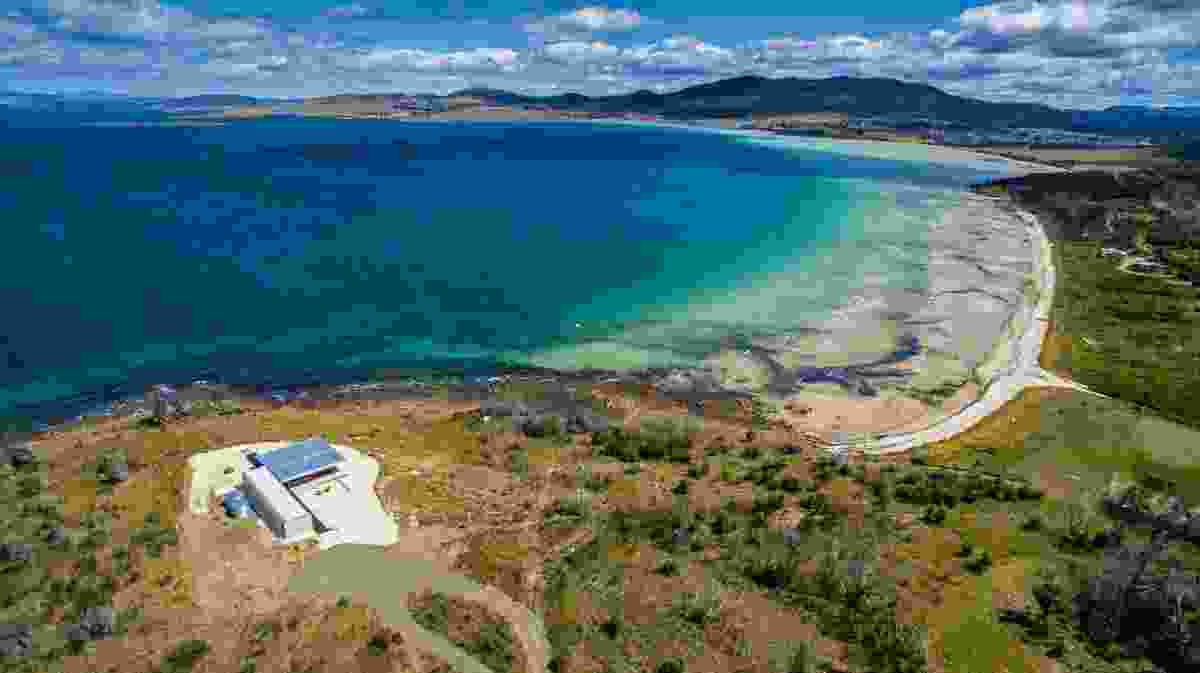 The site enjoys expansive views of water, land and sky yet is vulnerable to fire, wind and sun. 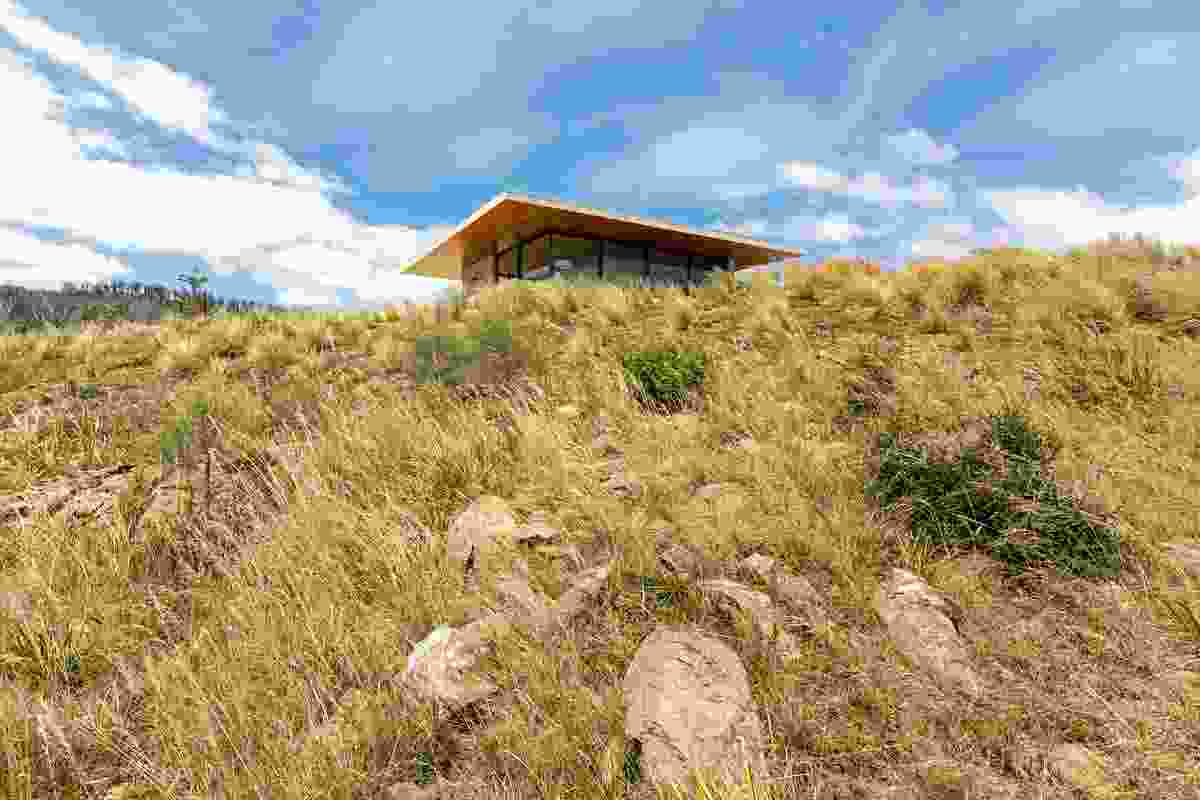 The long concrete roof acts as a beach hat, providing protection from the elements. 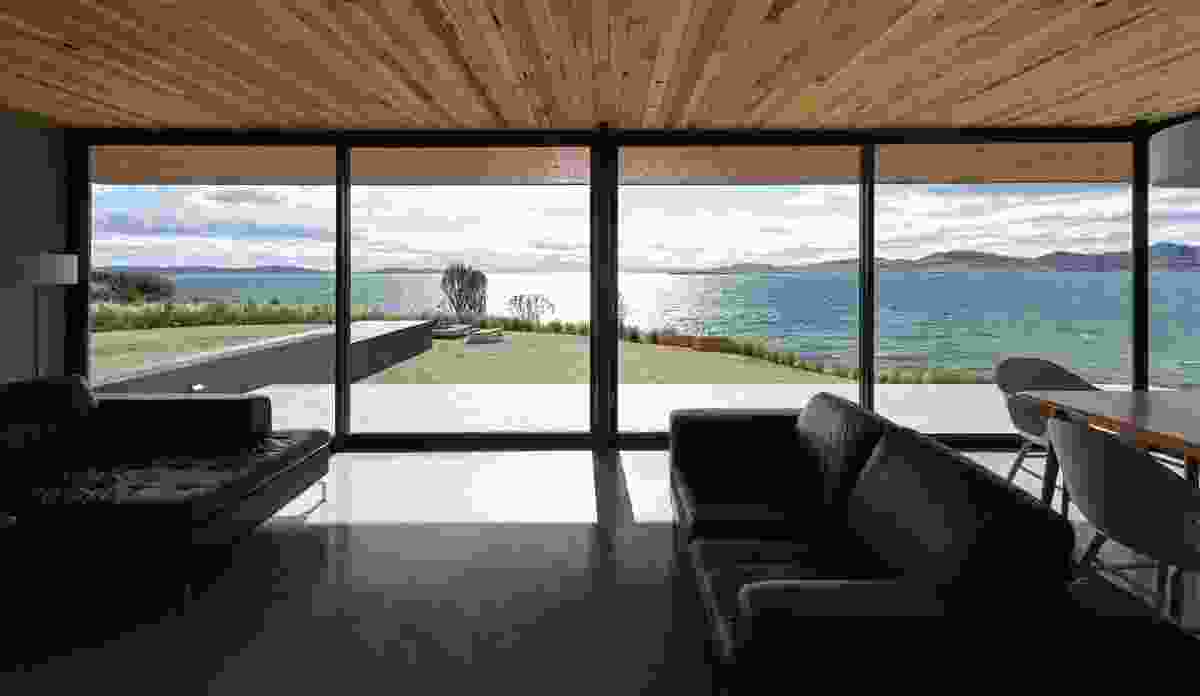 The roof and floor plate form parallel planes that frame the views in the living and dining areas. 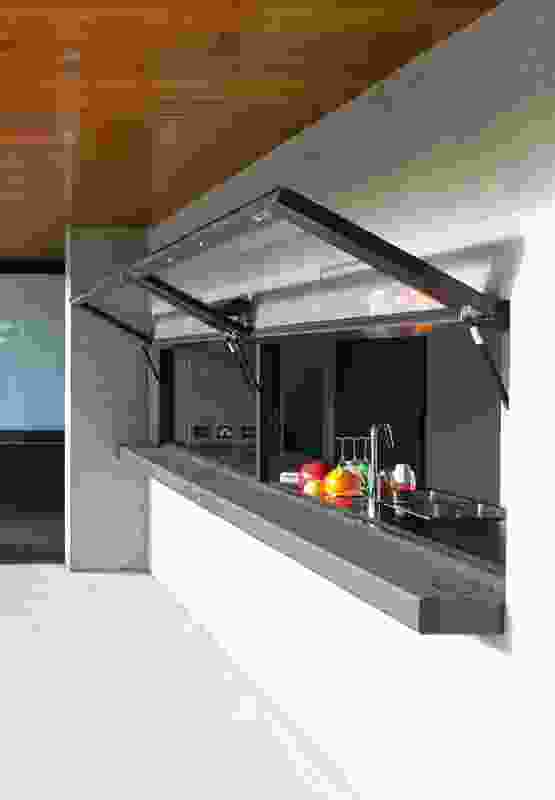 Awning-style windows in the kitchen open it up to the entry deck, making meal set-up easy. 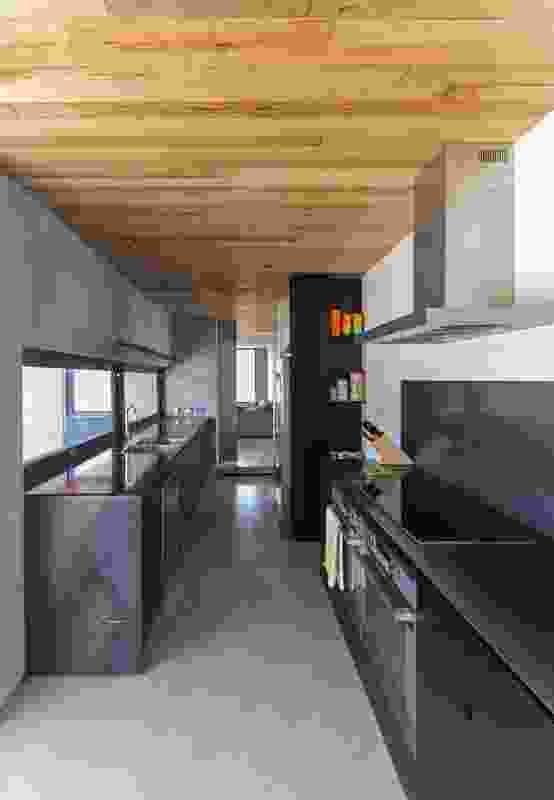 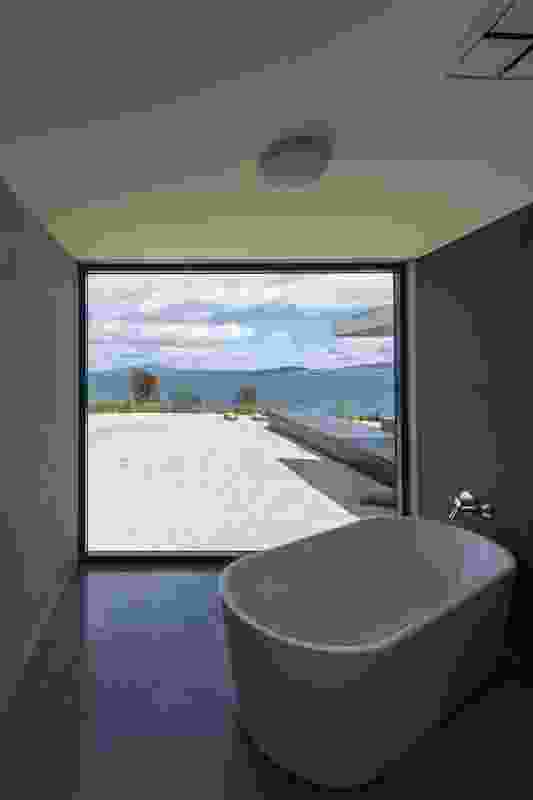 A minimalist bathing space on the house’s west end allows its users to soak in the views. 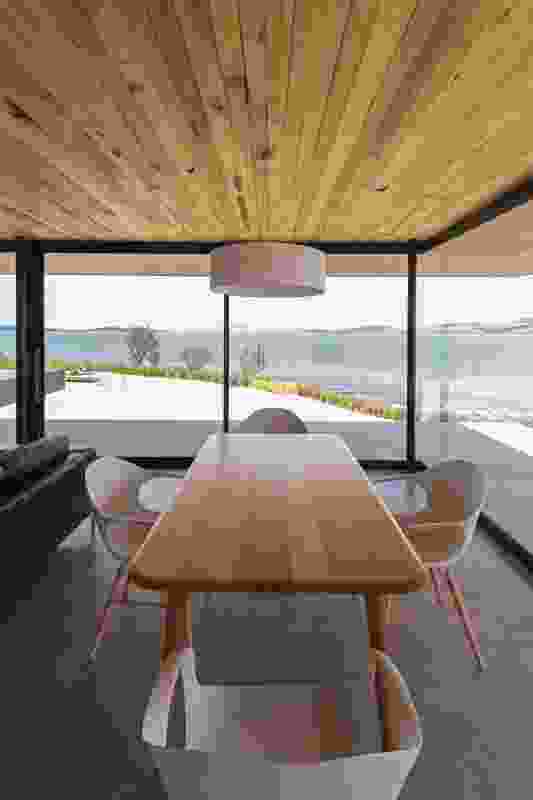 The dining room offers a protective space to watch light play across the bay and landscape. 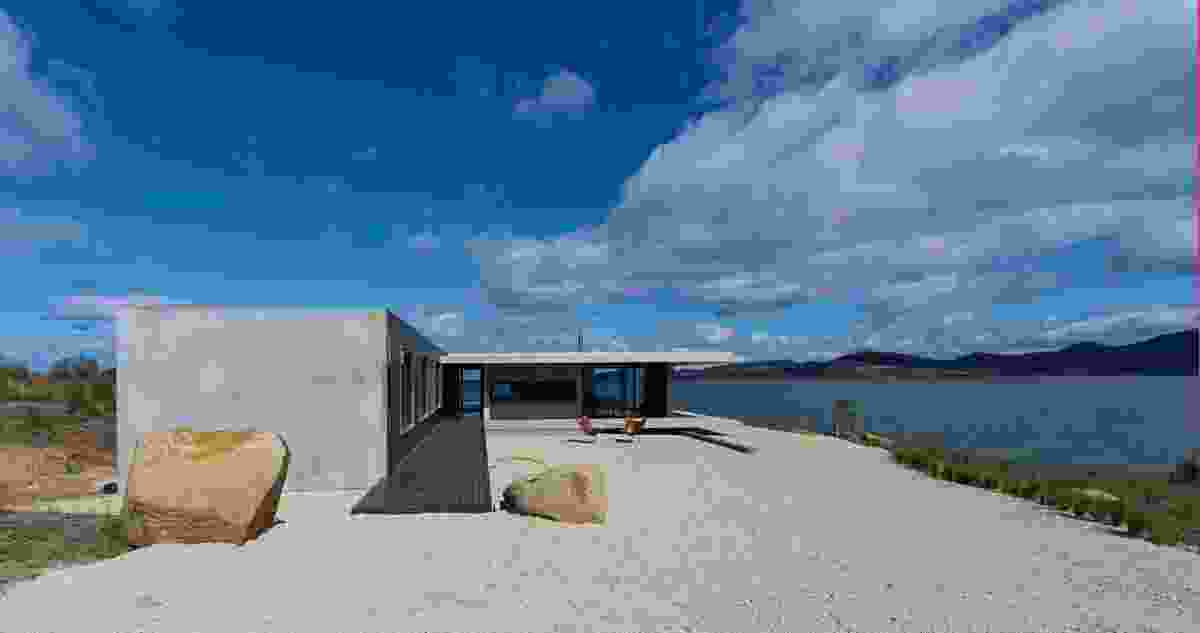 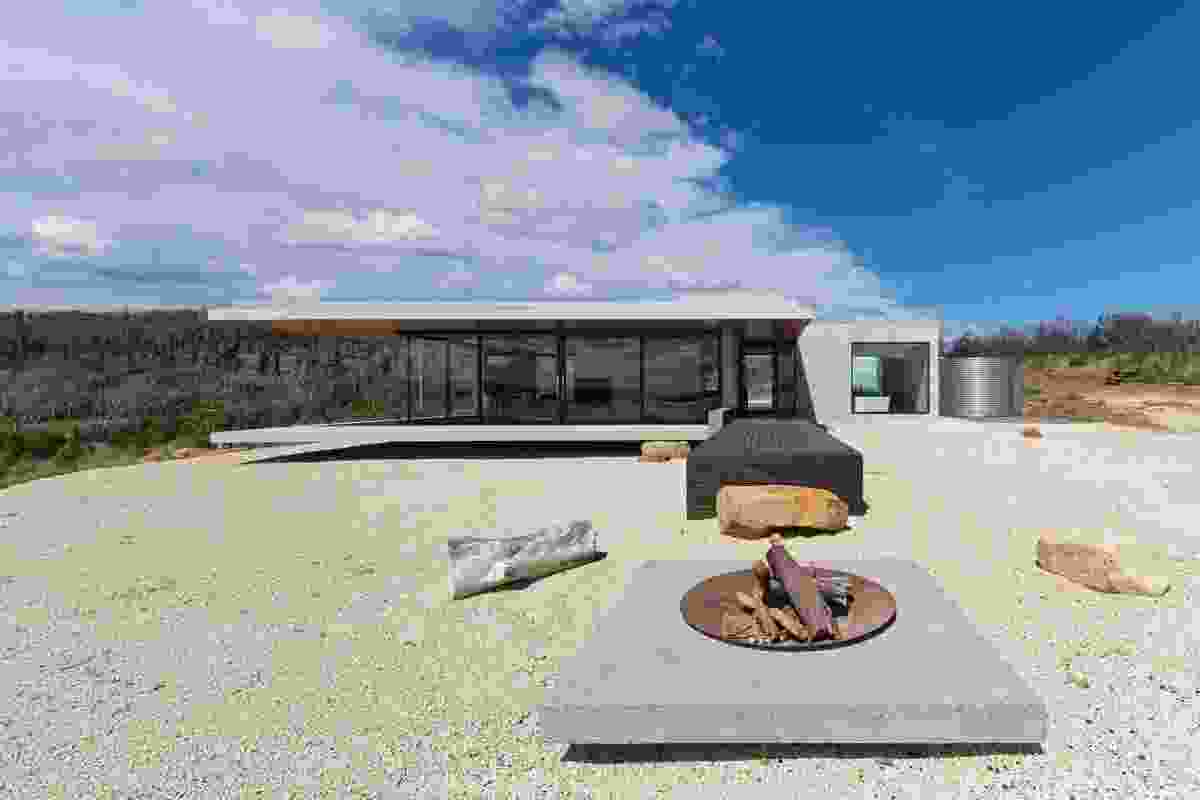 The entry hallway extends westward through the house, expiring at the fire pit. 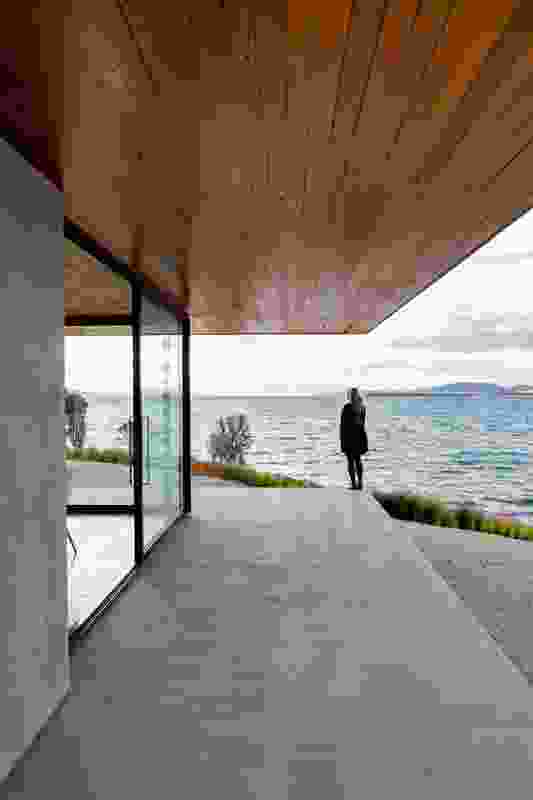 While the house “floats” on the land’s edge, the solid materials lend a grounded feeling.