The ACT government has released early indicative concept designs by Hayball for a major education campus and bus interchange for Woden in Canberra.

The proposed Canberra Institute of Technology campus is anticipated to serve 6,500 students each year, while the proposed bus interchange will integrate with a future light rail terminus underpinning Woden’s ongoing development as a business, transport and education centre.

As part of design development, the government is seeking community feedback what the campus should look like.

“We have a unique opportunity to design and build a high quality integrated mixed-use campus where Canberrans can study, catch public transport and access a range of community services,” said tertiary education minister Chris Steel.

Funded as part of the ACT Government’s $14 billion Infrastructure Plan, the new campus and public transport interchange will be built on the site of the existing Woden Bus Station. The government said the central location was chosen for its convenient linkages to the Woden Town Centre and its convenient access to Canberra Hospital and medical services, major retail and employment, schools and educational institutions.

The Woden campus will replace Reid CIT, on Constitution Avenue, where the University of New South Wales is building its own campus.

Local member Bec Cody the proposed campus would be bigger than any previous CIT presence in Woden.

“This new CIT has the potential to completely reshape the North-East of Woden Town Centre from a concrete and asphalt jungle into a modern teaching campus connected with local business, new public spaces and the nearby Westfield,” she said.

“The new Woden CIT will give young people on the Southside the opportunity to study in their own community, and I encourage current and future students to get involved and have their say on their campus.”

Hayball developed the concept design for the campus through head consultant Arup. A developer is expected to be appointed in 2021, with construction on the campus starting in 2022 and the facility opening in 2025.

A spokesperson for the ACT government said, “The business case for the project is due to be finalised mid-year at which point approval for project delivery will be sought. This will include confirmation of the preferred methodology for the selection and engagement of the project’s architectural and design team.”

The community feedback survey will run until Wednesday 17 June and will include topics such as building heights and layout, green space ratios, connectivity to local facilities, public transport integration and sustainable design features. 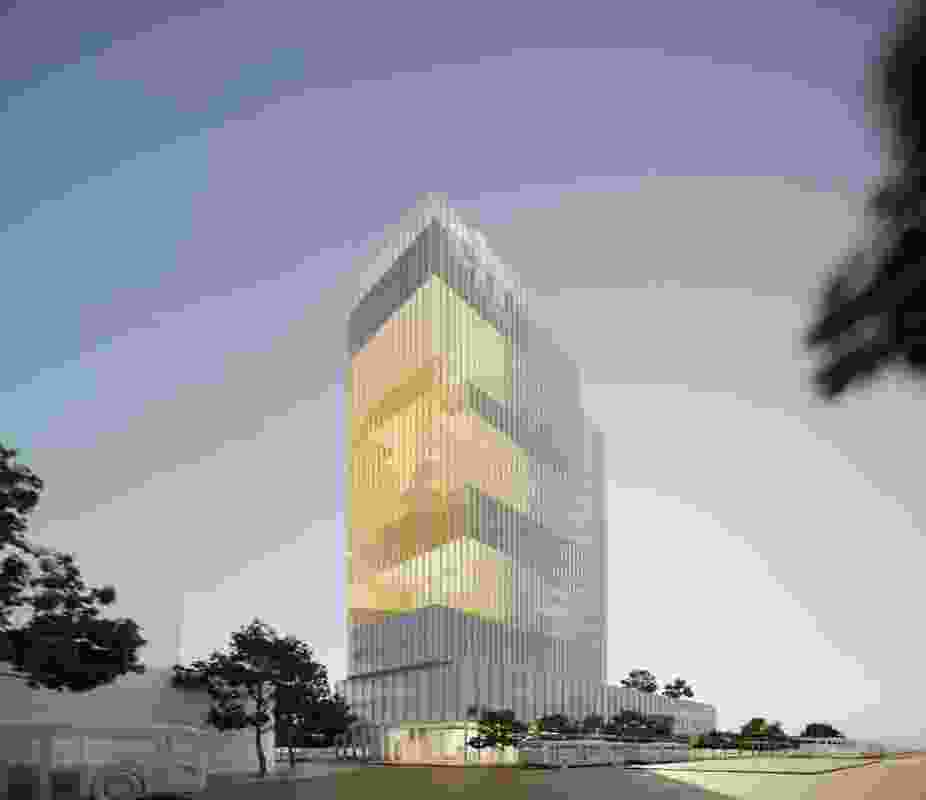