Phillip Nielsen reviews the 2018 Asia Pacific Architecture Forum, which took place at venues across Brisbane from 10 to 23 March.

This year’s Asia Pacific Architecture Forum, running from 10 to 23 March, has offered up a smorgasbord of juicy cuts and sweet morsels of design thinking in the Asia Pacific region. Across a series of lectures, buildings tours, events and exhibitions, the work of architects and designers in the region has been discussed, dissected, divulged, demystified, discarded and disseminated. Inspired by Lot-ek presentation at The Architecture Symposium who described their approach as “skilful butchers” finding ways to facilitate “eating the whole pig,” I set out to devour as much of the program as possible in one weekend.

The benefit of a program that broadly explores architecture’s role in the opportunities and challenges of the Asian century offers its speakers the opportunity to simply state what they do and how they do it. A notable example of this was when Ada Tolla and Giuseppe Lignano of New York-based Lot-ek captured, in rapid succession, the multitude of ways in which one can operate on an object.

With such a diverse collection of projects and presenters the same themes became apparent, particularly the interpretation of context, design as an act of generosity and the relationship between client and architect.

Opening The Architecture Symposium, Tokyo-based practice Onishimaki and Hyakudayuki Architects delved into their design position that architecture is a continuous experience from “town to architecture and architecture to town.” By considering the journey one takes through the city, the studio explores how the viewer may come to encounter their built work. This investigation of arrival experience builds upon first seeing the building, where you enter, how you circulate and ultimately, how the architecture connects back to “town.”

Later in the day Richard Naish introduced the work of New Zealand practice RTA Studio, which interprets the historical and cultural context of projects to develop contemporary built responses. Taking references from the geometry of a historical facade, mimicking neighbouring roof forms or orientating towards culturally significant ley lines the architecture becomes an exploration of the familiar.

In an attempt to understand and respond to the character of Bangkok’s streetscape vernacular, Chatpong “Chat” Chuenrudeemol, director of Chat Architects, introduced what he calls “Bangkok Bastards.” The studio’s research into the streetscape vernacular of Bangkok has resulted in a portfolio of work that one can interpret as architectural activism to preserve the city’s undesirable built identity. This design approach tries to give back to the larger community by offering an evolution of the familiar as an alternative to Westernized built form.

In a world of dichotomy where humanity aims to live on Mars but also builds walls across countries to keep others out, Li Hu considered the opportunity for architecture to embody a sense of hope for the future. The work of Open Architects (China) explores what they define as the essential aims of architecture, turning away from the focus of architecture as image. Hu believes the essential aim of architecture is to respond to human scale, engage the human senses and most importantly lift the human spirit. With these elements at hand, the studio endeavours to provide architectural responses that improve the lives of those that inhabit left, an act of generosity to those they may never meet.

Designers and their clients

During the Our Houses and Artichoke Night School talks, the focus shifted to the relationship between clients and their designers.

Our Houses facilitated a conversation between architects and their clients introducing Chloe Naughton of Chloe Naughton Architects and her client (and mother) Kerry Naughton-Menzies, as well as Aaron Peters of Vokes and Peters and his client Philippa Morton. With little reservation the discussion focused on the entire process of design, from the initial project meeting through to uncomfortable tender negotiations and completion.

Inverdon House, designed by Naughton, was the outcome of an intergenerational family collaboration, with daughter, mother and grandfather all participating in the final outcome. Once on site, Chloe had moved back to Bowen to learn and participate in the construction with the help of a great builder, contractors and a little help from her grandfather who built many of the custom elements in the project. The outcome is a deeply personal home that is connected to the family’s learned experience while exceeding the Kerry’s ultimate desire for a ‘hose out house’.

Artichoke Night School invited interior designers Sarah Consentino and Felicity Slattery of Studio Esteta and Georgia Cannon to discuss the use of colour within their projects. Framed around the question of how a designer decides on the best colour for a space, the conversation quickly shifted to focus on the desires of their clients. The designers said that it was generally easier to propose colour in their commercial work than for private homes. Audience members questioned how the design community could encourage the use of colour in residential projects. with both studios agreeing that understanding your client is most important.

The Asia Pacific Architecture Forum 2018 was made possible with the contribution of dynamic and diverse collaborators who have again provided an experience for the industry and general public to engage with the region’s design generators. The architecture of the Asia Pacific is humble, generous, experimental and continuously exploring its connection to place. 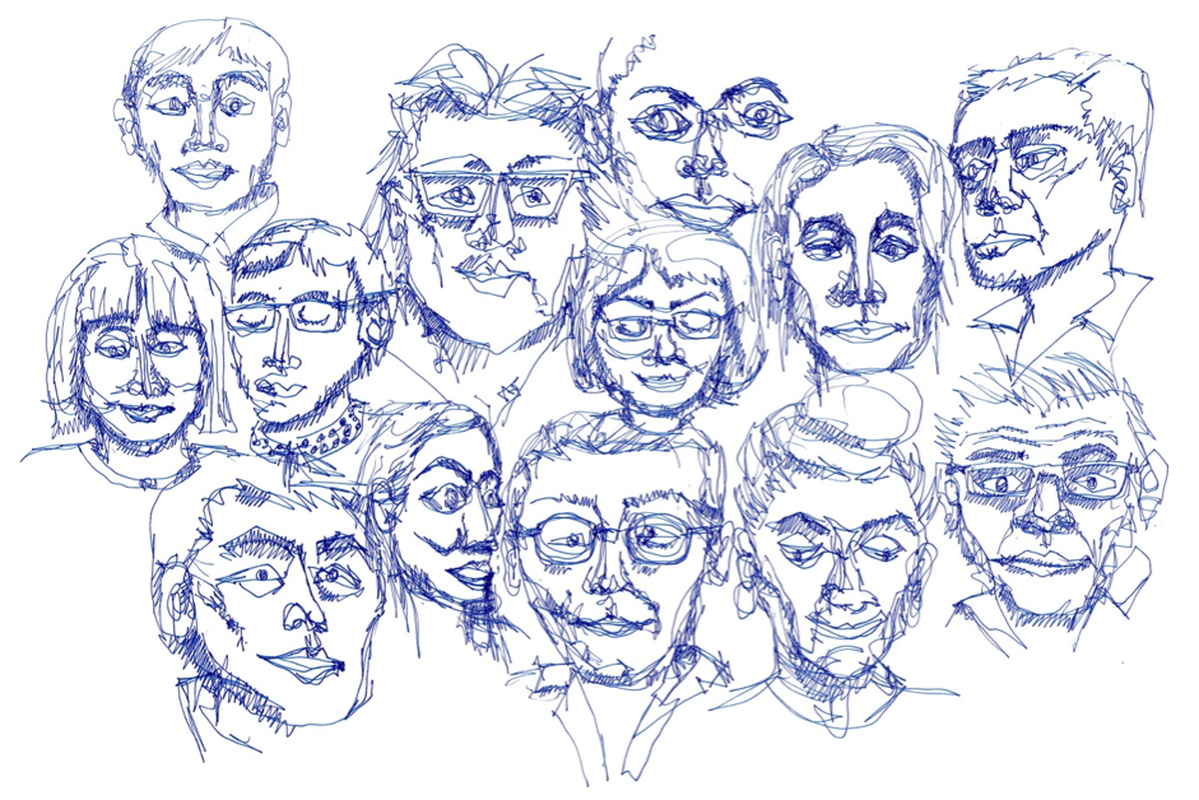 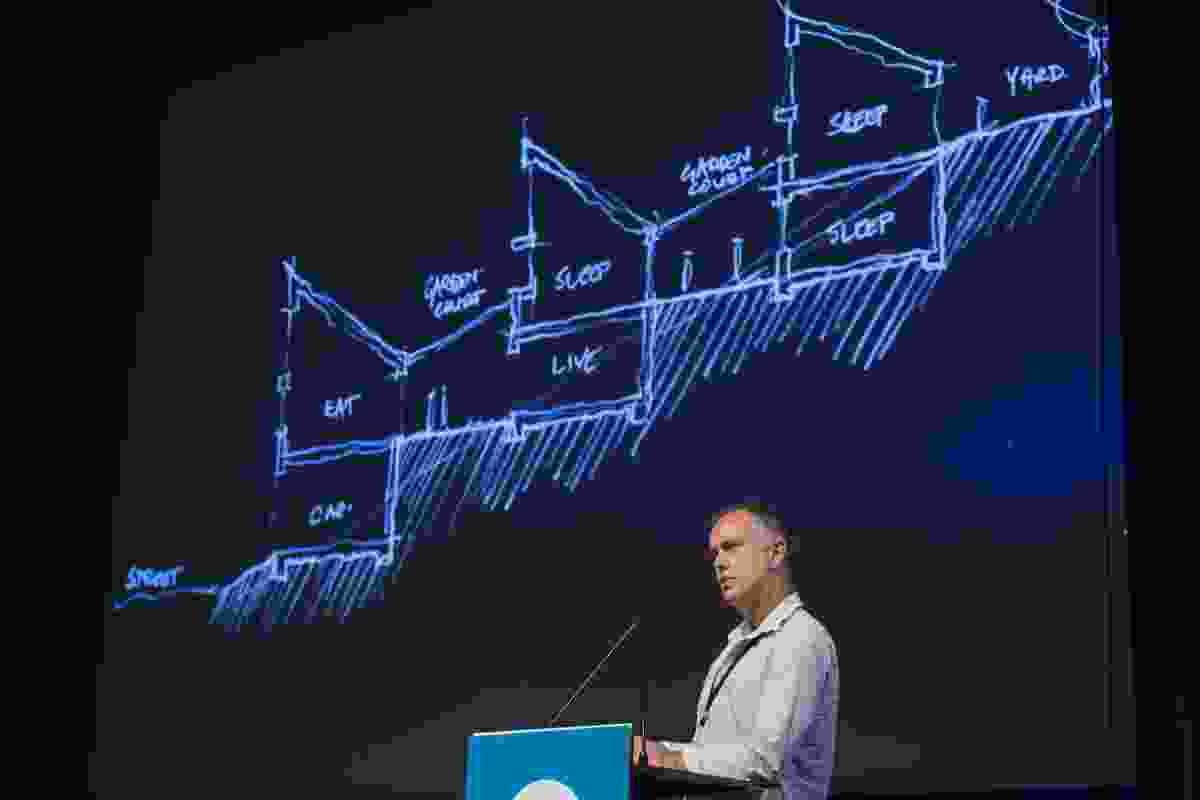 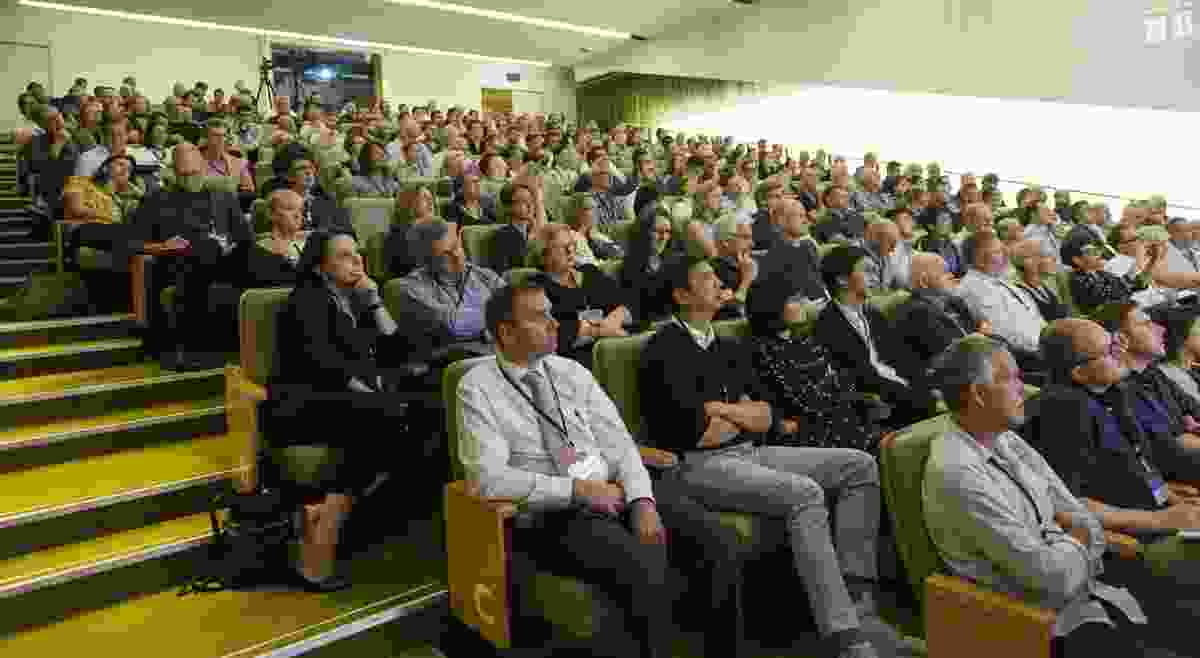 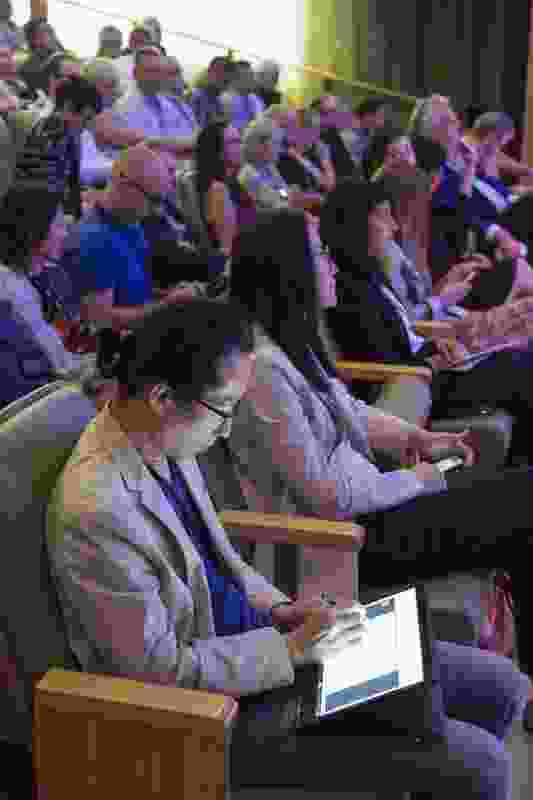 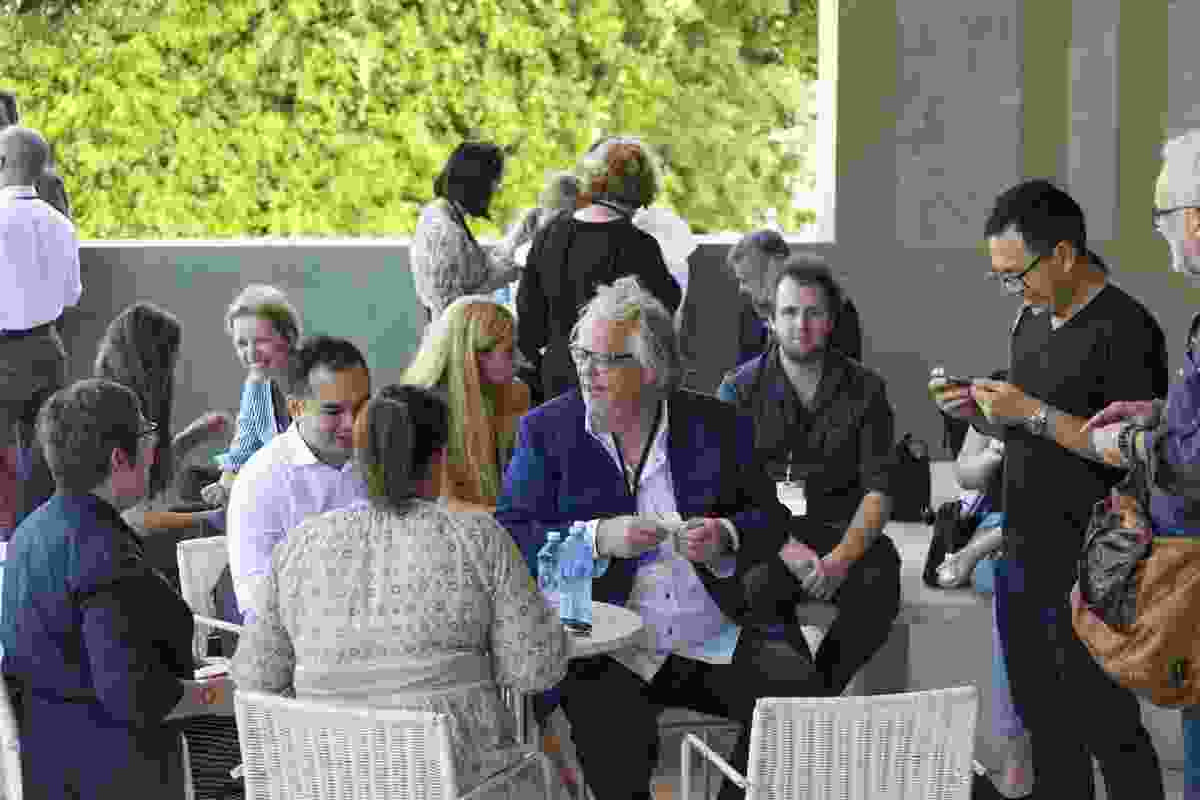 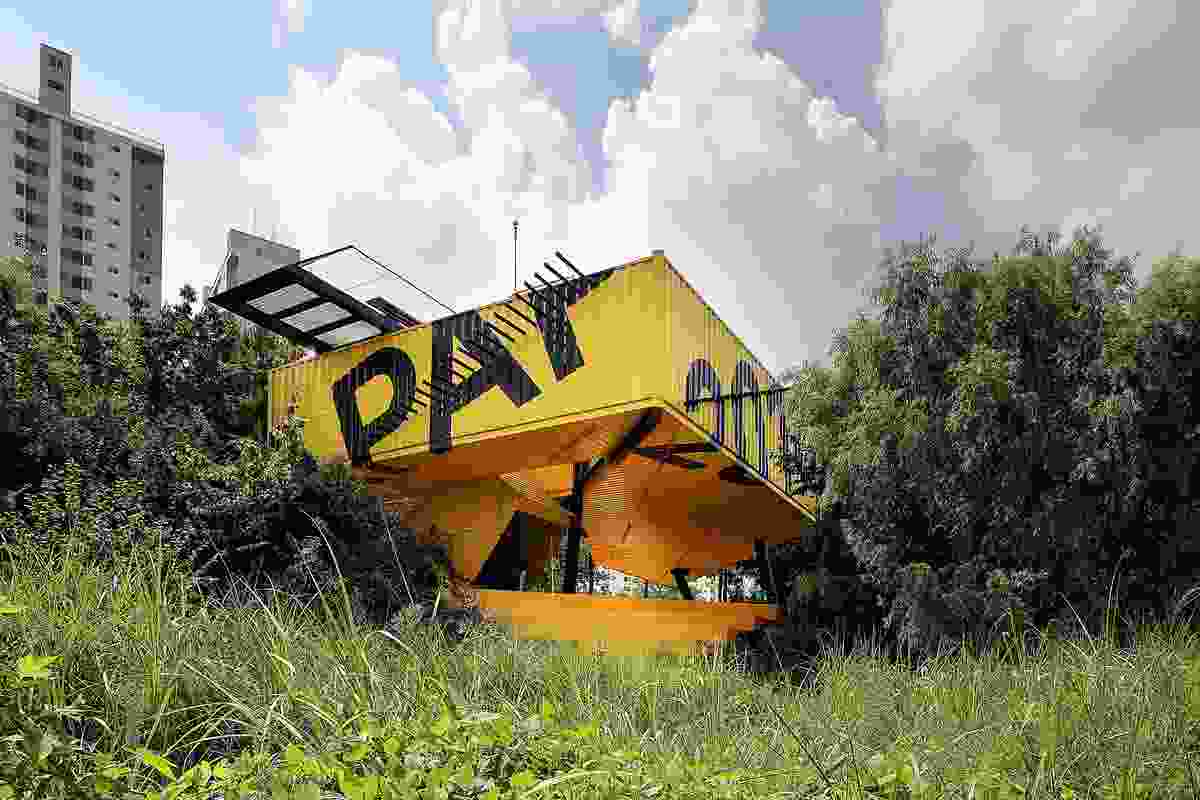 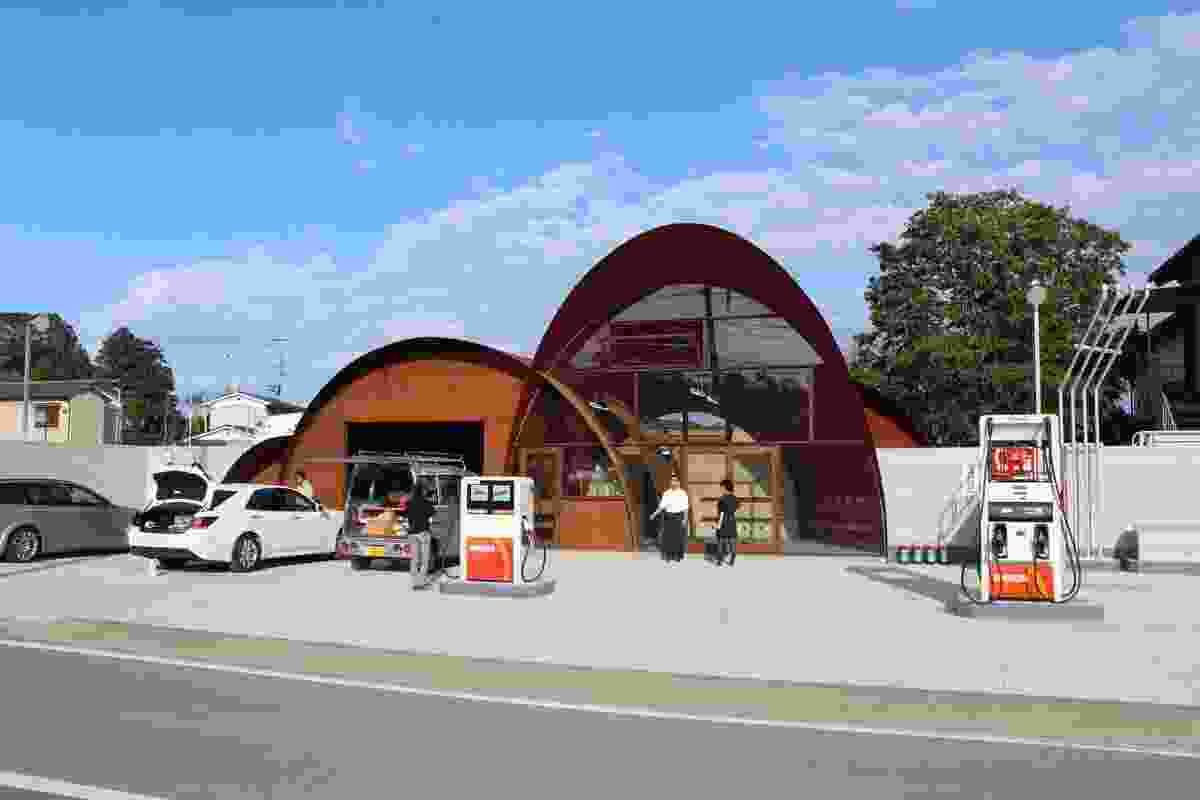 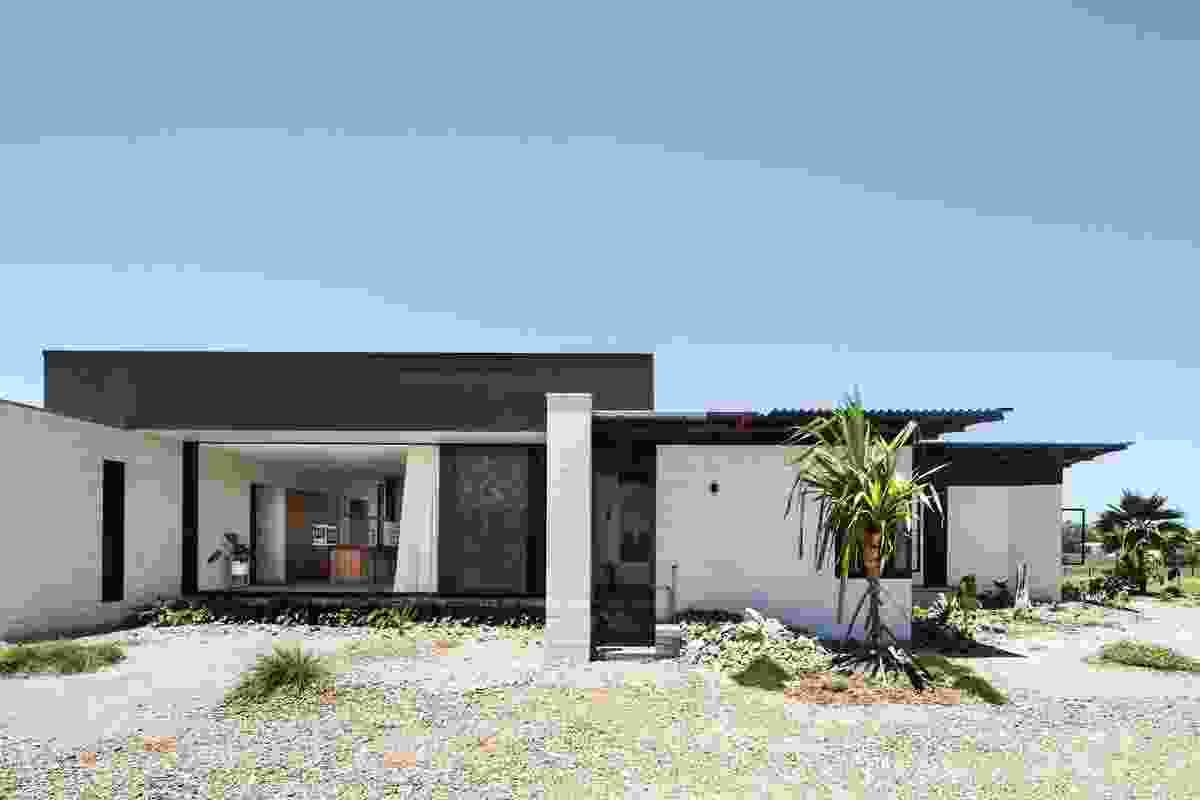