“We architects live on the intellectual edge between two worlds - the world of creativity and ideas and the world of reality.”

Borja Ferrater, of the Office of Architecture in Barcelona, offered this refreshing idea at the 2018 National Architecture Conference in a keynote speech. Held this year on the Gold Coast, the discourse around the conference theme – “Edge” – framed in terms of the physical or environmental conditions of coastal edges was sometimes obvious and unavoidable. But equally, ideas from the discursive, socio-political, professional and disciplinary peripheries provided the conference with salient thoughts. These could be summed up in the following edge conditions.

Ferrater closed the first day of the conference with a standout project that demonstrated a radical new way of thinking about the edge between the city and the sea.

The Benidorm West Beach Promenade is a project that took more than 10 years to come to fruition. Benidorm is a coastal resort city on the Mediterranean coast in Spain that has the most high-rise buildings per capita in the world. It is the most extreme example of what the Gold Coast could be.

“The only thing [Benidorm] didn’t have is public space and the biggest opportunity was the waterfront,” Ferrater said.

The project was the result of an international competition and a good example of the nexus between a utopian world and reality, as Ferrater explained.

The sinuous, technicolor promenade is made with double-curved surfaces, designed like a DNA sequence and made from prefabricated moulds that were repeated along its one-mile-long length. It was achieved with a modest budget of €18 million.

Conference creative director Barry Lee observed, “One of the things we have done historically very badly here is our interface with the beach. Borja’s project in Benidorm shows that you can have a very artistic, sculptural and very beautiful response to your beachfront that allows people to have individual spaces where they can have a sense that they belong there, they can take ownership for a period of time.”

“Every mistake we made in the west, in terms of urban development, recurred in South East Asia and China,” Safdie said. “The extent of urbanism, densification and concentration [today] is beyond comprehension.”

Safdie established a research arm in his office a decade ago to investigate a number of propositions, among them why his Habitat 67 housing project had not proliferated as widely as the international acclaim it had accrued might have suggested, “Let’s revisit the whole question of housing and mixed-use in the city in the context of what we know today,” he said.

His research investigated ways to accommodate extremely high densities and raised questions about high-rise tower-over-podium typologies and their effect on the public realm in the city. However, conference delegates hoping for simple silver bullet answers were left hanging.

Roberto Bannura’s presentation of Steven Holl Architects’ Asian projects similarly focused on placemaking and the integration of public space in highly dense urban projects. In its projects, Steven Holl Architects inserts large public spaces and urban plazas into otherwise private developments as an organizing element – a “summary” of wider planning around the precinct. The insertion of large public space also helps to diminish the scale of the developments, he said.

The town of Alice Springs, as Sue Dugdale highlighted in her presentation, is not on the edge of the continent, nor does it have edges characterized by urban growth. But it nonetheless possesses a distinct edge condition: “There are at least two towns operating there,” she said. “They can be predictably divided into the Indigenous town and the non-Indigenous town [and] there is really a surprisingly low level of integration, or joint participation, between the two towns of Alice Springs.”

Dugdale presented projects in both the Indigenous town, and the “white fella town,” but it was the projects that “engage the lives and cultural contexts of both towns” that resonated and showed the role of architecture as an interface.

The ASTC Garden Cemetery Chapel, a non-denominational funeral chapel, has become a place where people in both towns converge. The Kilgariff Entry Sign and Fence, which employs a bush passionfruit super graphic to create a distinct identity, “aimed to tell a story about the place that could be seen and would resonate in both towns.” Both received accolades at the 2018 Northern Territory Architecture Awards, with the chapel winning the Tracy Memorial Award, the NT chapter’s highest accolade.

Lindy Atkin of Noosa-based Bark Architects was, in fact, the only conference speaker who resides and works on the coast. Indeed, a number of the practice’s projects occupy the unique coastal condition of Noosa. The practice also engages in art projects as “an interval between the architecture,” she said. “They’re a lot of fun, they’re extremely distracting, they don’t make any money, but you learn things about architecture from a different point of view.”

Bark Architects created an offshoot of its practice called Bark Lab to engage in these kinds of experiments. One such experiment was Growth, created in collaboration with the University of Queensland. The project comprised a pair of “sails” installed on the edge of a lake in Noosa. The structure was made from a series of identical parts in the shape of a flower motif that appears on the Noosa council logo. The project then led to the Coral installation for Sculpture by the Sea in Bondi. The installation spilled and spread over the edge of the rocks like an Instagrammable colonization of the coast.

French practice Moreau Kusunoki presented a body of work which explores their interested in “the in-between.” The practice shot to global fame when it won the much-hyped international design competition for the Guggenheim Helsinki. Their winning proposal comprises a cluster of independent volumes, where “the intestines of circulation brings together and separates the exhibitions halls.”

Part of Eli Giannini’s presentation included MGS Architects’ important work in social housing, an area that few architectural practices engage with. The projects included McIntyre Drive Social Housing, which received the Frederick Romberg Award for Multiple Housing in the 2013 National Architecture Awards, the Kyme Place Rooming House, and a yet-to-be-completed homeless housing project for VincentCare. As Thomas McKenzie, chair of the Emerging Architects and Graduates Network (EmAGN), observed, these projects demonstrated the role architects can play in improving the lives of vulnerable citizens in the most marginalized parts of society.

The conference also included two speakers from the margins of architectural discourse: Mark Stevenson, an epidemiologist and professor of transport and urban public health at the University of Melbourne; and Sarah Manning, who is educated in architecture and urbanism and is the founding director of the London-based Spaceagency Design, a global leader in wayfinding.The time given to both speakers was a reminder of the ways in which the built environment can have ripple affects elsewhere – a topic uncommonly raised at the national conference. Stevenson’s research uses big data and artificial intelligence to gain insights into how decisions made about the urban infrastructure of cities affects public health, particularly in relation to chronic diseases. Manning’s work across the disciplinary boundaries of architecture, interior, urban design, graphic design, branding and way finding focuses on the intersection between the user and space to create a singular, cohesive spatial experience.

It was a case of architecture coming full circle for two of the conference speakers, who spoke at length about the concept of learning from vernacular.

James Grose of BVN traced the “visceral agrarian shed” as a kind of theme and variation throughout his life and work, from the simple, utilitarian buildings he had grown up around in Bundaberg in regional Queensland, to his work in Grose Bradley designing the “universal house based on the shed,” and his work at BVN designing vast workplaces (NAB Docklands), and institutional buildings (Australian Plant Bank and Synergy) that were simply, as he described it, “a different kind of visceral shed.”

The final speaker for the conference, “Lek” Mathar Bunnag of Thailand-based Bunnag Architects, entertained the delegates with an unusual and at times comical presentation style. His work predominantly comprises high-priced resorts throughout Asia, the designs of which have recognizable traditional forms. “The amount of the past that comes into my work is a lot,” he said, confessing to be “just a copier of the past.”

His presentation was peppered with memorable catchphrases such as “serenity is the secret of all art and the substance of beauty.” Indeed, the manipulation of light in many of his projects evokes a level of serenity akin to Le Corbusier’s Notre Dame du Haut chapel in the French town of Ronchamp. 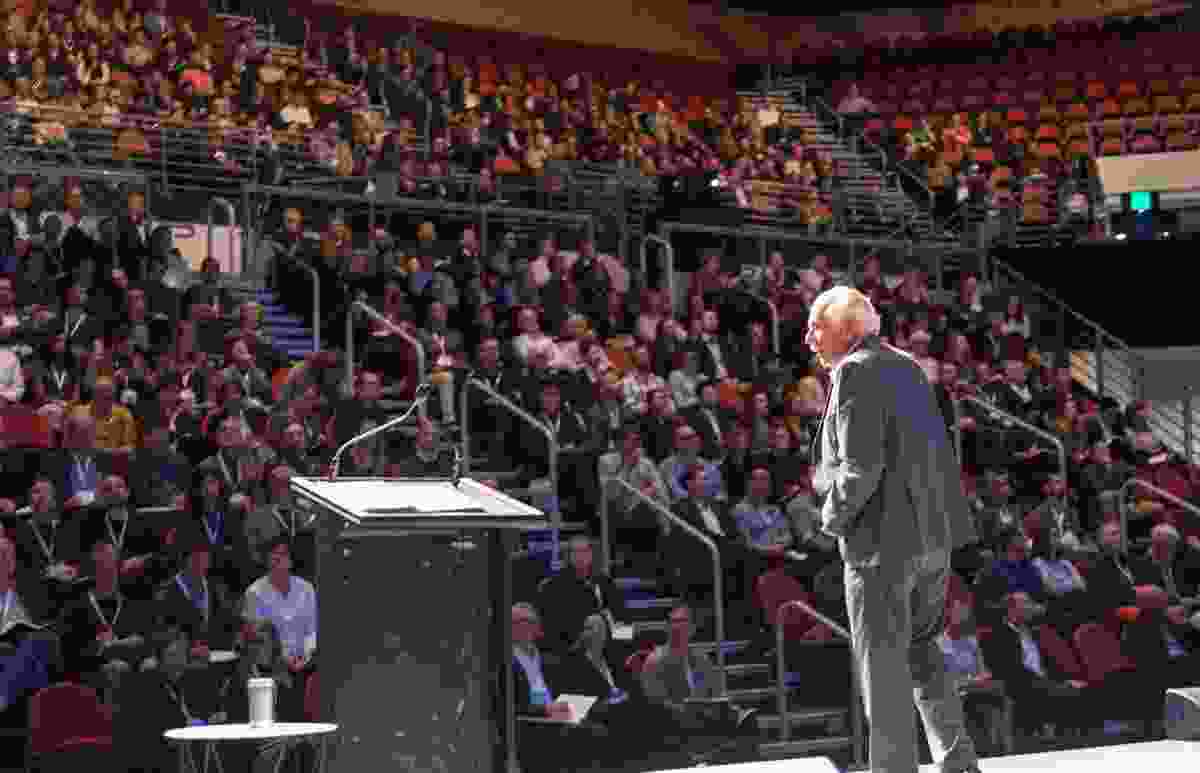 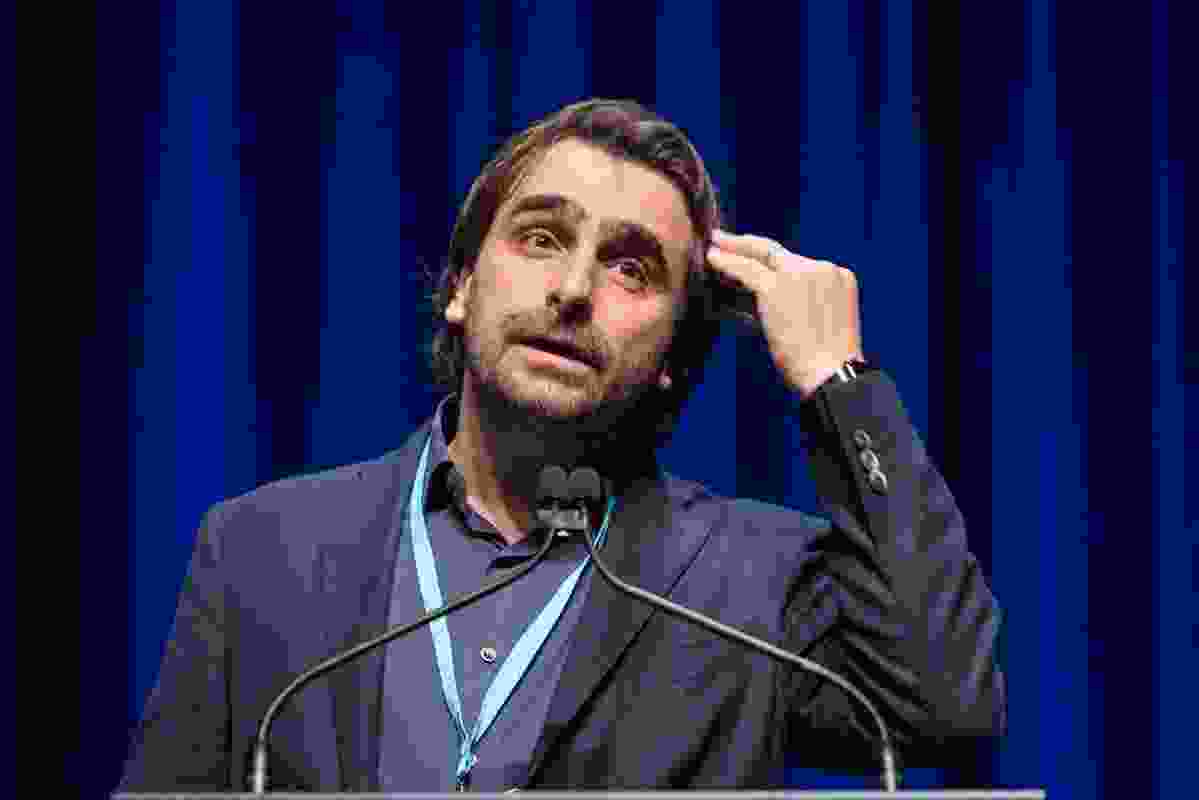 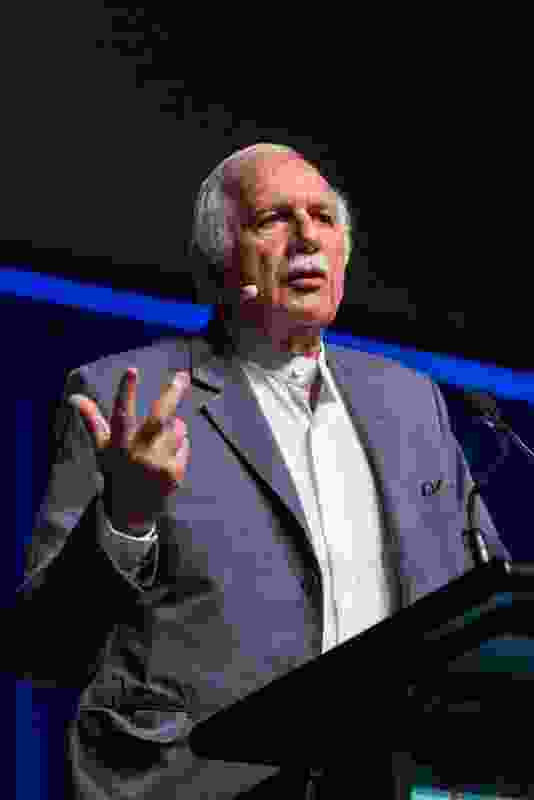 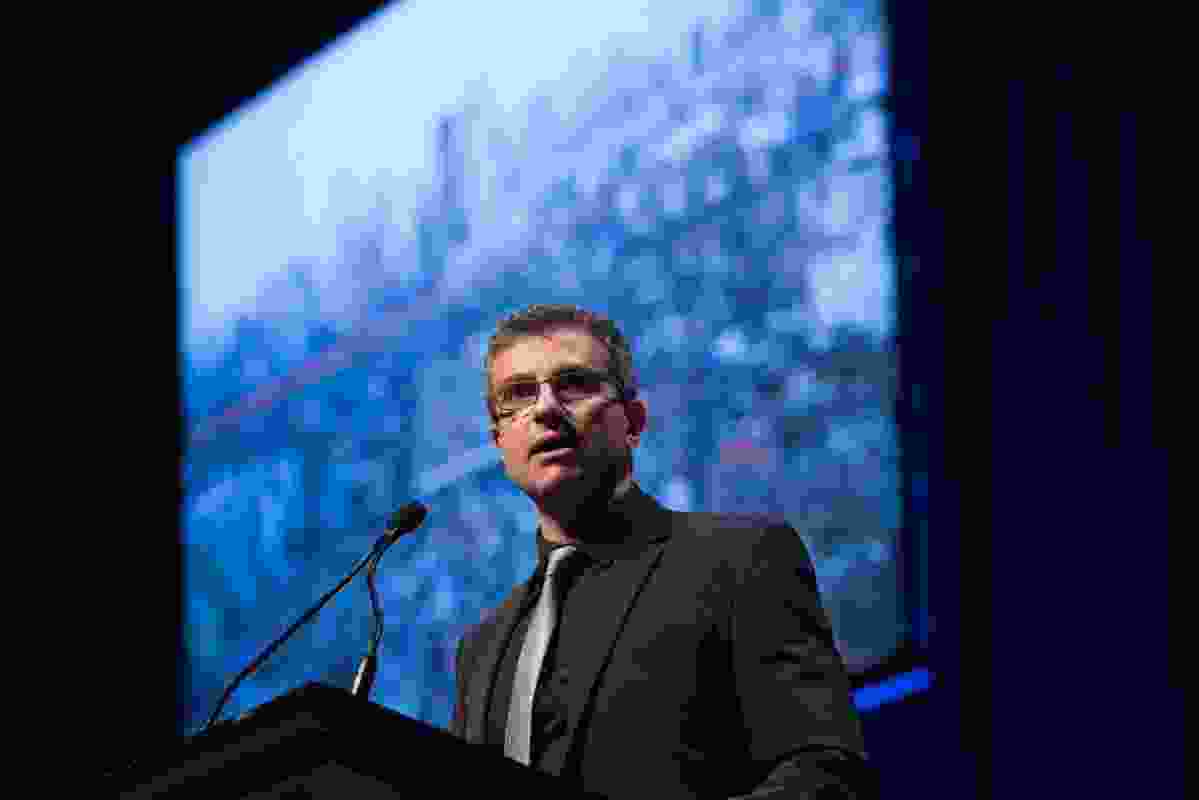 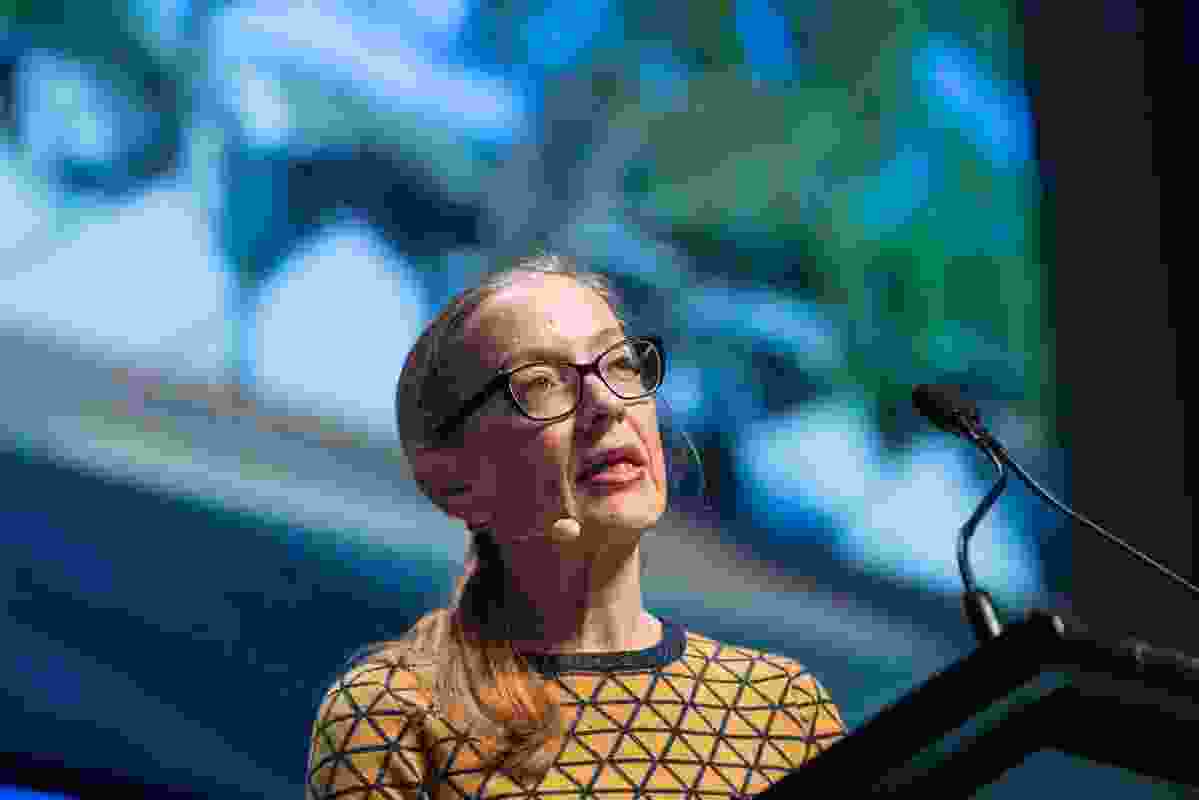 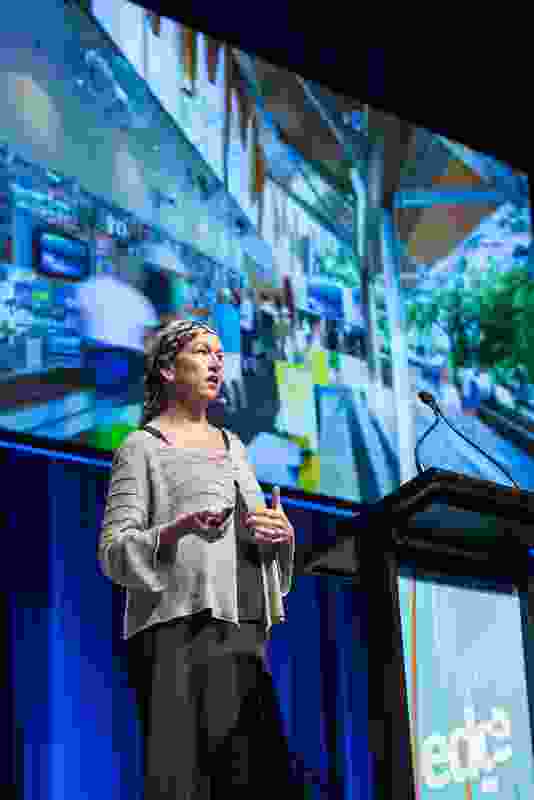 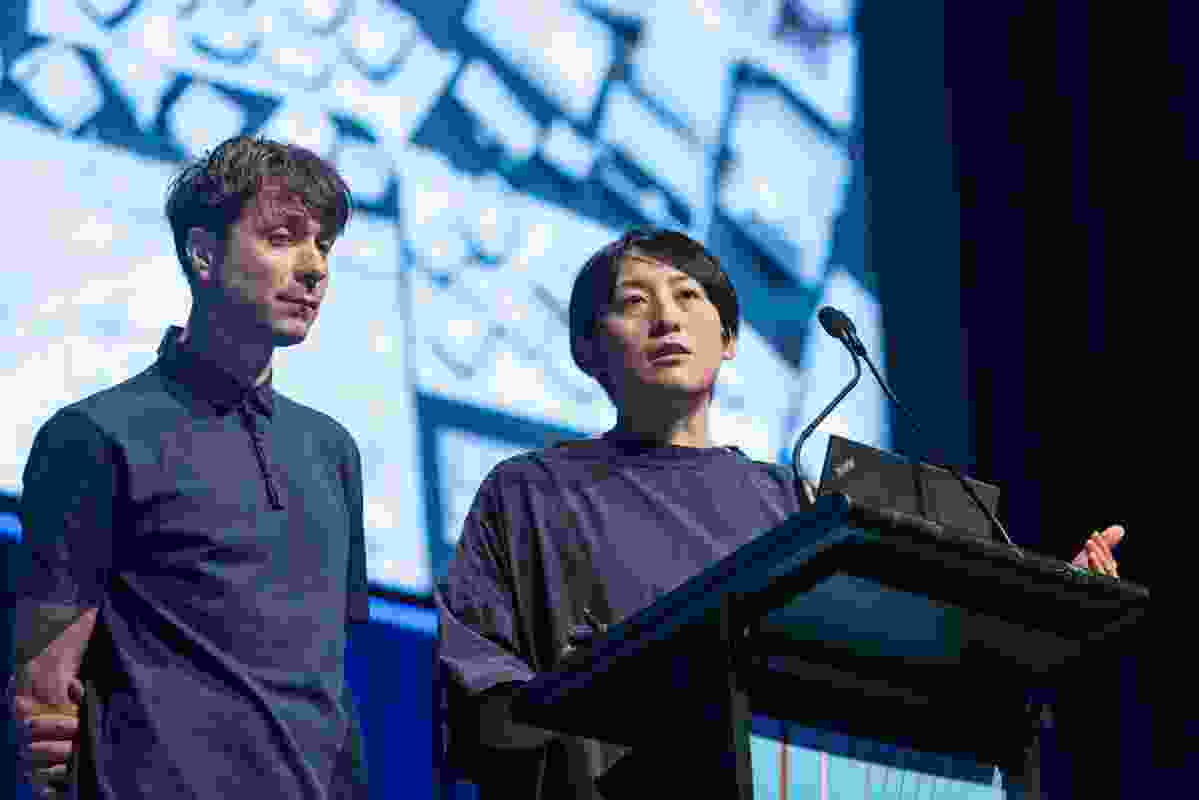 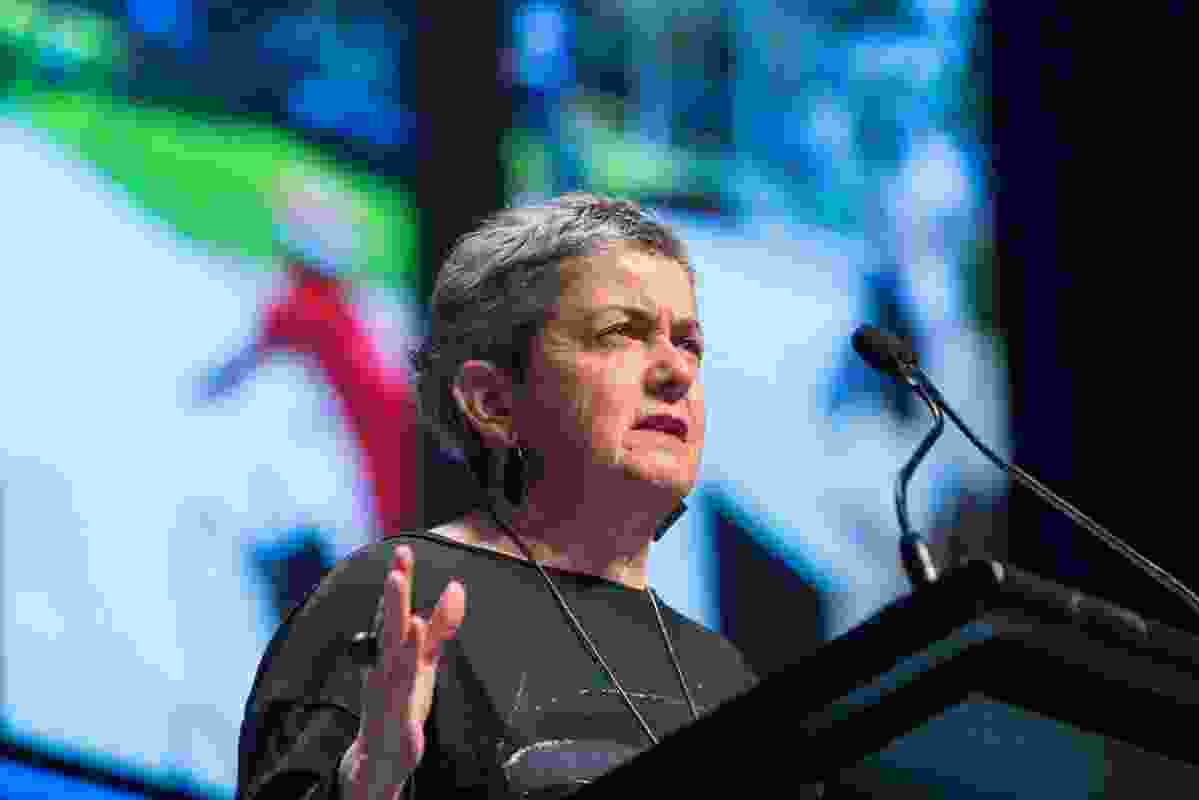 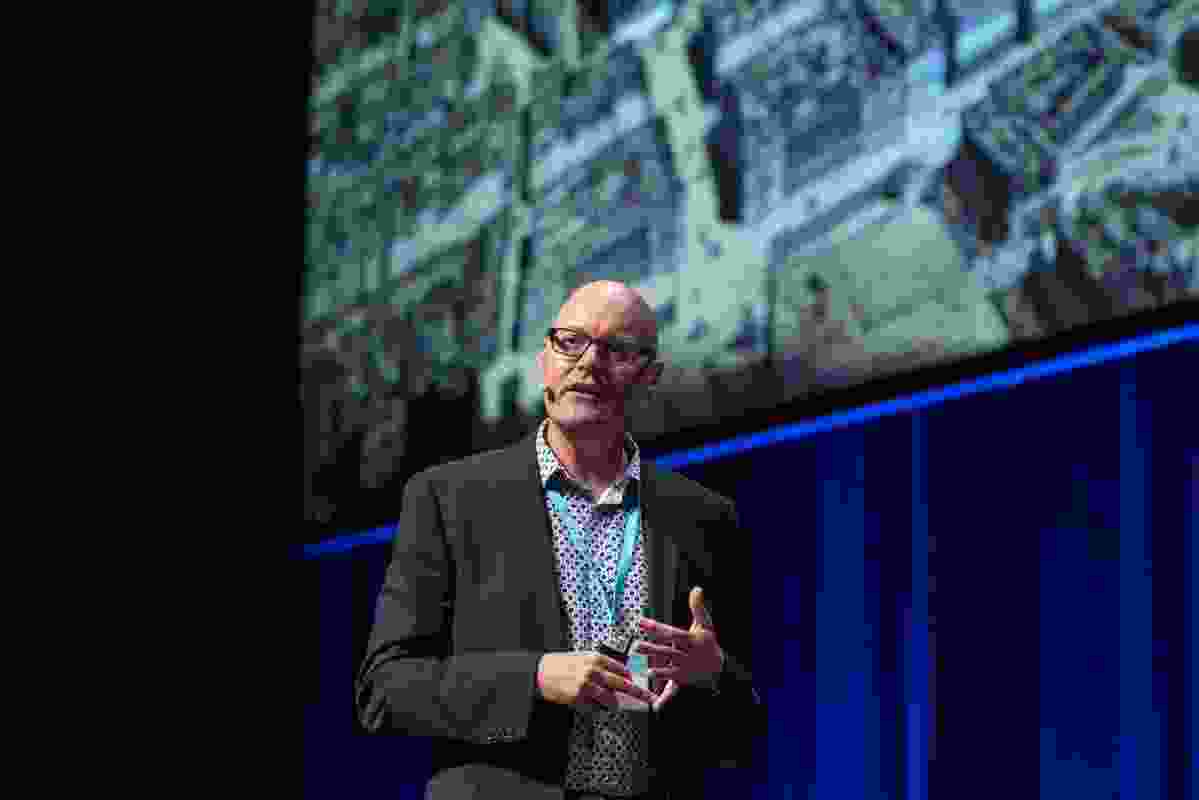 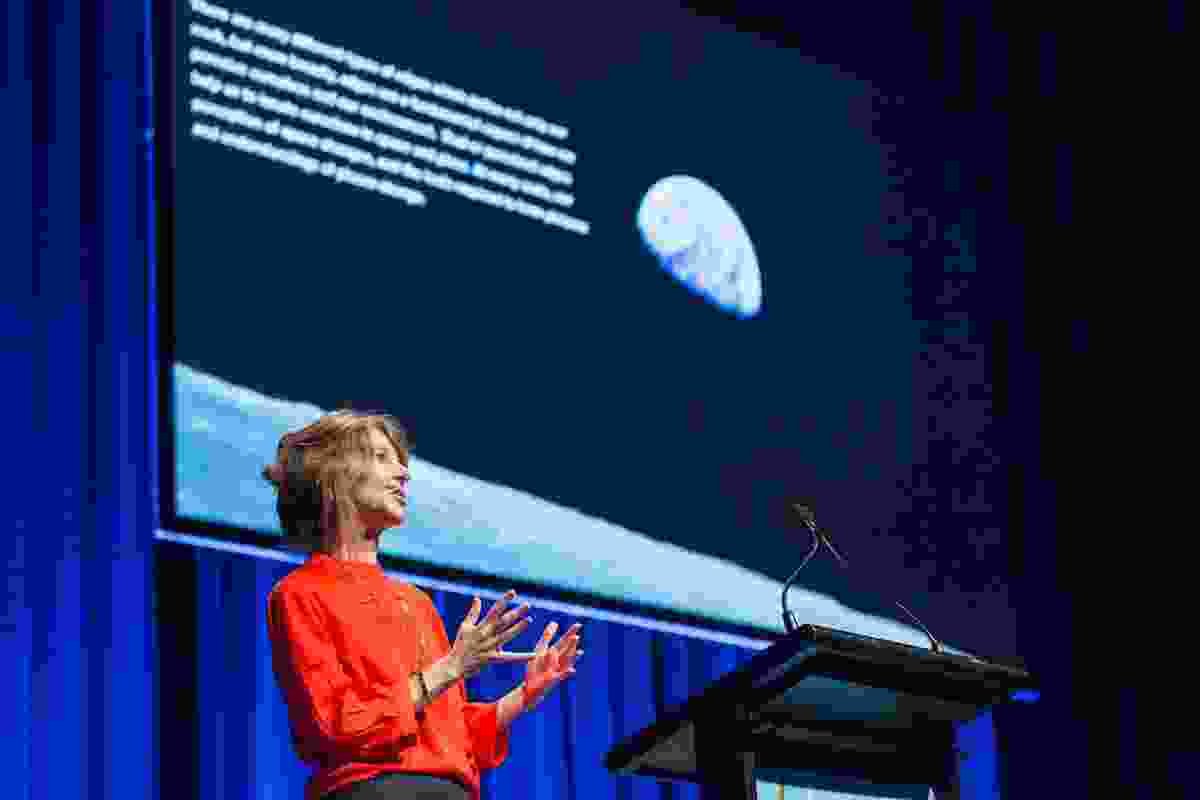 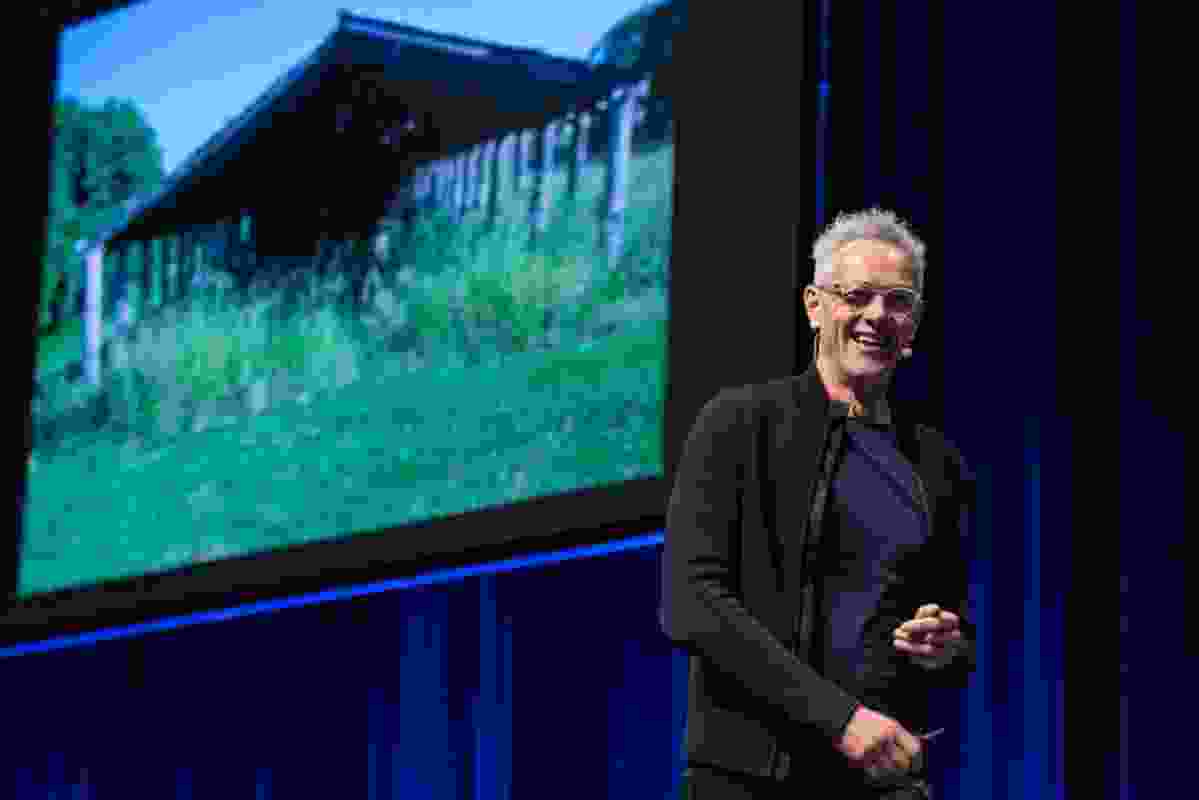 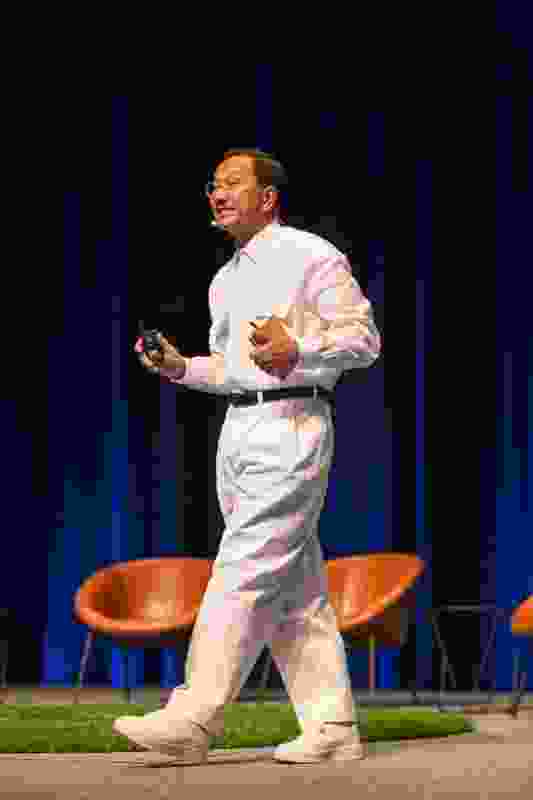