The credibility of plans for a “green” education city on 400ha of land in East Werribee has been questioned.

30,000 dwellings are planned for the Australian Education City, to be delivered in part through the construction of apartment towers.

The Victorian state government has picked the Australian Education City consortium as its preferred bidder to develop a city in Melbourne’s outer-west despite serious questions over the project’s public transport access, its sustainability credentials and the validity of the consortium itself.

The project is being touted as a major education and employment hub with a city centre spanning 1.5 million square metres. A university campus, purportedly the product of a collaboration between Australian, Chinese and UK-based universities, could open on the site within seven years. The proposed city also details 30,000 new dwellings, to be delivered in part through the construction of apartment towers.

The state-owned patch of land, referred to as the East Werribee Major Development Parcel, was previously used as the now-defunct State Research Farm. The farm was established in 1912 and was used by the state government for agricultural experiments.

The Age recently revealed that the Victorian state government has given the consortium 90 days to prove it has the capability to deliver the project over a period of 20 to 30 years. The Australian Education City Consortium, backed by the Investors Direct Financial Group, has also been told it must gain approval from the Foreign Investment Review Board to purchase the site using foreign investor funds.

Concerns about public transport access for the site have been raised since a development plan was first put forward under the previous Liberal government. In 2012, planning experts told Domain that the development’s reliance on roads was concerning. “I don’t know of any alternative jobs cluster in the world which might be located 35 to 40 minutes from the CBD and doesn’t even have a train station,” said Chris Hale, a transport strategist from the University of Melbourne.

In a recent liveability study undertaken by Deloitte/Tract, the neighbouring community of Point Cook was ranked 309 out of Melbourne’s 321 suburbs in part due to its poor public transport infrastructure.

A 2013 video about the development features a proposed Derrimut Road Station in between the current Hoppers Crossing Train Station and Werribee Train Station, however, the proposal hasn’t appeared in the plans since. At this stage, the state government has committed to $70 million worth of road infrastructure projects for the area.

The Australian Education City website says the development will include a “convenient high-frequency transit system” as well as underground tunnels for cars and 100 percent public transport use, but no further details are provided.

Sustainable elements of the project have been emphasized, with the site describing the city as having a “20-minute neighbourhood philosophy” as well as being “Smart. Green. Eco.” The development also touts 30 percent green roofs and 60 percent water reduction.

The Australian Education City website previously listed a number of “precinct partners” and included the logos of organizations such as the University of Melbourne, Holmesglen Institute and Melbourne High School. References to these organizations have since been removed from the site.

Former Australian Institute of Architects national president Shelley Penn was also previously listed as a “design director” on the site. When ArchitectureAU contacted Penn, she said she was potentially going to be part of the project, but was never on the advisory panel.

Former Victorian premier John Brumby is still listed as a member of the advisory board along with James van Smeerdijk, an economic and policy expert from PricewaterhouseCoopers, Knowles Tivendale from public transport consultancy Phillip Boyle and Associates and professor Tony Bacic, former director of the science institute Bio21.

According to the Metropolitan Planning Authority, the project will deliver up to 58,300 jobs and 7,100 new homes.

Investors Direct Financial Group did not respond to media requests. 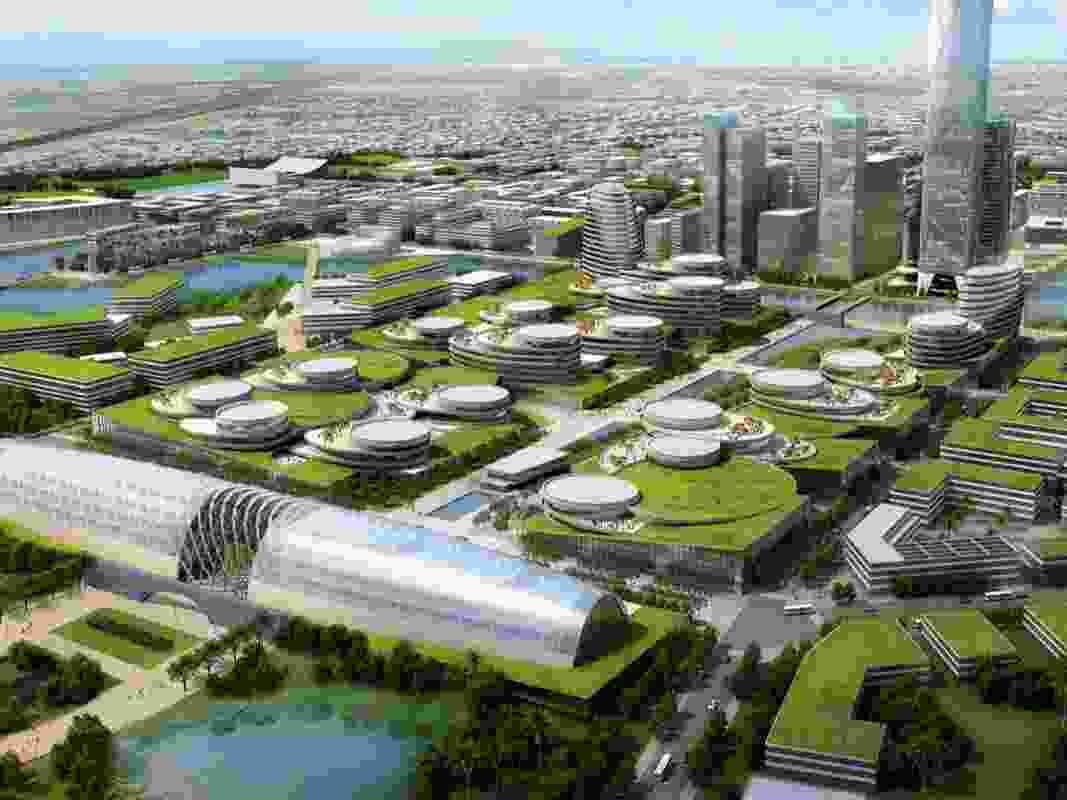 30,000 dwellings are planned for the Australian Education City, to be delivered in part through the construction of apartment towers. 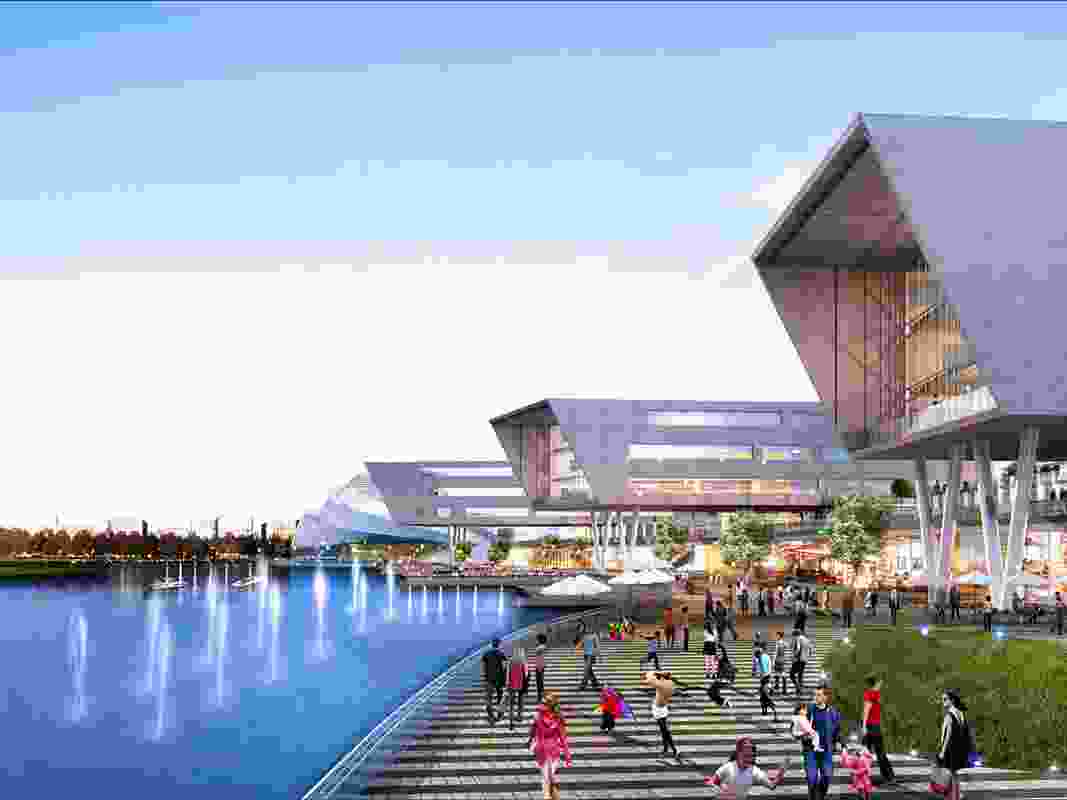 The Australian Education City site describes the proposed city as having a “20-minute neighbourhood philosophy.” 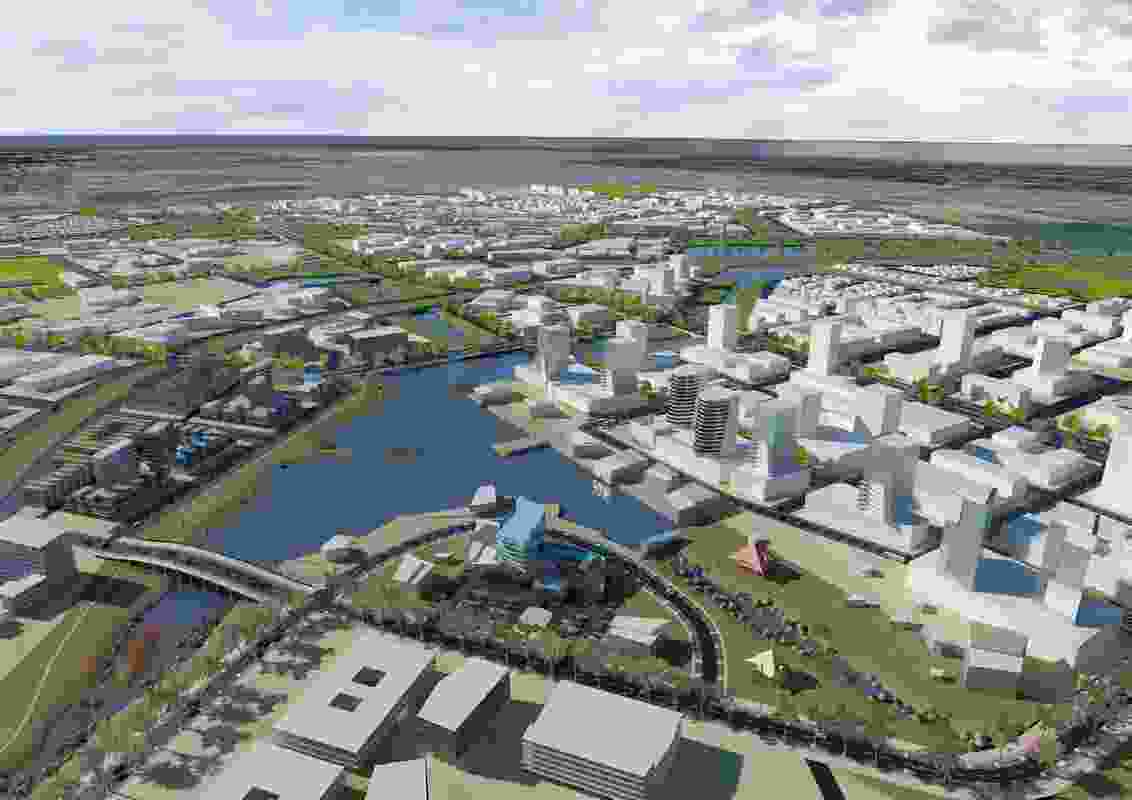 The Australian Education City will sit on a 400ha state-owned site previously used for agricultural experiments.