The Australian Ugliness by Eugenia Lim and collaborators.

The Australian Ugliness by Eugenia Lim and collaborators is a three channel video installation. In tribute to Robin Boyd’s 1960 book of the same title, the work continues the conversation about the state of Australian architecture, looking largely at work built after Boyd’s death in 1971.

This survey of Australian architecture largely focuses on the highly formal, the decorative and kitsch, at times leaning toward the post-modern. In some ways these represent the kind of “featurism” or “ugliness” that Boyd deeply criticized in The Australian Ugliness. Yet this film makes no such conclusions or judgments. Rather, through heroic imagery, it recognizes the significant contribution these works have made to architectural culture in Australia.

The decision to house the installation itself in a re-interpretation of Neptune’s Fishbowl Restaurant designed by Boyd, is also a choice that invites questions about the path architecture has taken in Australia. Designed by Wowowa, the installation re-imagines one of Boyd’s last and most controversial works. The Fishbowl was completed in 1970 and quite literally took on the form of a fish bowl. Highly criticized at the time for indulging in the “featurism” that Boyd had so publicly detested, the work puzzled many. Yet Boyd fiercely defended it. Would Boyd have shifted toward post-modernism had he continued to live? How movable are our ideas of taste and aesthetics?

Whilst Boyd’s attitudes to post-modernism will remain unknown to us, both Lim and Boyd undoubtedly shared their disdain for suburban Australia and the spread of low-quality homes. Here, in Lim’s work, uninspiring McMansions fill the screen. The video installation also pans through a display suite for vapid apartment tower – another encounter of the same dilemma. Lifestyle sales images are interspersed with shots of the Ambassador in the display suite, looking completely alienated by her surroundings. This does not look like the picture of home or appear to make any meaningful connection with the character.

Yet this isn’t the only place where the Ambassador appears at odds with her surrounds. Perhaps Lim’s examination of our built environment is more a social rather than an aesthetic one. Lim identifies our culture as one “that still privileges the white, the male, and the monumental.” As a young, Asian-Australian woman, she’s aware that she is “none of those things.” Her self-identified “otherness” is exaggerated by her all gold attire, her stylized and robotic movements and the unexpected ways in which she drapes her body against the architecture.

Other costumed dancers make cameo appearances, dressed in wearable versions of the architecture, created by students from Monash University Art Design and Architecture’s (MADA) Wearing the City studios. The dancers’ personas range from young to old, from gender fluid to masculine. A flash of “Manus Island” inscribed on the flesh of an elephant appears on screen. It raises the question – how does architecture acknowledge our plural society? Who sits at the fringes?

The film also takes the audience to visit one of the remaining residents at the Brutalist exemplar Sirius building in Sydney, before this champion of social housing was shut down, its residents evicted and the building was listed for sale. The neon “SOS” sign flashes in the window. It’s an example of how decisions about the built environment have the power to marginalize vulnerable parts of society.

Lim’s homage to Boyd’s The Australian Ugliness is a survey of the current state of architecture in Australia. The installation doesn’t attempt to reach conclusions or make broad-brush judgments, but rather invites us to think about how architecture can both reflect and contribute to our ever-diverse society.

The Australian Ugliness is on display at the Melbourne School of Design until 25 August 2018. 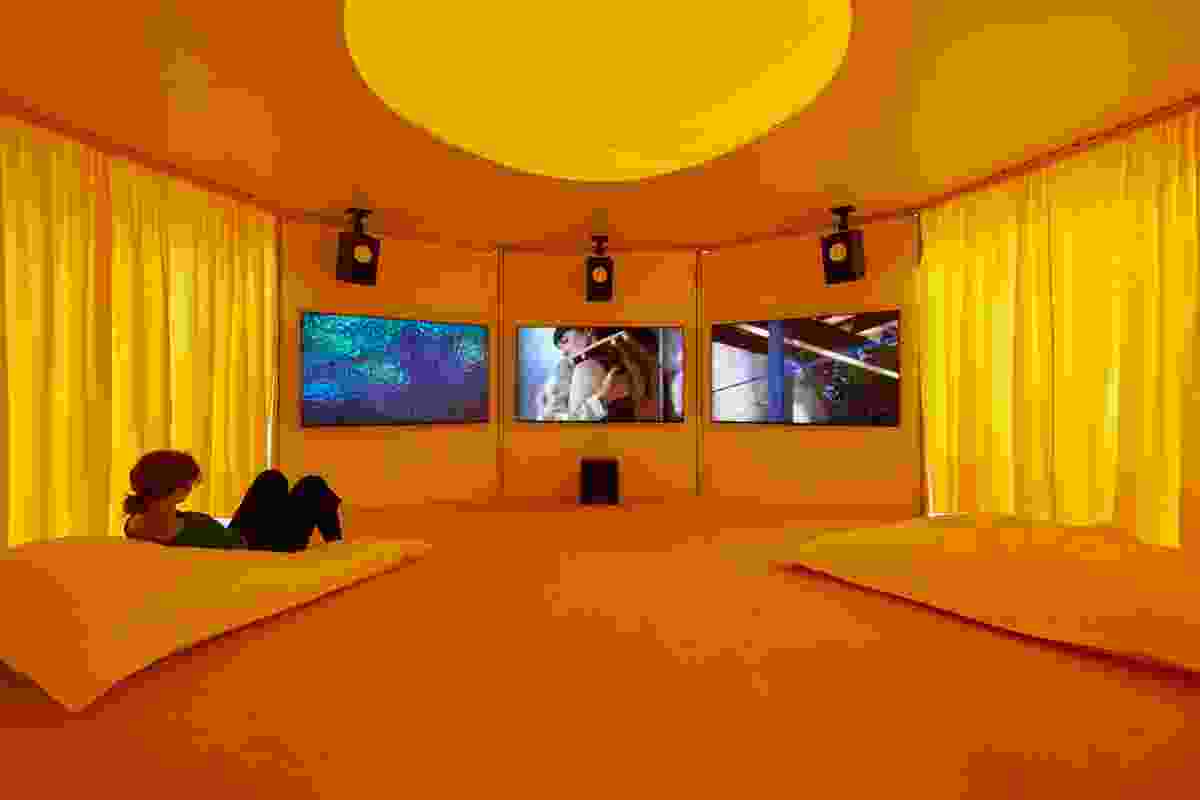 The Australian Ugliness by Eugenia Lim and collaborators. 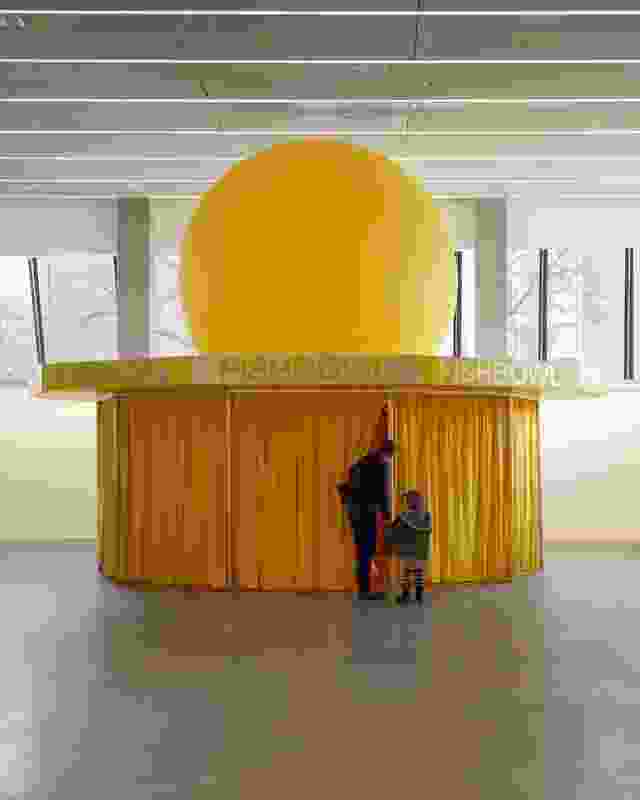 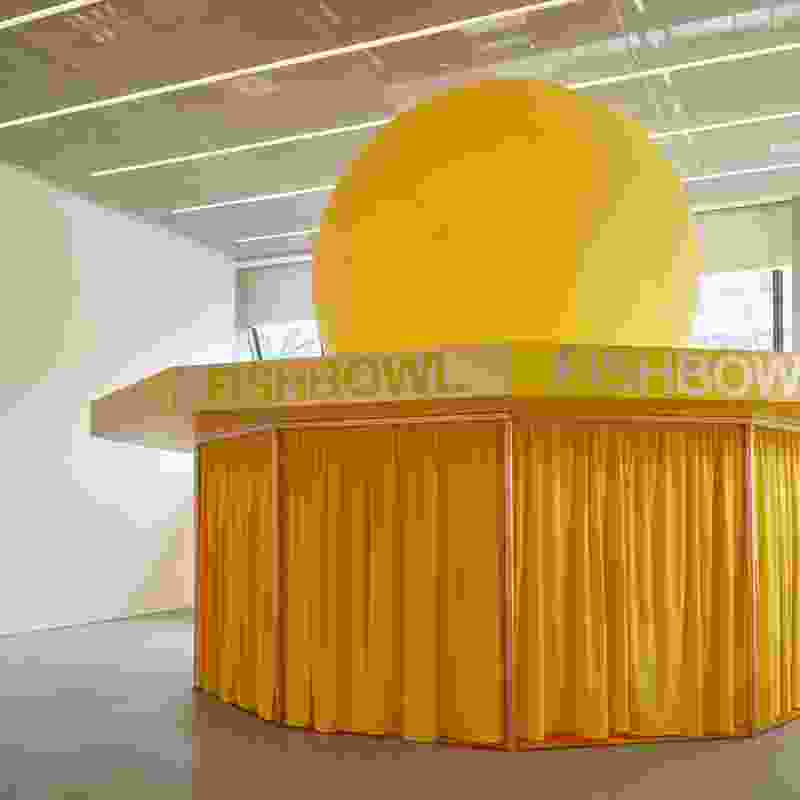 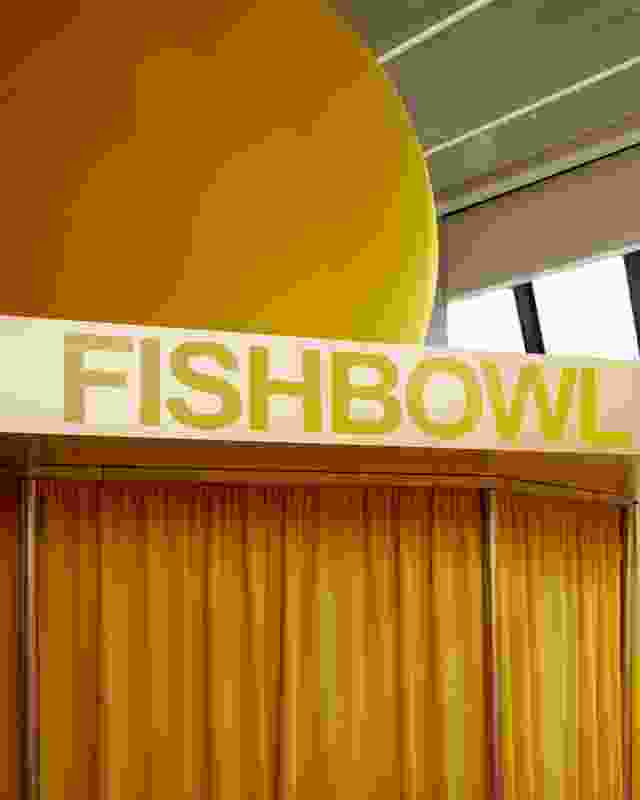 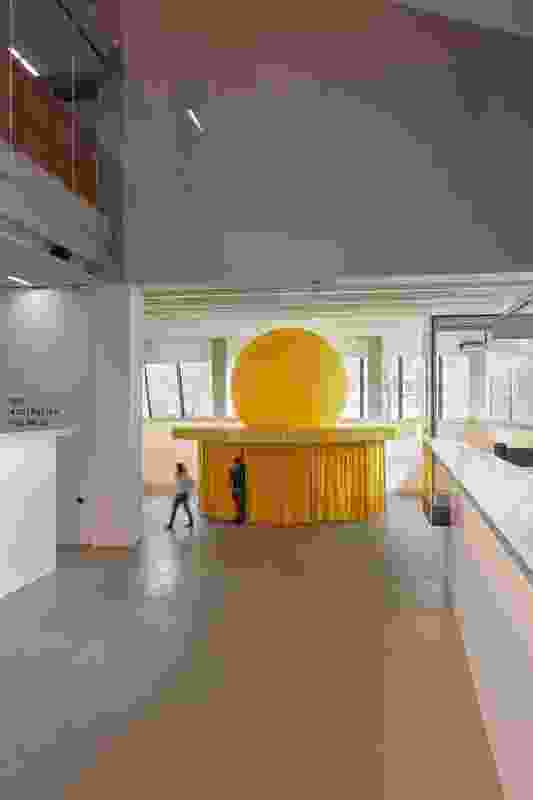