Exhibition explores architecture as a manifestation of power

An exhibition at the Monash University Museum of Art, titled Unsettlement, uses artworks from Australia and abroad to expose the ways that power is exercised through the built environment.

“Architecture provides a tangible, physical form to the amorphous forces that shape our lives,” said curator Charlotte Day. “It gives us a concrete starting point to address the histories, as well as the current-day economic and political influences, that define the world we inhabit.”

Among the works on show are the first Australian showing of Jill Magid’s long-term multimedia project The Barragán Archives, which looks at the legacy of Mexican Pritzker Prize laureate Luis Barragán. Also on exhibition is The Pavilion, a film by artist Jasmina Cibic which uses two unrealized 1920s architectural projects –the national pavilion of the Kingdom of Yugoslavia at the 1929 Barcelona International Exposition, designed by the Serbian modernist architect Dragiša Brašovan, and a house for the singer Josephine Baker, designed by Adolf Loos – to examine how the “politics of representation is reflected in the shaping and building of desire tied to political power.”

In an essay that accompanies the exhibition, architect and Melbourne School of Design senior lecturer Janet McGaw describes the exhibition as “deliberately challenging the way power manifests itself in the built environment.”

Day said that the idea for the exhibition sprung from the flurry of building works across the Monash campus, “which [has] unsettled campus life over the past 3-4 years.”

“I was thinking about the rhetoric around ‘architectural renewal’ or ‘infrastructure reform’ – how we are encouraged to believe that all new building is an improvement, with our [focus] diverted from the range of other factors that necessarily motivate building projects not just within universities but generally – political, economic, regulatory, ideological, cultural.”

McGaw agrees, describing architecture’s “up-and-down relationship” with unsettling practices, with the conversation around architecture often failing to include references to the political and economic conditions that guide and sustain it.

“Unlike art-making, which operates without the contingencies of clients and briefs,” she said, “architecture has historically been used by those who wield strategic power to territorialize place. In a globalized world, power continues to reside in the highly developed regions of the north and west, and the popular discourse that surrounds architecture largely ignores the political implications of the economic forces that maintain the discipline.”

While the exhibition has an international character, a number of the works firmly locate the issues being discussed in an Australian context.

“I was […] thinking about the word ‘unsettlement’ in particular relation to Australia,” said Day, “and its resonance here where the terms of settlement remain contested, and unsettlement suggests a necessary process of disruption and decolonizing, and re-negotiation of the post-colonial landscape.”

“Archie Moore’s poignant installation Whipsaw reflects on the vernacular tin shed from an Indigenous perspective and refers more specifically to the history of inadequate housing for Aboriginal people in Australia. While Hayley Millar-Baker’s mesmerizing photomontages create an image of deep time and connectivity to Country but also incorporate more recent histories of Aboriginal displacement and ‘resettlement’ in missions.”

Day said that while she was “sure that architects and designers are most conscious of the various pressures put onto architecture, [which can] be easily co-opted or instrumentalized for a range of diplomatic, social, financial or related purposes,” she hoped the exhibition would spark a conversation among a broader audience.

“Our exhibition is about opening up the discussion to broader audiences, encouraging them to think beyond the facade of architecture and our built environment.”

Unsettlement closes on 7 July at the Monash University Museum of Art. For more information, go here.

Exhibition explores architecture as a manifestation of power 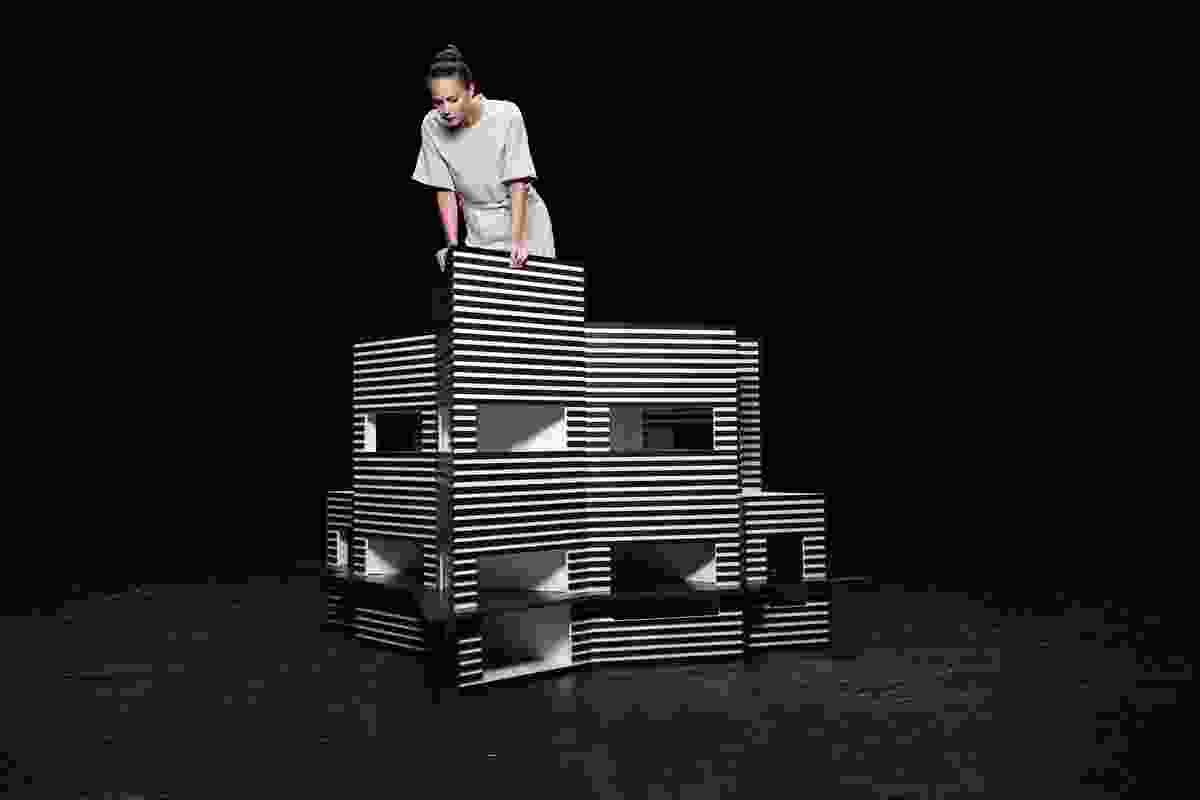 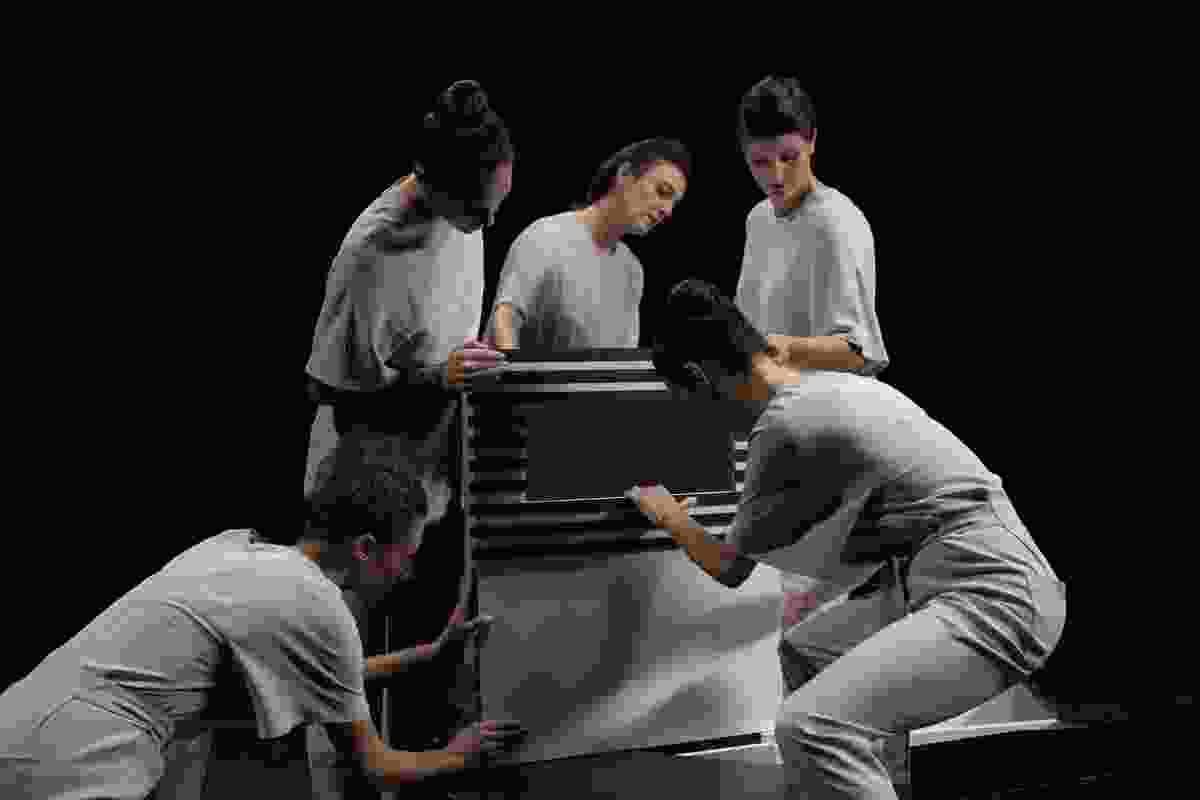 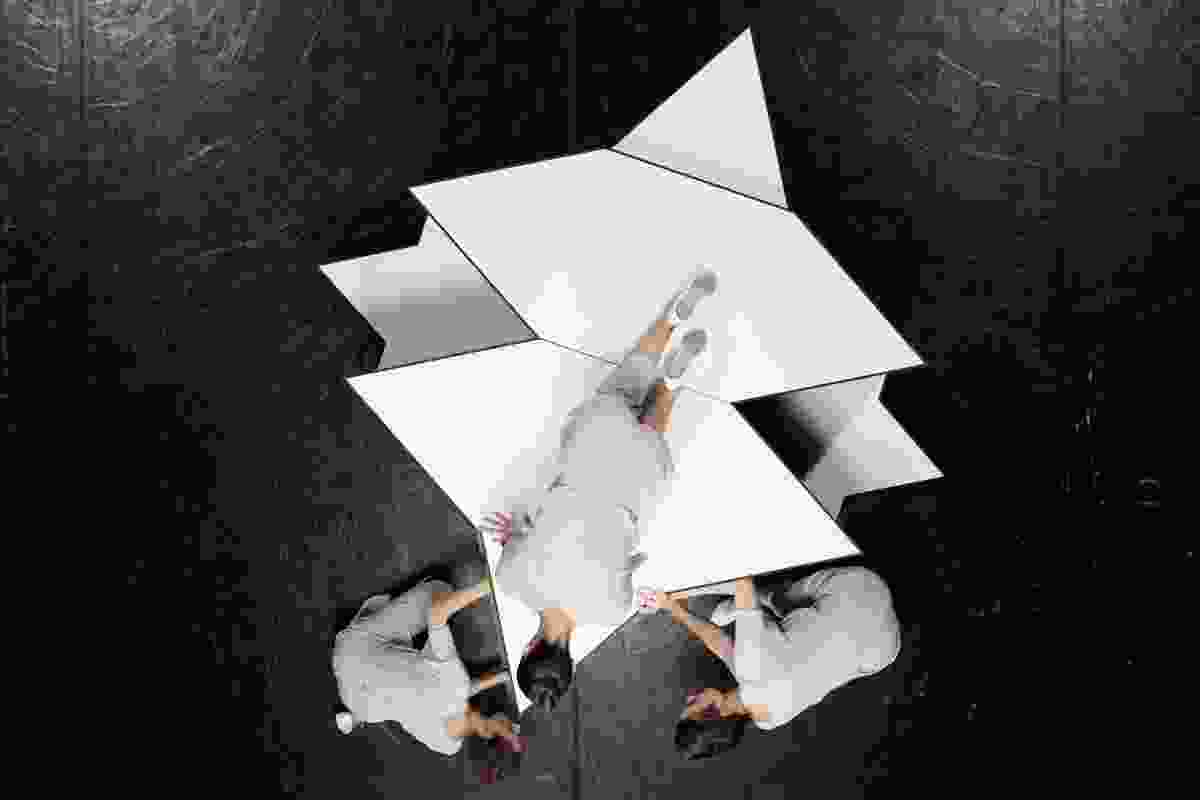 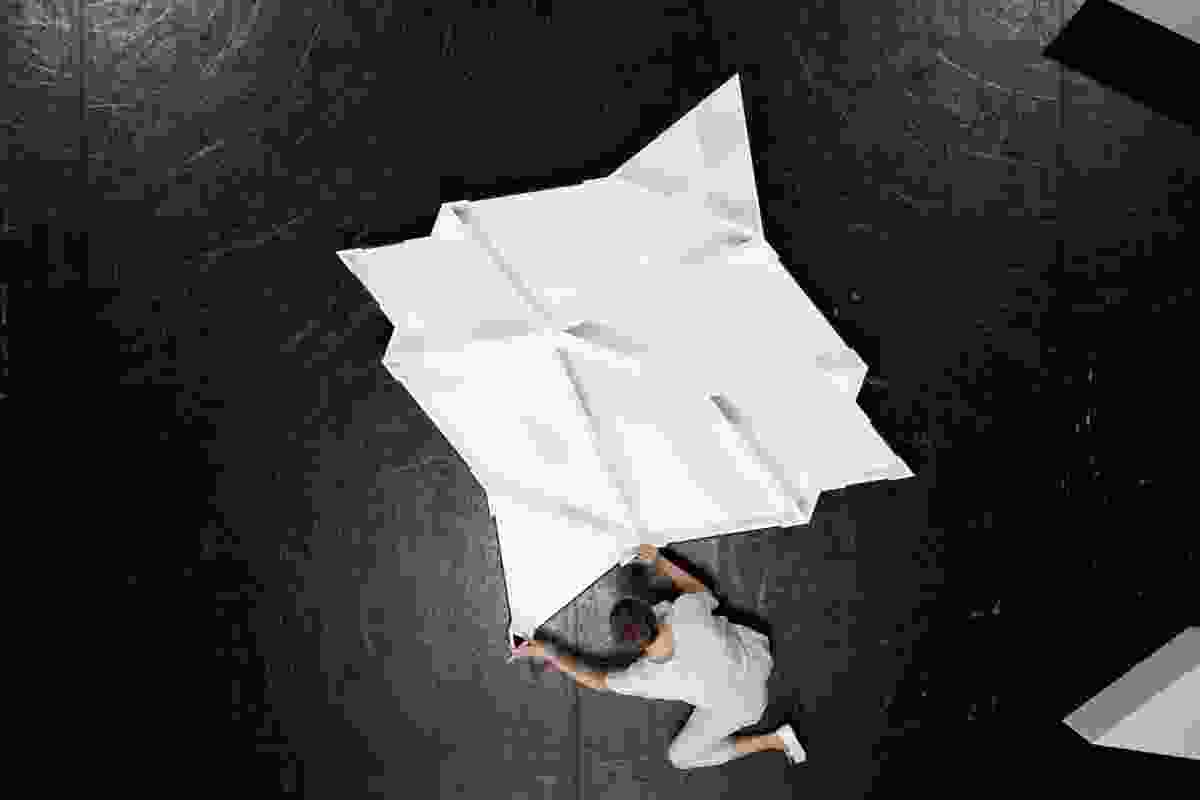 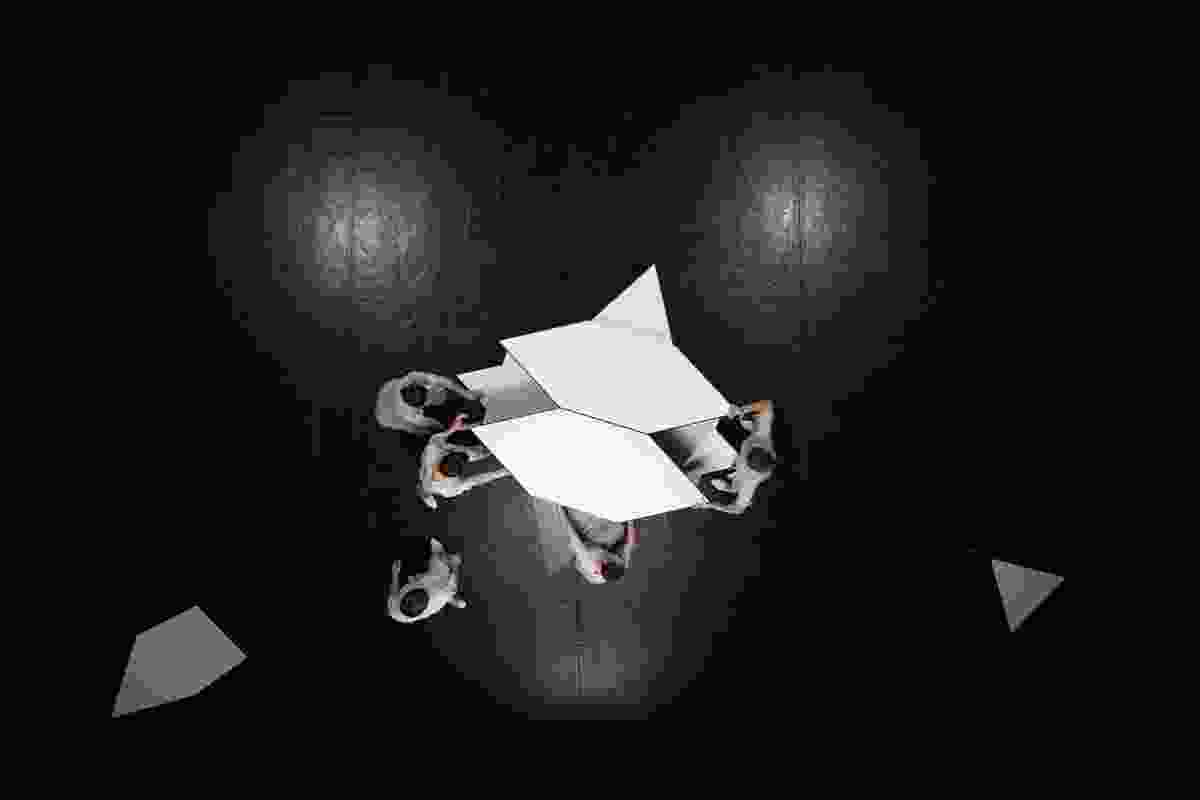 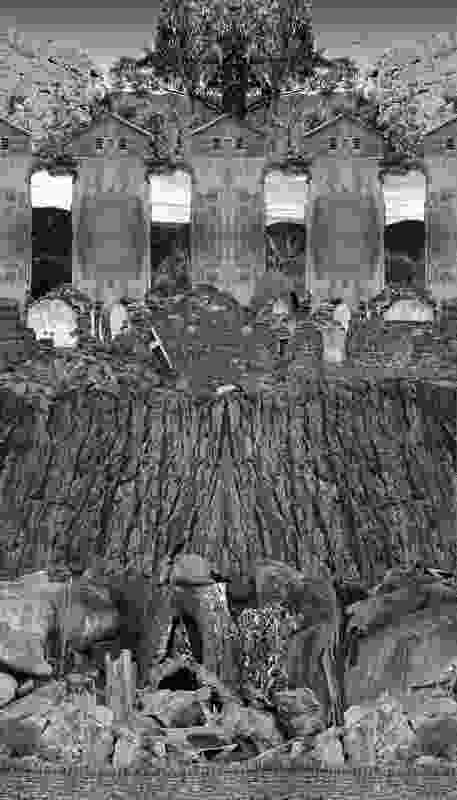 Even if the race is fated to disappear 7 (Peeneeyt Meerreeng / Before, Now, Tomorrow) by Hayley Millar-Baker. Inkjet on cotton rag. Courtesy of the artist.

Image: courtesy of the artist 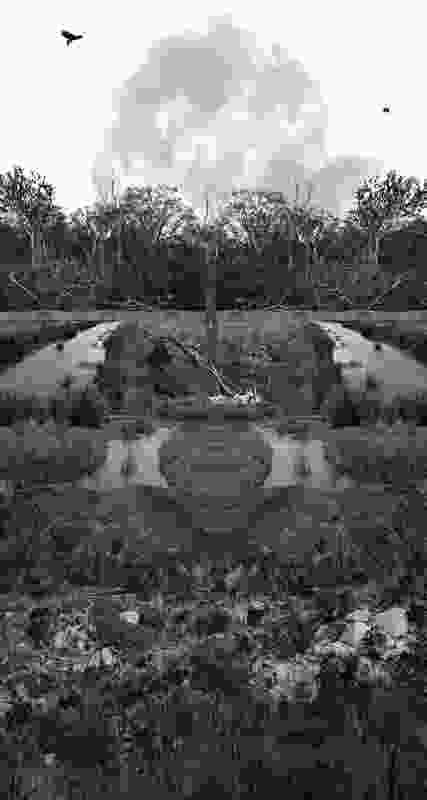 Even if the race is fated to disappear 2 (Peeneeyt Meerreeng / Before, Now, Tomorrow) by Hayley Millar-Baker. by Inkjet on cotton rag.

Image: courtesy of the artist 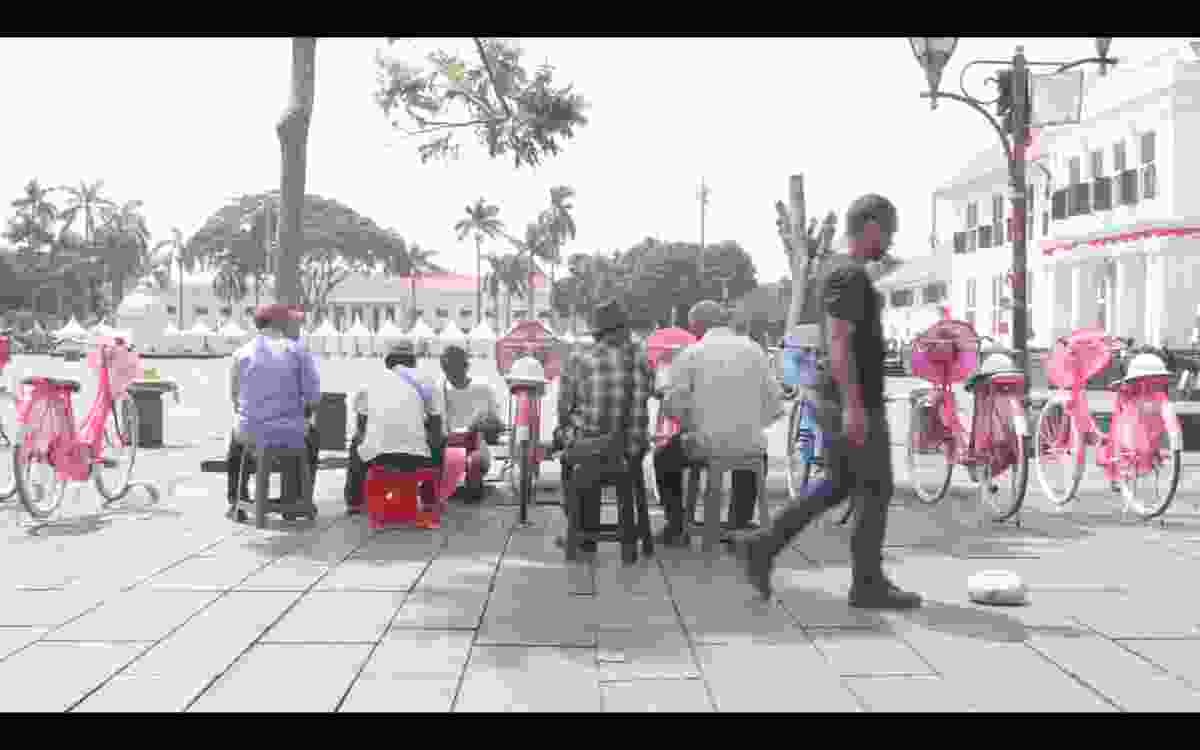 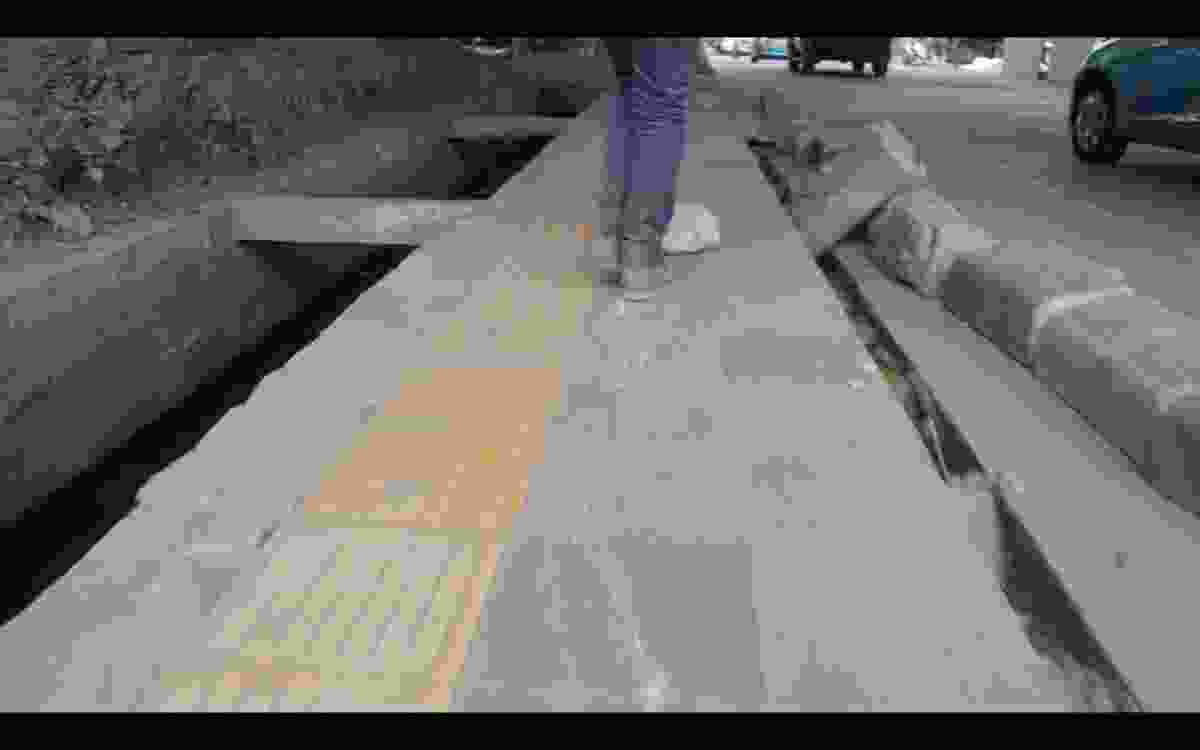