Fender Katsalidis has designed a new commercial precinct in the Sydney suburb of Liverpool, which includes a 23-storey office tower with a curved glass façade.

Mark Curzon, a director of Fender Katsalidis, said, “The building will act as a regional marker welcoming one’s arrival into the city whilst creating an exciting new civic precinct celebrating its heritage.”

The Liverpool Quarter precinct will comprises the tower, a refurbished three-storey heritage building, and an additional two-storey building.

In a statement, the architects said that the design of the tower drew on the brickwork common in the construction of nearby buildings, and the green banks of the George River.

Of the new two-storey building, which will host a number of food and beverage tenancies, Curzon said: “The Stables has been designed to reflect the current heritage streetscape in terms of both scale and materiality, the lobby component of the tower also responds to this two-storey scale as the tower floats above.

“This new urban space has been designed to be a vibrant hub for the precinct and beyond that simultaneously enhances urban new connections.

“The new precinct celebrates its past by embracing its unique heritage whilst encouraging community activation, pedestrian permeability and, ultimately the scale and the diversity that Liverpool deserves as a growing city.

Developers Macky Corp, in a statement, hailed the project as the first in a wave of development that would come to Liverpool as it grew into “Sydney’s third-largest CBD.”

The project has received development approval and construction of the buildings is expected to begin later in 2019. 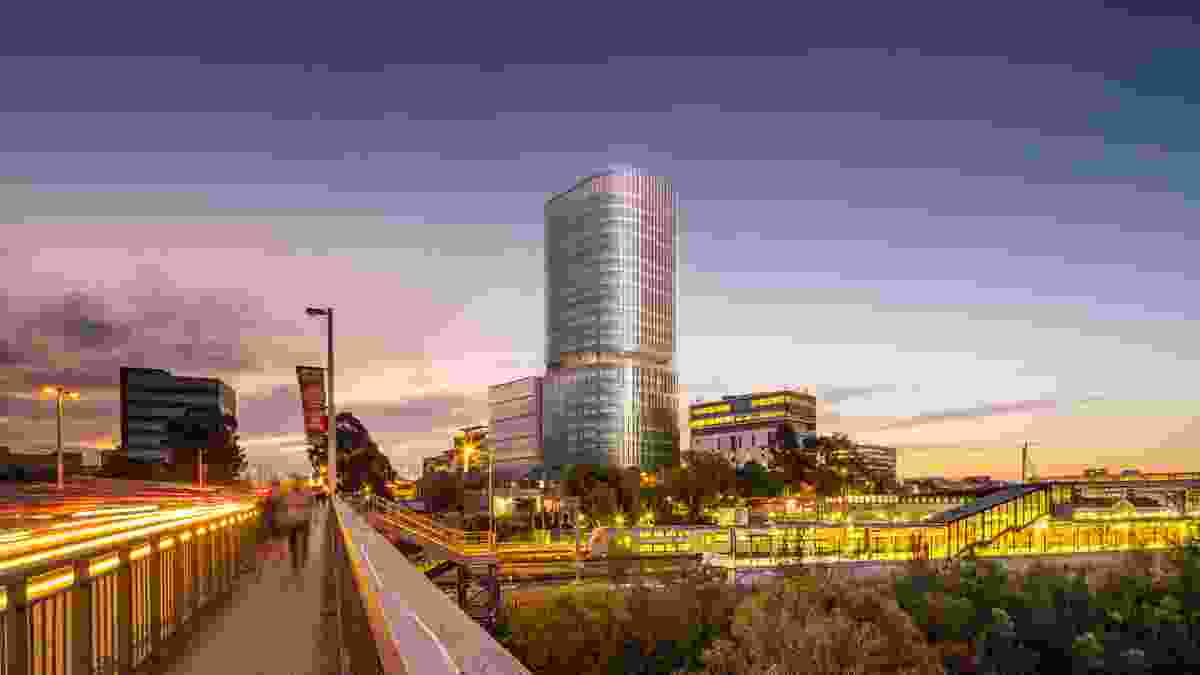 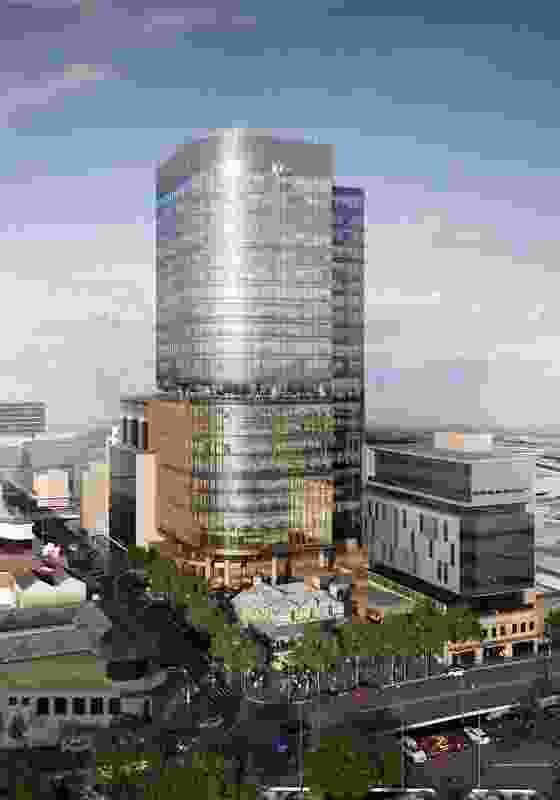 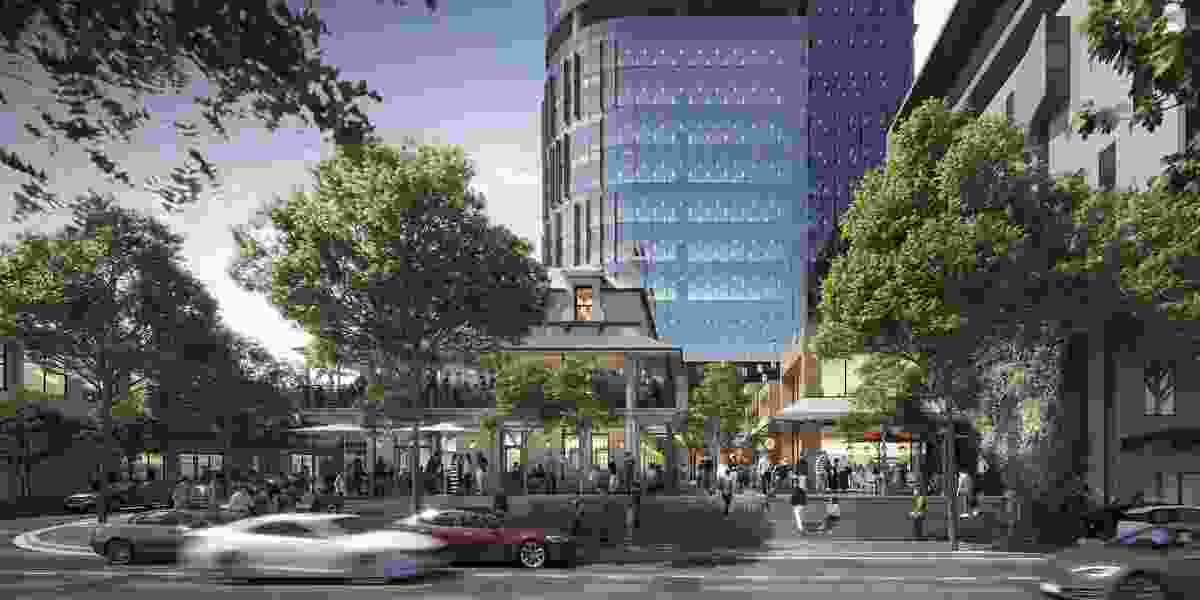