The third and final commercial tower proposed for the mammoth $1.9 billion development precinct Melbourne Quarter has been given the green light.

Two Melbourne Quarter, a 25-storey office building designed by Woods Bagot, was submitted for assessment in July 2017. It will be built at 697 Collins Street, adjacent to two commercial towers by Denton Corker Marshall – the 28-storey Melbourne Quarter Tower and the 19-storey One Melbourne Quarter.

“To complement Melbourne Quarter’s leading workplace design, we’re focusing on sustainability and access to amenities as key considerations for our office buildings, allowing tenants to work in nearby green parks, open spaces and co-working environments for greater employee health and wellbeing,” Menhinnitt said.

The residential section of the project comprises a trio of towers designed by Fender Katsalidis, which were approved in August 2016.

More than half of the Melbourne Quarter precinct will be open space, including what will be Melbourne’s first elevated park, conceived by Denton Corker Marshall and developed in collaboration with Aspect Oculus. The 2,000 square metre “skypark” will be built 10 to 12 metres above Collins Street.

The precincts first residential tower, East Tower, is already under construction and the entire precinct is forecast to be completed in stages over the next six to eight years. 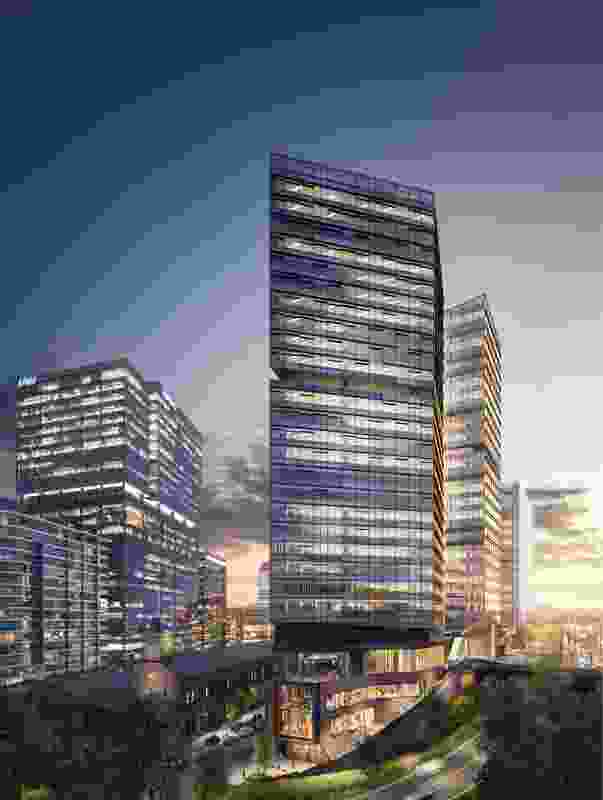 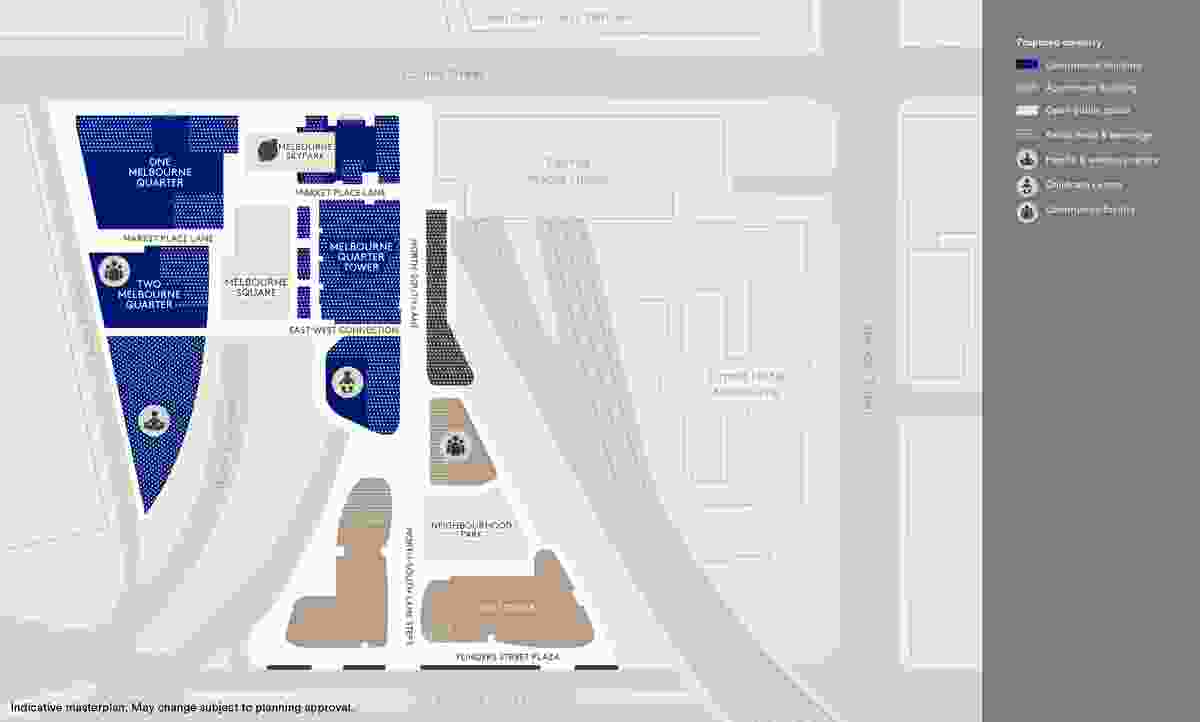