Designed in 2005, this terrace house renovation assisted Christopher Polly in a transition from full-time employment to embark on the journey of establishing his own practice.

A projecting timber wall assisted in providing privacy from the neighbouring properties.

It was mid-2005 and I was still employed by Tzannes Associates when I received a call from a professional couple in the UK. They wanted to renovate and extend their freestanding terrace house just off King Street in Newtown, with a view to moving back to Sydney to occupy it. From memory, they had approached me after seeing an article featuring a renovation I had completed on my own terrace house a few blocks away from theirs and they were keen to work with an architect who was familiar with the area. At the time, I hadn’t entertained the thought that the project would provide some means to establishing private practice – the main impetus for which came in late 2005 with a large commercial project in Homebush, which I undertook in collaboration with Welsh and Major.

When the client for Hird Behan House approached me, I simply liked the idea of working on a project with likeminded people who were responsive to good design, open to an exploration of ideas and wanted to achieve a high-quality outcome, while allowing me an opportunity to flex some creative muscle on my own terms for my first “real” client. The Homebush project didn’t find legs, but fortunately for my fledging foray into private practice the Hird Behan House moved forward, and I was aided financially by another terrace project that followed.

The site was challenging. It was a typically long inner-city lot with a south-facing rear that was acutely overlooked by flats on one side and a boarding house with a sprawl of shed-like rooms on the other side. The flats to the rear also didn’t help. The site felt somewhat secluded, yet it lacked sufficient privacy. Initially, the brief called for a two-storey rear extension and a complete upgrade of the original house to accommodate a new kitchen, a casual dining/sitting area and a covered first-floor terrace. The clients wanted better “flow” from front to back and an outward focus with improved natural light access and connections to the courtyard garden. A scheme was promptly developed for a consciously modest and legibly modern steel-framed addition at the rear of the old fabric, which could potentially be built in two stages.

The client, Glenn Behan, who is also an interior designer, provided conceptual design work for the kitchen based on my overall designs for the project’s exterior, interior and kitchen. He also provided design input for particular interior elements to the existing house. Due to cost challenges, the scheme was amended to decrease it to a single-storey rear pavilion, together with the significant work required to the old house (where only two rooms remained untouched) – this was the project that was eventually built, following further tightening of the new ground-floor area at the rear.

Noise from aircraft and neighbours was handled with double-glazed doors and windows, which also assisted in meeting thermal comfort objectives. Overlooking from neighbours was addressed by providing an overhanging roof, a projecting timber wall and a high courtyard wall, improving privacy from within and without. A frameless steel plate highlight window wrapped through the fabric of the old house to improve access to sunlight from the east and north-east along the side passage. Flexibility in the form of a floor frame built for the roof enabled the previously scrapped first-floor addition to be built over the ground floor at a later date.

In hindsight, the project was not what might be regarded as a statement piece, with significant scope for leveraging that hopeful next dream project to propel my young practice. It did, however, play a large part in a series of small projects that came along in ensuing years. It was an endeavour in stitching a series of appropriate outcomes in response to its particular brief, circumstances and setting, underlying values that I have carried through in projects since. The client was highly engaged in enabling design ideas to be built, and I was fortunate to work with a good builder and a great foreman who were equally fixated on executing the smallest detail of every considered aspect of the project. 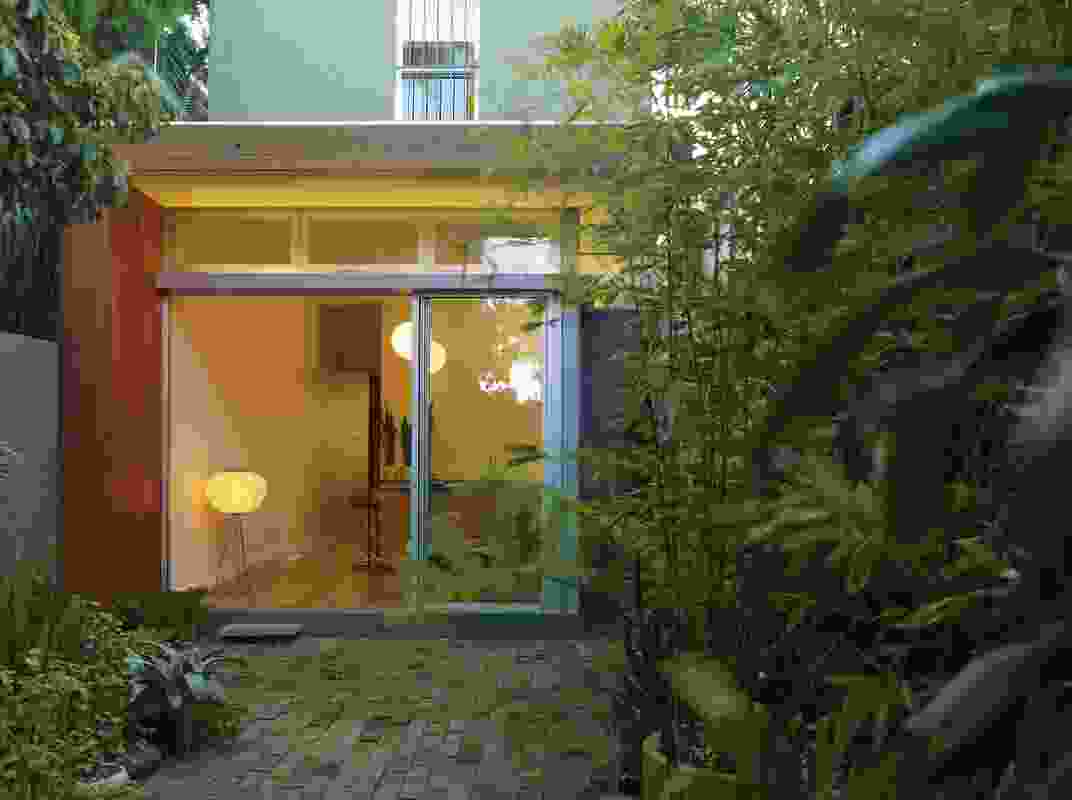 A projecting timber wall assisted in providing privacy from the neighbouring properties. 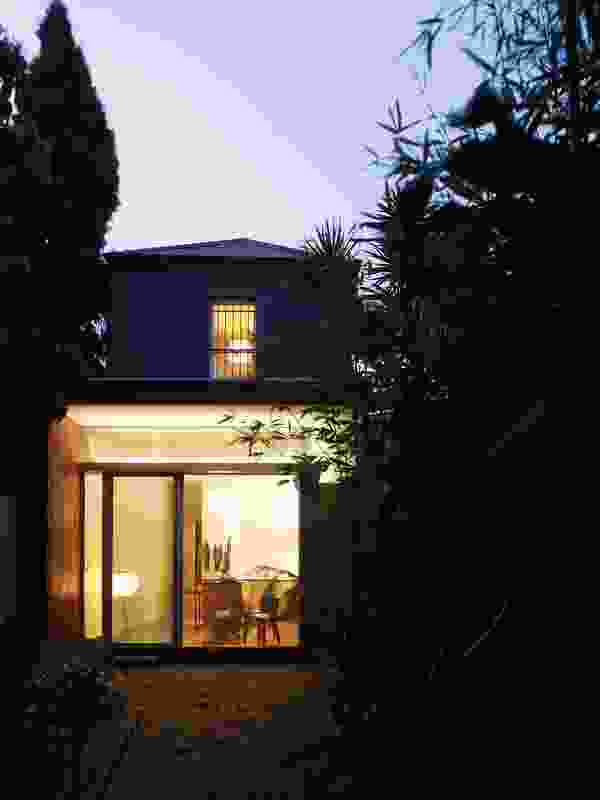 The rear addition to the existing terrace house is a legibly modern steel-framed element that directly connects to the courtyard. 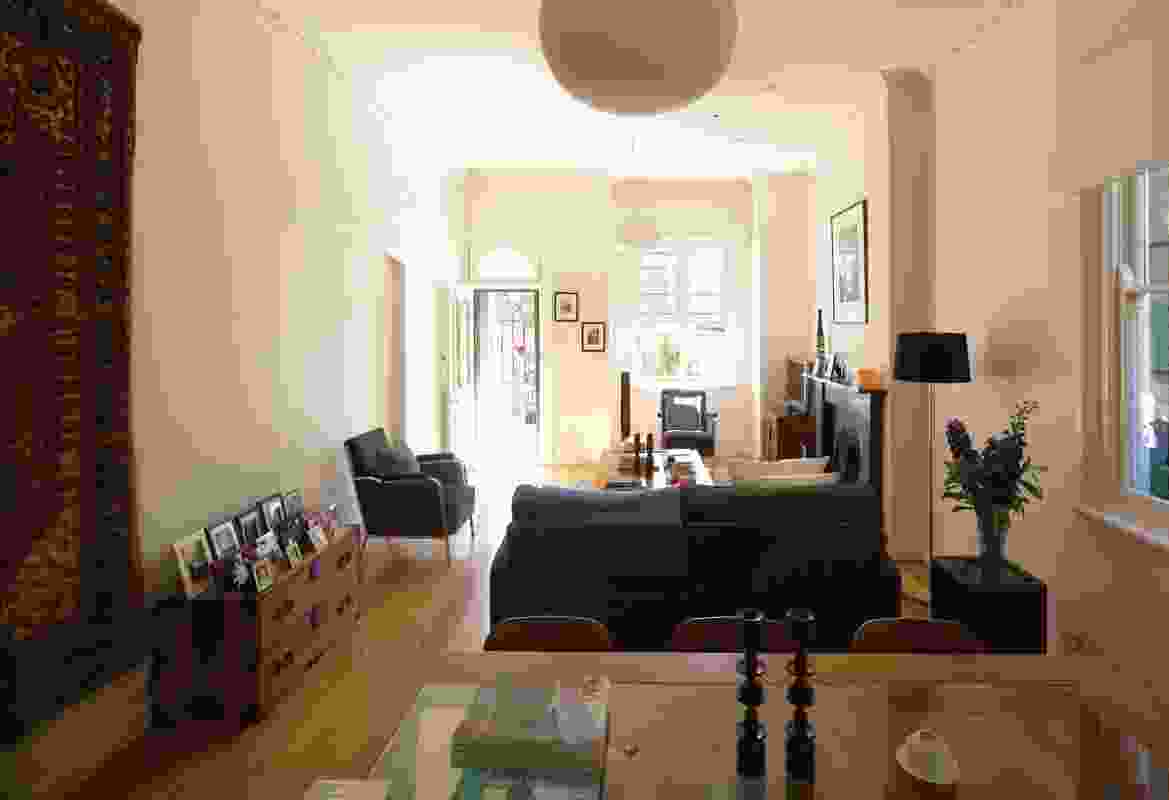 Significant work was required to the old terrace house and only two rooms remained untouched. 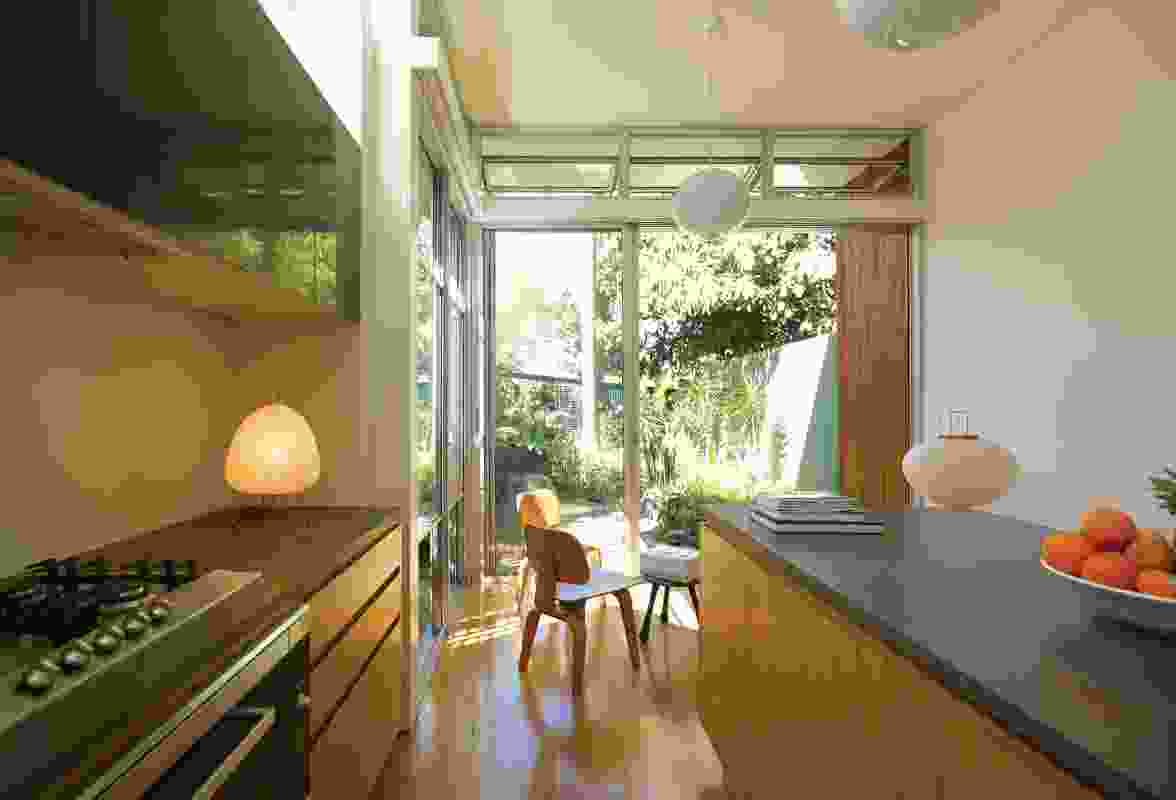 Conceptual design work for the kitchen was provided by the client, an interior designer. 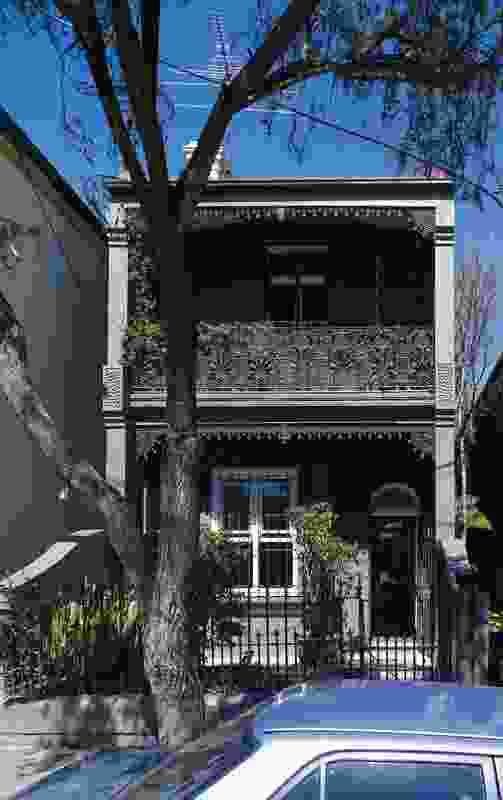 The front facade of the freestanding terrace house was restored. 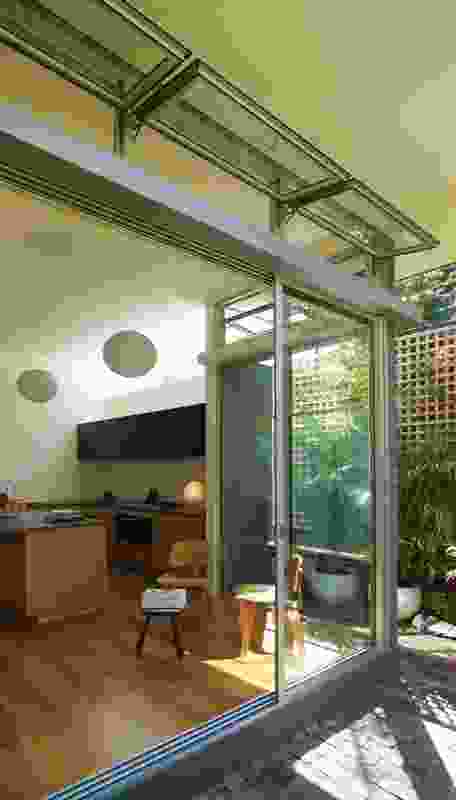 Noise from aircraft and neighbours was handled with double-glazed doors and windows, which also improved thermal comfort. 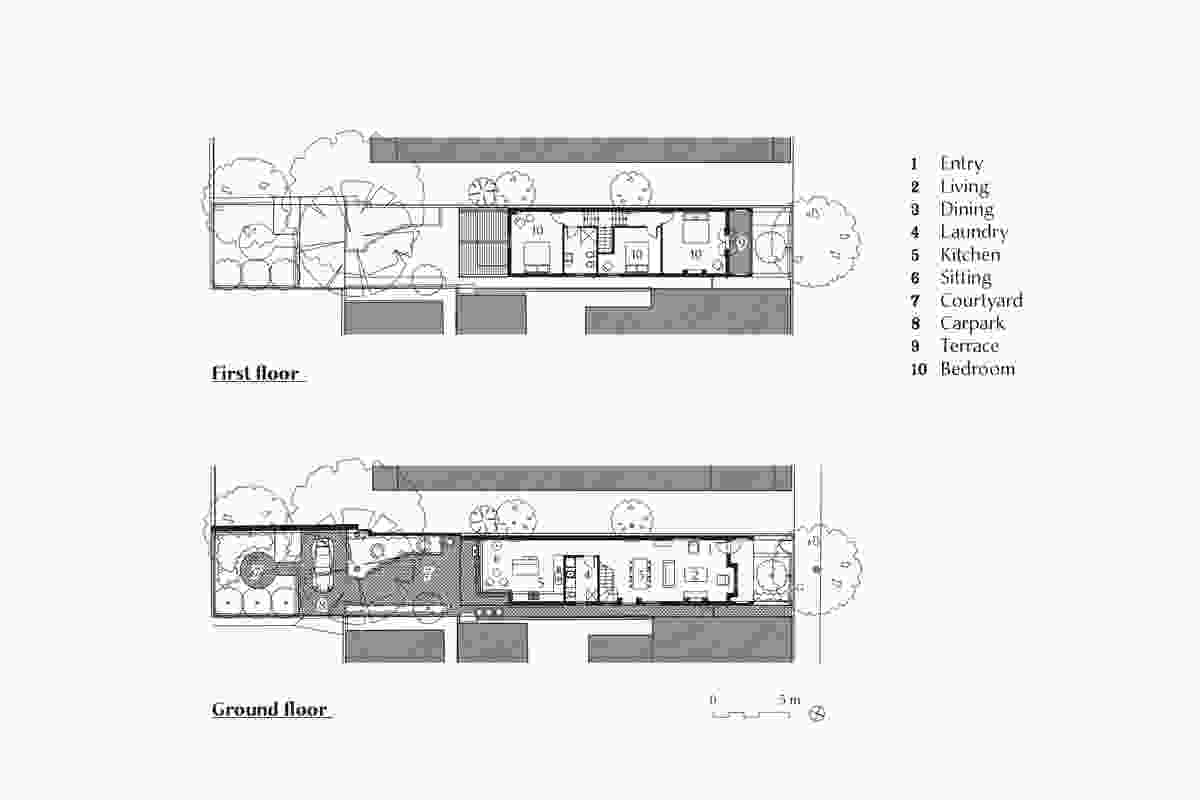