A distinctive undulating roof appears to float above this weekender, establishing a series of visual connections with the beauty and drama of the immense Indian Ocean.

A dramatic roof form is the main feature of IPH’s Florida Beach House.

Inspired by the dramatically undulating ceilings and use of natural light in Jørn Utzon’s Bagsvaerd Church, Denmark 1973–76, Adrian Iredale’s Florida Beach House is yet another extraordinary project in the evolution of Iredale Pedersen Hook’s (IPH) body of work. For IPH, it is the particularities of a specific site that inform its architectural response. The Australian site fascinates them, with “horizon” and “edge” being critical aspects. Exemplars include the award-winning Dawesville Residence on the coast south of Perth and the Nannup Holiday House within a forest near Margaret River, both of which draw directly from physical encounters of site as well as from site history and culture.

The design of the Florida Beach House, a weekender for a young family and their friends, was directed by the position of the site – on the front line of the immense Indian Ocean, just over the sand dunes and adjacent to a scattering of remnant holiday houses. However, this strip of land defined by the ocean is located just an hour’s drive south of Perth, on the perimeter of one of Australia’s fastest growing cities, and it is rapidly becoming suburbanized.

Reflecting some of the innovation and ecstasy found in Utzon’s dramatic roof, the undulating roof of this house appears to float. In concert with the ceiling, the roof works with light and three-dimensional form to create visual relationships with the beauty and drama of the ocean throughout the interior. Each room, “a world in its own,” has a specific volume defined by the roof form that is extruded up from the beach end toward the street. “Those spaces that do not contain a direct view to the ocean maintain the memory of the ocean through the continuing form of the roof,” says Adrian.

A series of courtyard spaces have been pocketed in various protected positions so that, in the tradition of holidays, the family would be able to live externally at any time throughout the Western Australian seasons. Beyond the pleasure of exterior space, the courtyards cleverly allow for transparency through to the ocean while offering protection from the harsh westerly wind and sun.

The architects wanted the design to “embody the weekender experience, the relaxing escape, another way of living and to reference the Australian holiday house culture of restraint, economy and robustness.” An extremely limited palette and material selection effectively focuses attention on the dominant idea of site and occupation and the disciplined resolution of every detail and every consequence. This restraint allows all design moves to serve the main objective.

Filtered light, transparency and reflection influence the way the house is perceived. On the outside, the strangely slightly controversial “ribbon of uncut compressed fibre cement and rough-sawn plywood panels provide a durable exterior skin to protect storm-exposed areas.” These moves align with IPH’s ongoing exploration of economy in material and space. Adrian says their architecture “challenges the premise that architectural quality must be expensive and seeks to do extraordinary things with ordinary materials.” He explains that while the exterior references past holiday homes, “the interior is smooth and sculptured, with subtle variations of white paint and gloss levels.”

Like the roof, the house’s platform-like base – constructed in recycled jarrah and “finished internally with Whittle wax and externally with Sikkens oil” – is cleverly elevated and under-lit to look as if it is floating. Plantation pine timber was used extensively in the prefabrication of the structural carcass that was transported to site, “like the bony remains of a great whale.”

From the first view of the sculptured, undulating roof form to the artwork hung in the entrance and the volumetric central corridor framing a view of the ocean beyond, this is a carefully orchestrated encounter with human occupation of site, a particular way of viewing the landscape.

IPH’s thoughtful, informed architectural responsiveness to human occupation of site raises questions. Not only “how do we dwell now?” but, more importantly and less evidently, “how do we aspire to dwell now?” Which leads us to consider the kind of buildings we champion and what we may gain or lose in the process.

This house received a high commendation in the New House over 200 square metres category of the 2011 Houses Awards. 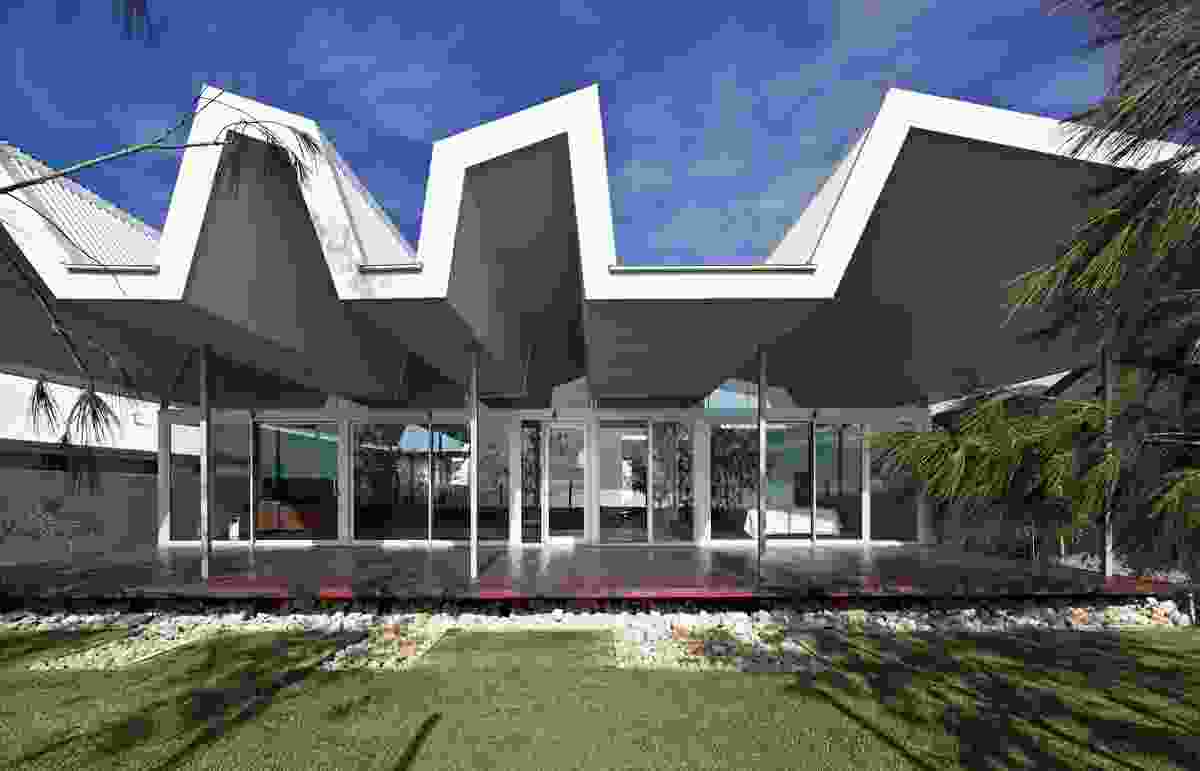 A dramatic roof form is the main feature of IPH’s Florida Beach House. 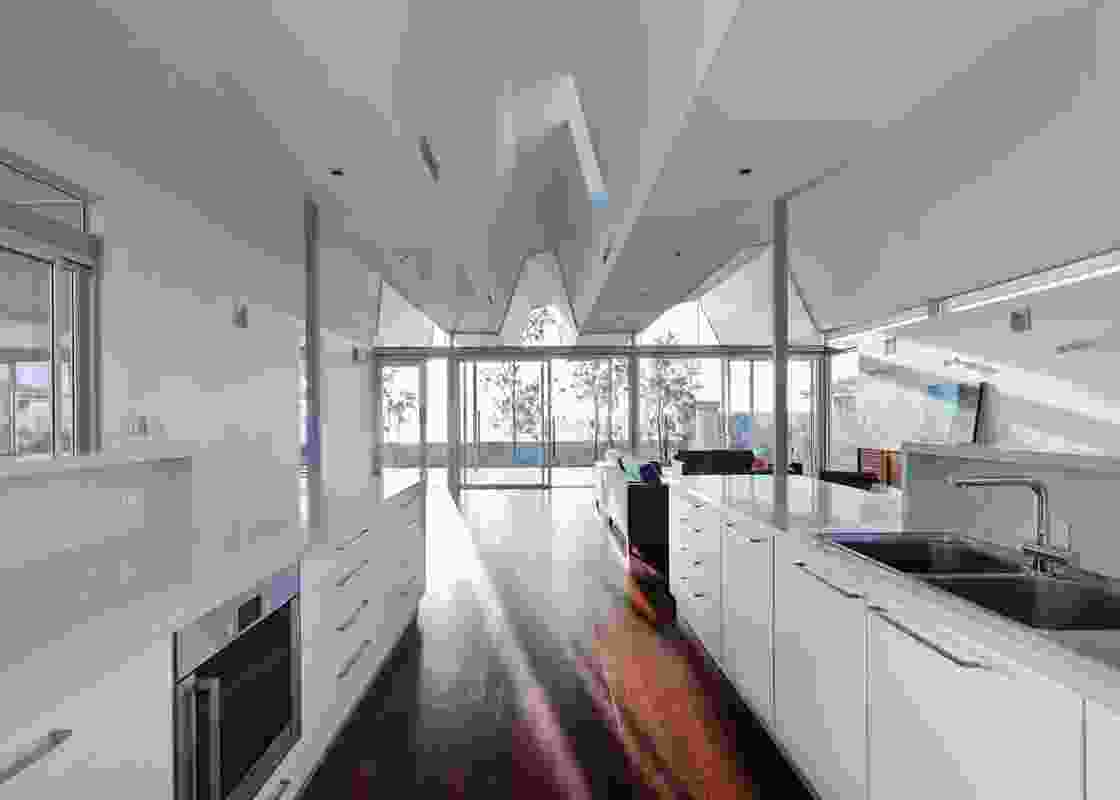 In the kitchen, the roof directs the eye to the Indian Ocean. 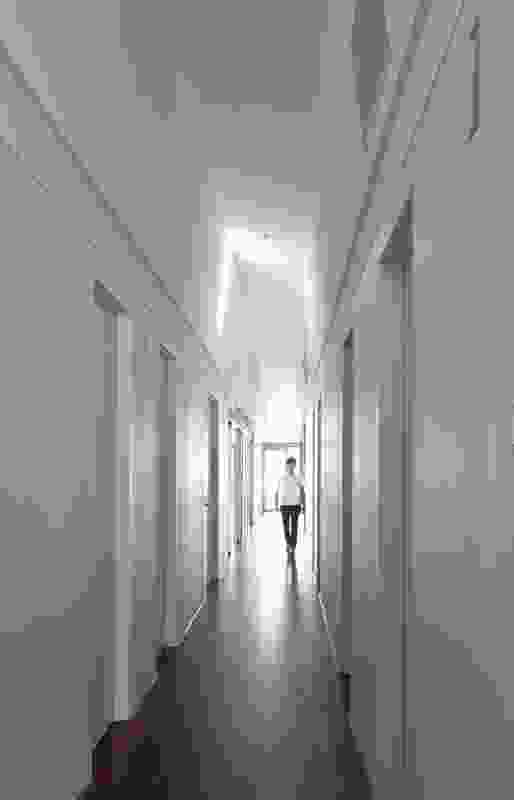 The central corridor orchestrates a view of the ocean, while playing with light and volume. 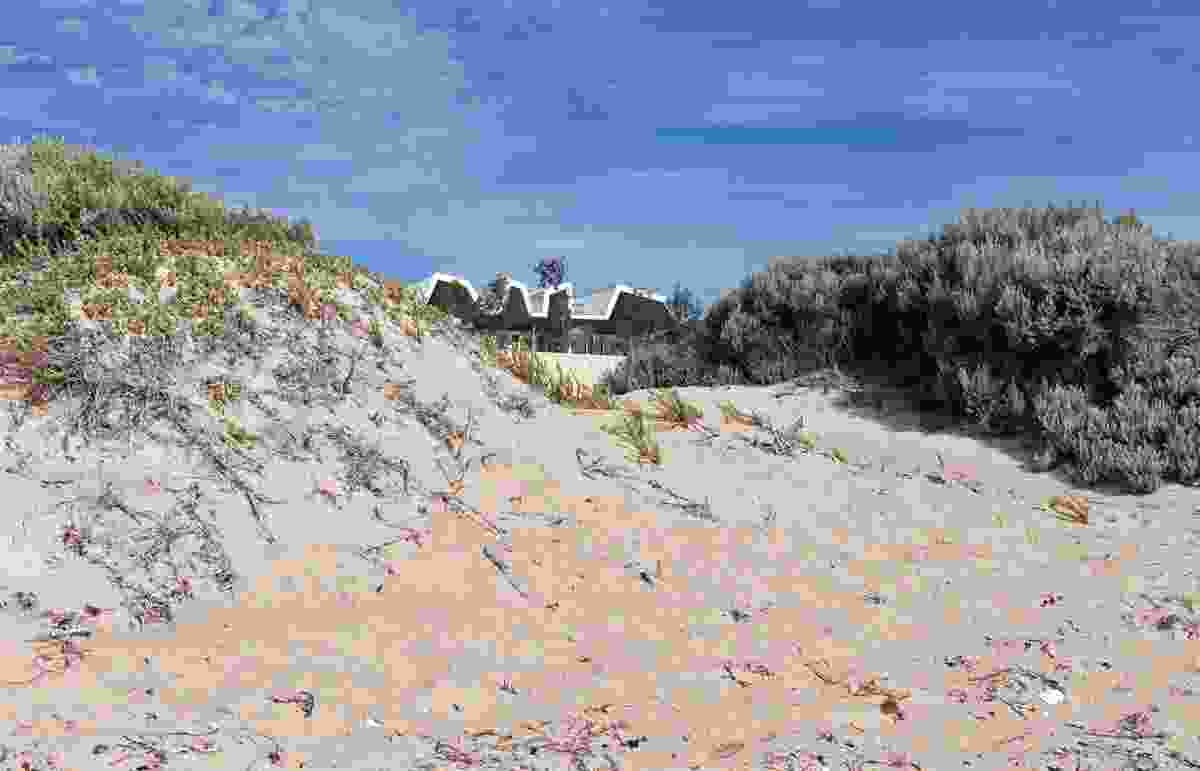 This part of the coast is on the perimeter of Perth and will soon be drawn into the outer suburbs. 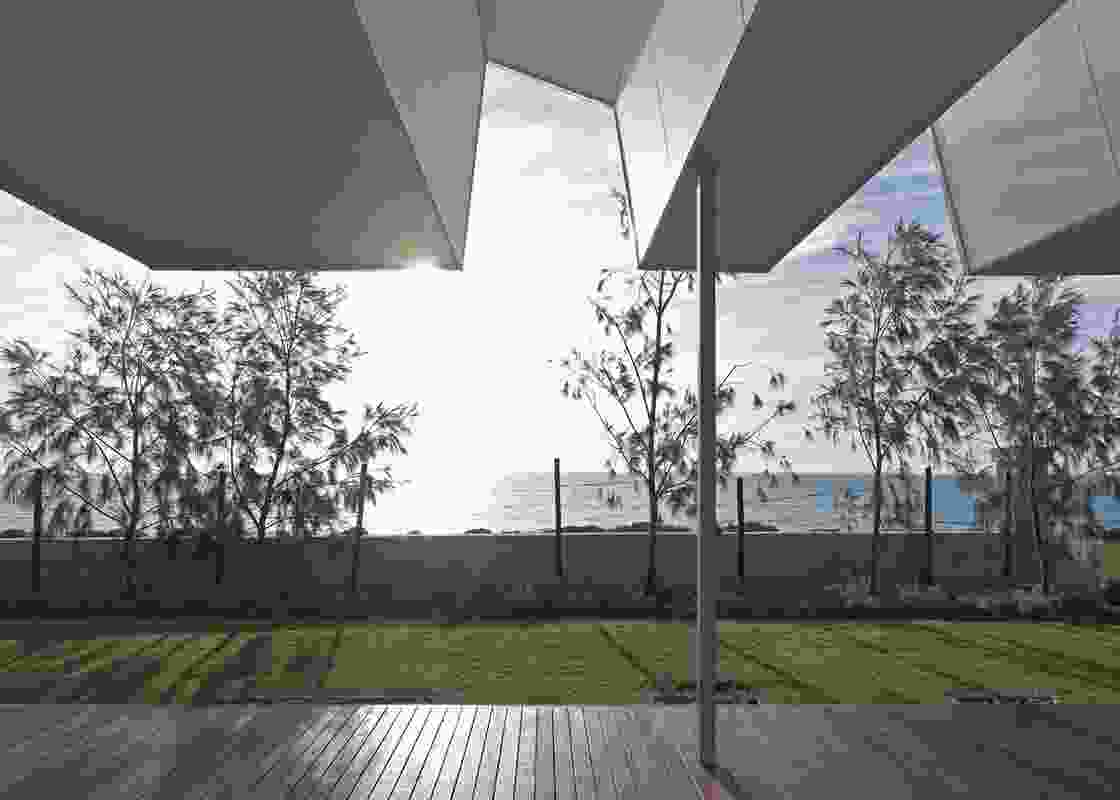 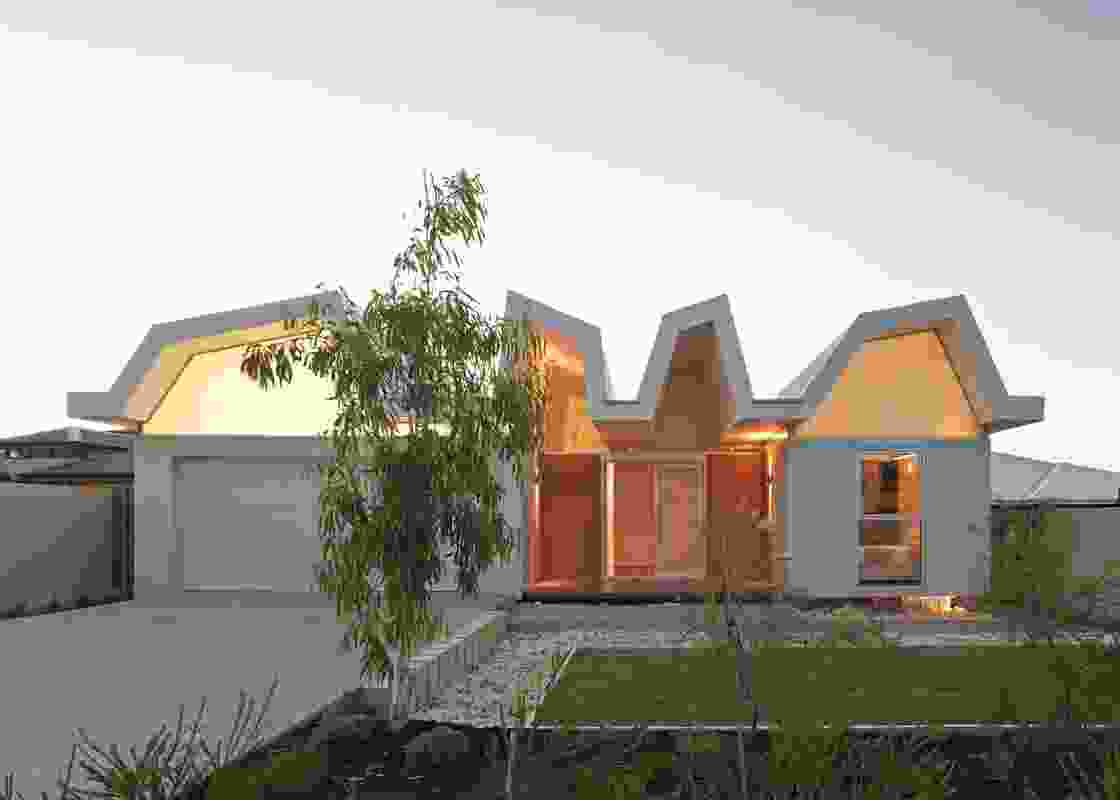 The main entry. External materials are robust and durable to protect the house from storms.