Forbo Flooring Systems has announced the winners of its 2012 Fly Forbo Award. Two major prizes were awarded, one to an Australian project and one to a New Zealand project.

Yum! (the parent company of KFC, Pizza Hut and Taco Bell) wanted a gathering space at its Australian headquarters to reflect the warm and vibrant culture of its business and to improve staff communication. The project also needed to reflect Yum!’s sustainability values. WMK responded with an inspiring gathering space for the whole company that features a town plan as part of the floor design, creating a hub where staff can relax, work, meet together and eat together.

Co-judge Cameron Bruhn, editorial director at Architecture Media, said, “This project is a great example of the way urban design ideas are impacting on interior design and making workplaces that are better for people.”

Of the Waikato Hospital Acute Services Building atrium Bruhn commented, “Bold swathes of vivid colour and dramatic shapes create a visually exciting interior landscape. This is a dynamic, lively and uplifting space that is so much more welcoming and exciting than traditional institutional surroundings.”

The Waikato District Health Board wanted an inviting, relaxing space with a strong identity that related back to the local environment, giving people a sense of comfort and ownership.

Joint CJM project director Marko den Breems of Jasmax Limited led the design for the atrium (which is part of the bigger Waikato Hospital campus redevelopment). He said, “Usually atria are large spaces that people feel quite threatened to enter, but the Acute Services atrium is welcoming. Our design expresses the colours and undulations of farmland and rolling hills central to the Waikato area’s identity. A palette was created from greens, orange/yellow and slate-y warm dark greys.”

CJM chose to use Marmoleum for its permanent, built-in antibacterial properties that kill MRSA and noroviruses. 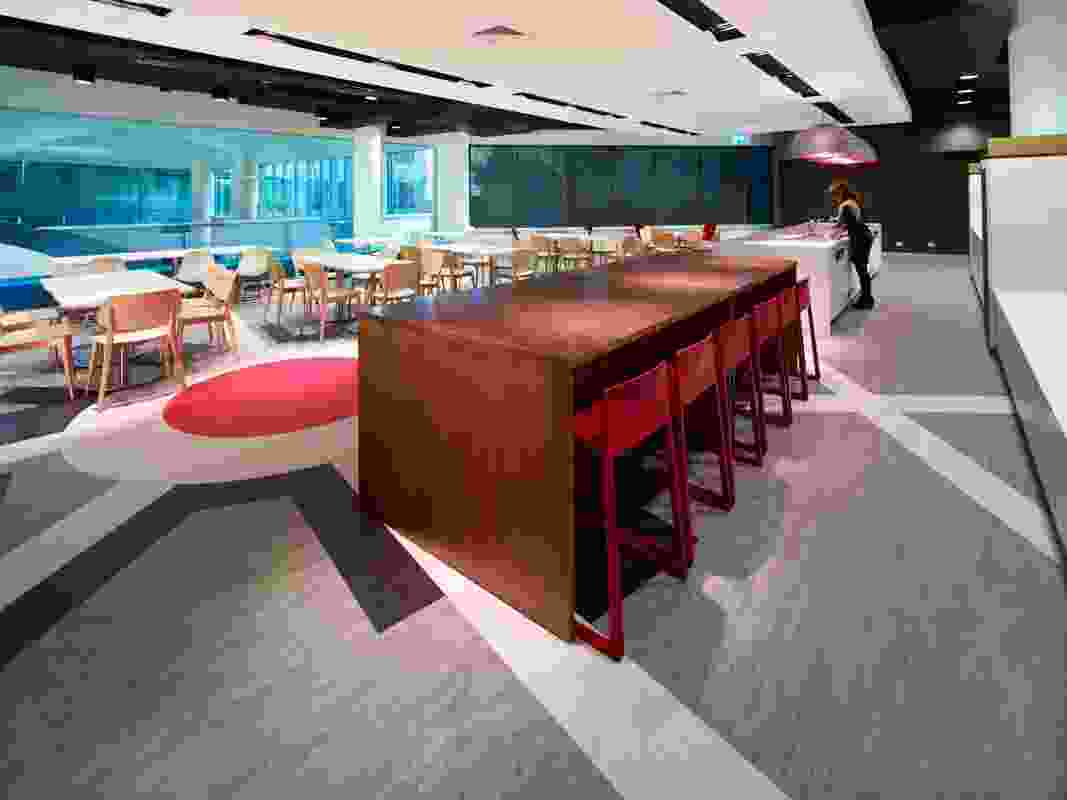 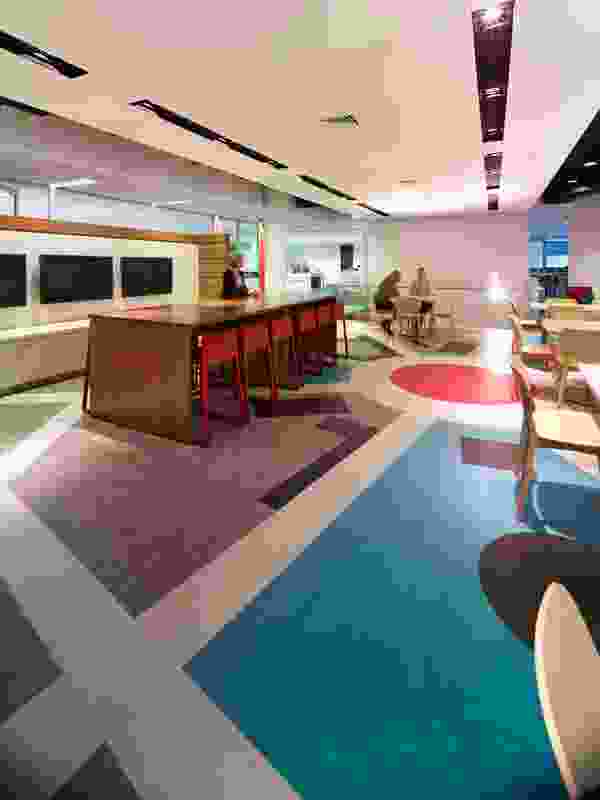 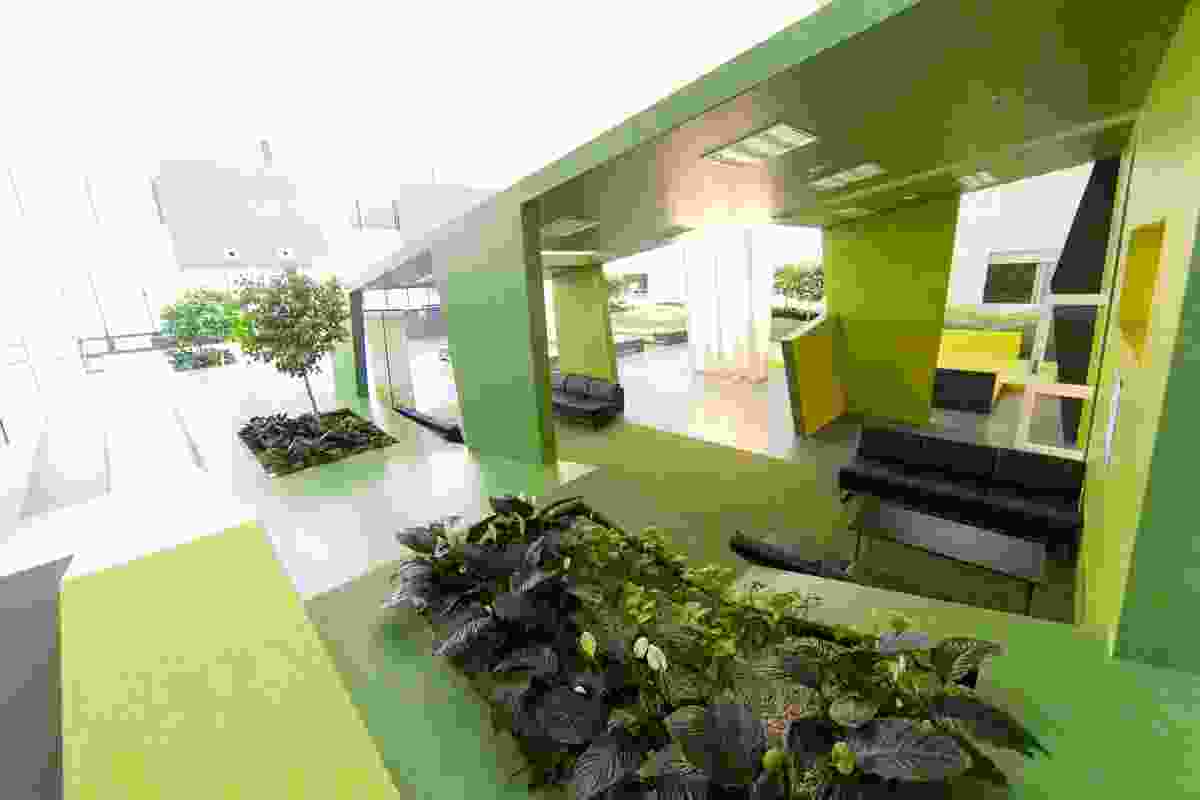 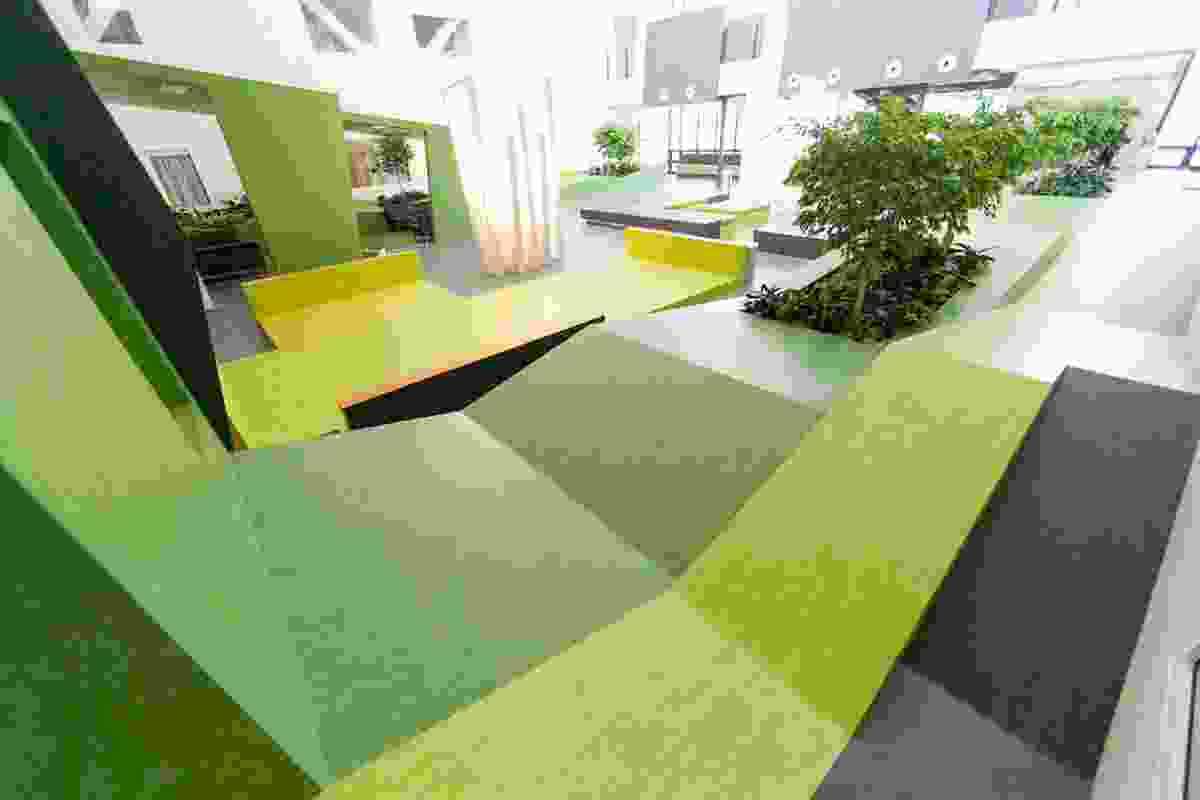