Here’s a sneak peak at some of the pics in this year’s Open House Melbourne (OHM) photographic competition. If you’d like to enter your photos from OHM 2012 in the competition for the chance to be published, there’s still time.

Over the weekend of 28-29 July, Open House Melbourne unlocked over one hundred of the city’s gems to the public, for its much-anticipated annual weekend sticky beak. Despite the occasional downpour, organizers recorded over 135,000 visits. If you were one of the thousands who donned wellies and macs to feed your inner voyeur, and you’re halfway handy with a camera, then the organizers are keen to have you enter your images from the weekend in their photography competition.

The Focus on Open House Melbourne (OHM) Photography Competition is open to professional photographers and amateurs alike, offering the chance for your images to be published and exhibited. All photos taken at OHM sites over the weekend of 28-29 July are eligible for entry. Architectural photographers Diana Snape and Mark Munroe will judge the entries across five categories, and will be looking for creativity, quality of photography and significance to the Open House Melbourne theme of good architecture.

Hundreds of entries have already been registered, some of them shown here for your enjoyment. The winner of each category will receive inspirational photography books and have their winning photograph published on the OHM website and in printed event program. Michaels Camera Store is hosting a public exhibition of the winning images in its gallery in October 2012. In addition, the winner of the best exterior category will be offered the opportunity to do the exterior photography for the OHM 2013 program and website.

The competition closes at 9 am on 6 August 2012, with winner announced 22 August on the OHM website. To enter click here.

While some like to tell their story in pictures, others, prefer words. Sharing her experiences from Melbourne Open House 2012 is Jan Henderson, Architecture Media’s resident lover of all things old and new in design.

My Open House Melbourne experience began with a visit to the subterranean world of Russell Place Substation, one of the many electricity zone substations in Melbourne’s CBD. Jeff McIntosh explained to our group of fifty the history of the substation and its relevance to the growth of Melbourne’s retail and hospitality landmarks. Of particular interest were the glass bulb mercury arc rectifiers that supplied direct current (DC) power to the city before it changed to alternating current (AC). Monash University is involved in an ongoing research program to assess the life cycle of the transformers on site. These transformers, built in the 1940s, are still operational at seventy-plus years old, it is important to understand the optimal longevity of these machines. As Jeff pointed out, ACDC isn’t just a band!

On to the Athenaeum library and theatre on Collins Street, built in 1842. The library is in use today and was bustling with curious visitors and partons when I visited. The furniture and fittings from a bygone era have their own unique charm. As the oldest public institution in Victoria and with a collection of more than sixty-thousand books the library holds a special place in this Melburnian’s heart. A tour of the theatre, with its red velvet seats and ornate balconies, was like a step back in time. I plan to return to hear one of the concerts scheduled this year. Scots’ Assembly Hall on Collins Street was an unexpected treat. Stepping through the modern sliding glass doors, I entered the world of Henry H. Kemp, who designed the building for the Presbyterian Church of Victoria. Built by Swanson Brothers in 1914–15, it features a beautiful art deco chandelier in the foyer and stunning stained glass windows. Seating 450 people, this is a splendid home for music recitals and church gatherings. As an example of late Gothic Revival style, Scots’ Assembly Hall is perfectly in tune with its patron, the Scots’ Church next door.

Moving from the 19th century realm into the 21st, I arrived at CH2 for a tour of the most sustainable council offices in Australia. Opened in 2006, the attributes and achievements of this 6-star Green Star building are spectacular. Through its sustainable design strategies it saves approximately $400,000 per annum in energy costs. Designed to cool itself in summer and retain heat in winter, the circulation of air in this workplace for 560 employees has reportedly helped curb sick leave to the tune of $2 million. A rooftop garden completes the picture of this truly modern commercial building.

Last, but by no means least on my tour was a visit to the Tryptich apartment building in South Melbourne. Located within the Arts Precinct, it is the quintessential design of what a residential building should be. Designed by Nettleton Tribe with interiors by Carr Design, in collaboration with Geyer, Jamie Durie and Robert Owen, among others, this building offers its residents a village-type lifestyle where neighbours of designated precincts can meet and socialize. With sustainability at its heart, the building has green walls, innovative ventilation systems and the best panoramic views of Melbourne. Quite a package.

The success of Open House Melbourne is the diversity of its offerings. There literally is something for everyone in this once-a-year opportunity to embrace the city and learn a little about what makes it tick. Looking forward to next year’s. —JH 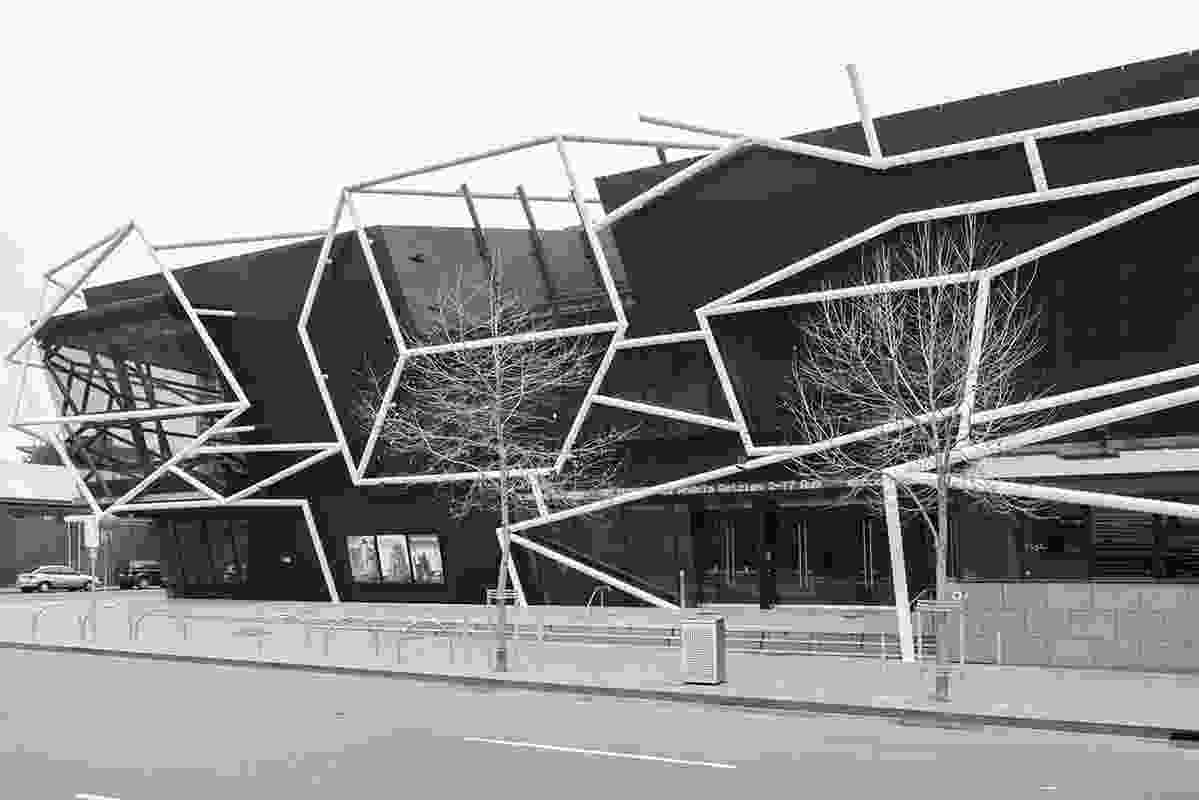 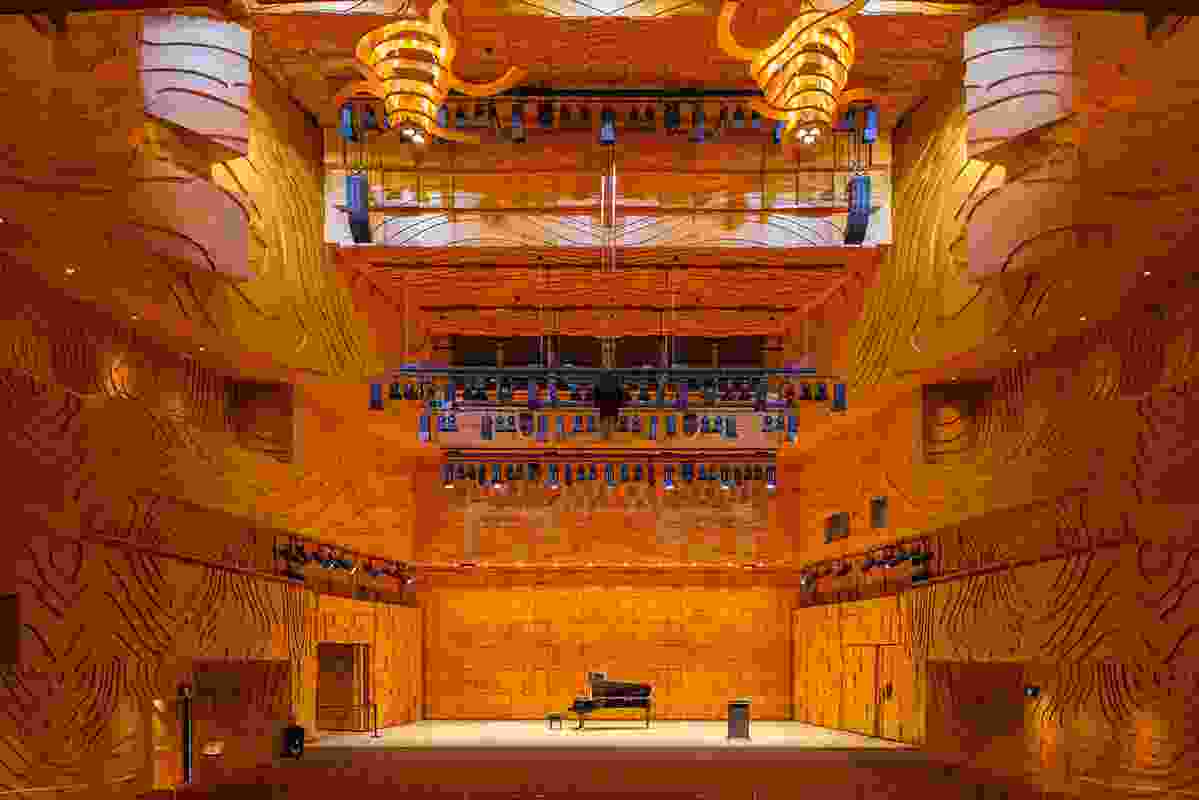 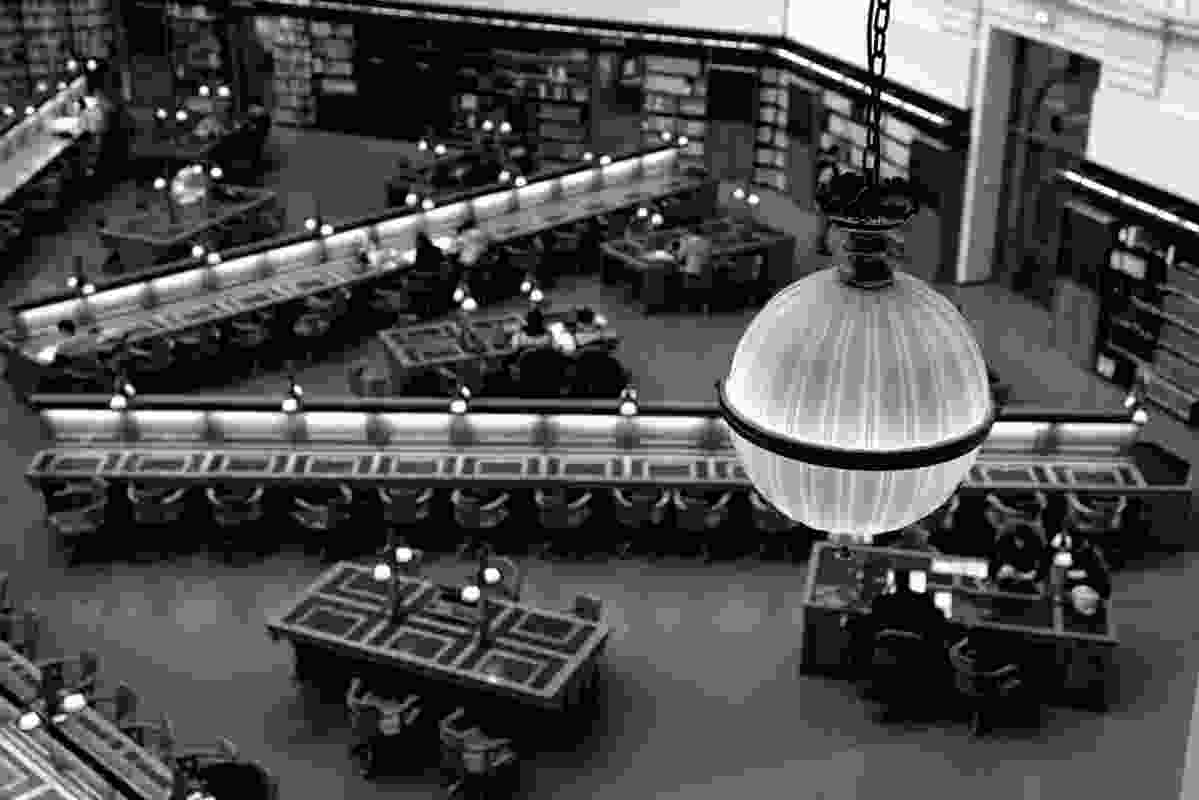 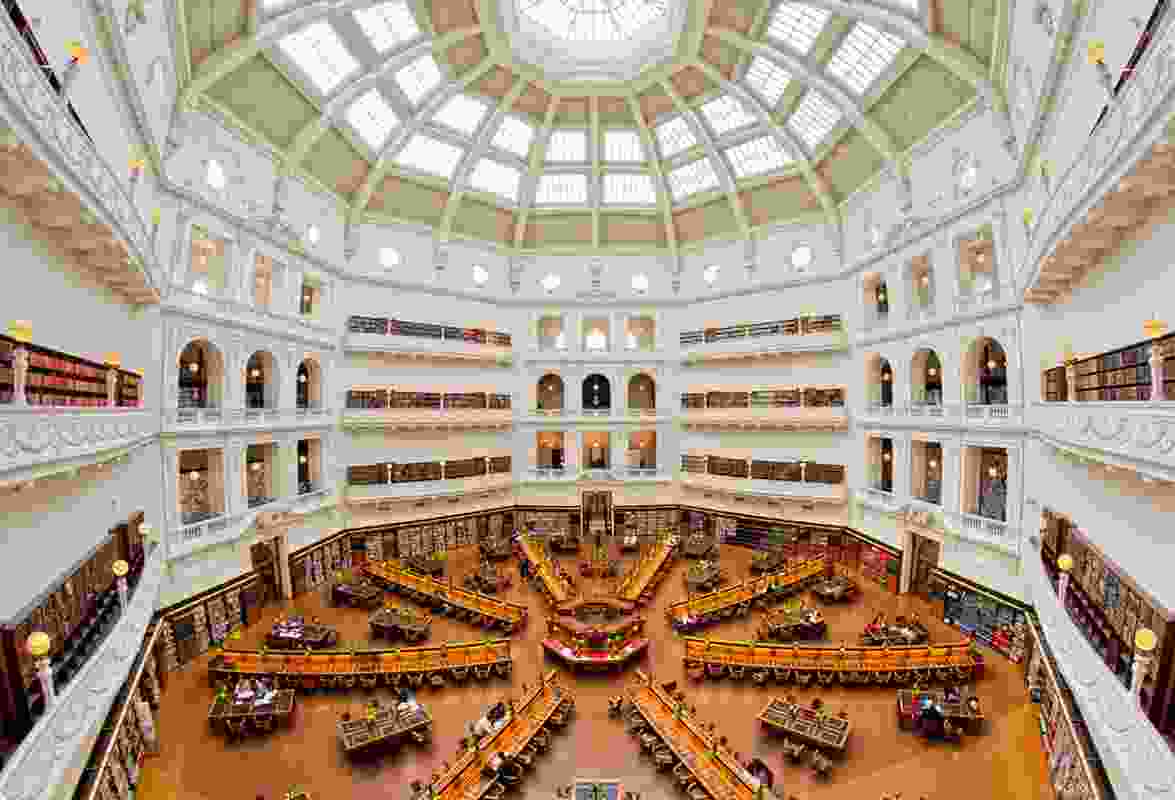 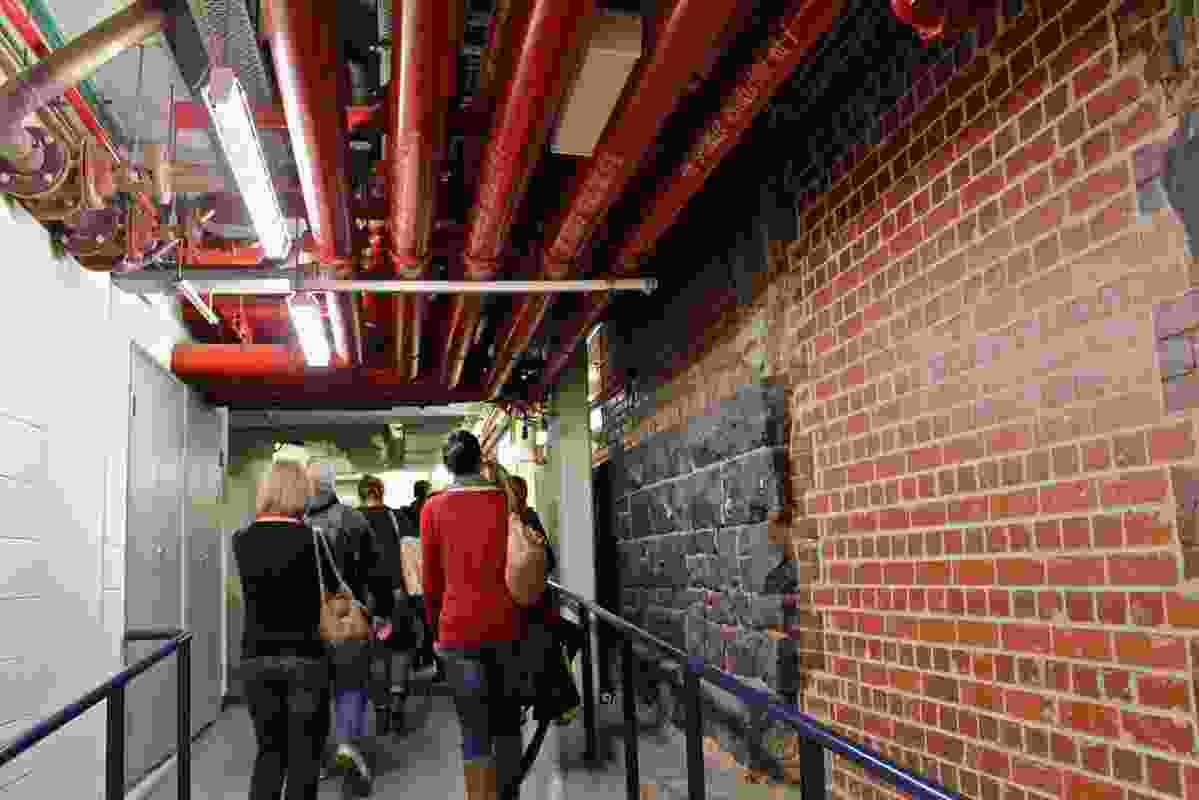 On the State Library tour. 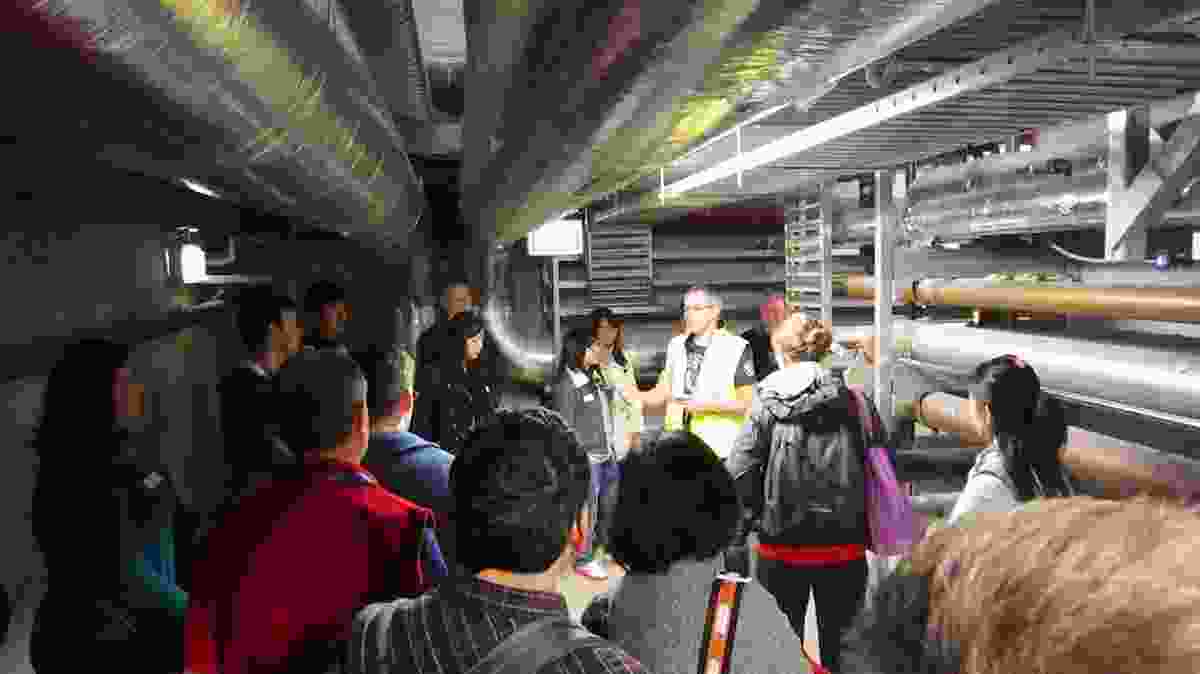 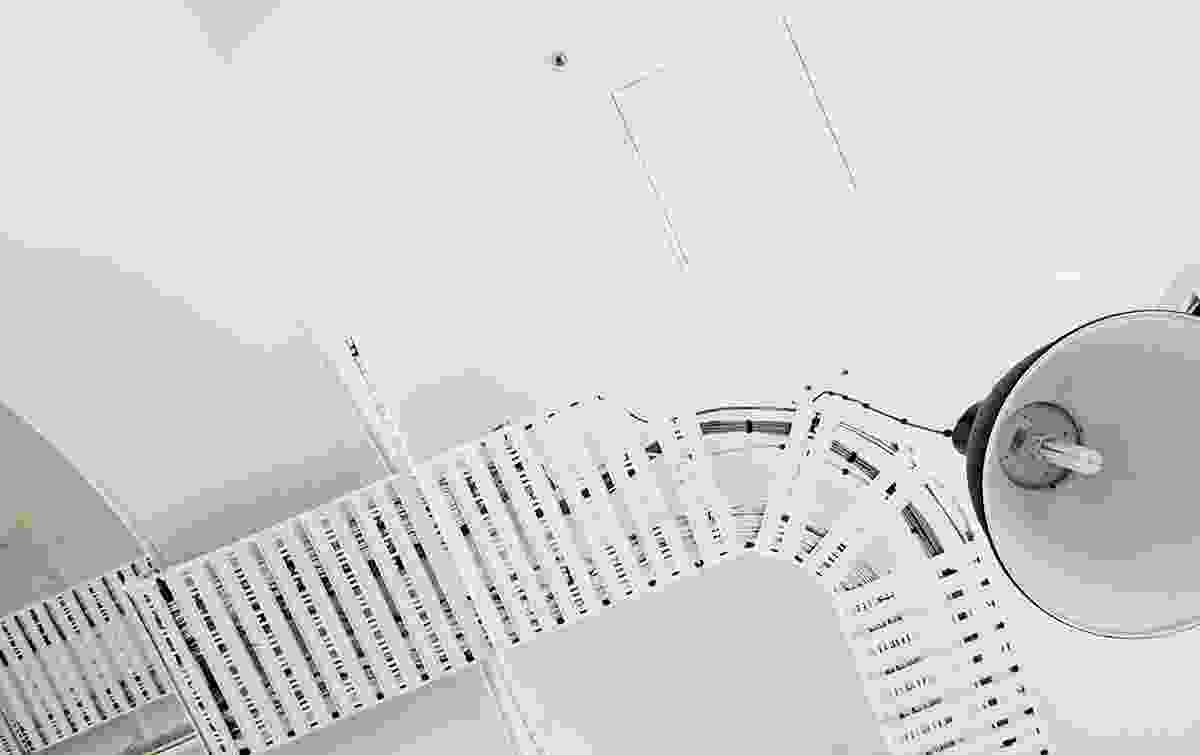 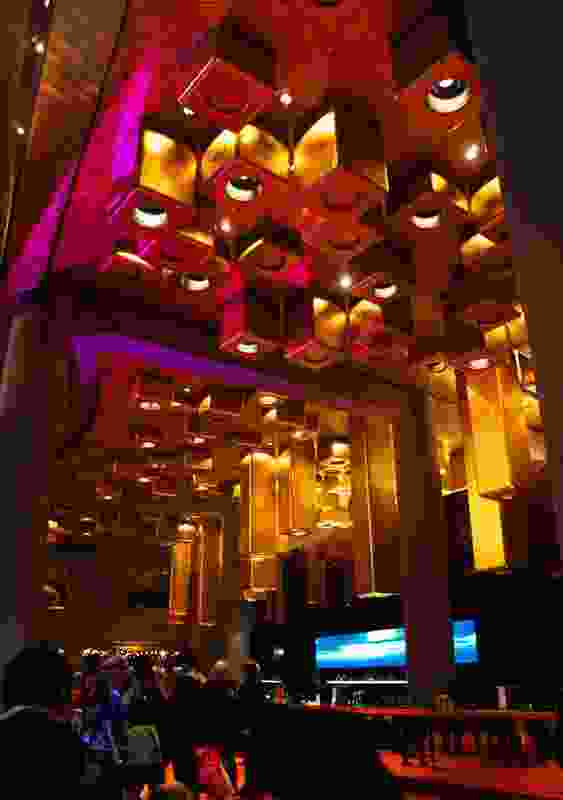 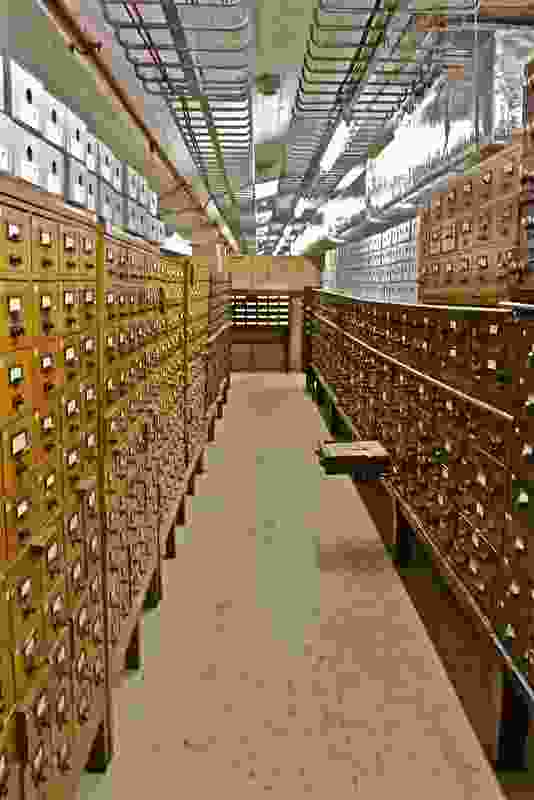 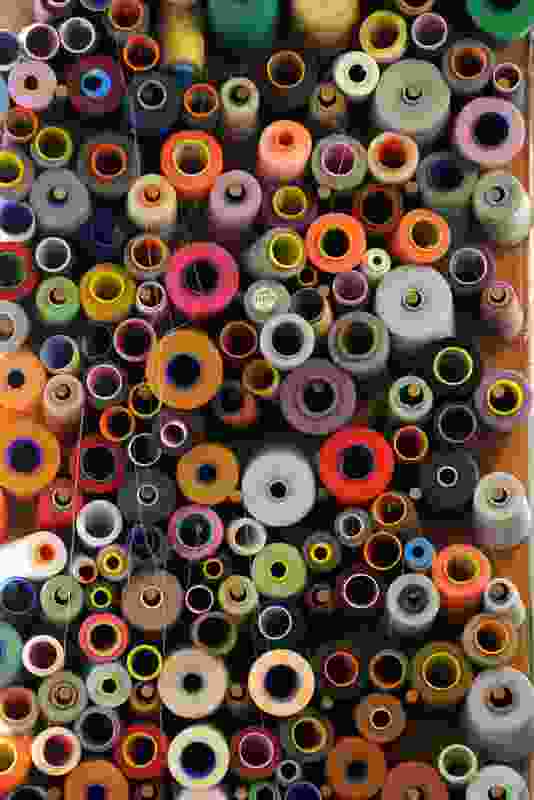 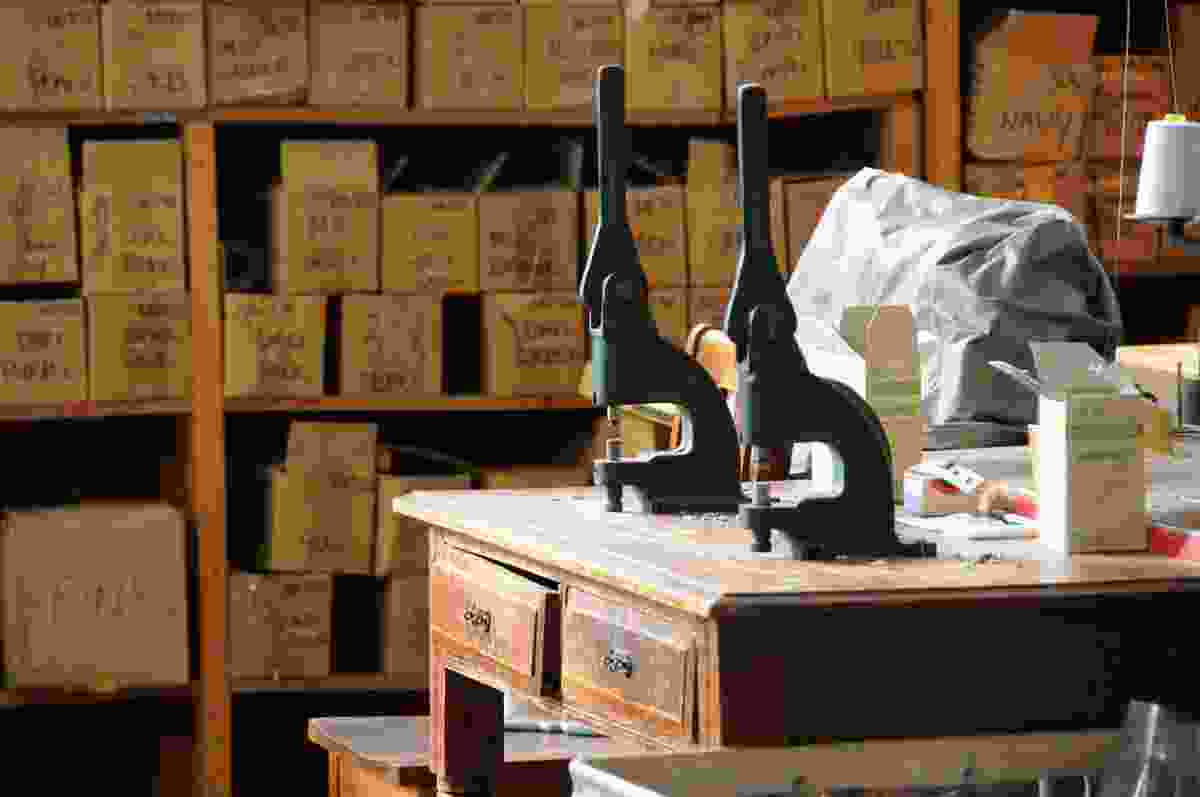 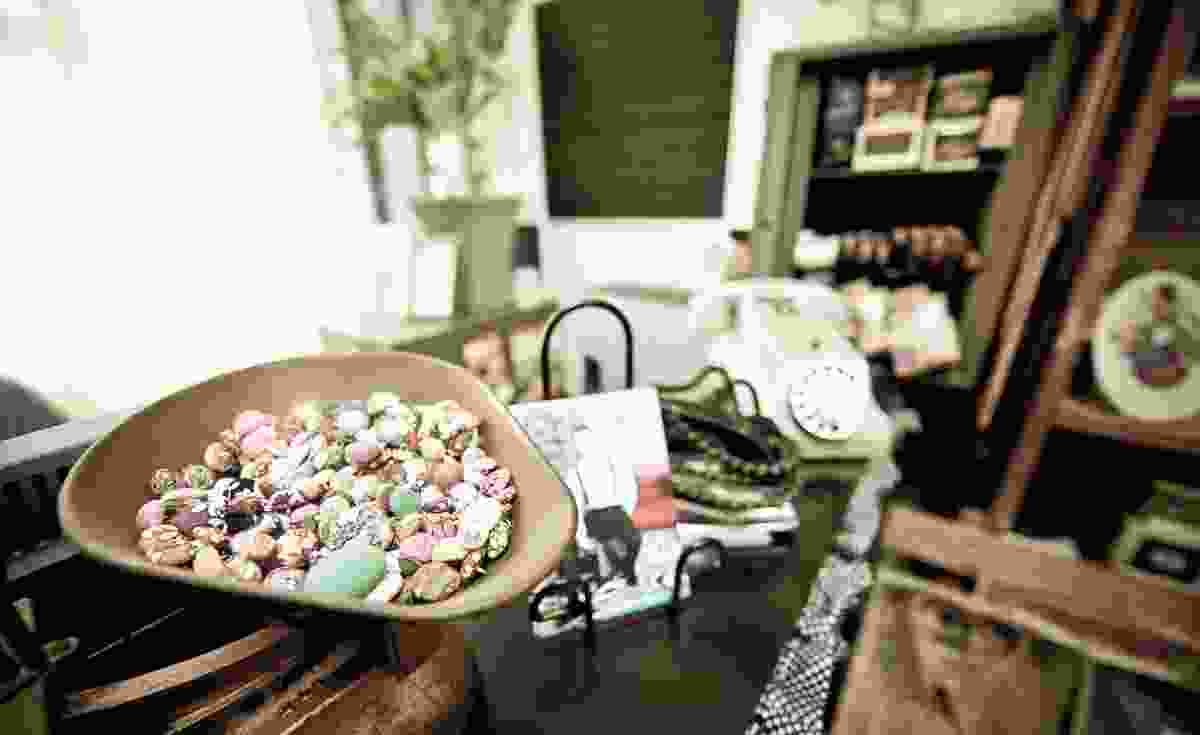 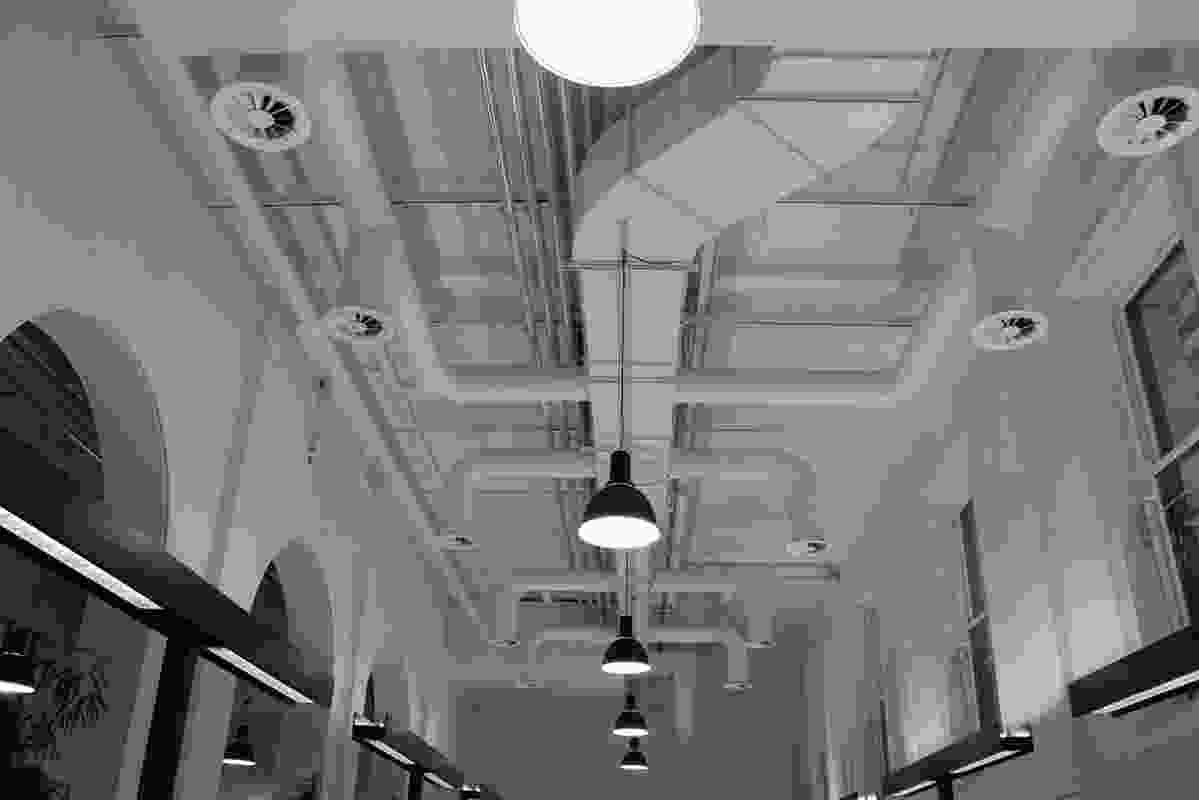 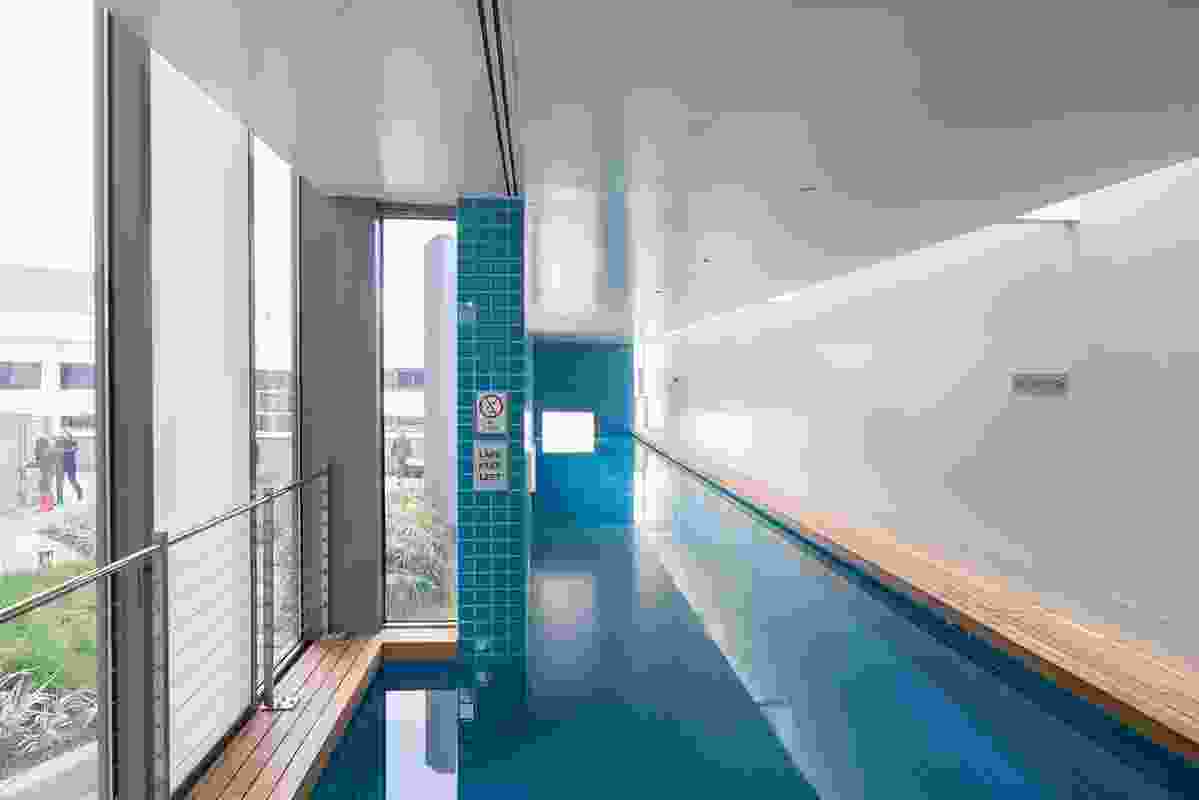 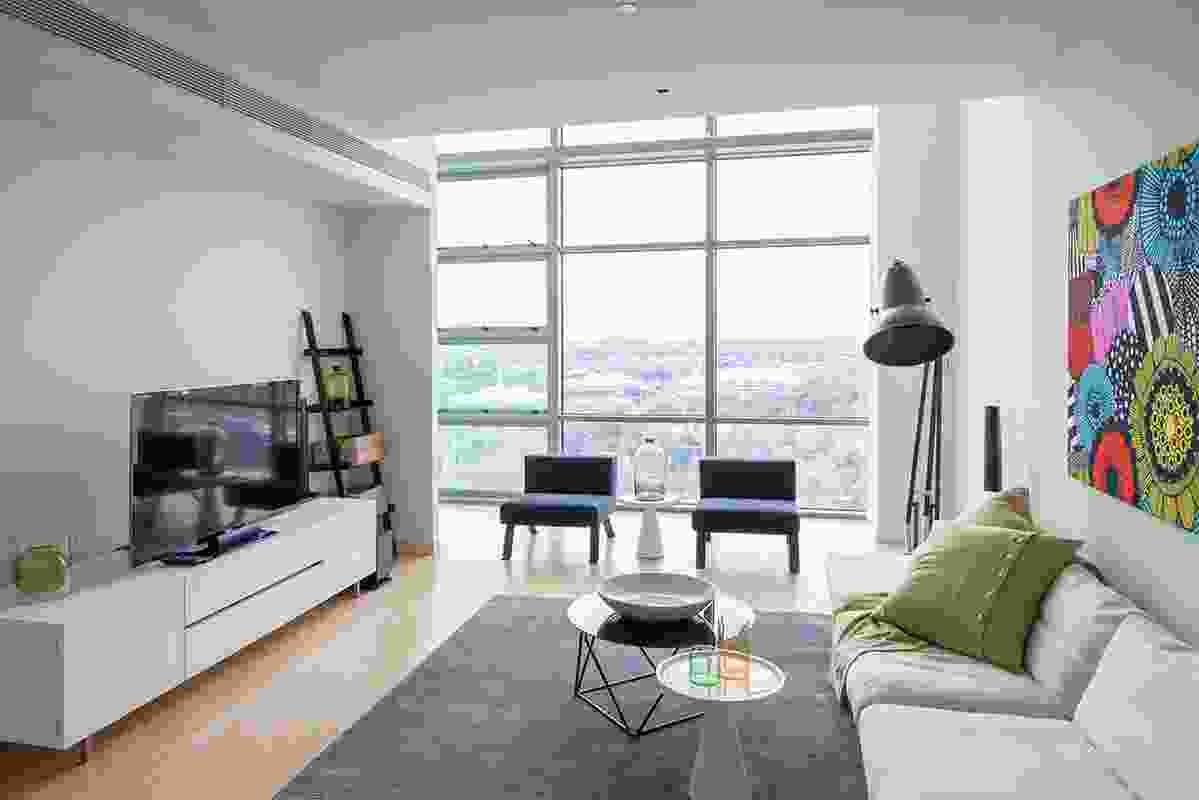 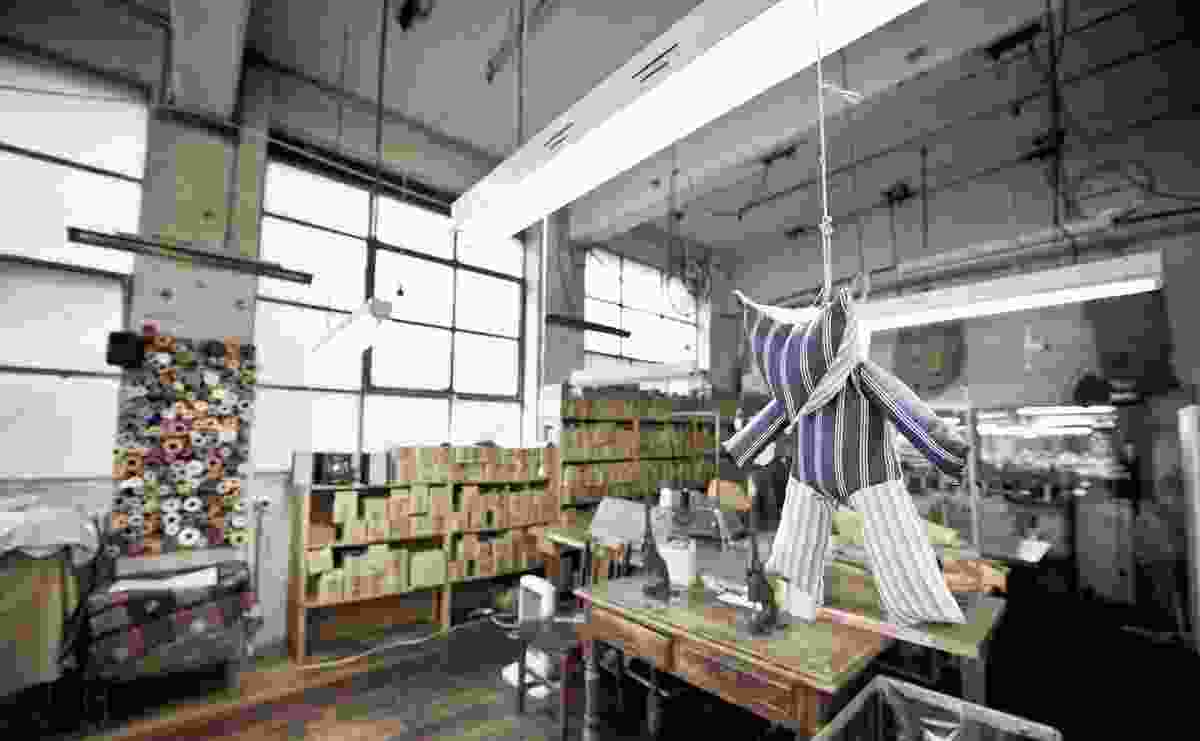 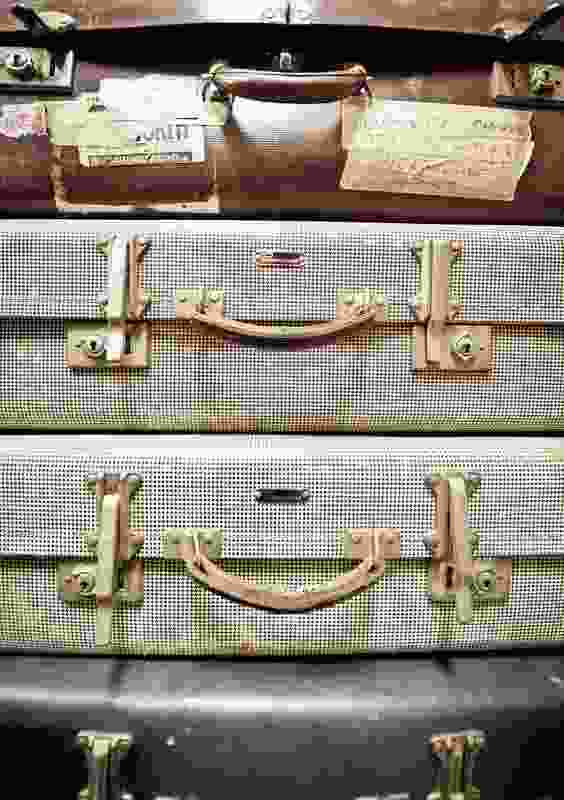