Peter Wilson, 2013 Gold Medallist, reflects on the landscape with a little sketch – his footnote from the Mar/Apr 2013 issue of Architecture Australia.

Could my 1983 sketch be included in what Shelley Penn has referred to as “outputs of the architecture industry”? A byproduct, perhaps – curious sheep miming a cubic structure, a junction of sky and bleached grass, indecisive gums unsure if they are ballerinas or trees. At that time we were researching the figurative, even trawling Victoria’s Western District for clues. The landscape reference seems to have crept into my luggage each time I left Australia’s shores. From Spain to Lebanon we encountered expatriate gums, and also in Cyprus, where Brits had planted them to banish malarial swamps. The wide sky over the flat polders of Holland were further Western District reminders, and in Umbria we saw the rolling fields of the upper Yarra Valley. 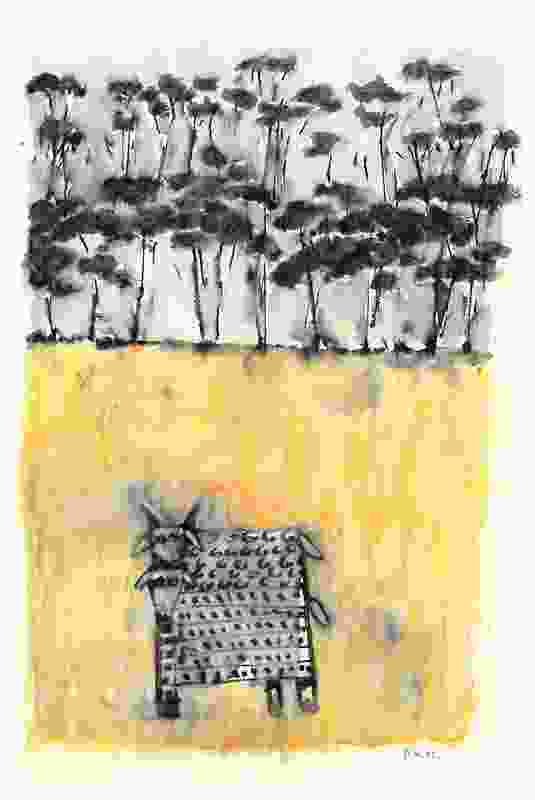 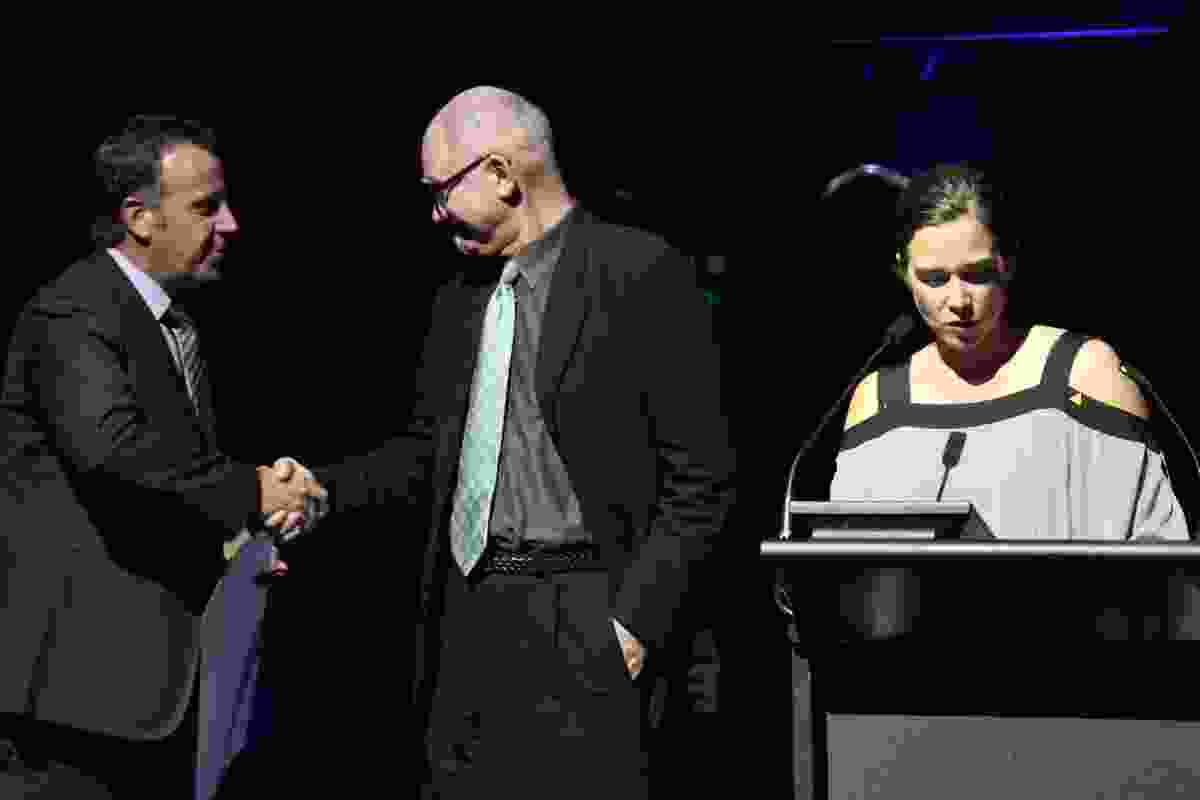