The proposed development on the North Bank Goods Shed designed by Fender Katsalidis and Oculus, with heritage advice from Lovell Chen.

A Melbourne riverfront mixed-use development, designed by Fender Katsalidis and Oculus, has been submitted to Victoria’s Department of Environment, Land, Water and Planning for approval.

The development will be located on the site of the heritage-listed Berth No. 5, a wharf on the north bank of the Yarra River. It is situated opposite the Melbourne Convention and Exhibition Centre in Southbank (currently undergoing a $300-million expansion designed by NH Architecture and Woods Bagot). The nearby Seafarers Bridge, designed by Grimshaw Architects, connects the proposed development to the south bank of the river.

The development proposes to restore and repurpose a former cargo shed, which dates from 1855, into a waterfront events venue. Heritage consultants Lovell Chen will provide heritage advice. The development will also include a 180-room hotel, 250 apartments and a 3,500-square-metre park.

According to its heritage statement of significance, the existing shed “is the oldest surviving shed specifically designed for modern mechanized goods handling such as forklifts and pallet trucks.” The heritage site also includes a goods-handling crane designed by local engineering firm Malcolm Moore. The site is “the last intact example of an integrated wharf-crane-shed berth in the Port of Melbourne.”

The development will also include provisions to refurbish the wharf. The heritage elements of the site will be integrated into the new development.

“The site’s heritage components are what make it so special,” said Karl Fender, managing principal architect of Fender Katsalidis. “We wanted to represent them respectfully but in a new light.”

“We’ve created a number of places to integrate and encourage interaction with these heritage elements, such as the former slipway, which will be covered with glass inside the pavilion so people will be able to walk literally right on top of this unique piece of history,” he continued.

The conversion of the former cargo shed will feature an extruded glass pavilion at the eastern end, which will preserve the facade. The interior of the space will celebrate the shed’s original roof trusses.

“By restoring the historic shed into a mixed-use retail, function space and hotel lobby that spills out into the public landscaped park, we can bring amenity to the site and create a real vibrancy and mix of activity,” Fender said.

The 18-storey development will have a three-level hotel and 12 residential floors above the existing shed. The building’s design is inspired by the winding Yarra River. Its south-facing glass facade will feature gold glass fins and vertical landscaping.

“The new building will lyrically ‘float’ above the heritage shed in a series of curvaceous, light and airy layers, in a way that’s inspired by the curves of the river and its tidal flows,” Fender said.

The development will sit on a 290-metre-long promenade along the north bank of the river, linking up with the Jim Stynes Bridge designed by Cox Architecture, Oculus and Aurecon.

In August 2013, Victoria’s then planning minister Matthew Guy approved a previous scheme for the site, which included a 13-storey office tower designed by Cox Architecture. The developer Asset 1 had a 99-year lease agreement with the government. In November 2015, the government announced the site was sold to the tenant, part of Riverlee group, for $28.5 million.

Nicky Drobis, director of design at Fender Katsalidis, said the practice inherited the project from Cox Architecture when the developer “decided to change the use of the commercial building […] to a residential building.”

“[They] approached Fender Katsalidis for our expertise in multiresidential design. We have previously completed 108 Flinders Street and have stages two and three of the Jacques development in Richmond currently under construction for Riverlee,” she said.

Riverlee is now seeking approval to revise the existing scheme, which it says will “adopt a more integrated mixed-use design that promotes both day- and night-time activation and enhanced integration with the waterfront.”

The revised plans will be assessed by the Department of Environment, Land, Water and Planning and the City of Melbourne. 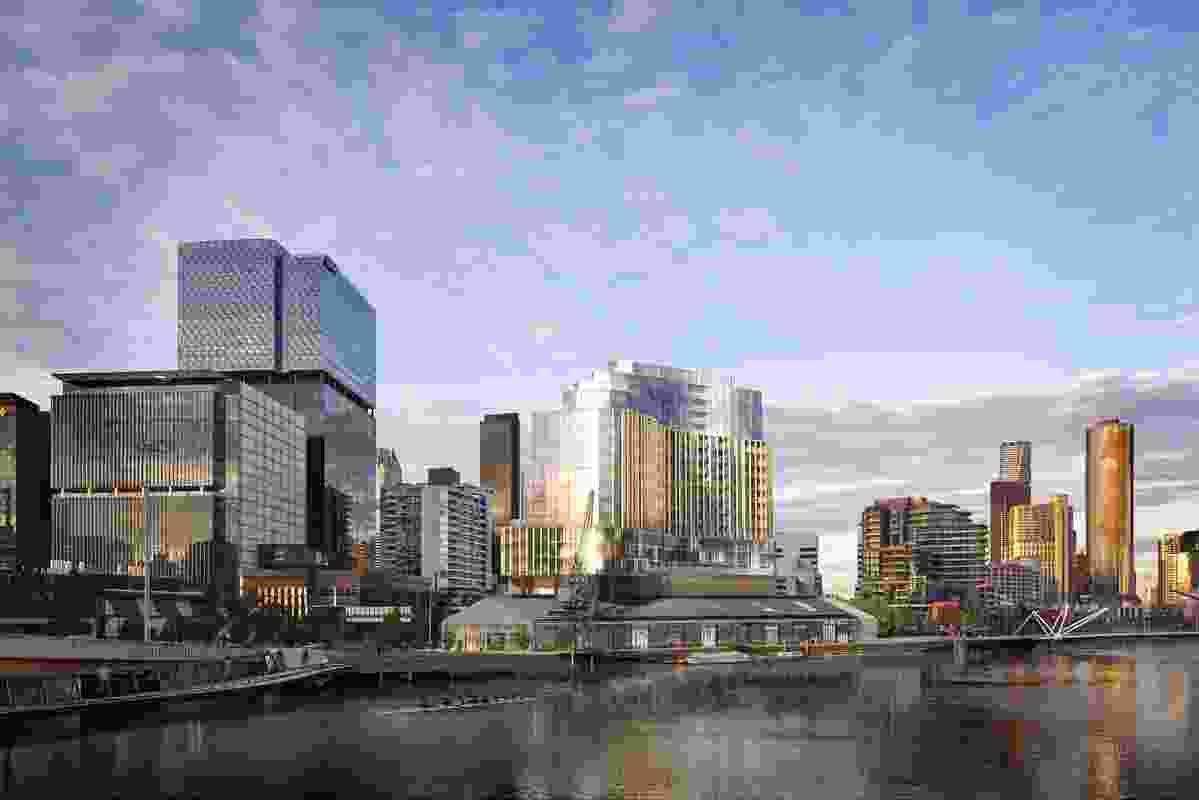 The proposed development on the North Bank Goods Shed designed by Fender Katsalidis and Oculus, with heritage advice from Lovell Chen. 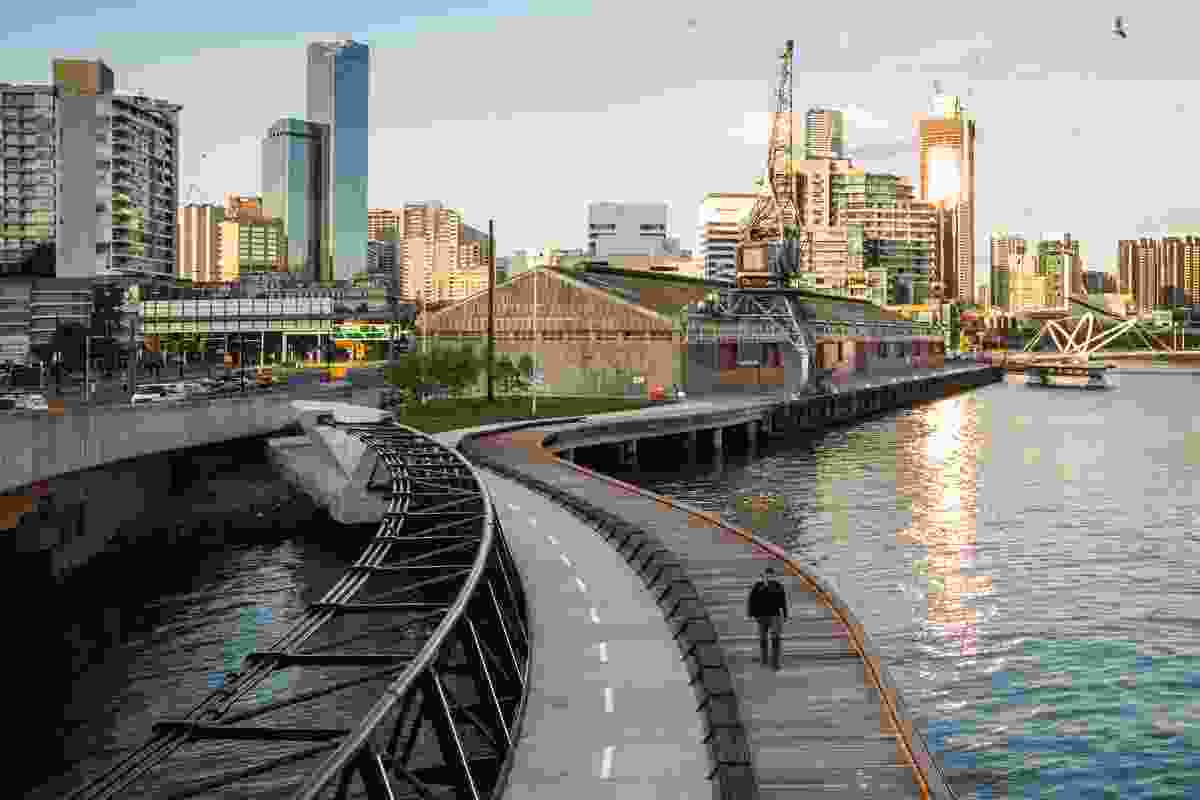 The existing cargo shed on the heritage listed Berth No. 5. The development will link up with the Jim Stynes Bridge (in foreground) designed by Cox Architecture, Oculus and Aurecon.