The next development at the landmark $2 billion renewal of the Carlton United Brewery site in central Sydney, known as Central Park, has been approved. Designed by Foster and Partners with local collaborating architects PTW, the development will consist of two tower blocks connected via a central core.

The 25,755-square-metre development looms over the heritage-listed Australian Hotel (colloquially known as the Abercrombie Hotel), a 1938 Art Deco building designed by Copeman Lemont & Keesing. The pub is one of only five brick hotels in Sydney’s CBD constructed in the Inter-War Functionalist Style.

Local residents believe the development jars with the design of the historic hotel. Sustainability campaigner and environmental lawyer Michael Mobbs told Domain he thought “the design makes the little hotel look like a mere toenail at the end of a tattooed, robotic leg.”

However, Foster and Partners have taken some care to respect the hotel’s design. The towers will be set back six metres from the Abercrombie street edge and will side step the heritage building on a series of columns. The curved facade design of the western mixed-use tower, to be clad in profiled metal panels and tinted glass, responds to the curvature and horizontal expression of the hotel’s design.

Developers of Central Park Fraser Property Group and Sekisui House plan to restore the shell and core of the Australian Hotel, however the internal fit out is yet to be determined.

The towers will be located at a prominent corner at the intersection of Abercrombie Street and Broadway in Chippendale, opposite the UTS Faculty of Engineering and IT (FEIT) building designed by Denton Corker Marshall and the historic St Benedict’s Catholic Church. It also follows the Ateliers Jean Nouvel-designed One Central Park in the renewal of the six-hectare site.

The western tower will be a mixed-use 16-storey building, with a childcare centre and commercial offices. To maximise southern park views, 48 apartments across six levels will occupy the upper section of the western tower. An open void through the centre of the residential levels will be a communal outdoor space with a landscaped bridge and a cascading mirror facade to bounce sunlight into the space. The 18-storey eastern tower will be occupied by a 293-room hotel. 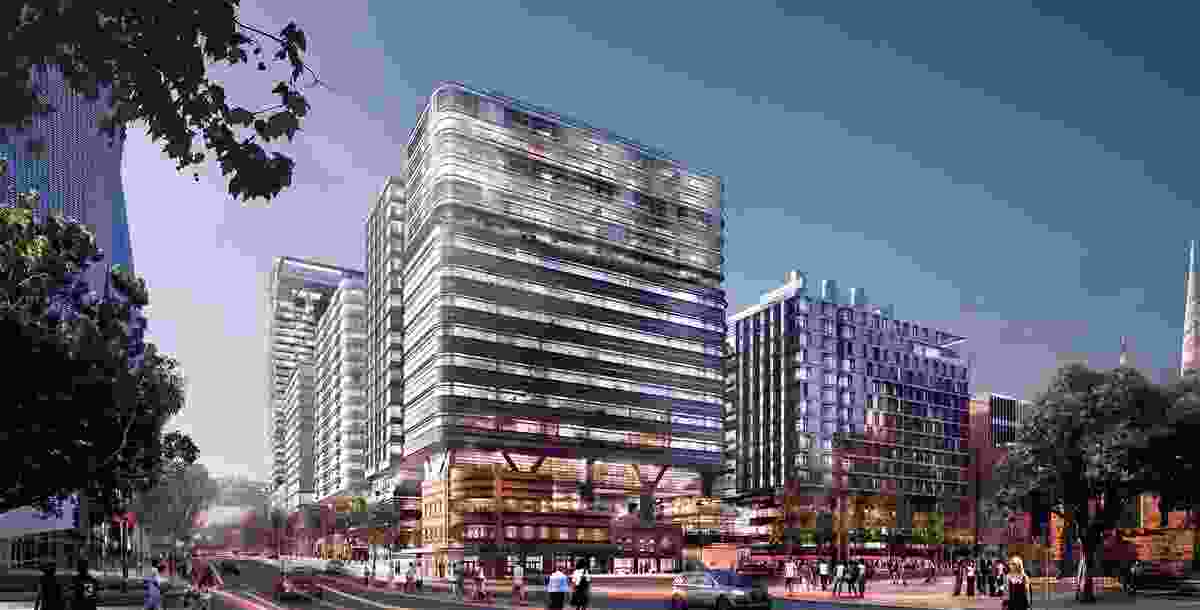 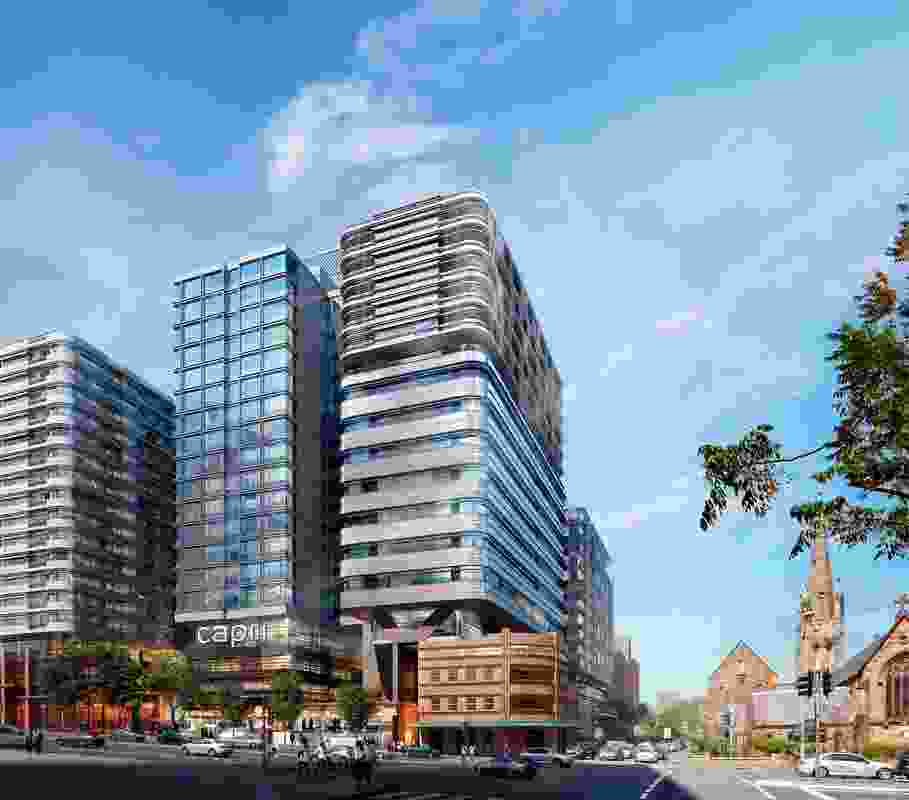 The proposed mix-use development by Foster and Partners looms over the heritage listed Australian Hotel. 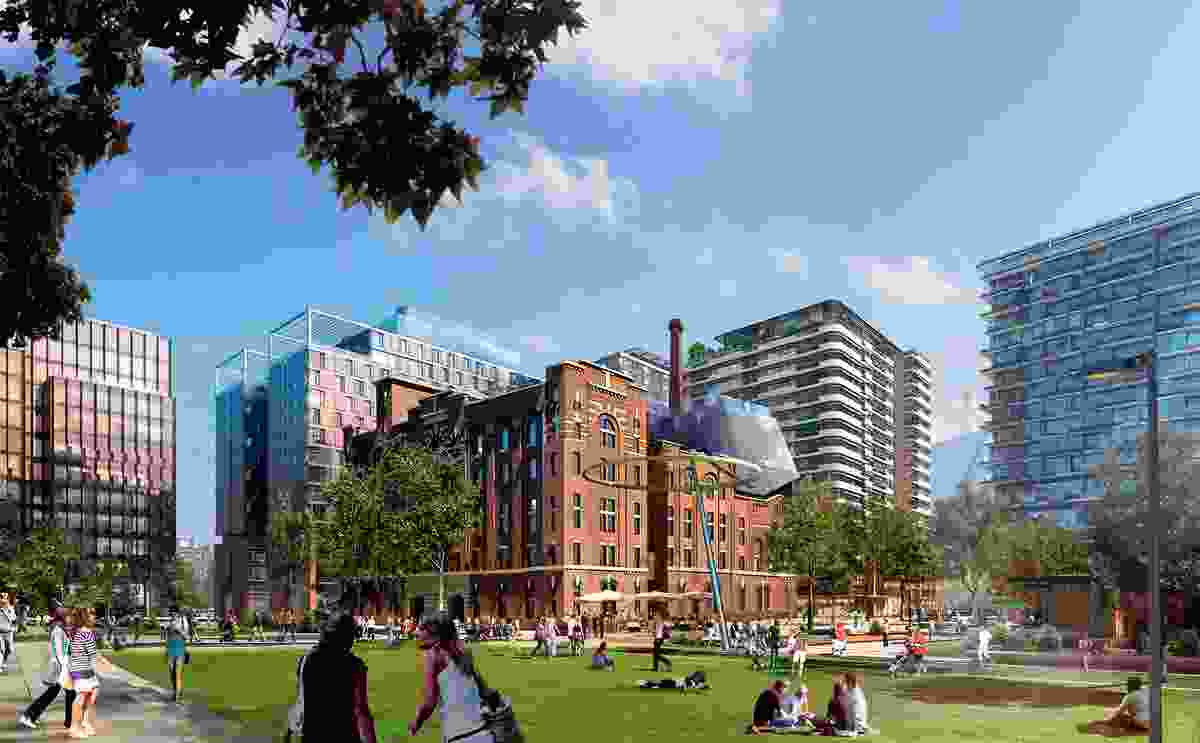 The residential levels of the Foster and Partners-designed development will have view of the brewery yard park in the Central Park. 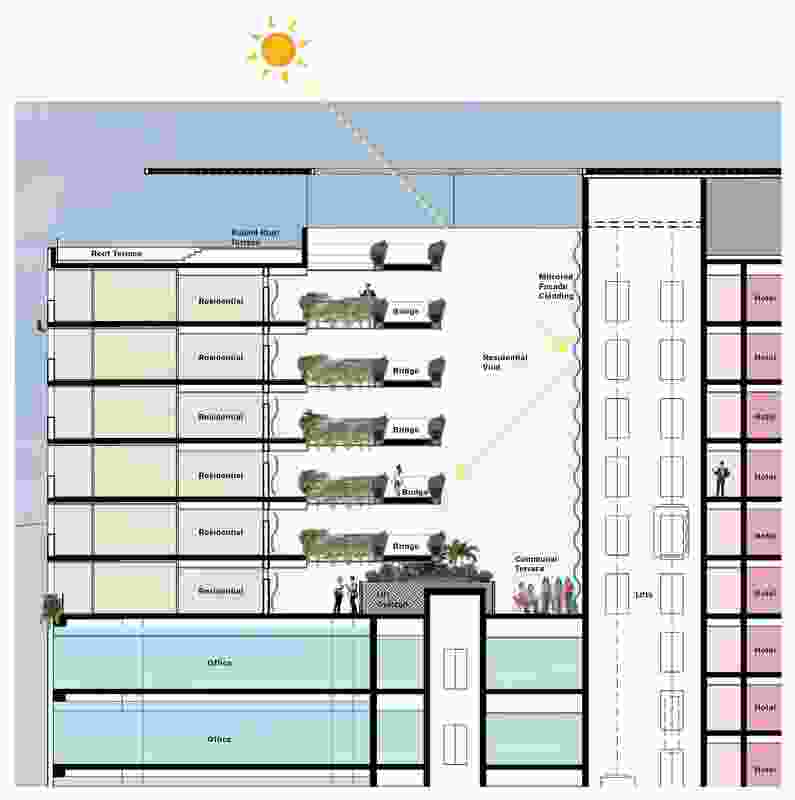 Section of residential levels in the Foster and Partners-designed Central Park development.