The designs that didn’t make the cut in the Powerhouse Parramatta design competition have been revealed for the first time, along with the jury’s comments, as the development application for winning scheme goes on exhibition.

Moreau Kusunoki and Genton won the design competition for the controversial museum with a latticed “hyper-platform” design in December, but the unsuccessful designs were not released at that time.

The Australian Institute of Architects and competition organizer Malcolm Reading both criticized this move, noting it was customary to release all designs at the same time to ensure proper transparency.

Here are the designs that weren’t to be:

The architects focused on putting public spaces first in this proposal — “making the river bank a place of convening and letting the city flow below the buildings and up into the museum.”

The jury praised the response to the landscape and the “exceptional connectivity to the water” but raised concerns about the layout, the prominence of the façade and the building’s environmental strategy.“The scheme focused heavily on the central space, which meant the outer perimeter was unsatisfactory in its resolution; it projected huge expanses of blank façade to the city side approaches,” the jury said.

This proposal aimed to anchor the precinct with a building that is “fine-grained, approachable and porous.” The jury described the design as “elegant and simple” and praised the team’s application of Brazilian-influenced approaches to landscape while noting some scepticism about their applicability given Parramatta’s climate. “The jury recognized the façade concept was a strong, distinctive element of the overall scheme, but there were concerns that it might be experienced as homogenous and, indeed, relentless,” the comments note.

The only all-Australian team presented a scheme for a museum that would become “the central focal point to the whole Parramatta riverfront,” in which “quiet structures of immense scale appear to lean toward each other playfully.” The jury found the breaking down of the program across three buildings was an “interesting, if risky, proposition” that could cause problems with circulation; it also found that the landscape design was not well resolved. “Overall, there was a lack of green space, planting and shading, and an over-reliance on water elements to provide environmental protection.”

The architects of this scheme envisioned “an anthropological vessel ‘touching the earth lightly’” – a homage to Mandjabu fish traps. The design is the only one that would have retained both heritage listed buildings Willow Grove and St George’s Terrace. The jury praised the “courage and ambition” of the team’s design and said the key objectives of maximizing public space, aiming to achieve net zero emissions, and concentrating the museum functions were considered to be excellent starting points for the design. The jury ultimately found, however, that the scale of the building was not appropriate for the site, and that the juxtaposition between museum and heritage buildings would be “jarring.”

Following speculation that the Parramatta Powerhouse project wouldn’t proceed in the current economic climate, the NSW government committed to push on with it in late May.

The full jury comments are now viewable on the Museum of Applied Arts and Sciences website. 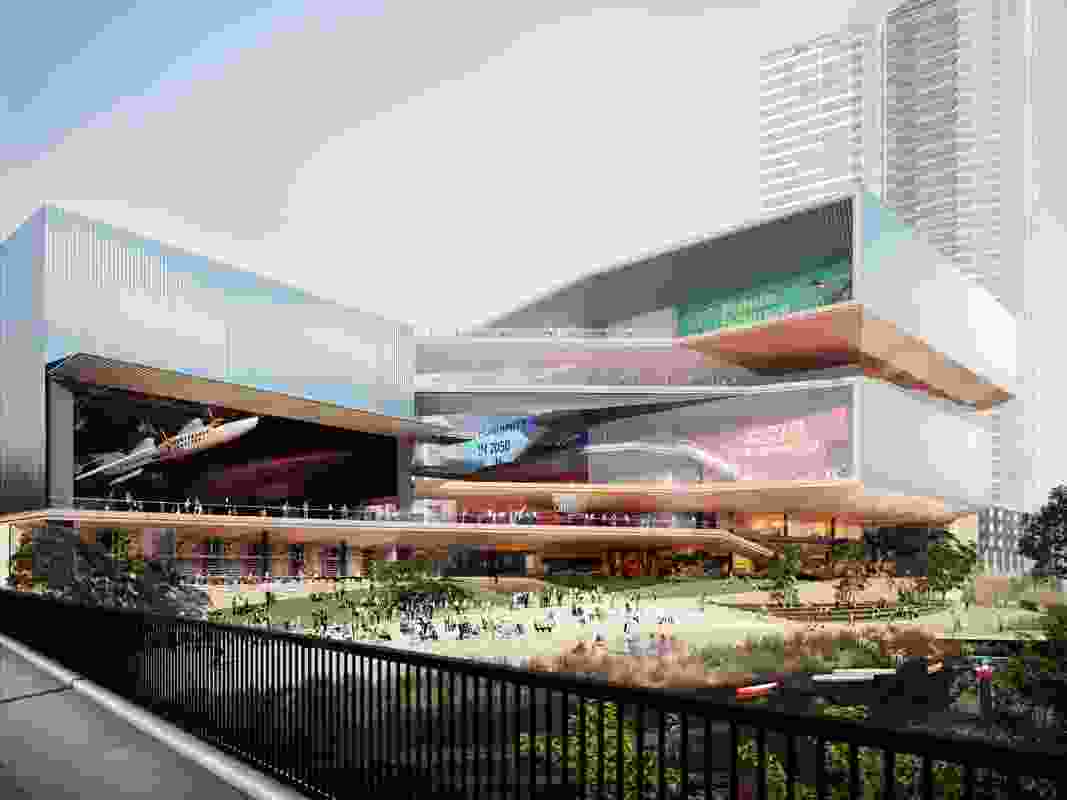 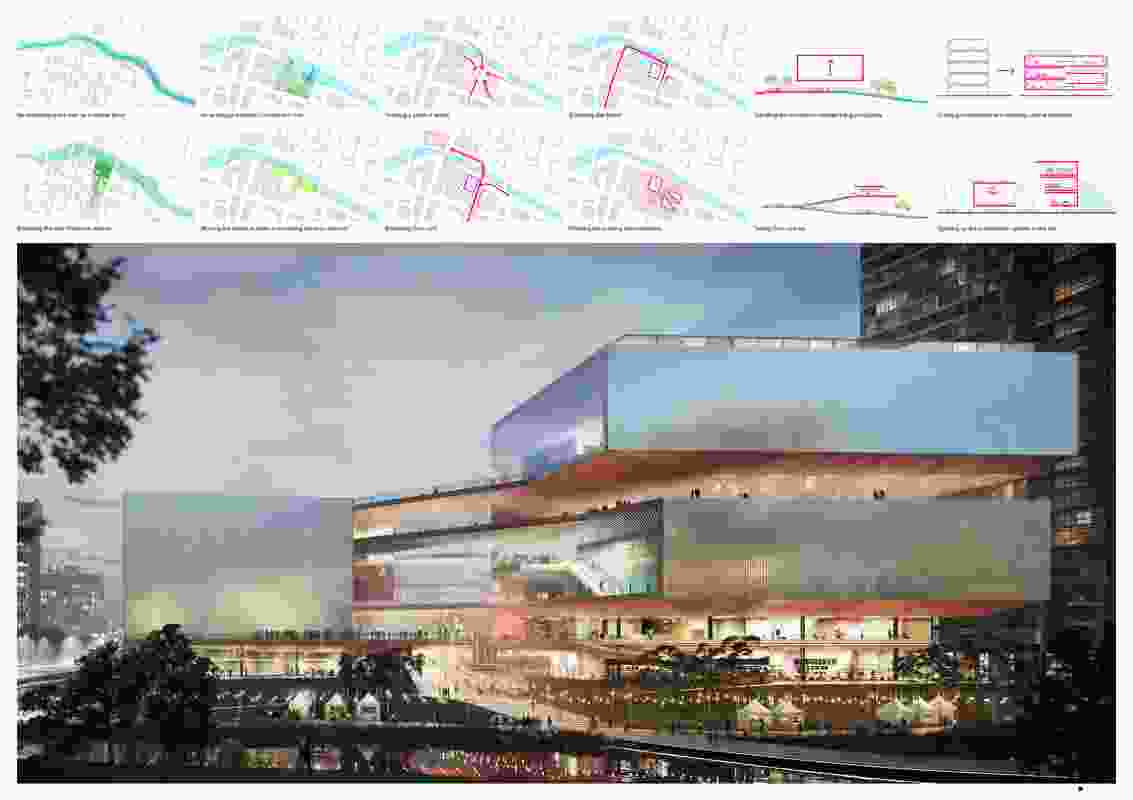 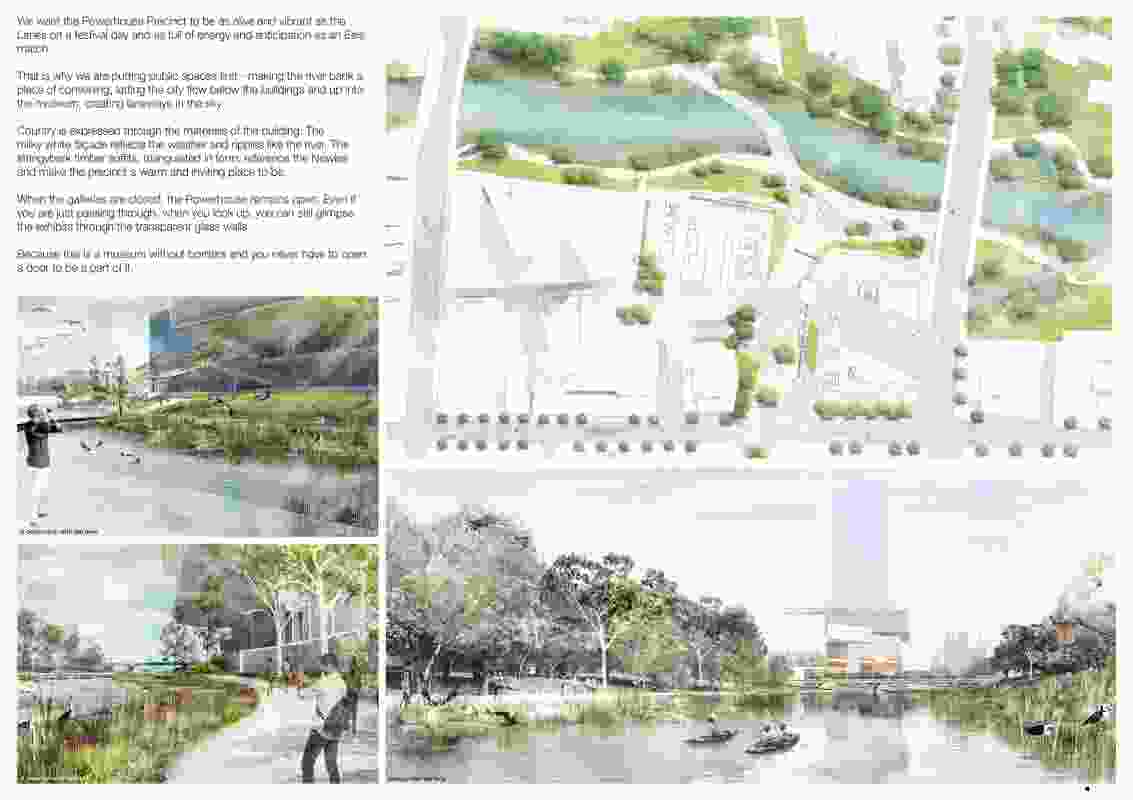 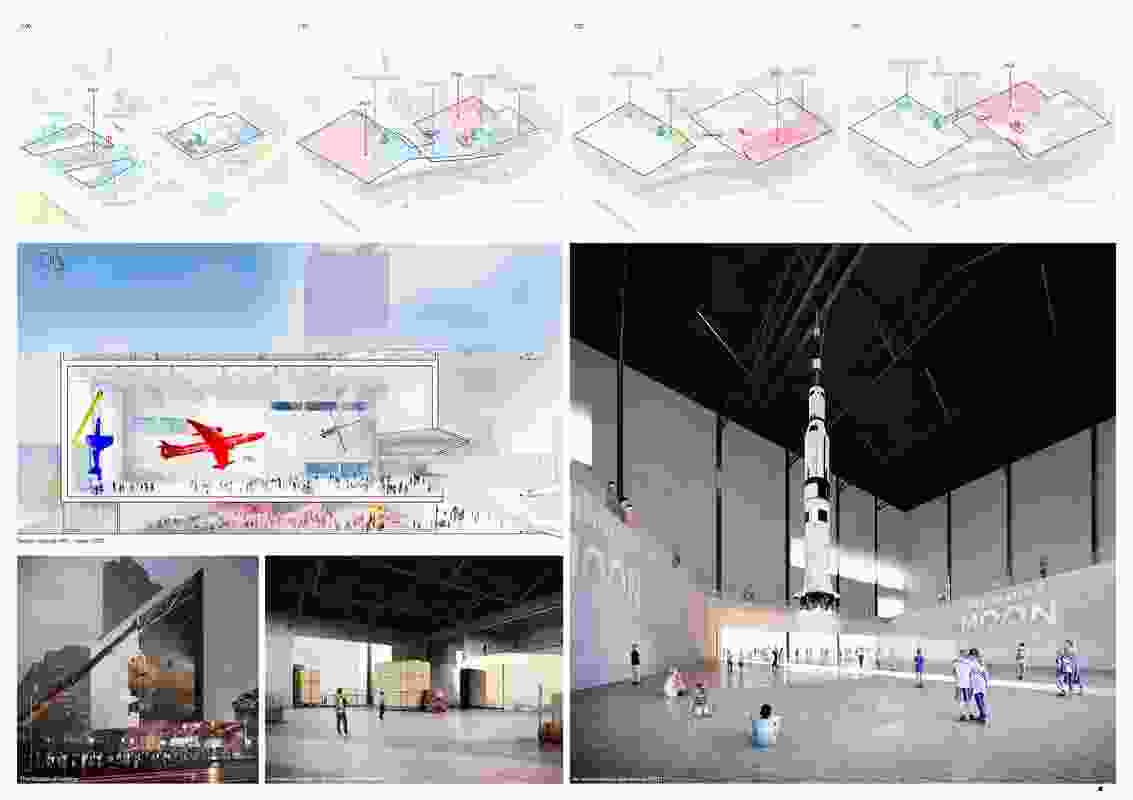 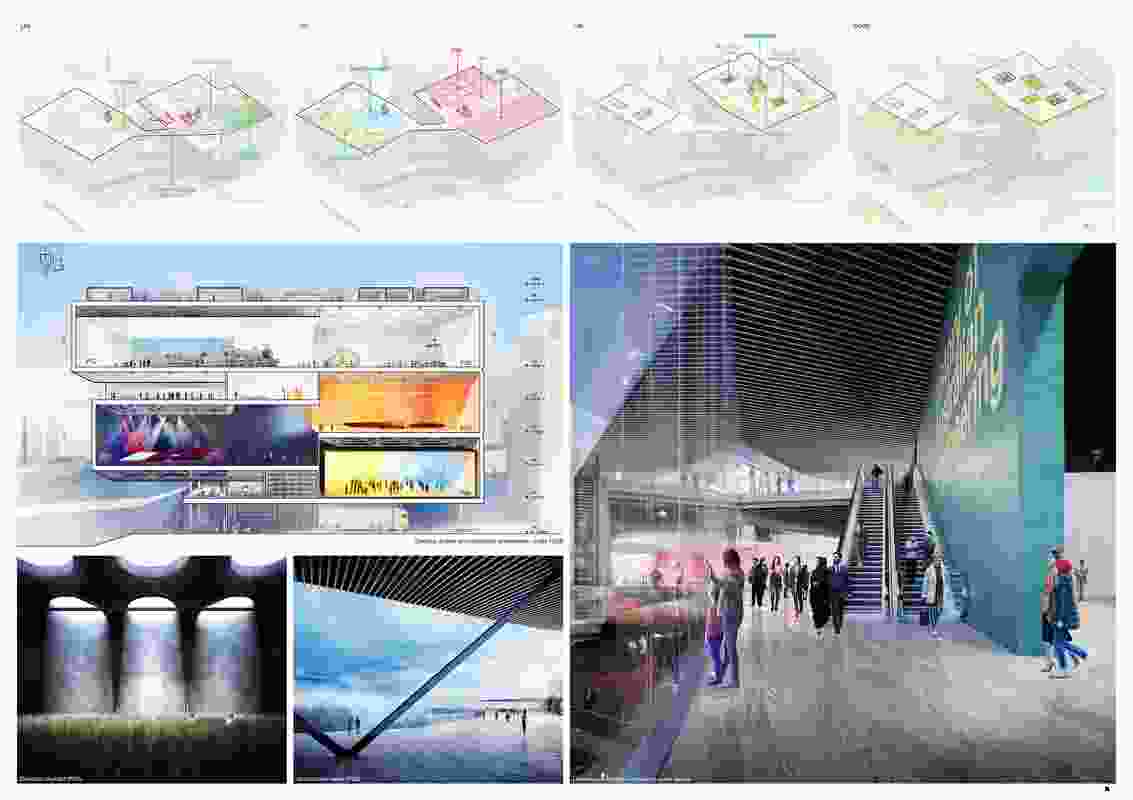 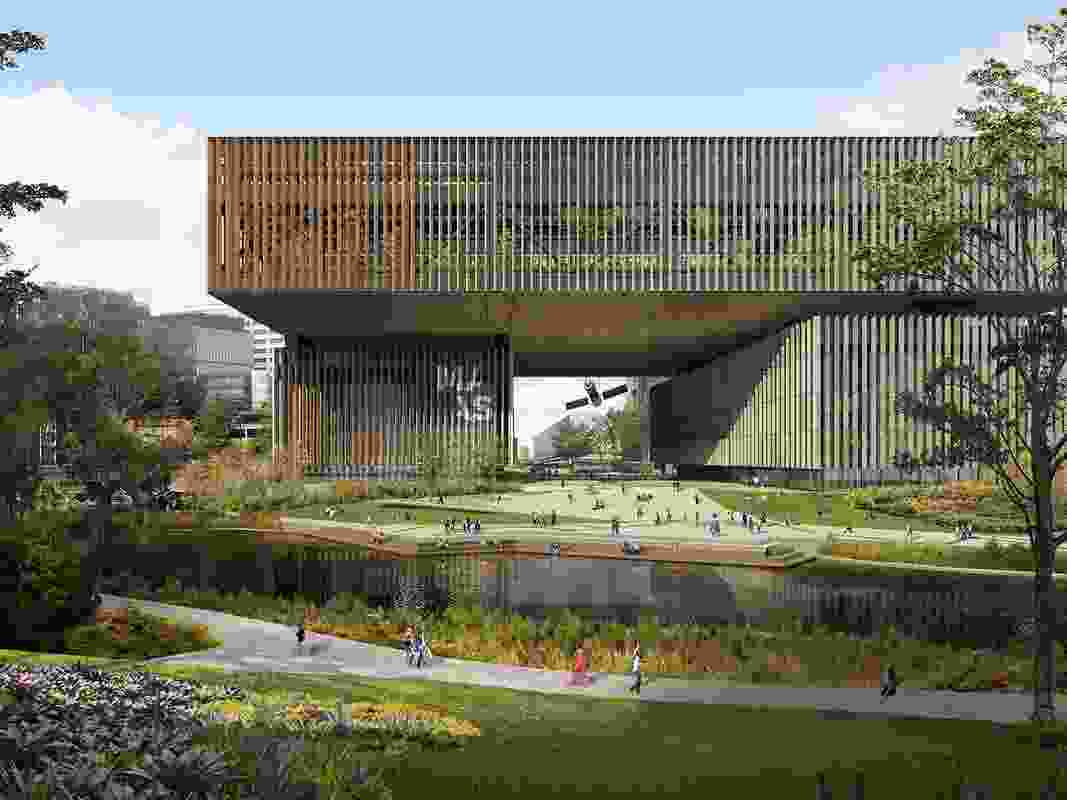 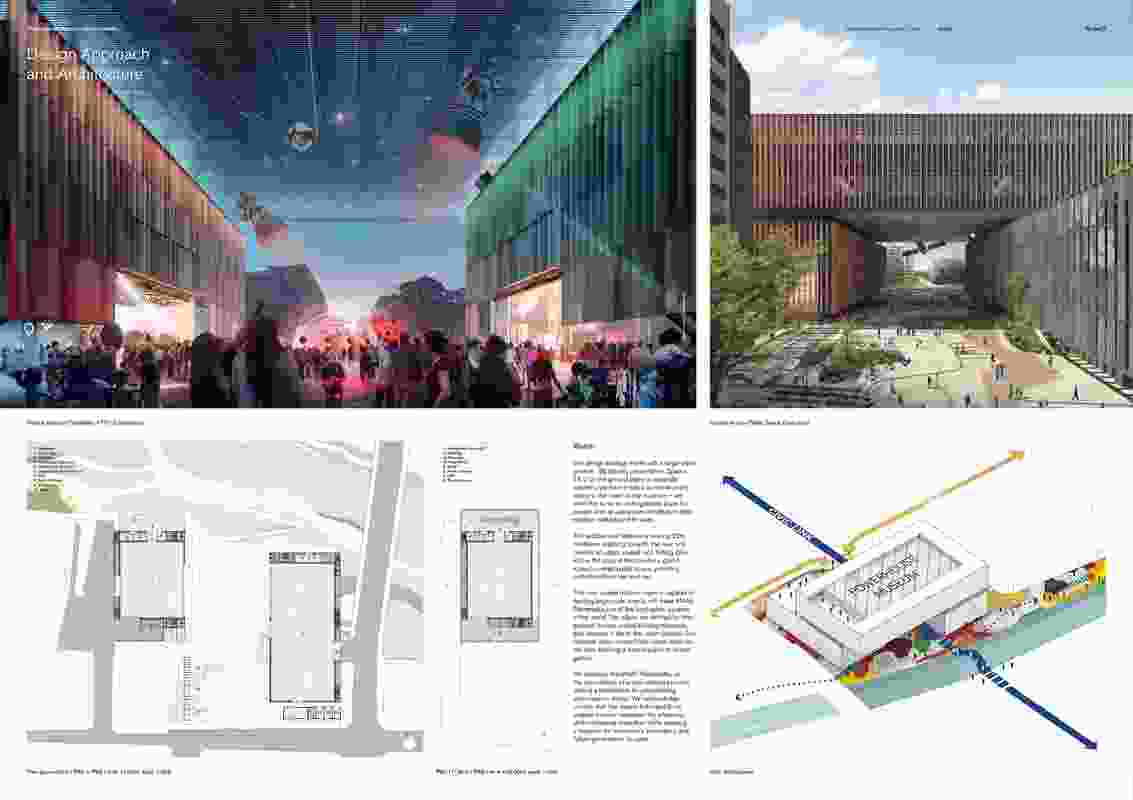 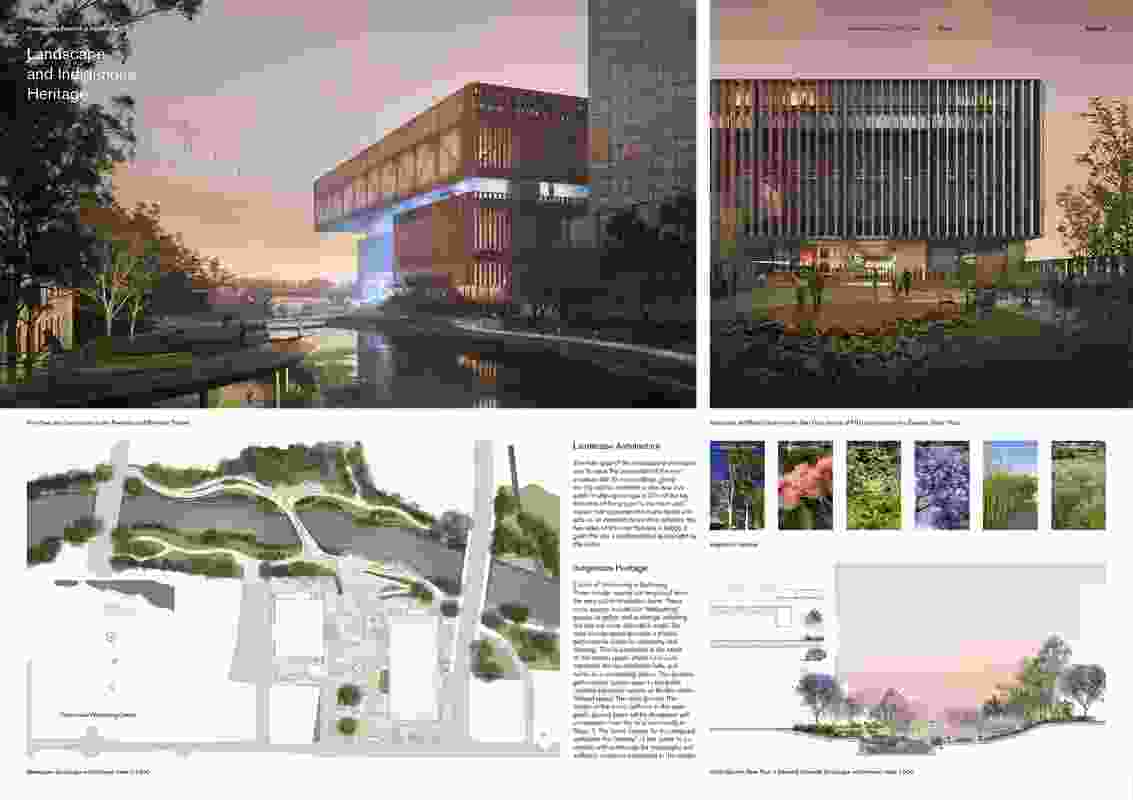 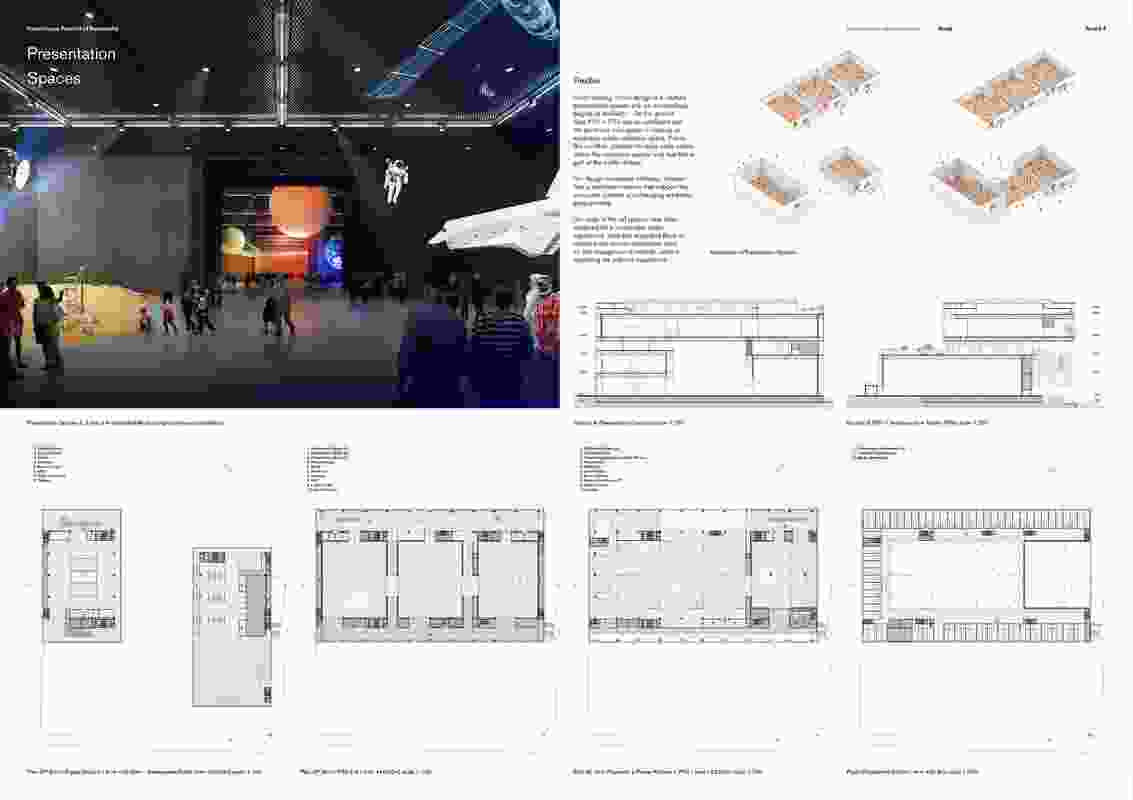 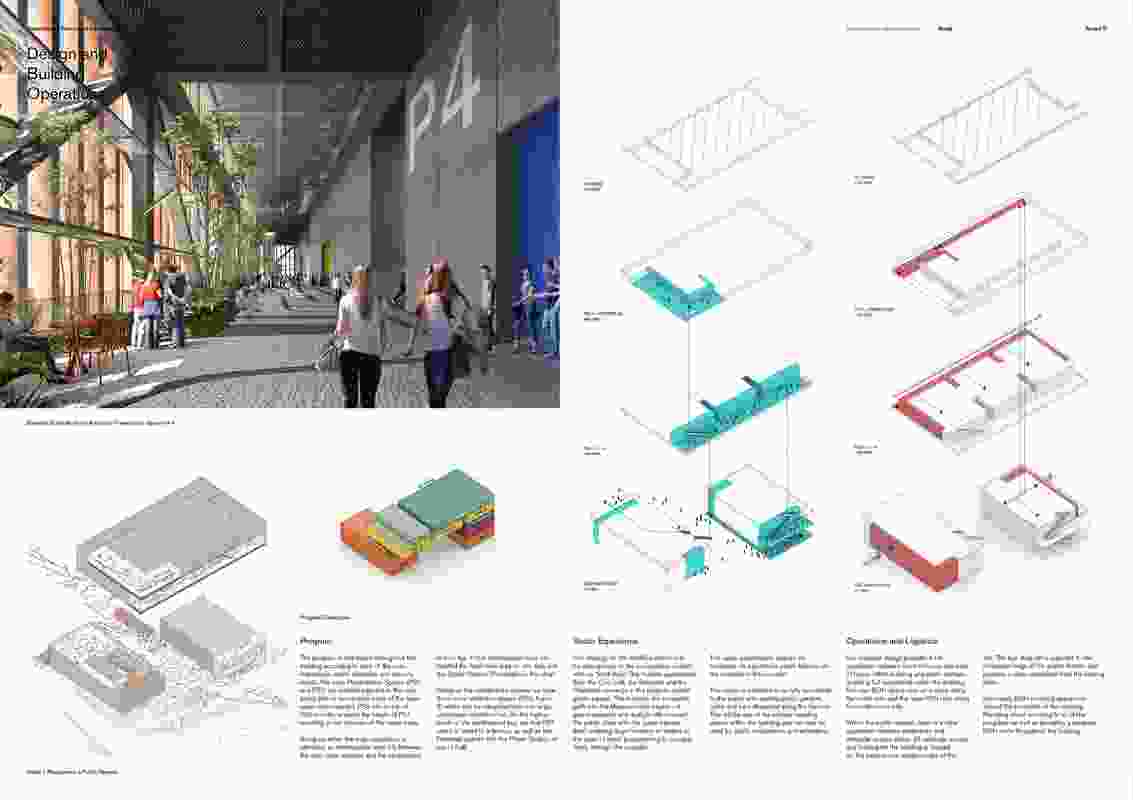 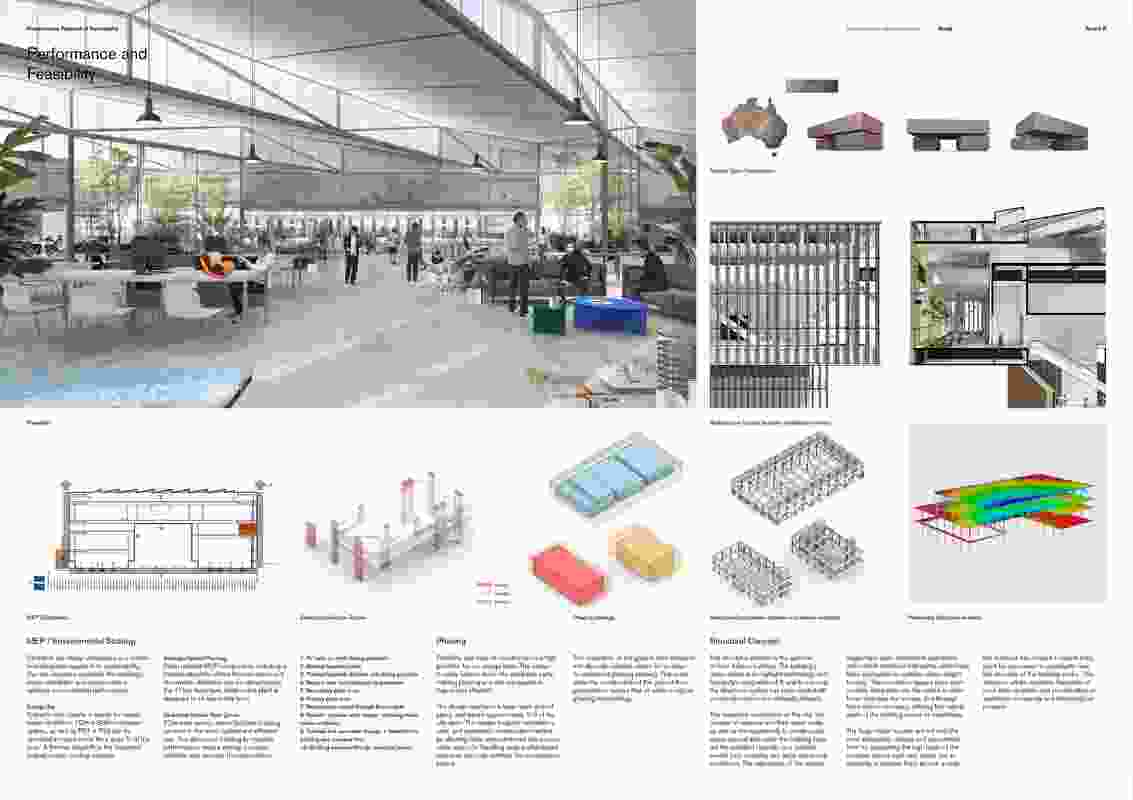 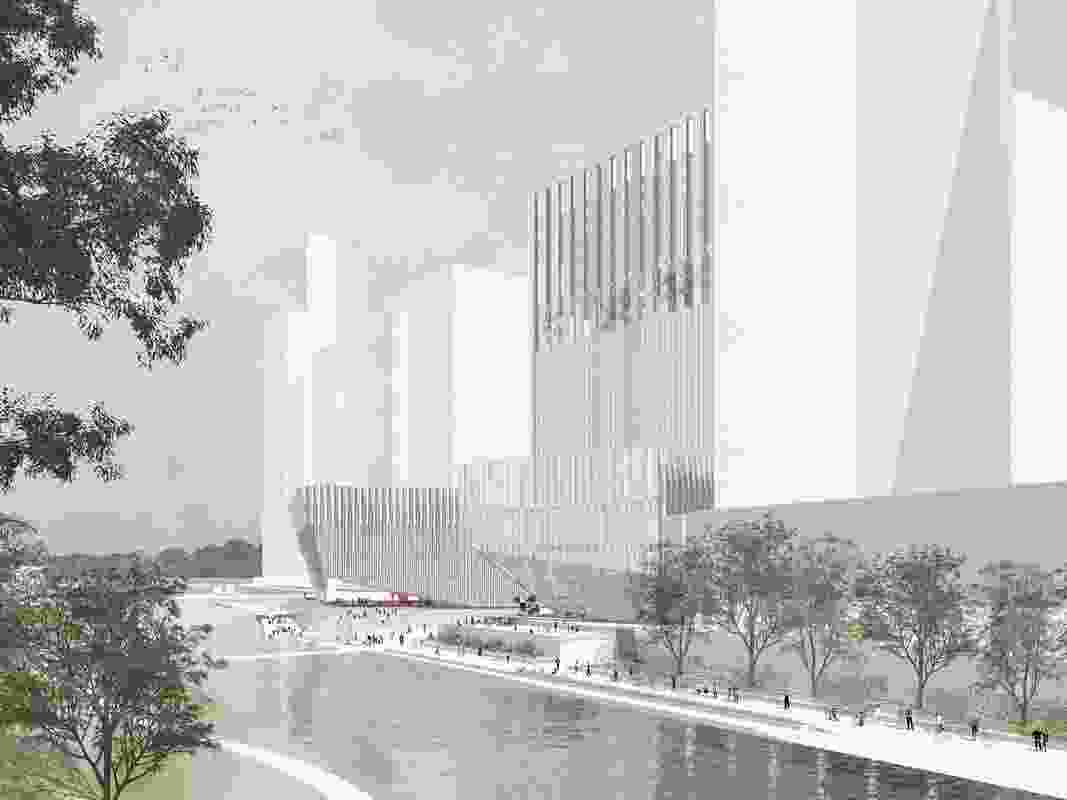 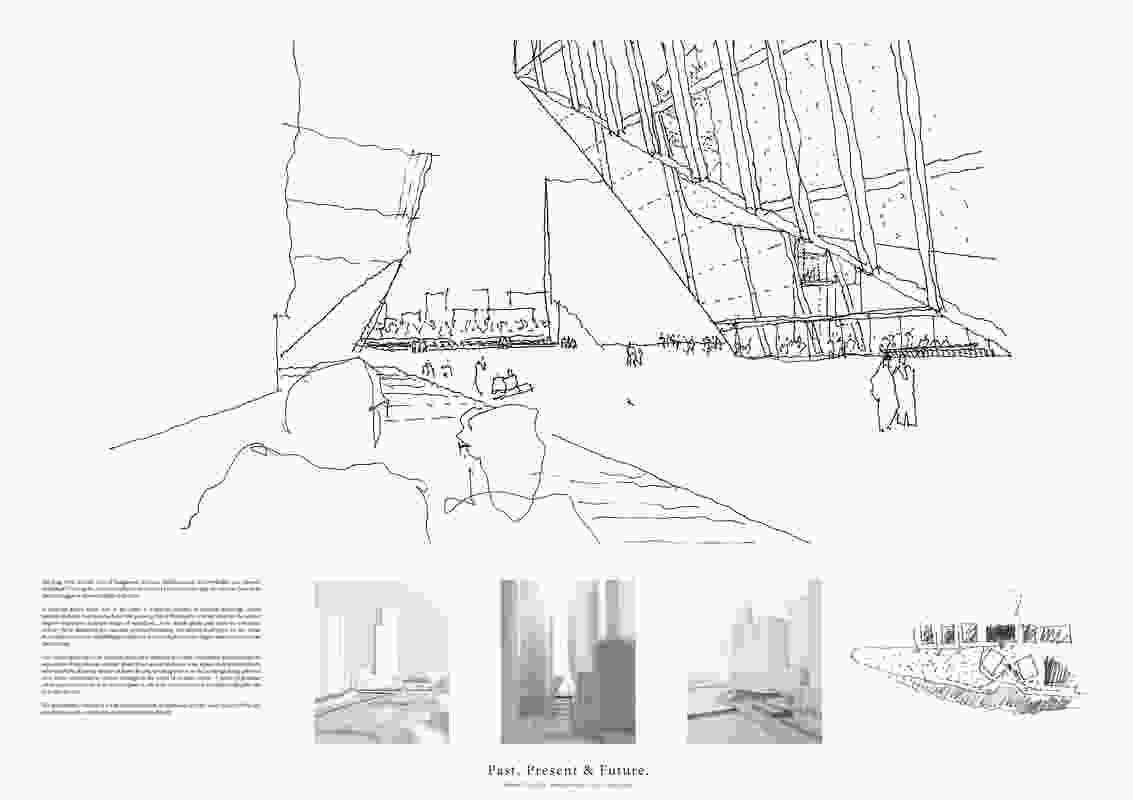 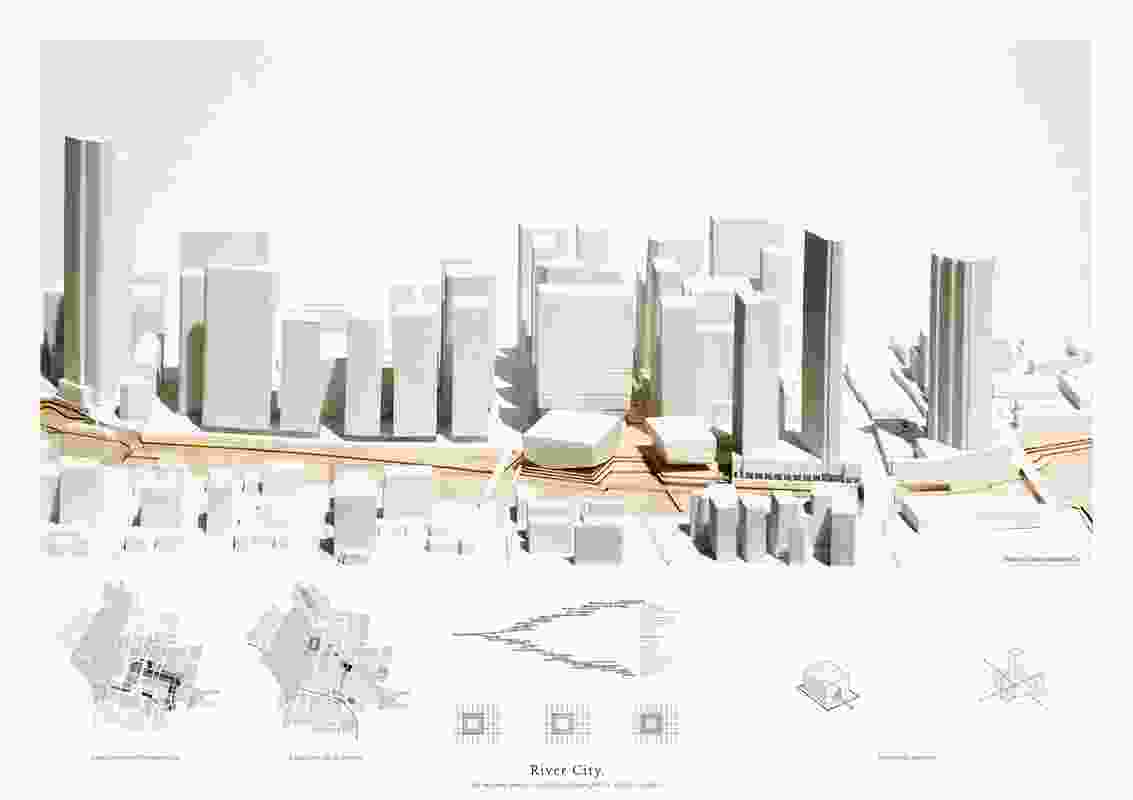 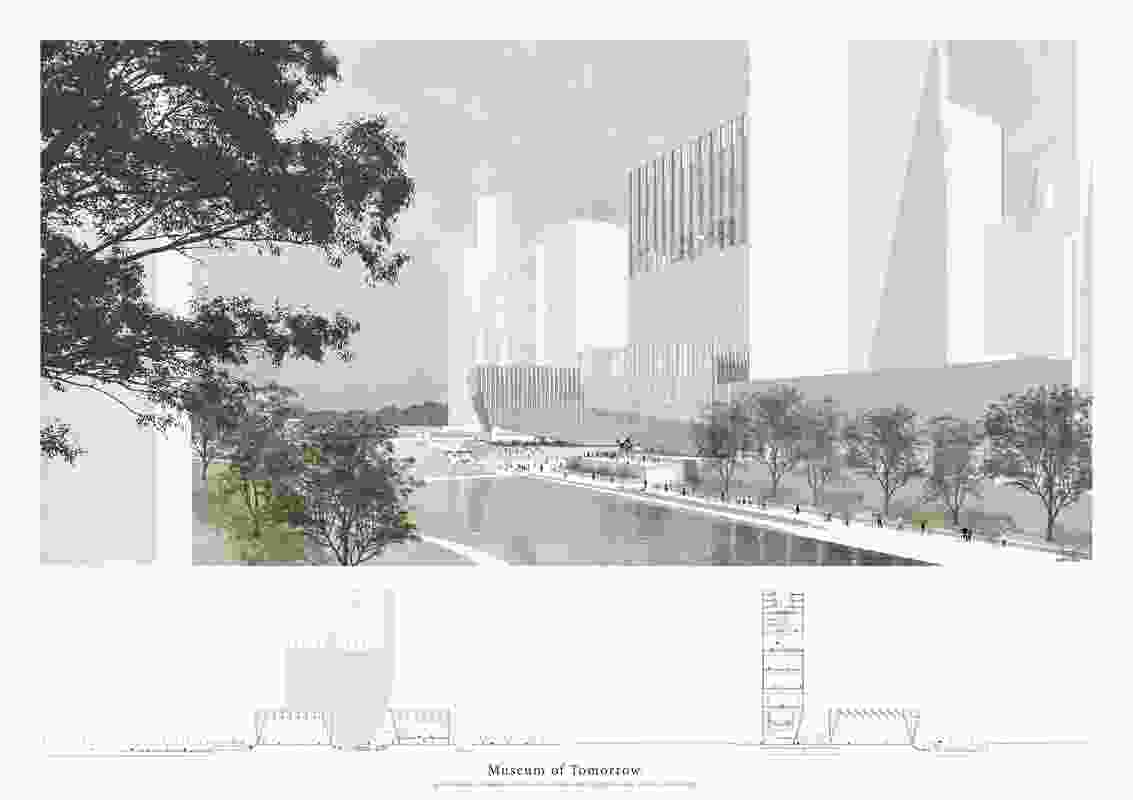 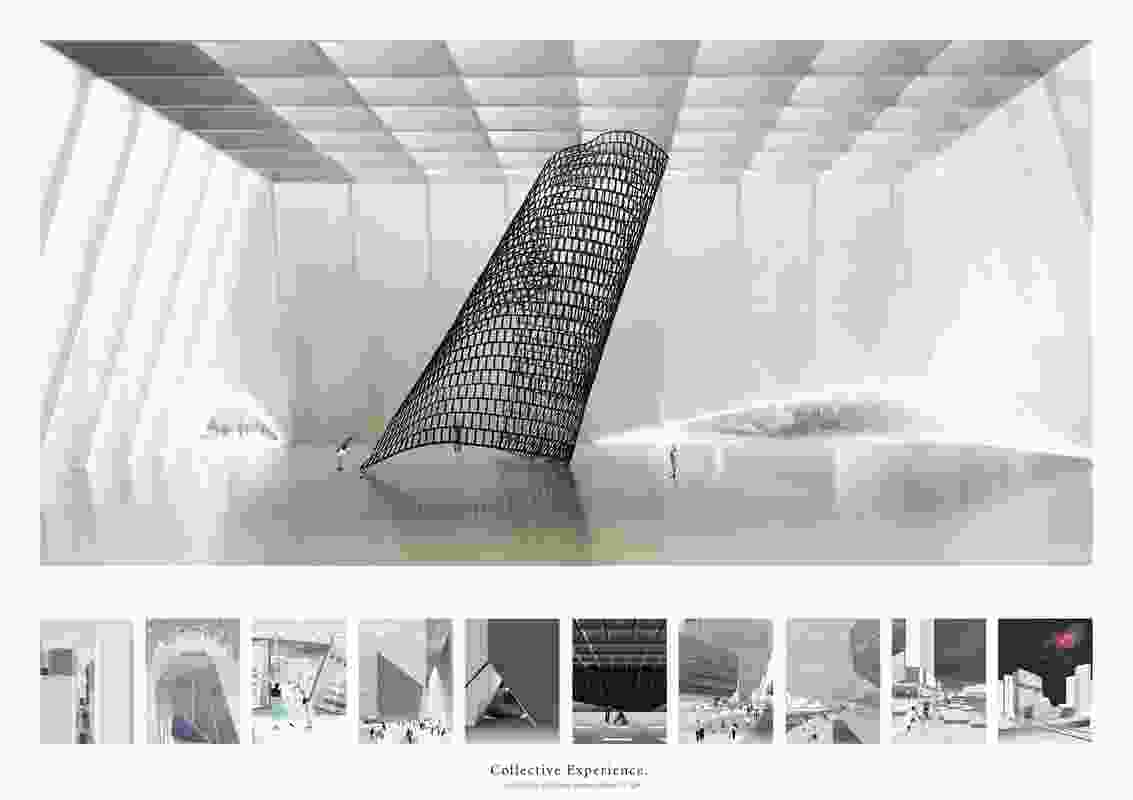 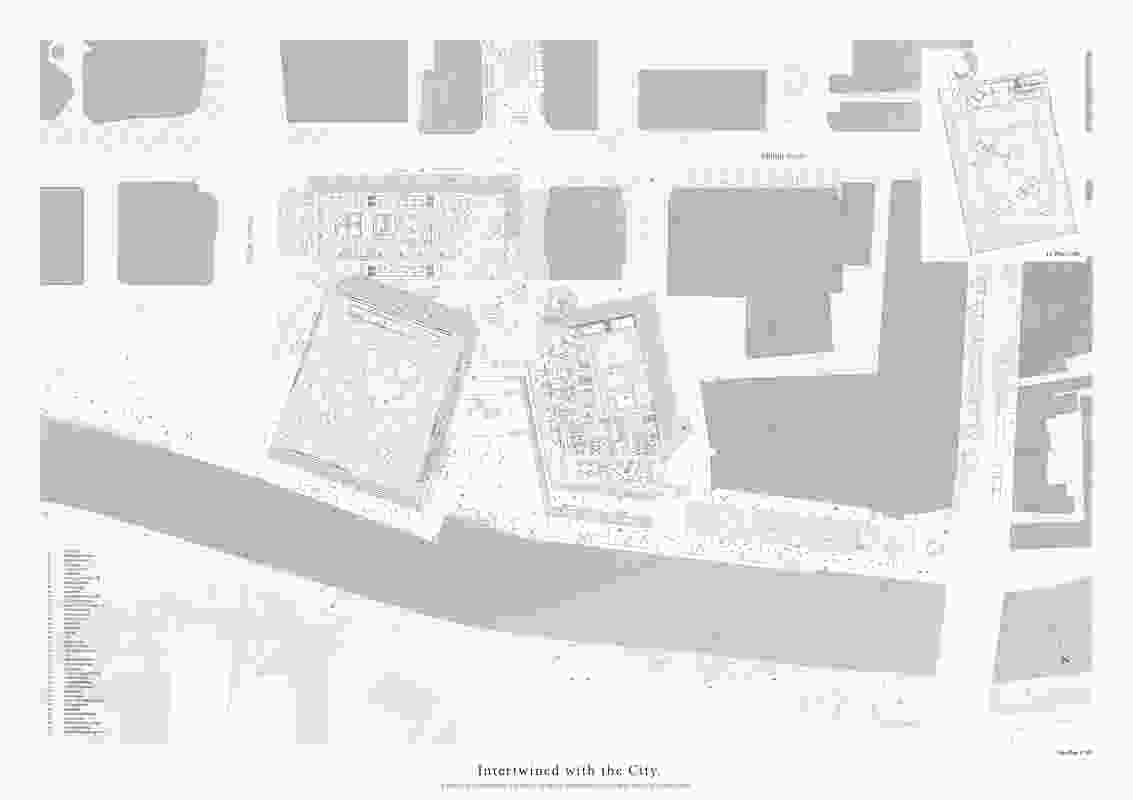 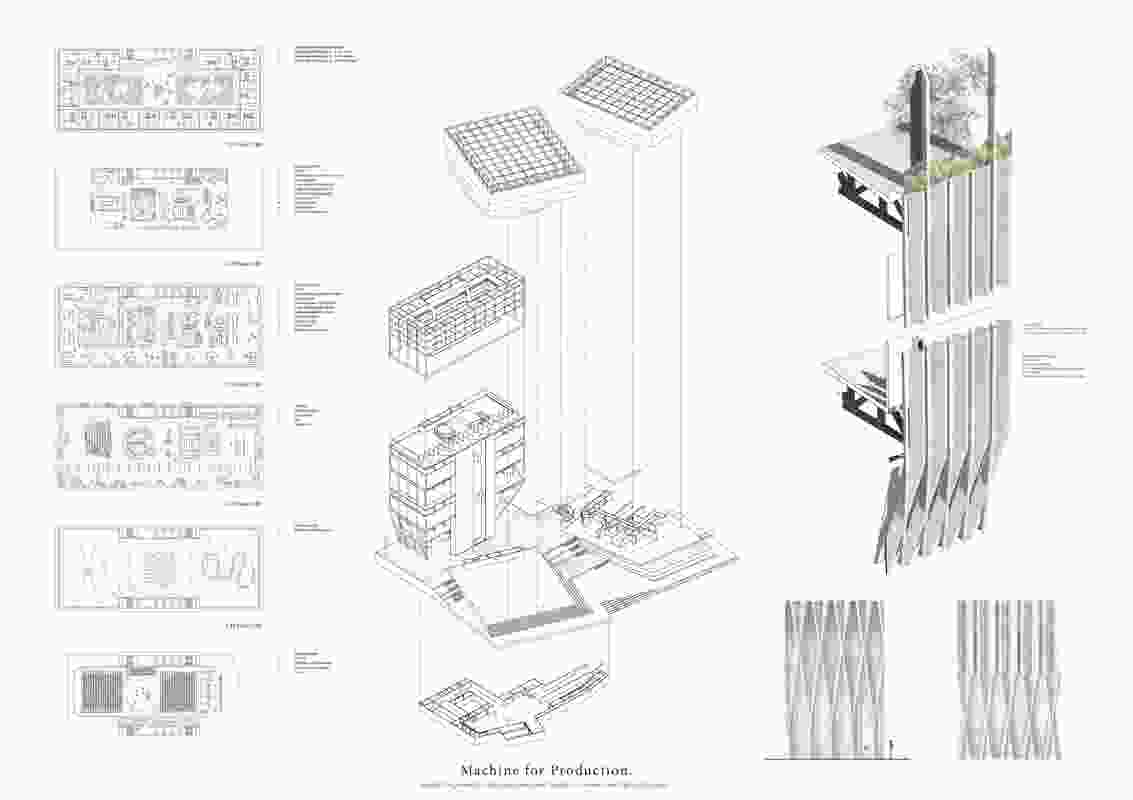 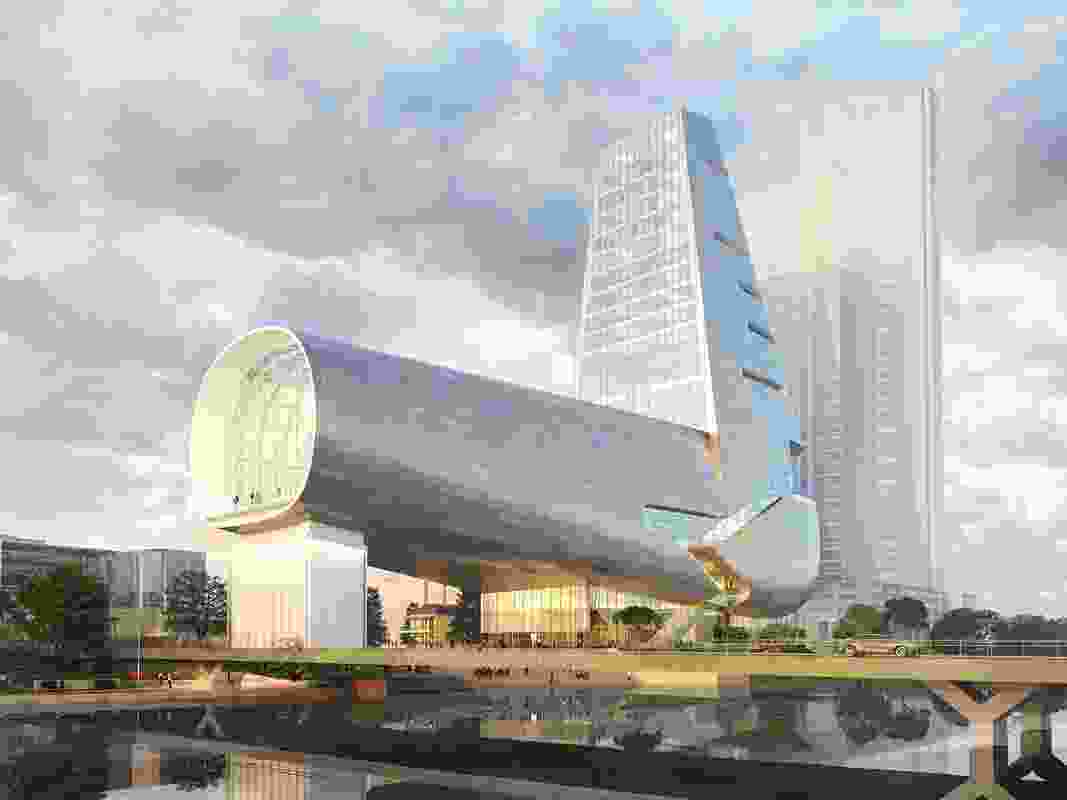 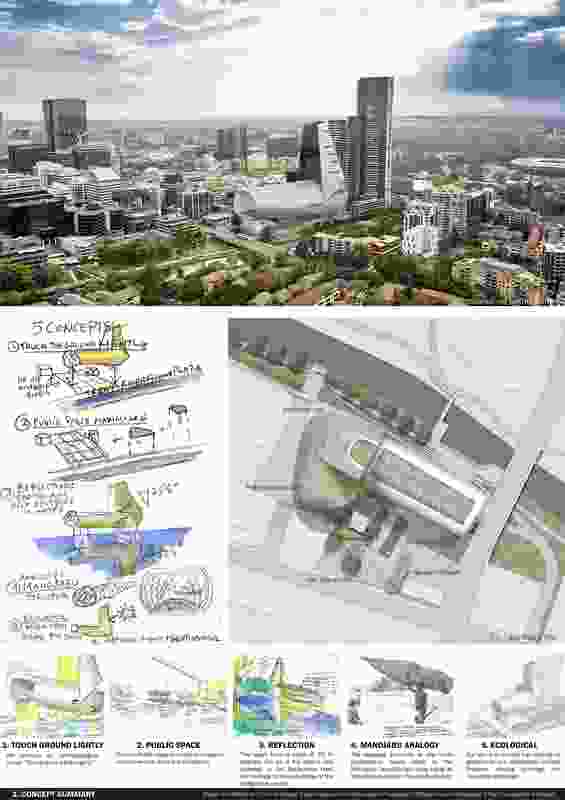 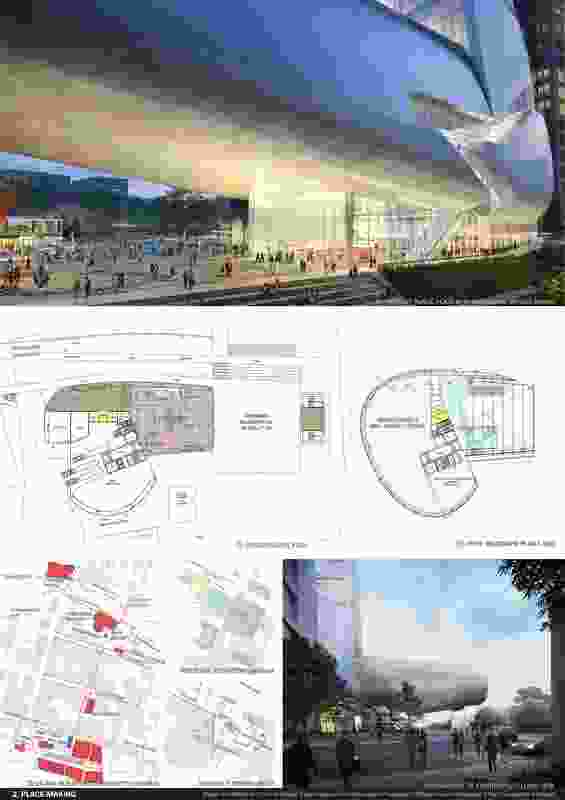 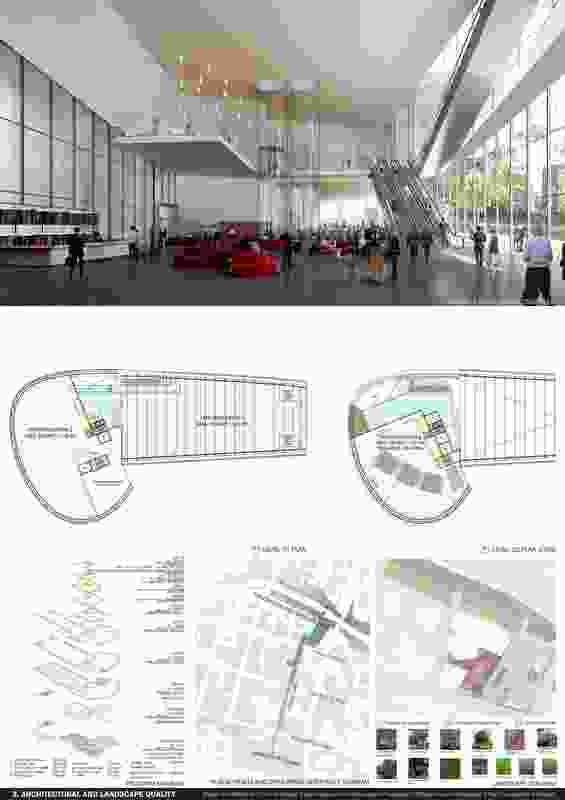 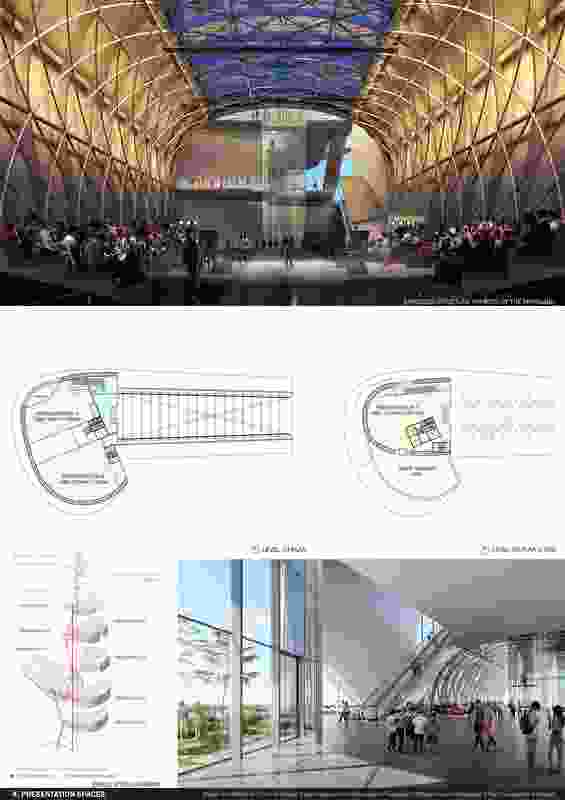 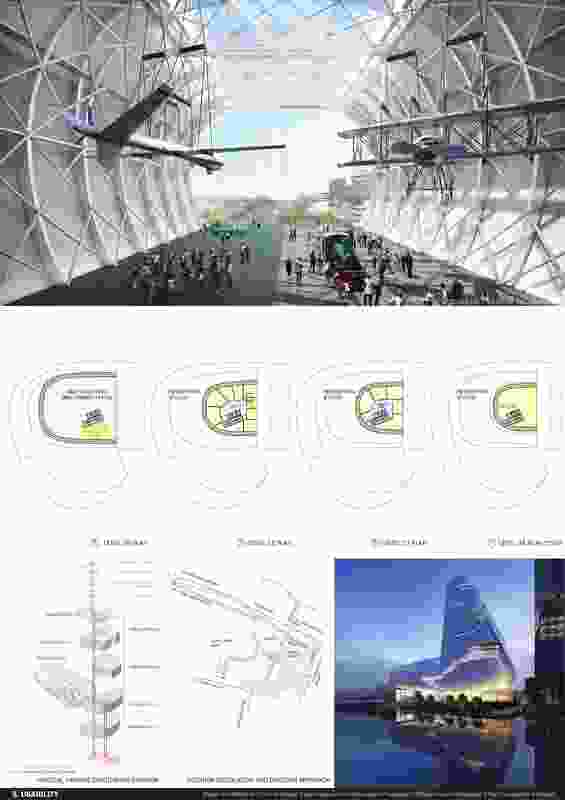 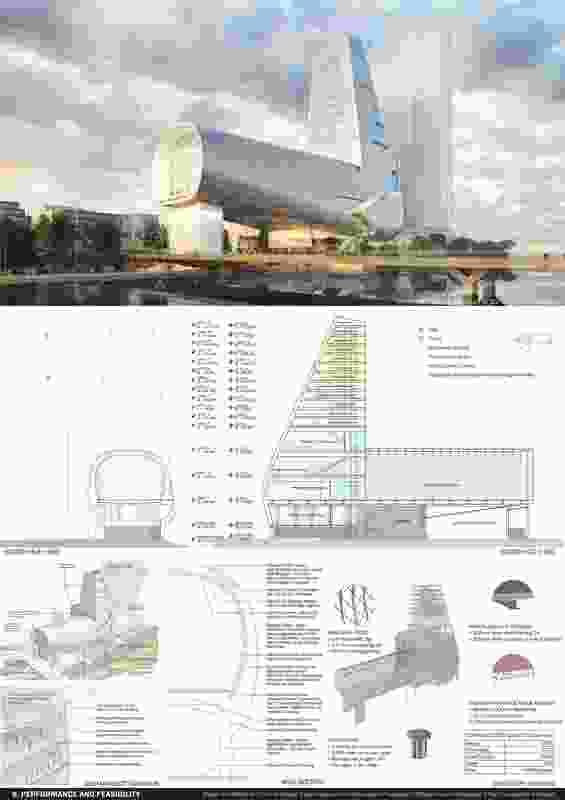