The Sydney Cricket Ground and Melbourne Cricket Ground, two of the oldest stadiums in Australia, are celebrated in the collection.

The MCG has had a number of architecturally significant grandstands in its 165-year history, including the Members Pavilion by Stephenson and Meldrum (1927), which has now been demolished, as well as the Great Southern Stand designed by Daryl Jackson in association with Tompkins Shaw and Evans, built in 1992. The Great Southern Stand received the 1992 Victorian Architecture Medal and the Sir Zelman Cowan Award for Public Architecture in 1993.

The Members Pavilion and three other stands were replaced by the Northern Stand, designed by the MCG5 Sports Architects consortium, which comprised Jackson Architects, Cox Architecture, Tompkins Shaw and Evans Architects, HOK and Hassell. It was completed in 2006 for the Commonwealth Games in Melbourne and received a National Commendation for Public Architecture at the 2008 National Architecture Awards.

The SCG also has two heritage-listed grandstands – the Members and Ladies stands. In 2011, the SCG Trust began a redevelopment project for the replacement of the Nobel, Bradman and Messenger stands. The new grandstand, designed by Cox Architecture in association with Robertson and Marks, was completed in 2014.

Cox Architecture also designed AAMI Park in Melbourne – another stadium included in the stamp series. It is distinctive for its iconic bioframe shell roof structure. The project received a National Award for Public Architecture in 2011 and was named the world’s most iconic and culturally significant stadium at the World Stadium Congress in 2012.

Optus Stadium in Perth, designed by Hassell, Cox Architecture and HKS Sport is the newest stadium to be featured in the stamp collection. Completed in 2018, the stadium has been recognized with a National Award for Public Architecture and the Colorbond Award for Steel Architecture and was named Project of the Year at the Stadium Business Awards in 2018.

The limited-edition stamps are designed by Andrew Hogg Design and will be withdrawn from issue on 31 December 2019. 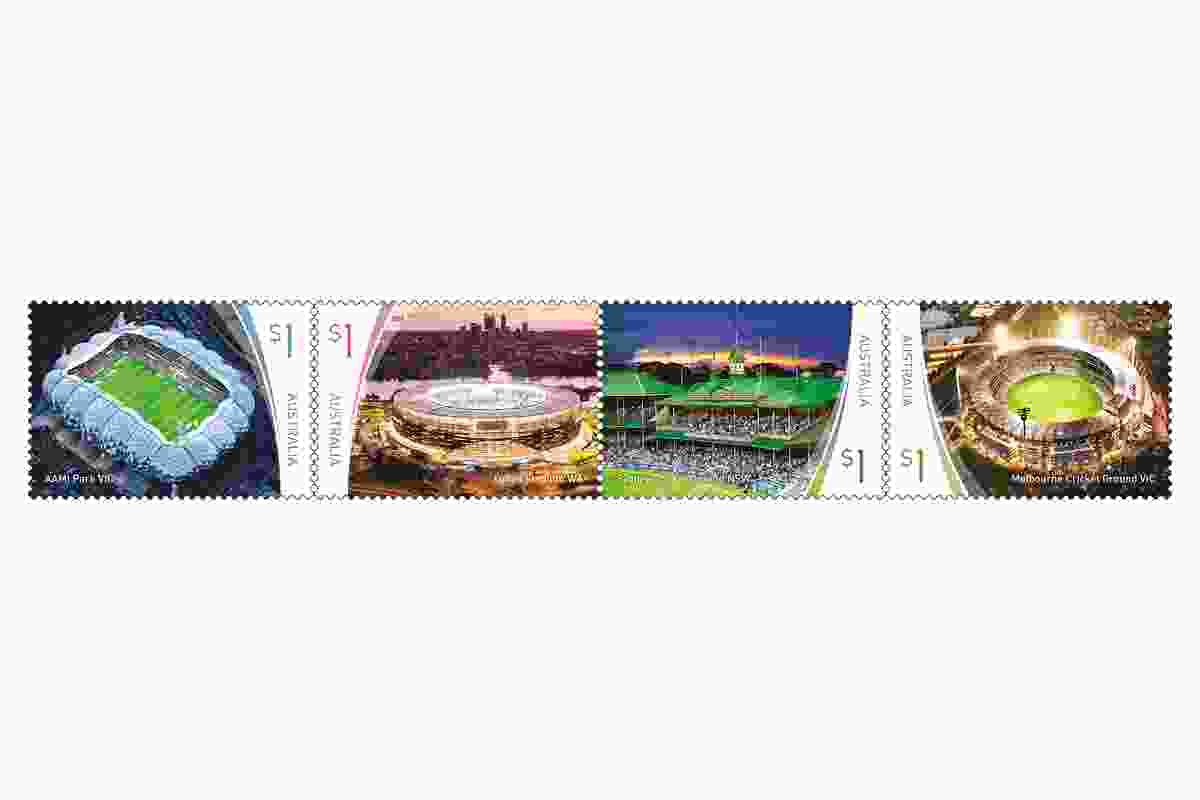