Contreras Earl Architecture has updated its design for four “sculptural” towers for Mermaid Waters on the Gold Coast as part of a proposed $1.3 billion masterplanned precinct, after earlier plans for four stand-alone commercial towers were scrapped.

The developer behind the project, Sunland Group, has lodged a revised development application for the residential towers with the Gold Coast City Council, and is hoping to launch the project in 2020.

The revised development application reconfigures the ground floor levels within two of the four towers to deliver 12 additional apartments.

Sunland has previously failed to win development approval for similar residential projects designed by Zaha Hadid Architects in Brisbane and at Southport Spit on the Gold Coast. The Sydney-based practice Contreras Earl Architecture is headed by Monica Earl and Rafael Contreras Morales; the latter was the lead designer and project architect at Zaha Hadid Architects for those projects as well as the proposed Mayfair tower in Melbourne. He left the practice in 2016.

A design statement from Contreras Earl Architecture describes how the towers will relate to the site.

“The fluid movement of the architectural language responds to the proximity to the lake and the organic aesthetic mimics plant growth – specifically plants growing from the fertile alluvial soil you can find next to a lake or dam,” the statement reads.

“The sculptural expression achieved on the lower levels of the facade creates a natural connection between the private residential zone and the public lakeside recreational area and contributes to the activation of the lakefront making it a vibrant place for both residents and visitors.”

The four towers at Mermaid Waters, dubbed the Lanes Residences, will sit at the heart of a proposed retail village, designed by Blight Rayner. Covering 42-hectares of a former dairy farm, the Lanes village will deliver 17,000 square metres of retail space, a boulevard, and an outdoor amphitheatre, in addition to the four residential towers.

Sunland Group managing director Sahba Abedian said, “The two 10-storey buildings at the centre of the design feature ground-level retail and commercial spaces that will link to the future retail village at the Lanes, while the two 12-storey buildings will accommodate extensive resident amenities. Each building will capture lakefront, city skyline, and hinterland views.”

Across the four towers there will be a total of 310 apartments, including a mix of one, two, and three-bedroom designs.

Construction is for the towers is expected to take place concurrently with the construction of the Lanes retail village. 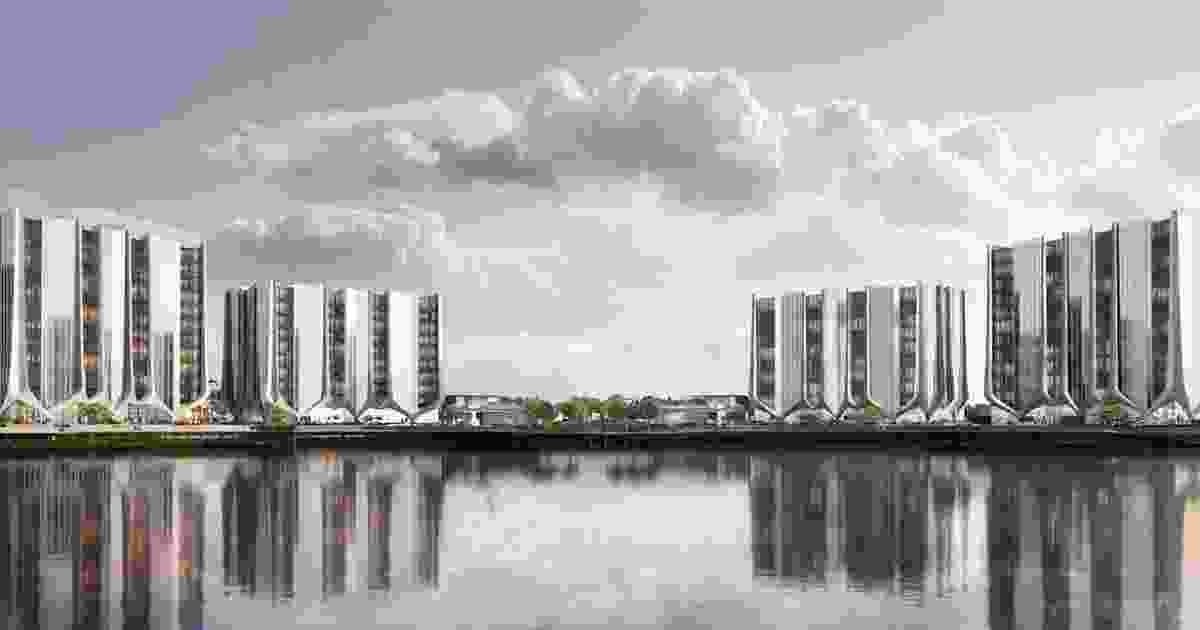 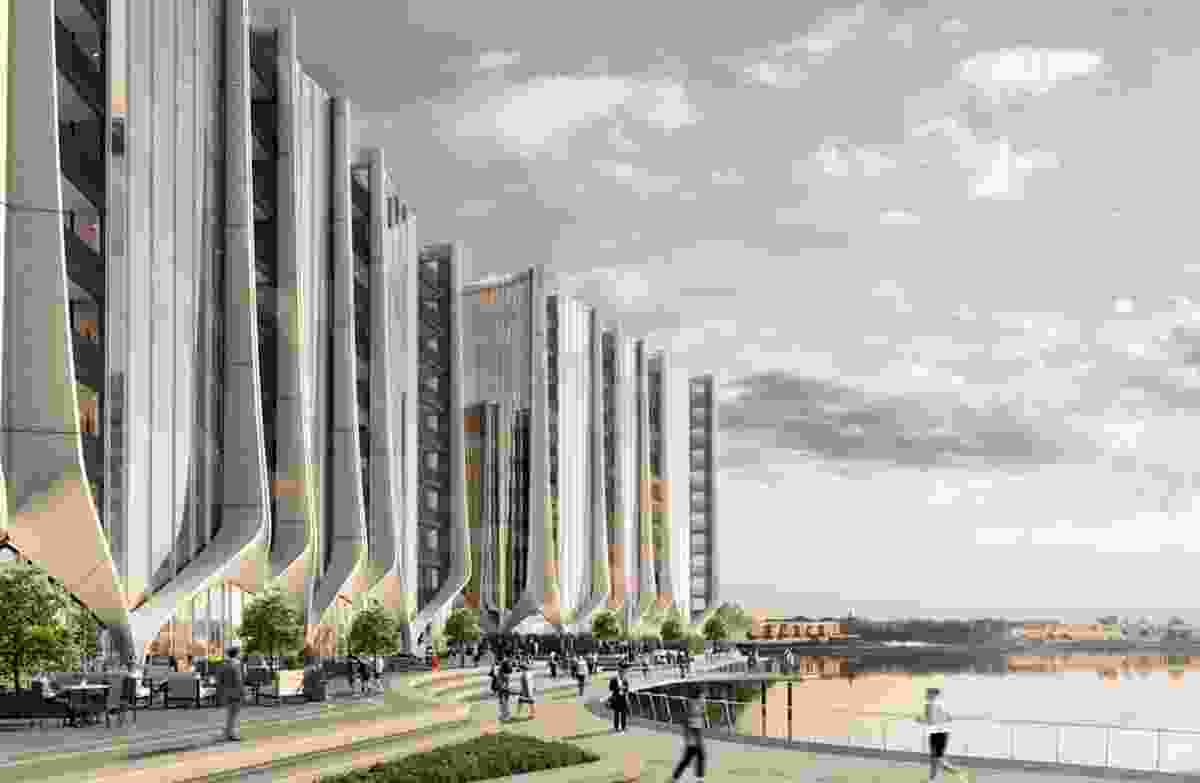