Plans to construct a new national convention centre in Canberra designed by Italian practice Fuksas Architecture and local practice Guida Moseley Brown Architects (GMB) are in doubt after the ACT government withdrew funding for the preparation of a business case for the project in its mid-year budget update.

The proposed building, known as Australia Forum, was first unveiled in February 2015. Fuksas and GMB won an invited competition to create a reference design for the convention centre. The proposal, described as a “poetic and sculptural treatment of architectural form,” was unanimously chosen by a nine-member jury from a shortlist of seven.

Following the competition, the winning architects were required to work with the ACT government to finalize the reference design and a business case for the centre.

The ACT government had planned to spend $8 million on an investment-ready proposal for the convention centre, but the plan was dropped from the mid-year budget in early February 2017. According to the Canberra Times, the ACT chief minister Andrew Barr said the territory government would abandon the project unless it received federal government funding, as part of negotiations on a city deal.

In January 2015, a report commissioned by the Canberra Business Chamber estimated the economic impact of the project would be a net benefit of $2.40 for every dollar spent over a 20-year period, based on an initial construction cost of $433 million.

However, the reference design – released in June 2015 – estimated the building would cost $500 to $700 million. Barr claims that figure could rise as high as $900 million in today’s money, significantly impacting the cost-benefit ratio.

The design was inspired by Canberra’s unique topography and Lake Burley Griffin. “The building acts like an abstracted landscape, formed by the floor layers of various functions,” the design statement reads.

“The sinuous shape of the roof is a key formal element of the project, followed closely by the sculptural amphitheatre which activates the forum plaza on Vernon Circle and engages with the topography and landscape of City Hill.”

The building would have included a 3,000-seat plenary hall, an 8,000-square-metre exhibition area, a ballroom, offices, retail and meeting spaces.

The federal government’s city deals program is designed to use federal and state or territory money, in addition to funds from the private sector, to develop “coordinated investment plans” for Australian cities. So far, city deals are in place for Western Sydney, Townsville and Launceston. 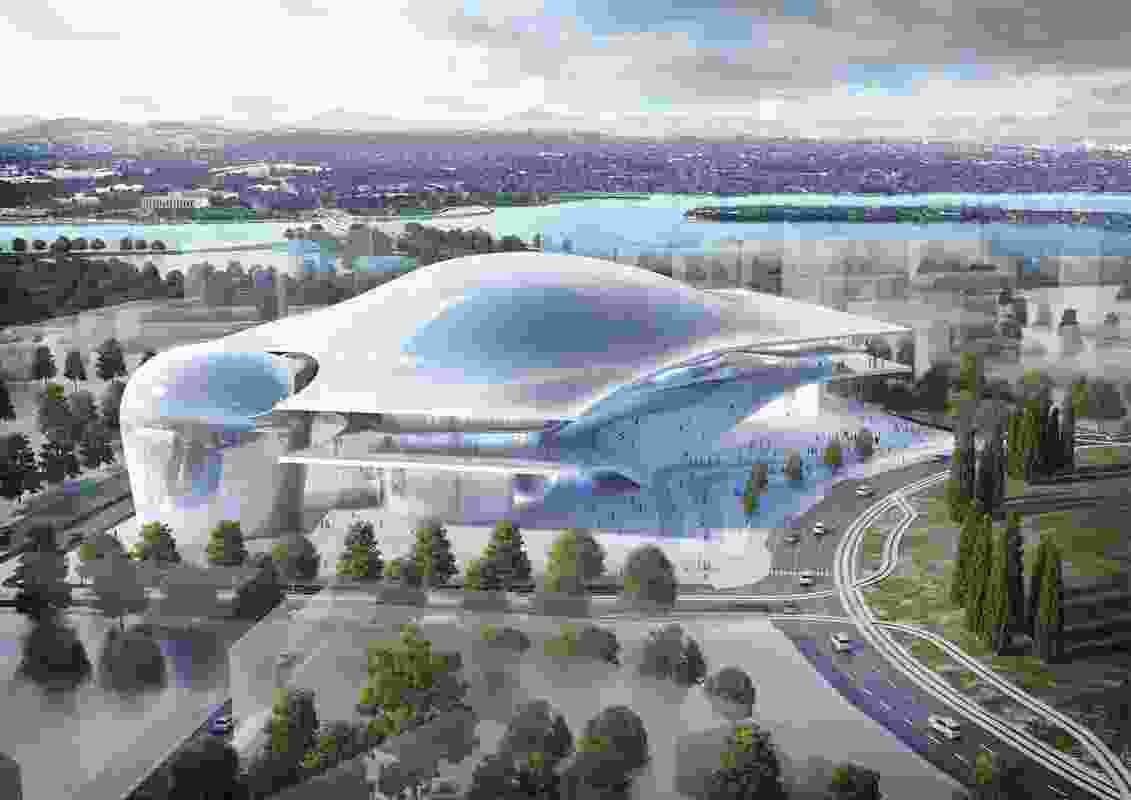