Game on: The architecture of the 2018 Gold Coast Commonwealth Games

Completed in April 2017, BVN’s new Gold Coast Sports and Leisure Centre is part of the Gold Coast Sports Precinct in Carrara, which will be the hub of the Games. It is a significant new development in the precinct, masterplanned by BVN, which also comprises the refurbished Carrara Stadium and Carrara Indoor Stadium. The new building consists of two mixed-use halls divided by a “street” and houses 15 multi-sport courts.

“The bold colour and material palette embodies the young, vibrant and confident image of the Gold Coast,” said BVN in a design statement. “The unexpected and surprising arrangement of the facilities provides a facility which is unique and memorable.”

The facility will host badminton, wrestling and table tennis matches during the games but will afterward become home to professional sporting groups, particularly netball and basketball, as well as a major sporting venue for the local community.

Located in the Coomera Sports Park, this new facility will be host to the gymnastics tournament and netball finals during the Commonwealth Games, but also accommodates sports such as volleyball, futsal and basketball. The building comprises eight multi-use sports courts in a shed-like structure that spans 88 metres.

Completed in August 2016, it was awarded Building of the Year at the 2017 Gold Coast/Northern Rivers Regional Architecture Awards. The jury said the project is “a reworking of a small brick bungalow, creating a fine sequence of connected indoor and outdoor spaces. The three connected pavilions intelligently incorporating existing building fabric create open rooms engaged with garden areas while secure from the street.”

Opened in November 2016, the new Anna Meares Velodrome is Queensland’s first indoor cycling facility. The building is located at the Sleeman Sports Complex in the Brisbane suburb of Chandler and is sited amongst a eucalyptus forest. Its undulating, “Pringle-shaped” roof form is inspired by the dynamics of cycling. The velodrome features a 250-metre timber track, which caters to all types of indoor cycling races.

“The track itself is an amazing piece of joinery, and its craftmanship is an inspiration for the entire building design,” said Cox Architecture director Richard Coulson. Cox Architecture won a design competition in 2013 for the project.

The upgrade to the Gold Coast Hockey Centre includes an extension to the existing clubhouse that more than doubles its size. It also includes the resurfacing of two synthetic pitches and the replacement of a turf pitch. The building features a public balcony with 200 permanent seats for spectators overlooking the synthetic pitches. The refurbishment also includes a function room, a central atrium, a bar and kitchen, meeting rooms and office spaces, a first aid room and changing rooms. Mode also designed the refurbishments of Nerange Mountain Bike Trails project and the Belmont Shooting Complex.

Upgraded between 2015 and 2016, the Broadbeach Bowls Club now boasts an expanded dining hall, meeting and office room, new commercial kitchen, raised outdoor terraces and improved spectator viewing. Four international competition-standard greens have also been upgraded. Following its completion, the facility was host to the 2016 World Junior Bowls Championships, the 2017 Australian Open of Bowls and will be host to the 2020 World Bowls Championships.

Officially opened in September 2014, the redevelopment of the former Southport Pool, now the Gold Coast Aquatic Centre, was the first venue to be refurbished. “Our strategy for the Gold Coast Aquatic Centre was to bring the main pools outdoors, enhancing the usability, sustainability, and general enjoyment of the outdoor venue,” said Coulson. The facility boasts a new 50-metre competition pool, refurbished lane training and diving pools and a new gymnasium, along with learn-to-swim facilities, a children’s play pool, childcare facilities and function rooms.

The building was awarded Building of the Year and received the People’s Choice Award at the 2015 Gold Coast/Northern Rivers Architecture Awards. “This is a fine piece of public infrastructure sited at the heart of quality waterfront parklands, and incorporates subtropical and urban design principles,” said the jury. “It addresses Commonwealth Games overlay and legacy planning. Its adaptive re-use of the site’s previous Southport Pool, with retention of key elements, builds on the Coasts’ cultural heritage. Key to the ongoing design success of this public facility will be a quality design management process, with respect to evolving programs and spatial requirements.”

Game on: The architecture of the 2018 Gold Coast Commonwealth Games 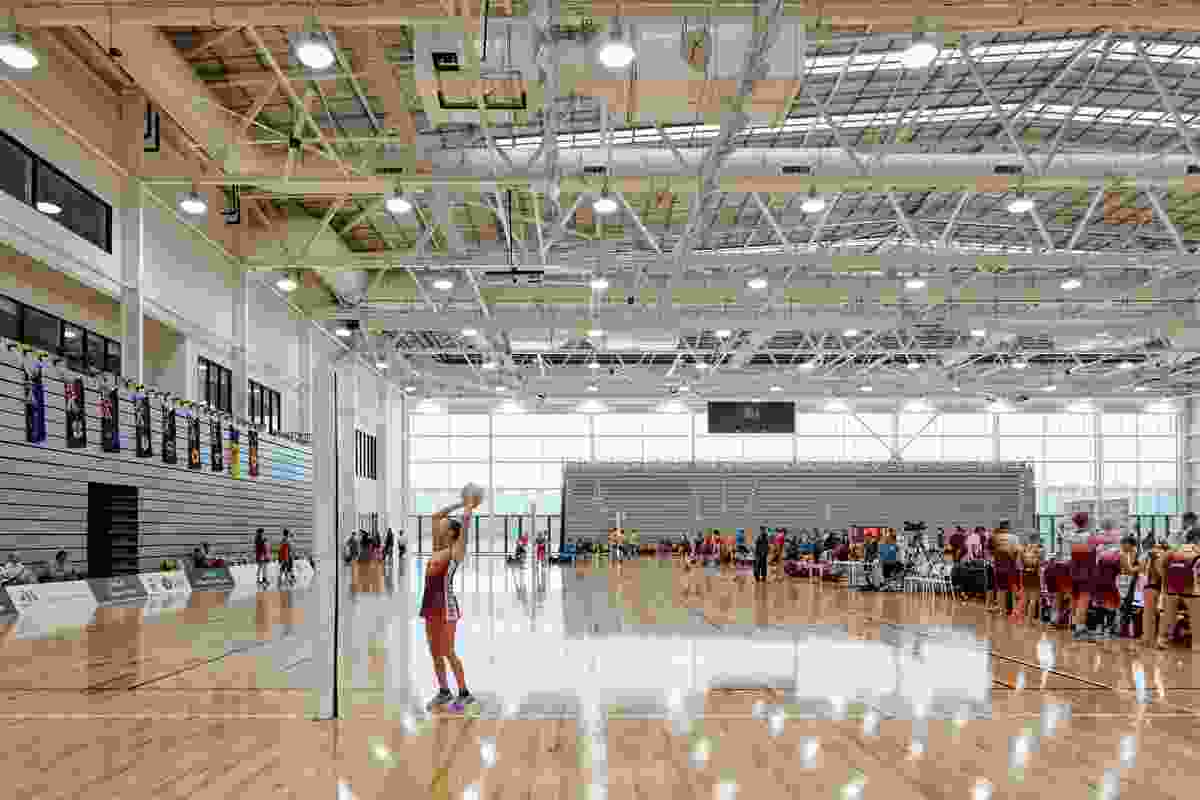 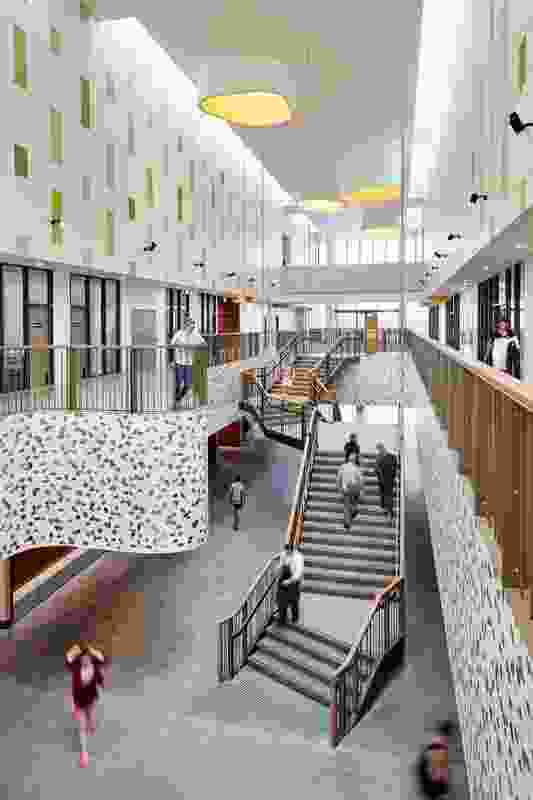 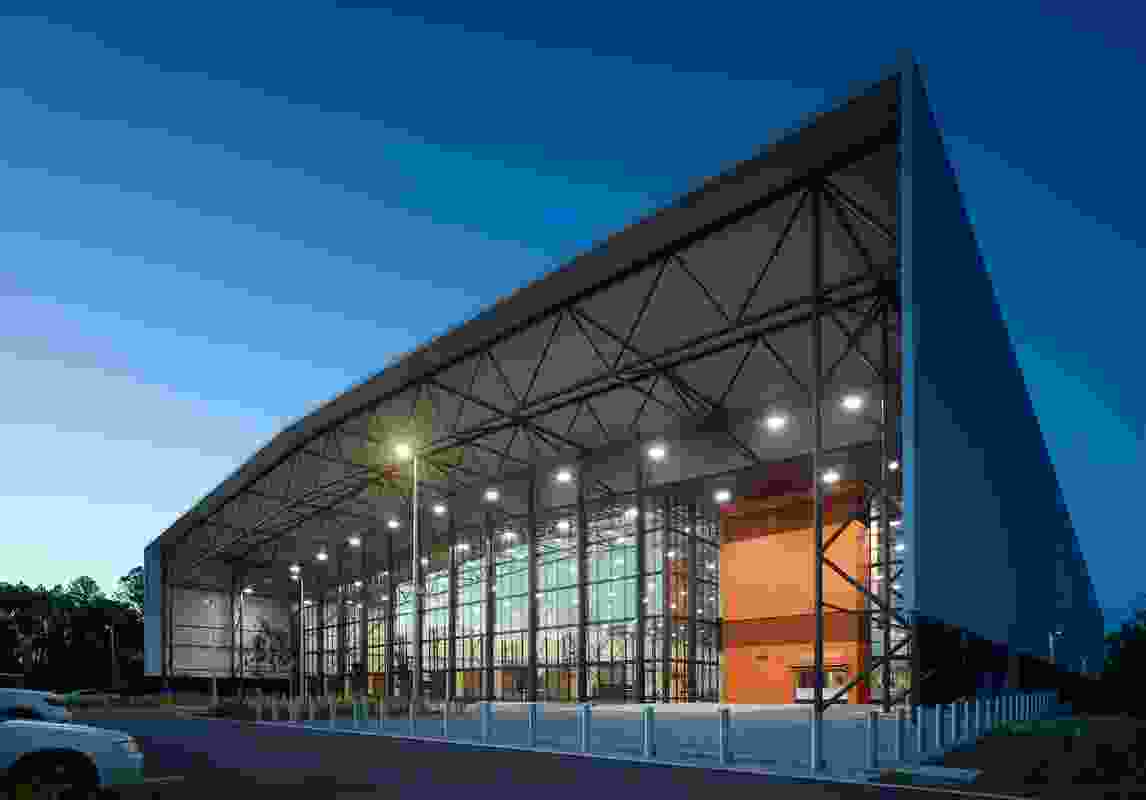 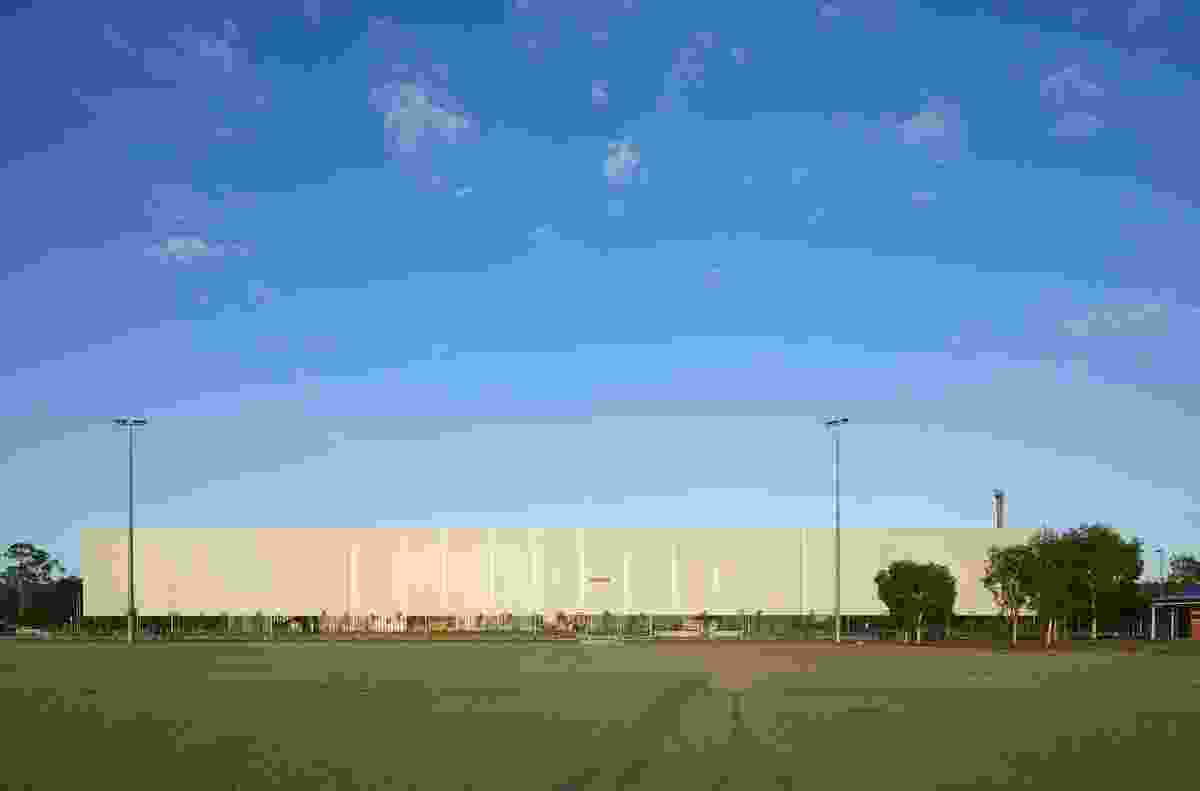 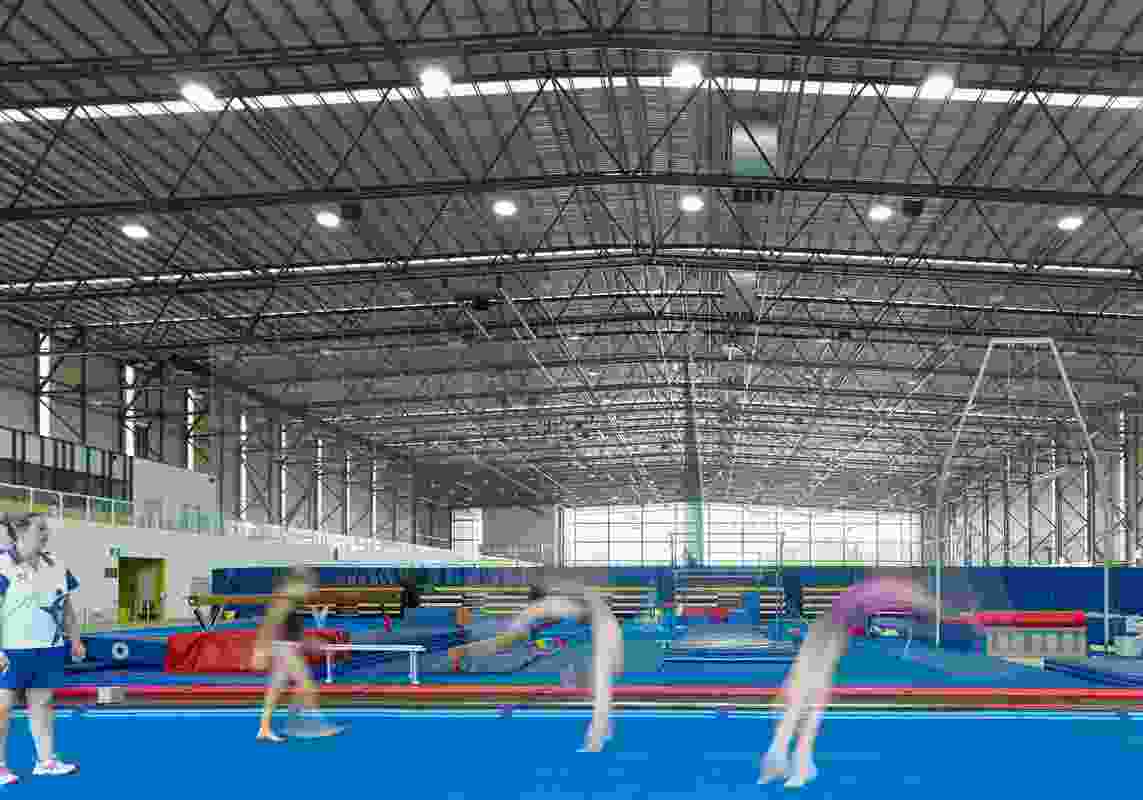 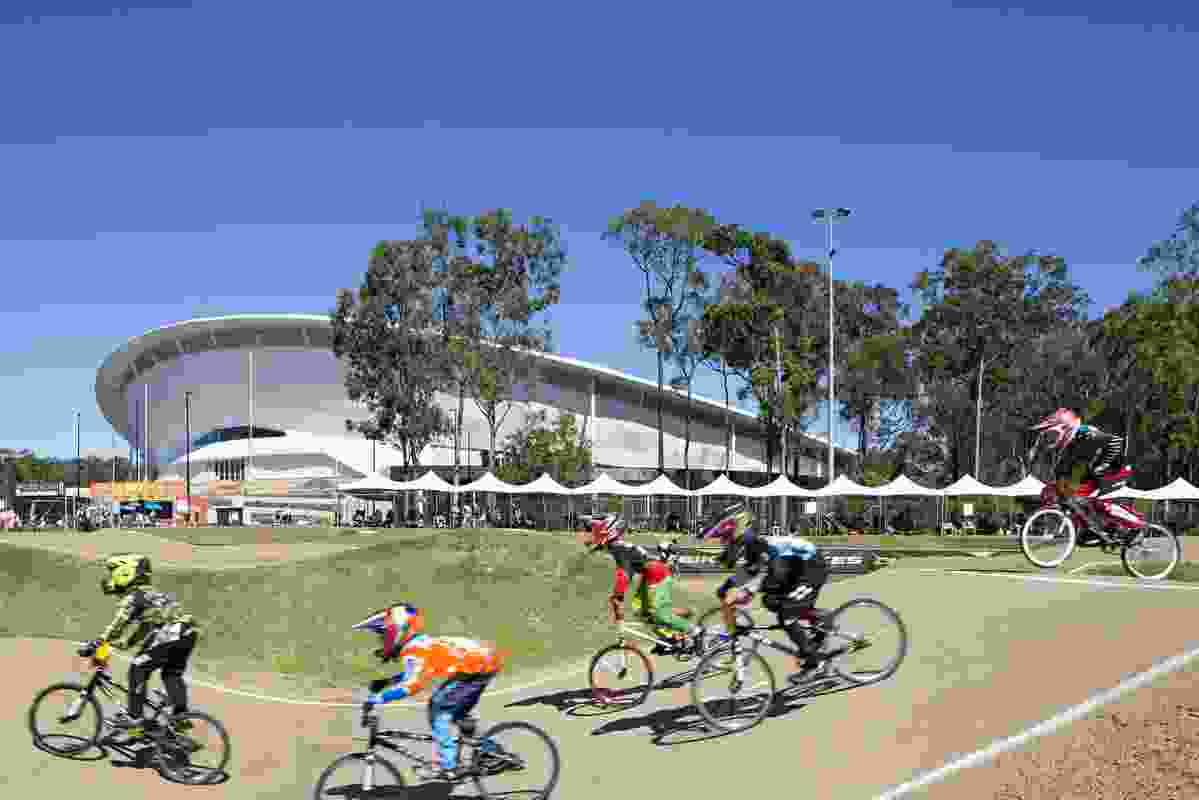 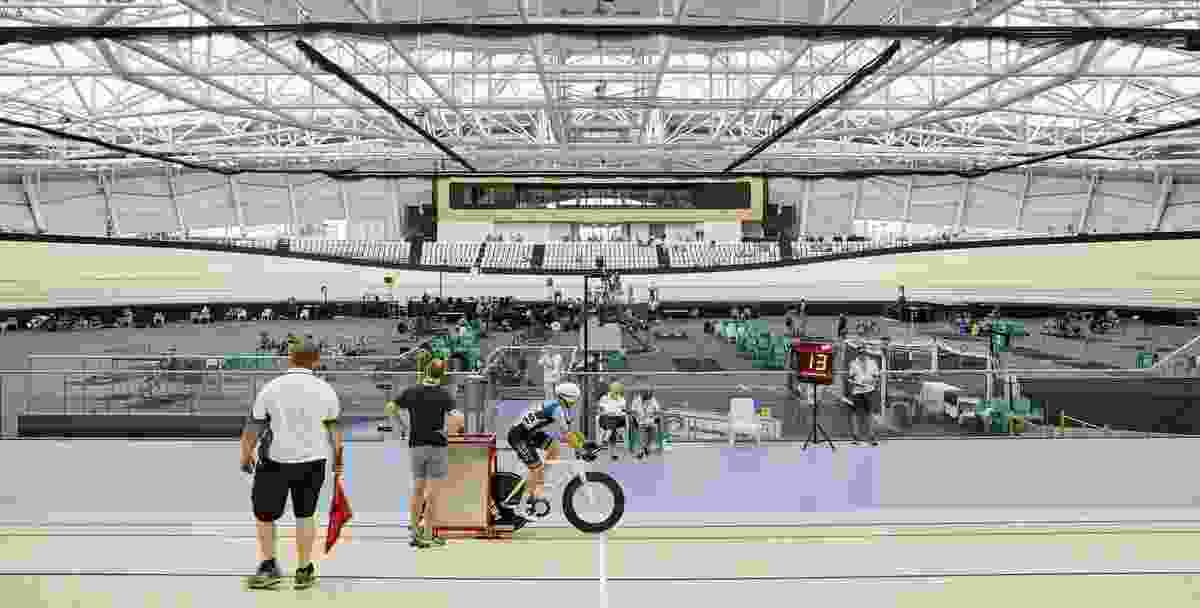 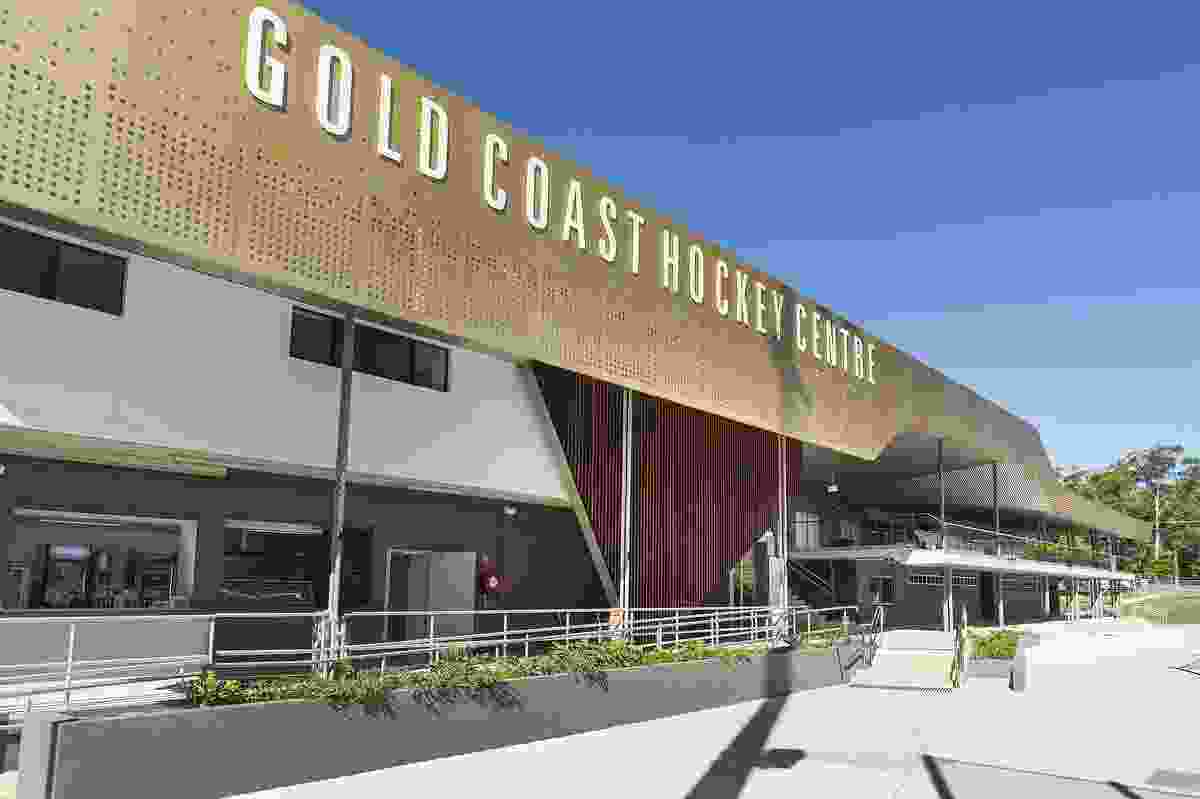 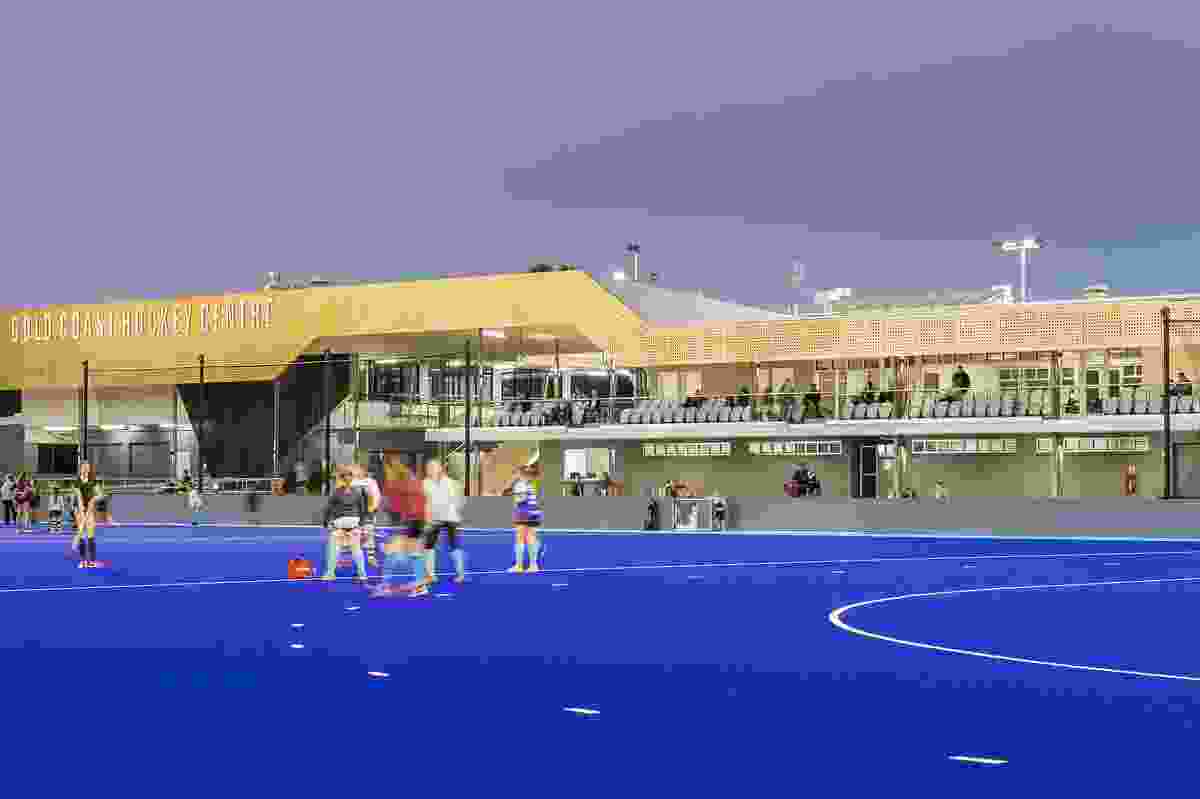 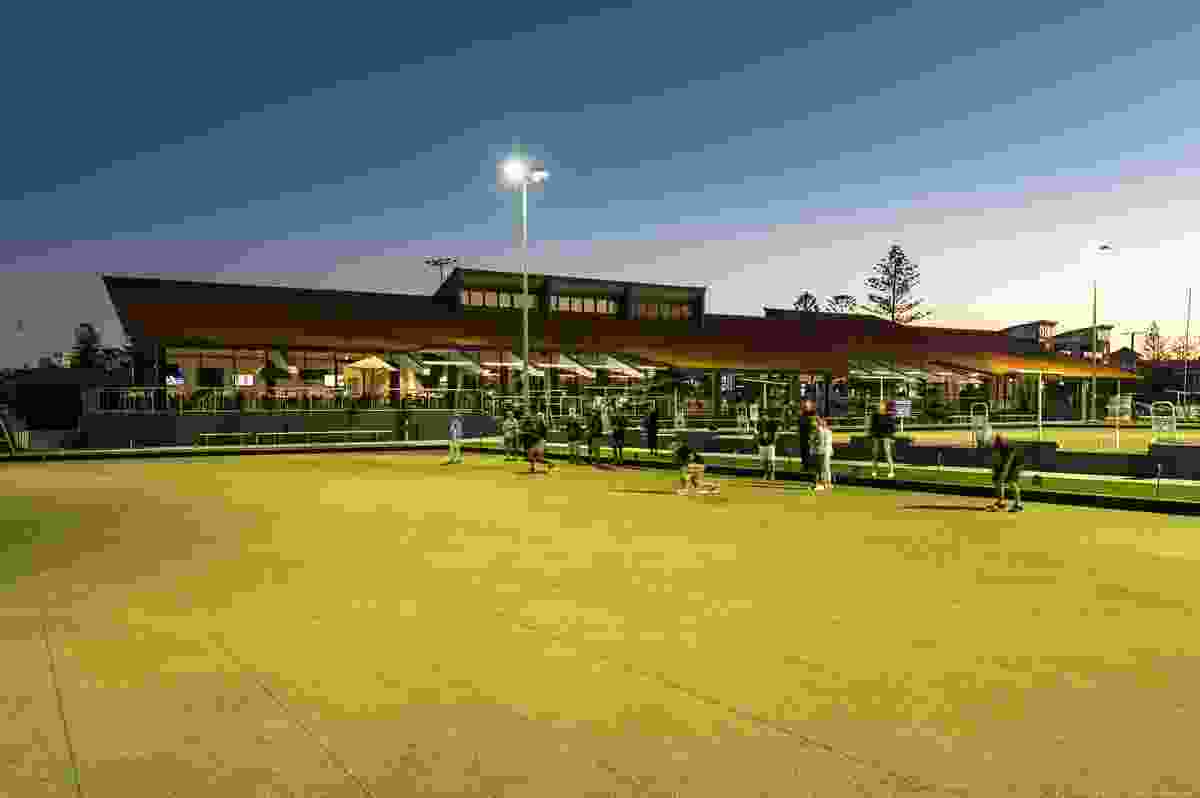 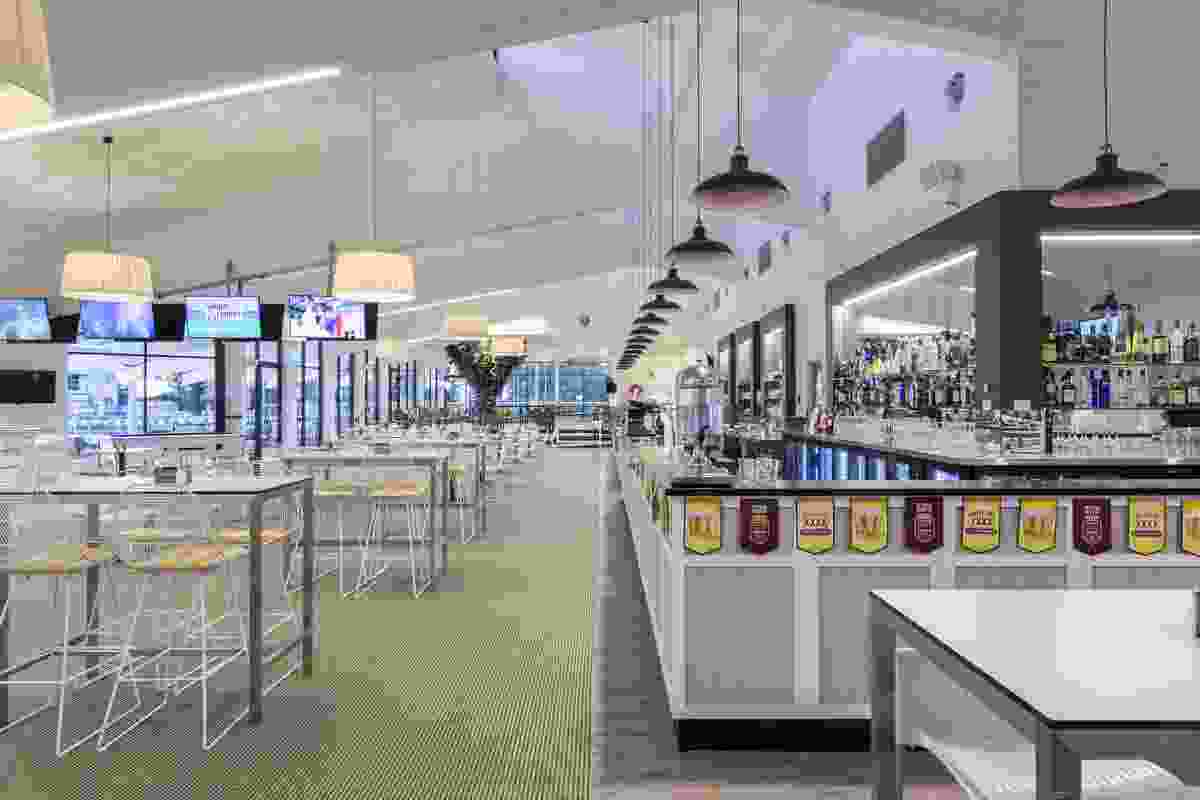 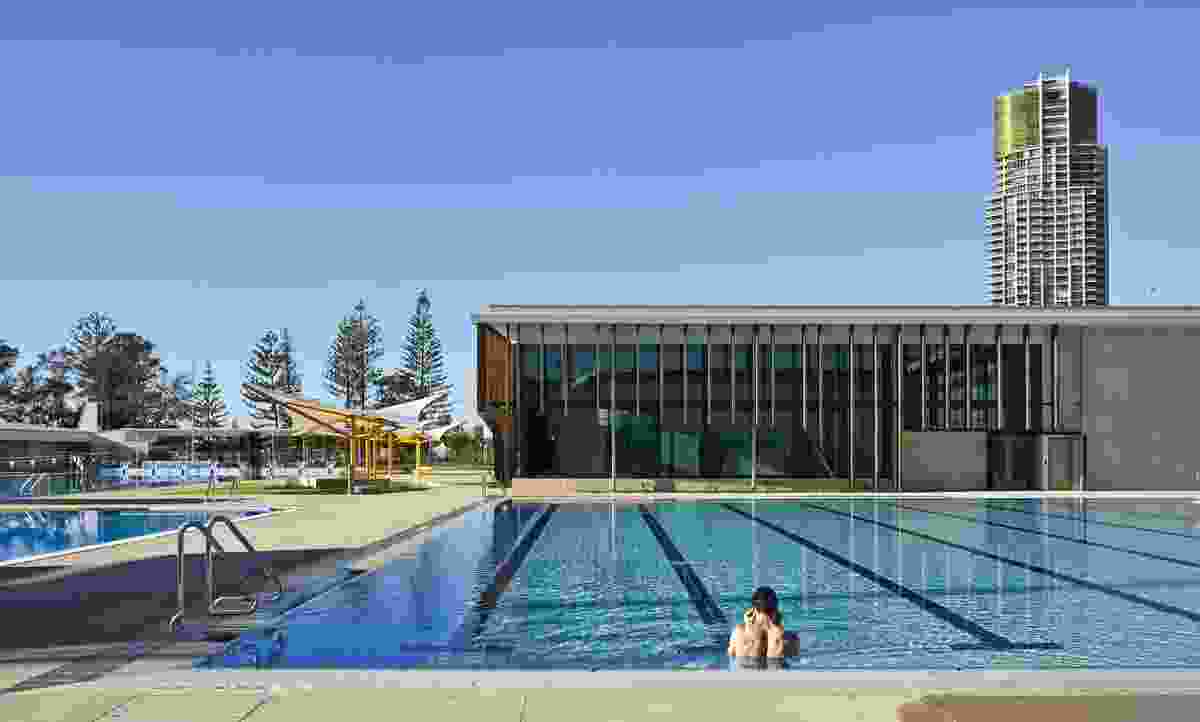 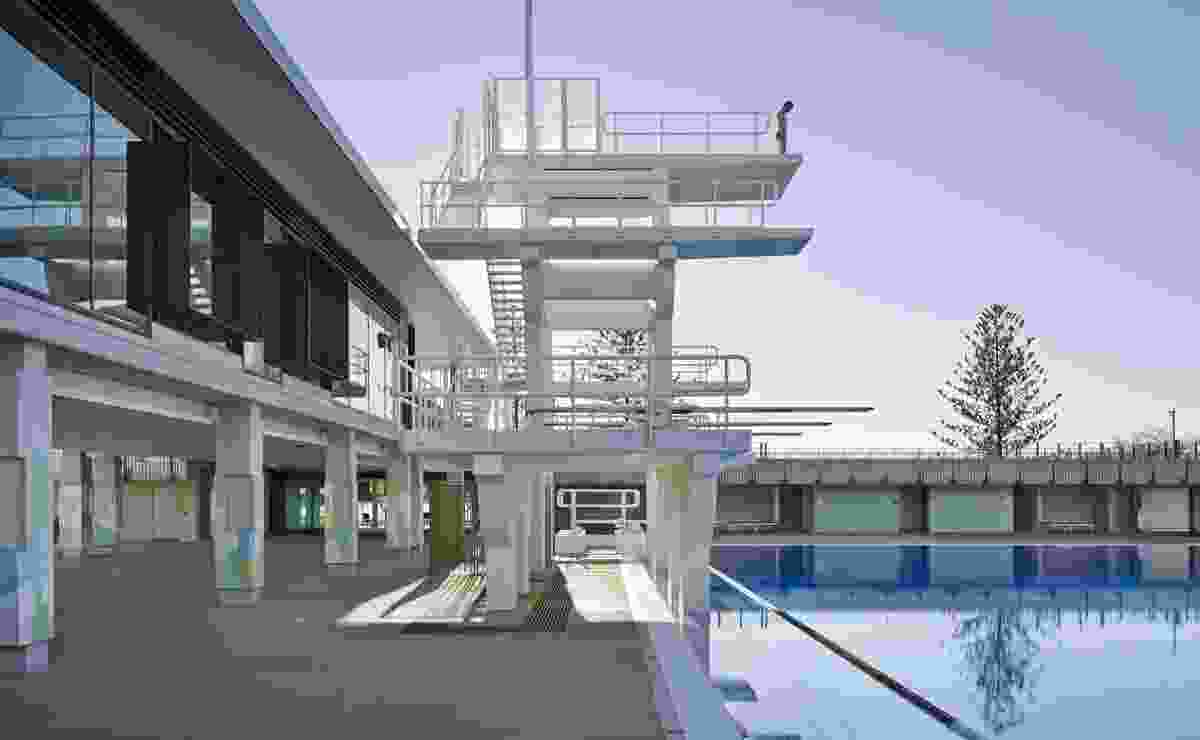 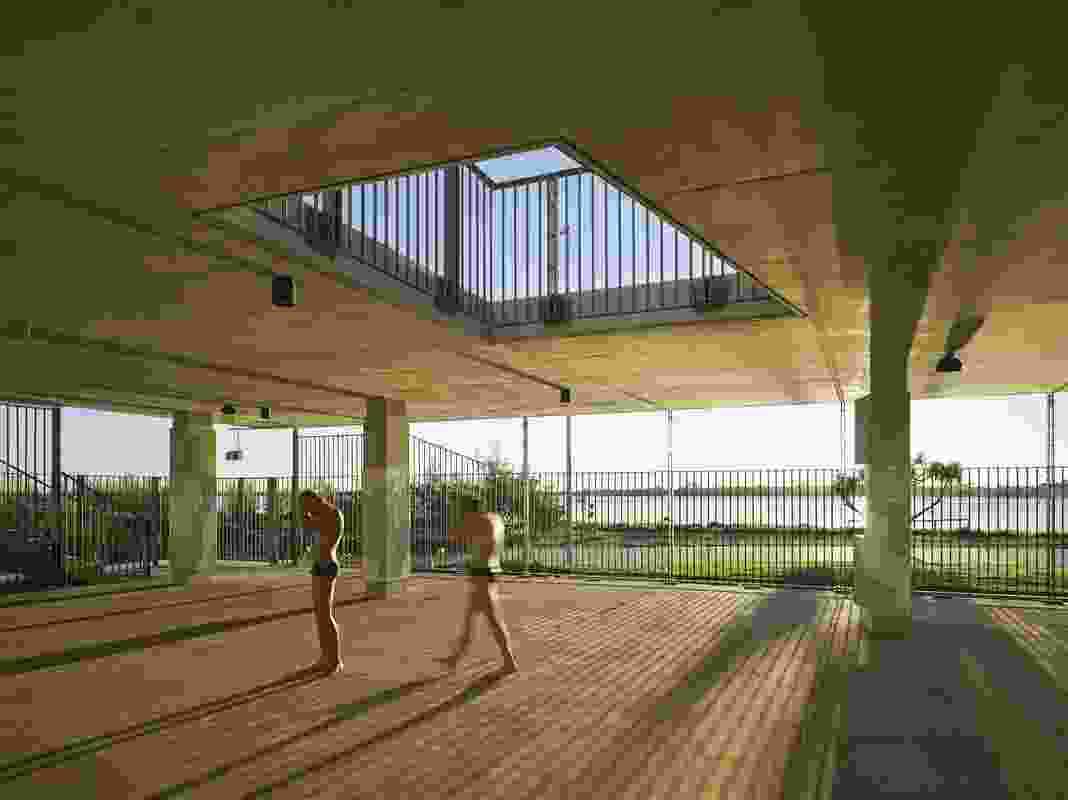