The Victorian government has appointed Kane Constructions to build the Hassell-designed Ryrie Street Redevelopment of the Geelong Performing Arts Centre.

The $38.5 million project marks the second stage of the Geelong Performing Arts Centre redevelopment, following the refurbishment of the Playhouse Theatre designed by Studio 101 Architects in 2010 and built by the same company.

The redevelopment will see the creation of a new building and almost 2,000 square of additional spaces, including two new foyers, a bar area, two new rehearsal spaces additional spaces for use by creative practitioners and organizations. Accessibility will be improved by providing universal access to the centre’s largest performance space, the 745-seat Playhouse Theatre.

The Geelong Performing Arts Centre stretches between Little Malop and Ryrie Streets and is located within the Geelong Cultural Precinct, which is also home to the Geelong Art Gallery and the 2016 Sir Zelman Cowen Award-winning Geelong Library and Heritage Centre designed by ARM Architecture and also built by Kane Constructions.

Member for Geelong Christine Cousens said, “The GPAC redevelopment will be a key part of Geelong’s revitalized arts and culture precinct, providing first class facilities for students and performers across the greater Geelong region.”

“Geelong Performing Arts Centre will not only be a landmark destination – it will also service the needs of the growing creative and cultural community,” he said.

The new building will have a new entrance on Ryrie Street, replacing the existing Mechanics Institute and Band of Hope buildings, which were largely removed, with the facades retained, when the performing arts centre was first built in 1981.

It will also reveal the walls of the historic former Steeple Church, which is currently used a small performance space. The church building is hidden from the street by the facade of the Band of Hope building. The form of the new building will cantilever over the church.

“The church will be more visible as part of an integrated composition of the performing arts centre building,” Loughnan told ArchitectureAU when the initial designs were revealed.

“The idea for the facade … is that it’s an active facade, so it has a translucency, a sculptural form, so it has some drama at night, or during the day it kind of has a different appearance.”

The state government is also soliciting expressions of interest for a large-scale artwork to be installed on the eastern exterior wall of the new centre, with funding of up to $500,000 set aside for the piece.

The Ryrie Street Redevelopment is slated for completion in mid-2019. 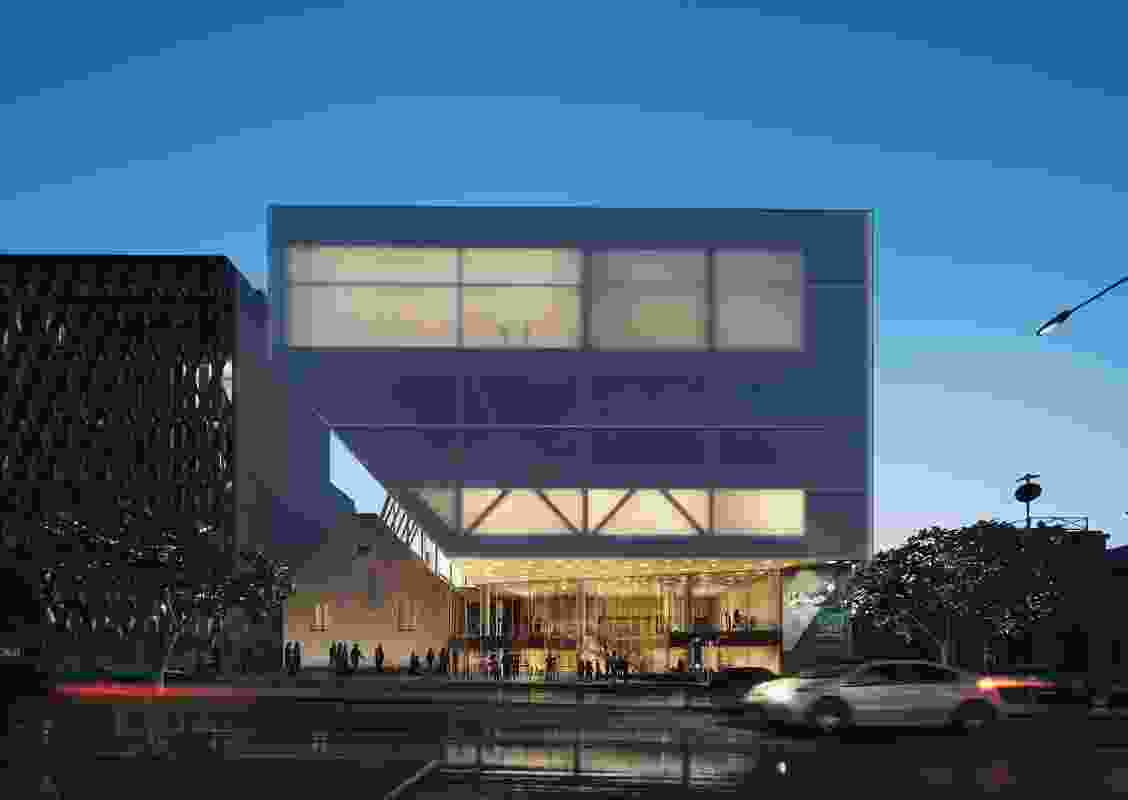 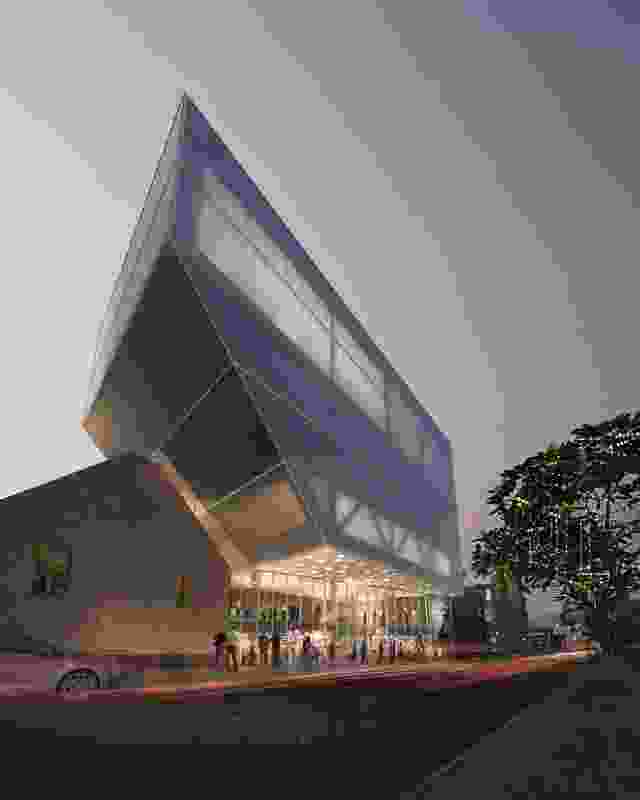 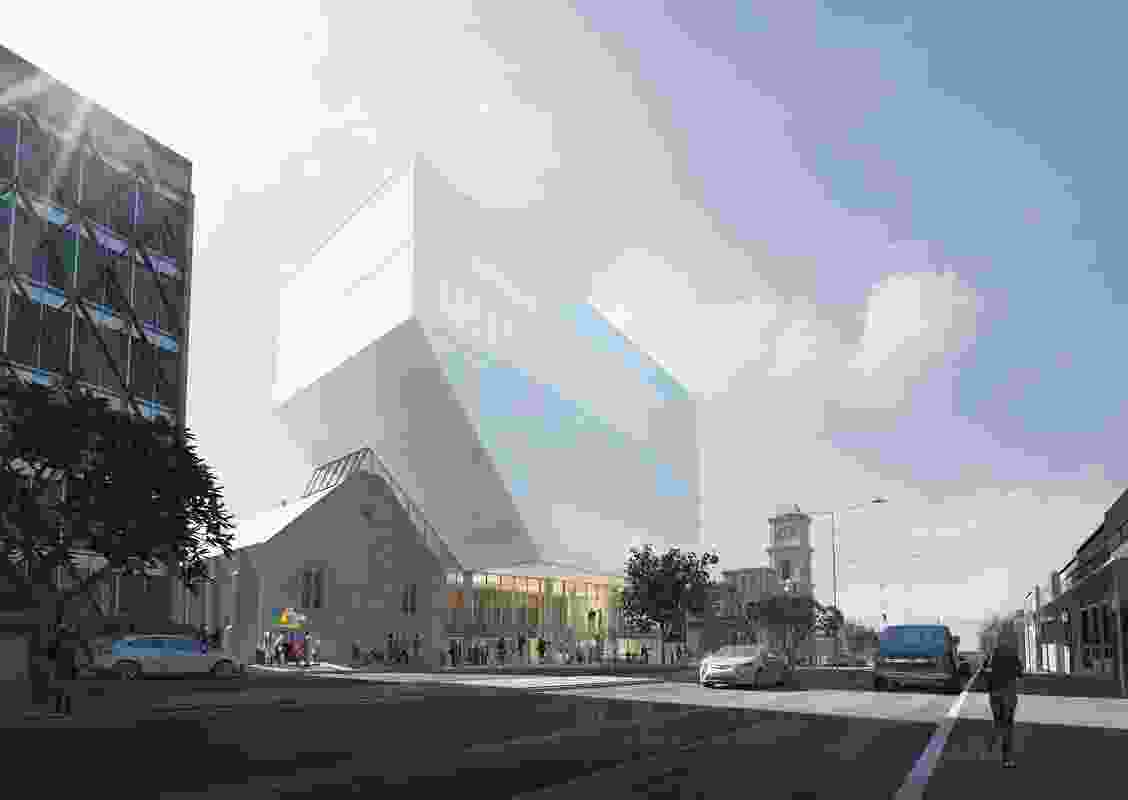 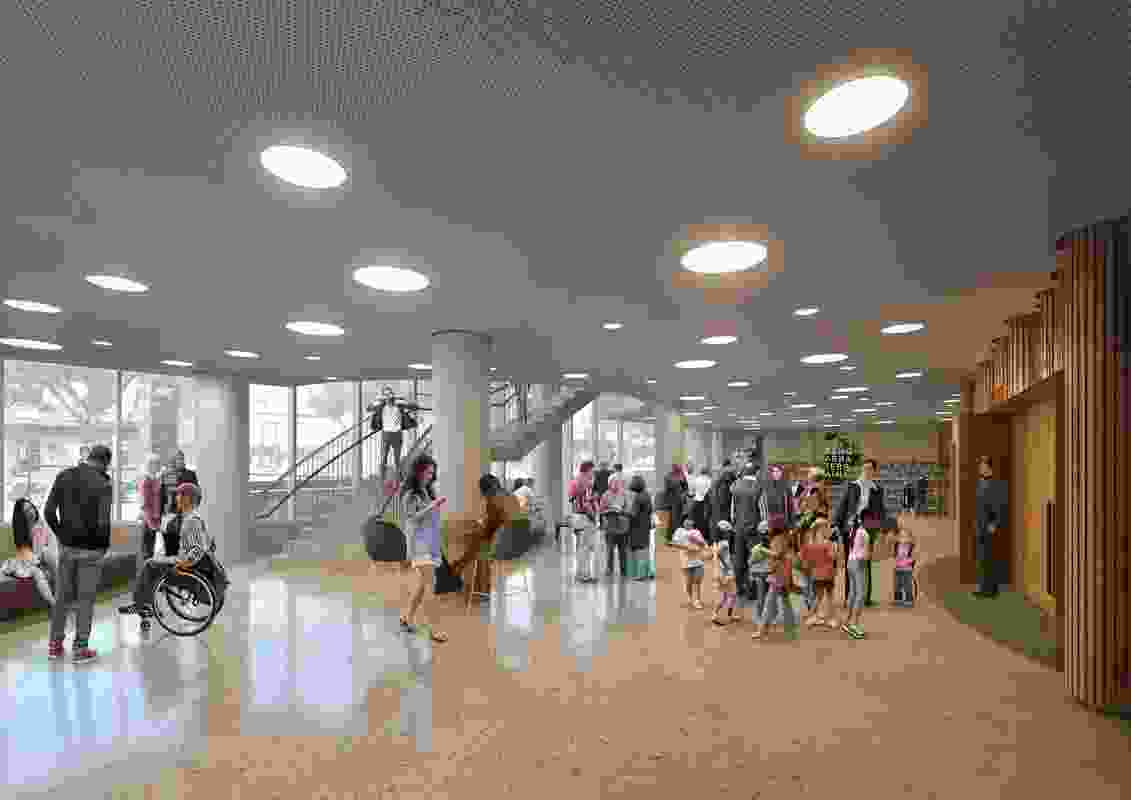 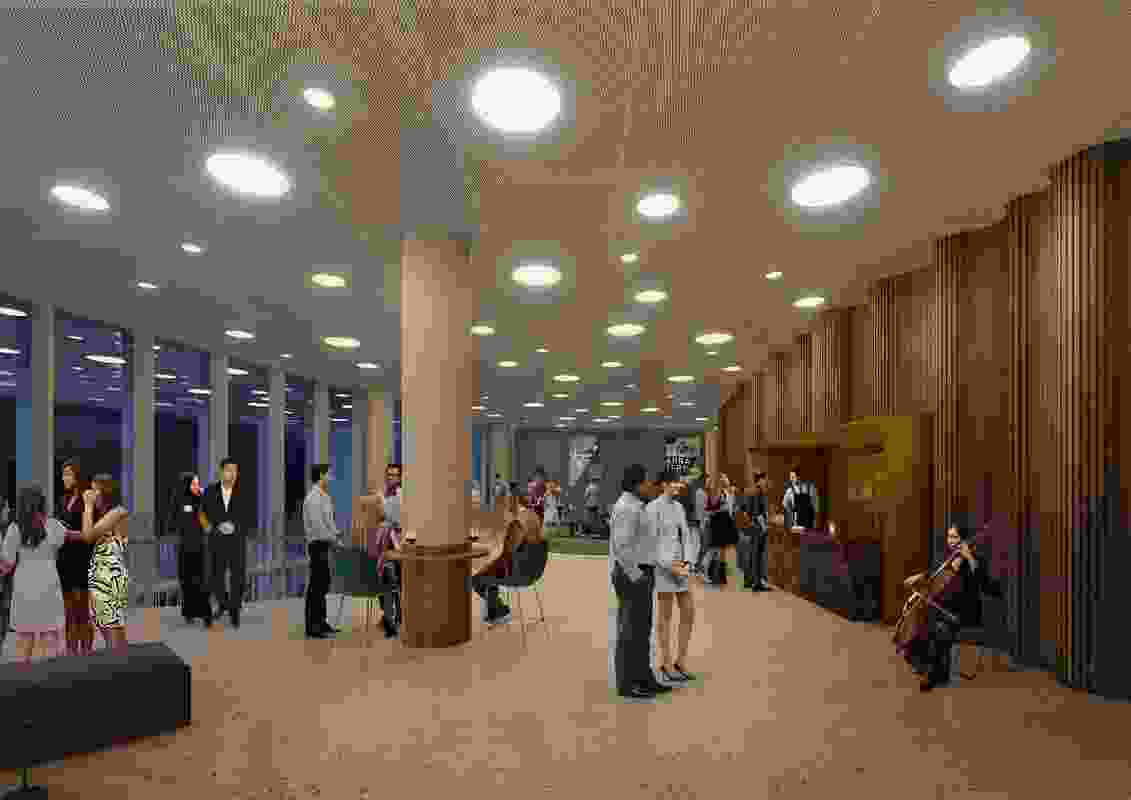 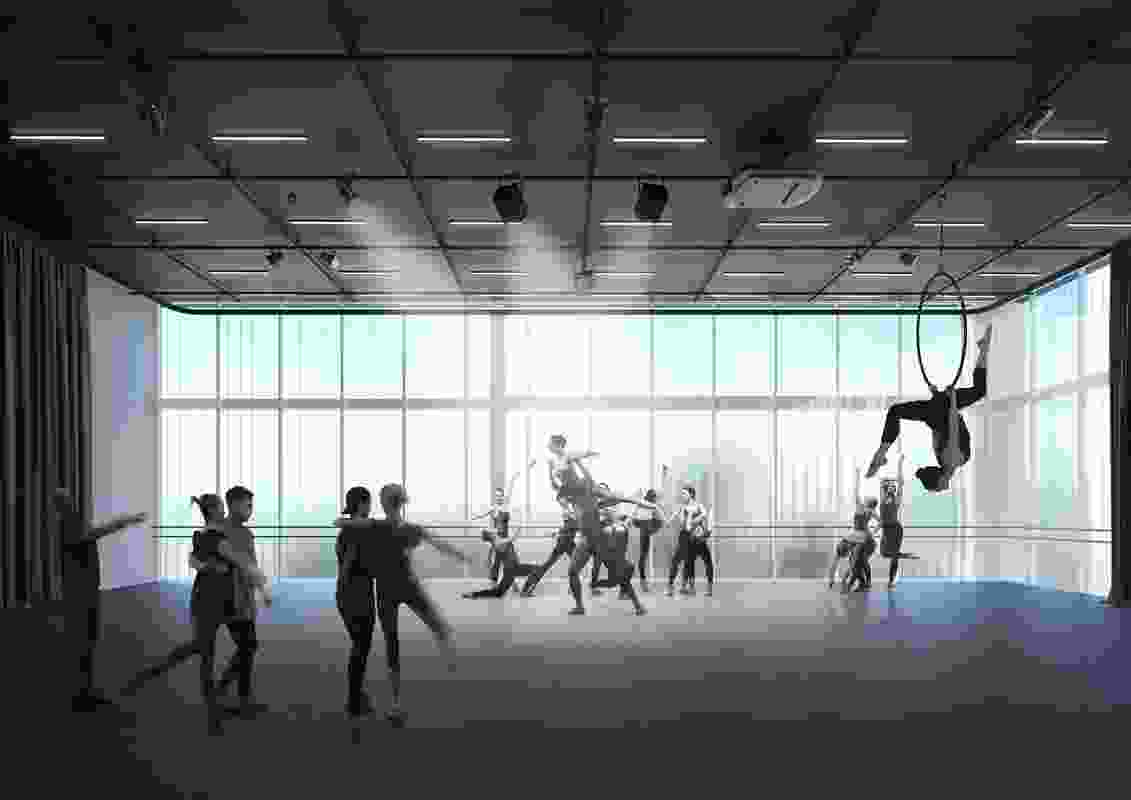