At Queensland’s South Bank, Deicke Richards has created a generous shade structure that provides a transition space for pedestrians, improving connections between the popular South Bank Parklands and Musgrave Park.

The shade structure is tall enough to be seen from either end of the site.

The Glenelg Street bus stop in South Brisbane, Queensland, sits on the fringe of Brisbane’s popular South Bank precinct, in a location that at first glance could be just a simple pedestrian artery to the surrounding open space of Musgrave Park. This site is not a destination point, but a transition space for pedestrians and an inner-city working street for the Brisbane Convention and Exhibition Centre delivery drivers and hotel patrons alike.

The client’s design brief was to improve connections between South Bank Parklands and Musgrave Park while providing pedestrian safety and legibility. The brief was certainly not an easy proposition to address considering the busy workings of the convention centre loading dock, the train bridge obstructing any visual connections and the imposing mass of the built form surrounding the site. Deicke Richards’s concept endeavours to address the abundant site constraints and to capitalize on the site’s possibilities, merging the sophisticated pattern language of South Bank’s hardstanding palette and landscape geometry. A priority for the design team was to create a shade structure that was obviously functional but was tall enough to be seen from either end of the site, therefore visually informing pedestrians of the link from Glenelg Street to Grey Street.

The paving pattern, the repeated elliptical street tree wells and the clean lines of the tall canopy structures cue the pedestrian to move through this linear site toward the South Bank precinct and the retail/cafe precinct of the ever-popular Grey Street strip.

The plant palette selected for the space is an understated part of Deicke Richards’s response to the challenges of the site, such as existing service alignment locations, lack of deep planting zones and building shadow. Simple solutions such as raised planters provide space for healthy plant growth and the design capitalizes on a great opportunity to soften the surrounding built form. The tree selection provides sufficient shade and aesthetic, and along with the large shade structures give pedestrians a reprieve from the hot Queensland sun.

Almost five years after project completion, it is evident that simple ingredients such as a robust plant palette, clean finishes and a unique pattern language all contribute to the recipe of a timeless public space. 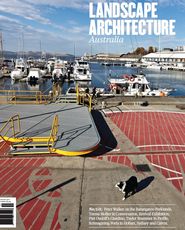 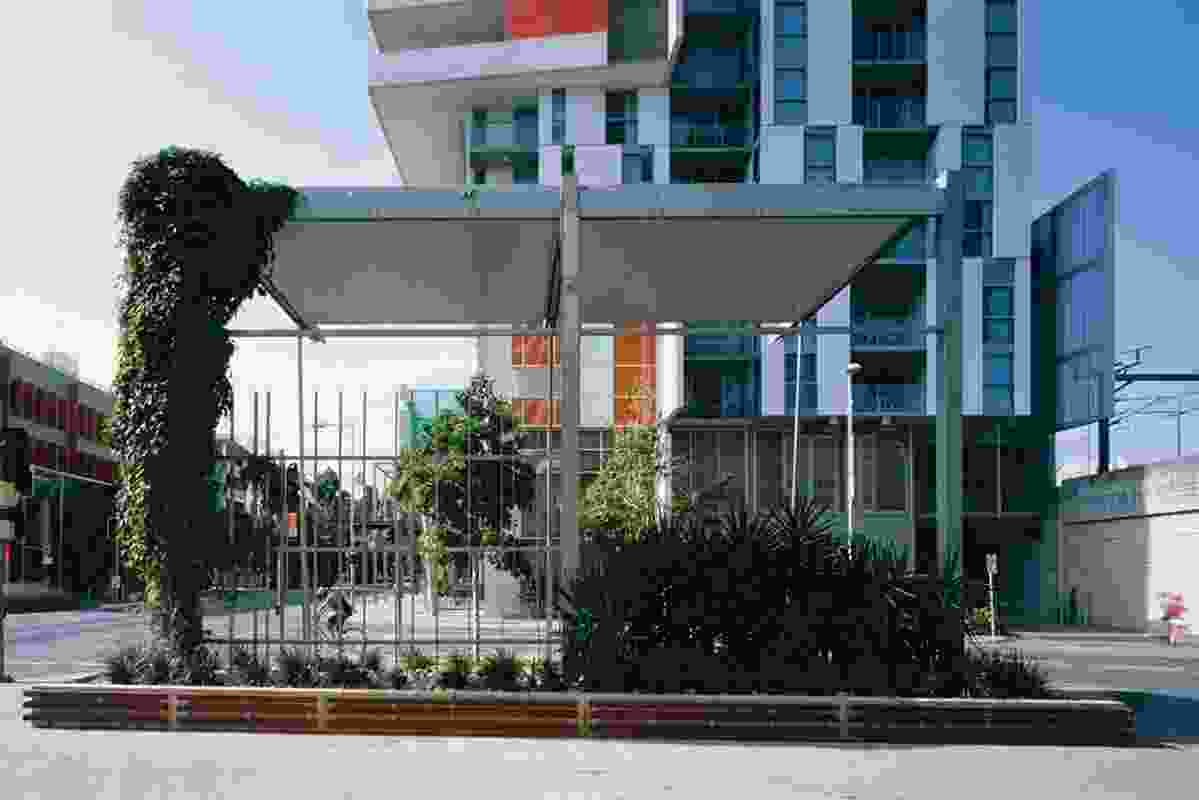 The shade structure is tall enough to be seen from either end of the site. 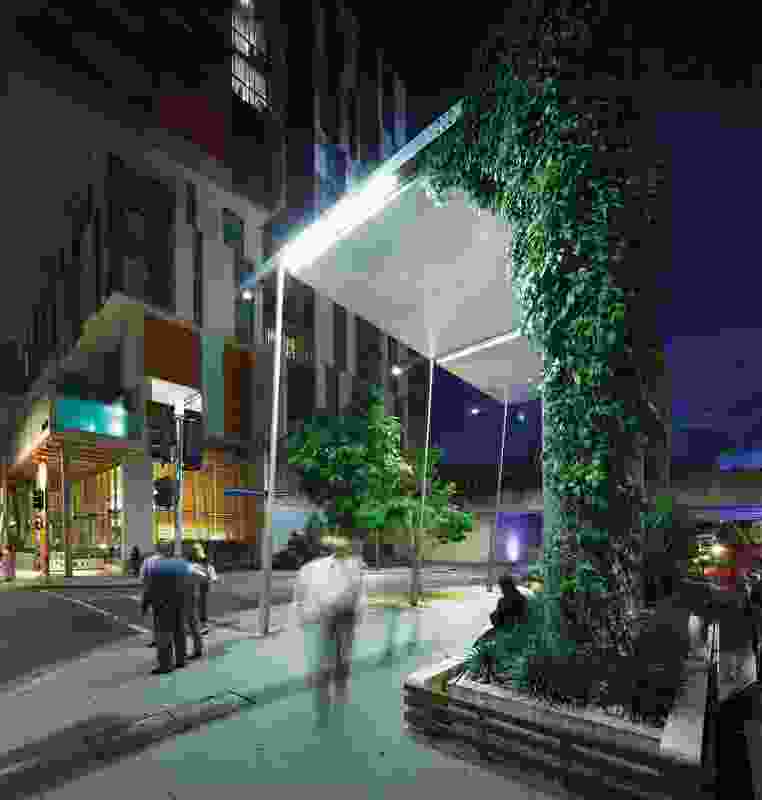 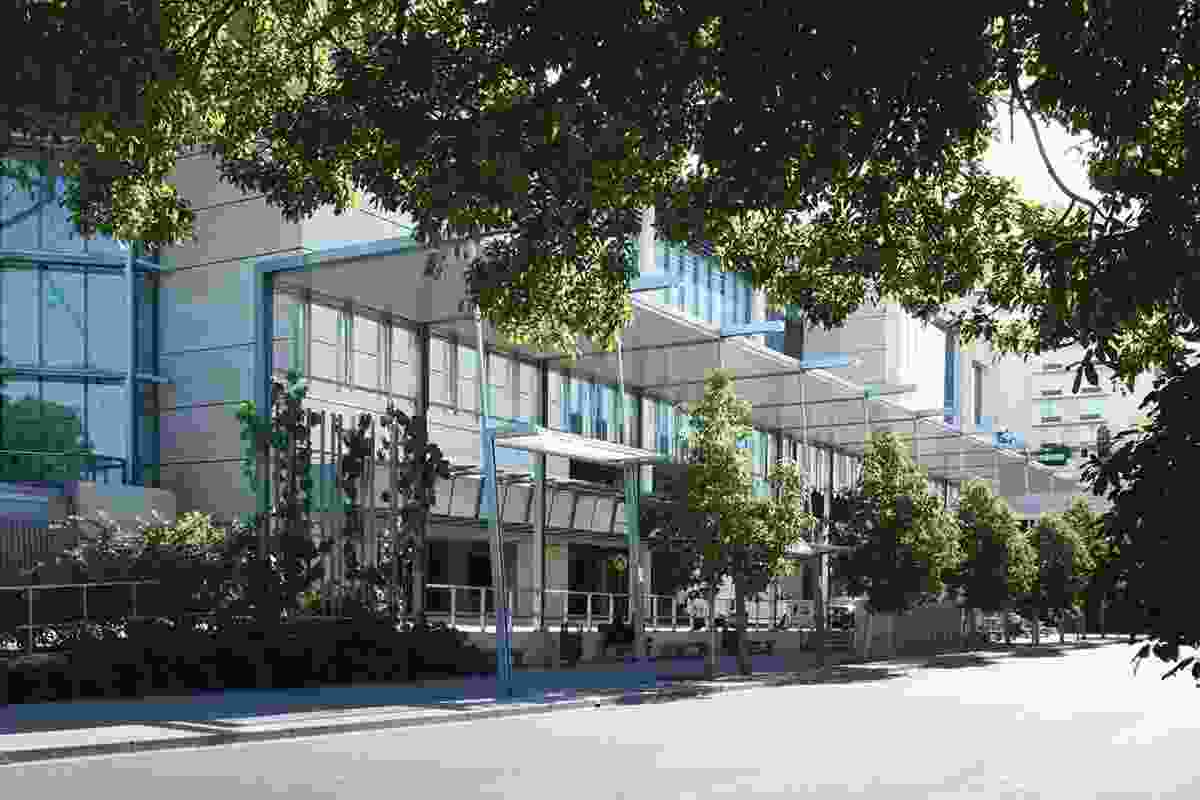 The structure outside the Brisbane Convention and Exhibition Centre. 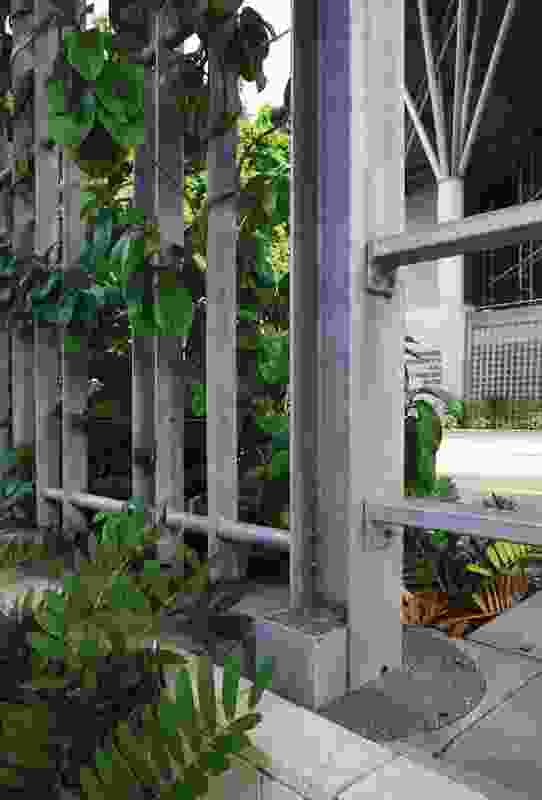