Home of the Arts by ARM Architecture.

Registration is now open for Gold Coast Open House, which offers a chance to see inside the buildings that make up the ever-changing city that was the setting for both the Australian Institute of Architects’ 2018 National Architecture Conference and the 2018 Commonwealth Games.

The program will take place on 27 October, following Open House events in Brisbane and the Sunshine Coast.

ArchitectureAU has rounded up some of the most interesting buildings to include in a Gold Coast Open House itinerary below:

Shortlisted in the 2018 National Architecture Awards, this eight-storey, seven-residence apartment building by Virginia Kerridge Architect “stands out from its neighbours by virtue of its articulate materiality and sensitive human scale.”

In a review of the building in Architecture Australia, Adrian Carter described the luxury apartments as exemplifying Kerridge’s “painterly approach” to architecture, with a “clear focus on the play of colour, materiality and natural daylight” identifiable in the “collage-like” quality of the building.

Carter noted that while the building was built with the very wealthy in mind, “as with so many significant and iconic examples of residential architecture, it is to be hoped that its sensitive, modest urban scale, its restrained abstraction and its elegantly simple, well-crafted design will serve as an aspirational model for future developments on the Gold Coast and elsewhere.”

Guided tours of the building must be booked. For more information, go here.

This redevelopment of a golf course is a surprising Gold Coast nod to the Bauhaus and modernist architecture. The airy, transparent building, which was completed in 2016, contains swimming pools, gyms, a range of tennis courts and other high-performance sporting facilities.

Shiro Architects’ Hiromi Lauren told Architecture Australia that Mies van de Rohe’s Farnsworth House influenced the building’s design, and that the centre was emblematic of her pursuit of architecture that is “silent and self-assured” and “which doesn’t talk too much.”

No booking is required for visits to the academy. For more information, go here.

The golden, boxy building was a significant part of the precinct, which was also masterplanned by BVN. It consists of two mixed-use halls divided by a “street” and houses 15 multi-sport courts.

“The bold colour and material palette embodies the young, vibrant and confident image of the Gold Coast,” said BVN in a design statement.

In a review of the building for Architecture Australia, Sheona Thomson said “The volumetric simplicity of the large [hall] belies [its] programmatic and logistical intricacy.”

“In facilitating the required variety of sports, the spectrum of users and modes of competition from amateur to elite, not to mention environmental needs in circumstances ranging from everyday use to competition in broadcast conditions, ‘the complexity goes on and on’,” she writes.

The facility hosted badminton, wrestling and table tennis matches during the games, and is now a major sporting venue for the local community.

Home of the Arts by ARM Architecture

The “Home of the Arts,” or HOTA, is the first project in the long-term development of the 17-hectare Gold Coast Cultural Precinct. It comprises a double-sided amphitheatre covered with a landscaped garden.

Capable of hosting 5,000 people, the amphitheatre stage sits under a canopy made from a tensile fabric arranged in a Voronoi pattern. A “black box” theatre can be formed by closing the stage door.

ARM Architecture, with German landscape architecture firm Topotek1, won a competition for the design of a masterplan for the proposed Gold Coast Cultural Precinct on the bank of the Nerang River in 2013.

While the contents of the plan have since been redrawn, the current masterplan retains the original’s heavy use of Voronoi (or web-like) patterns in both its architectural and landscape designs as a way of linking new structures with ones already present on the site, which will be wrapped in a “gelato-coloured” Voronoi superstructure.

HOTA is open for both self-guided and guided tours, which must be booked. For more information, go here. 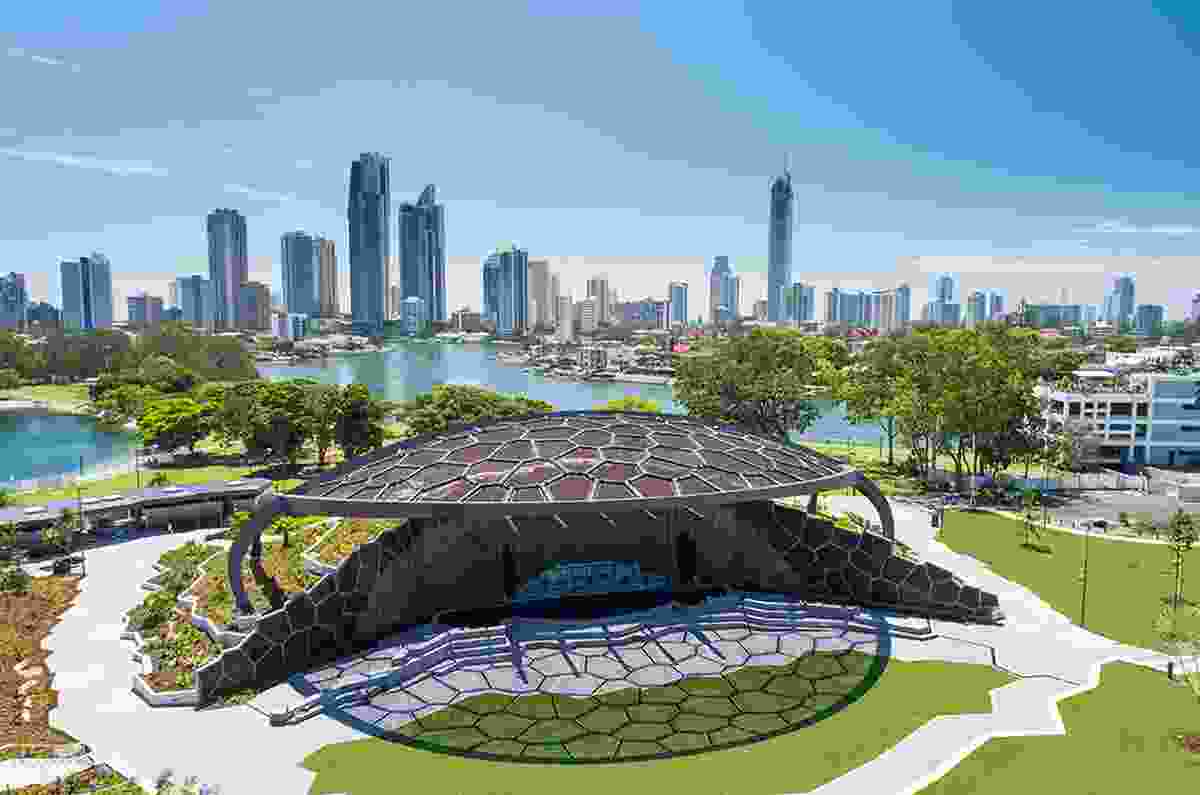 Home of the Arts by ARM Architecture. 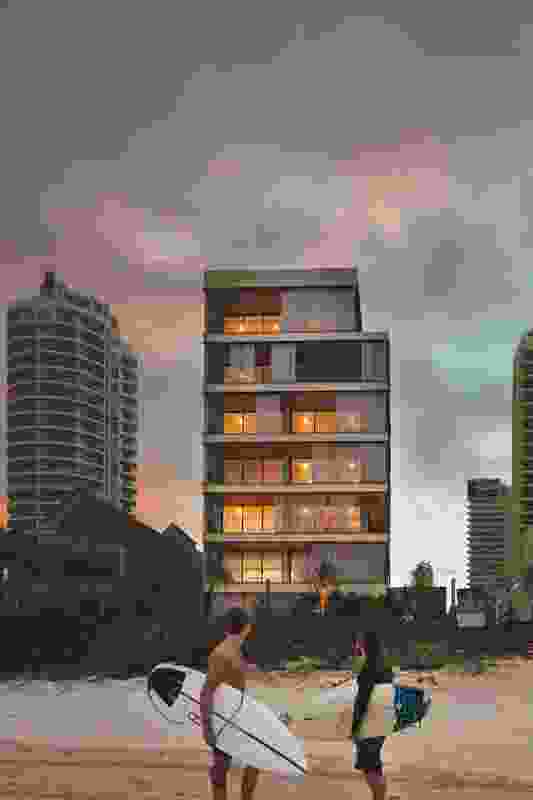 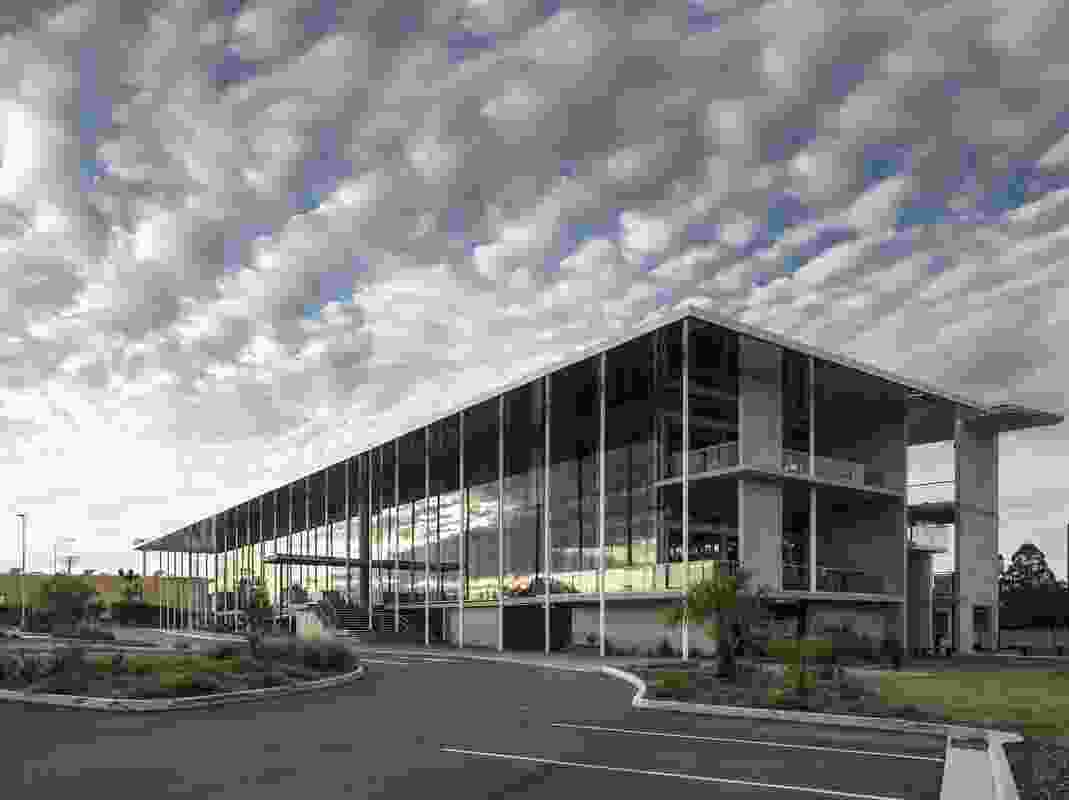 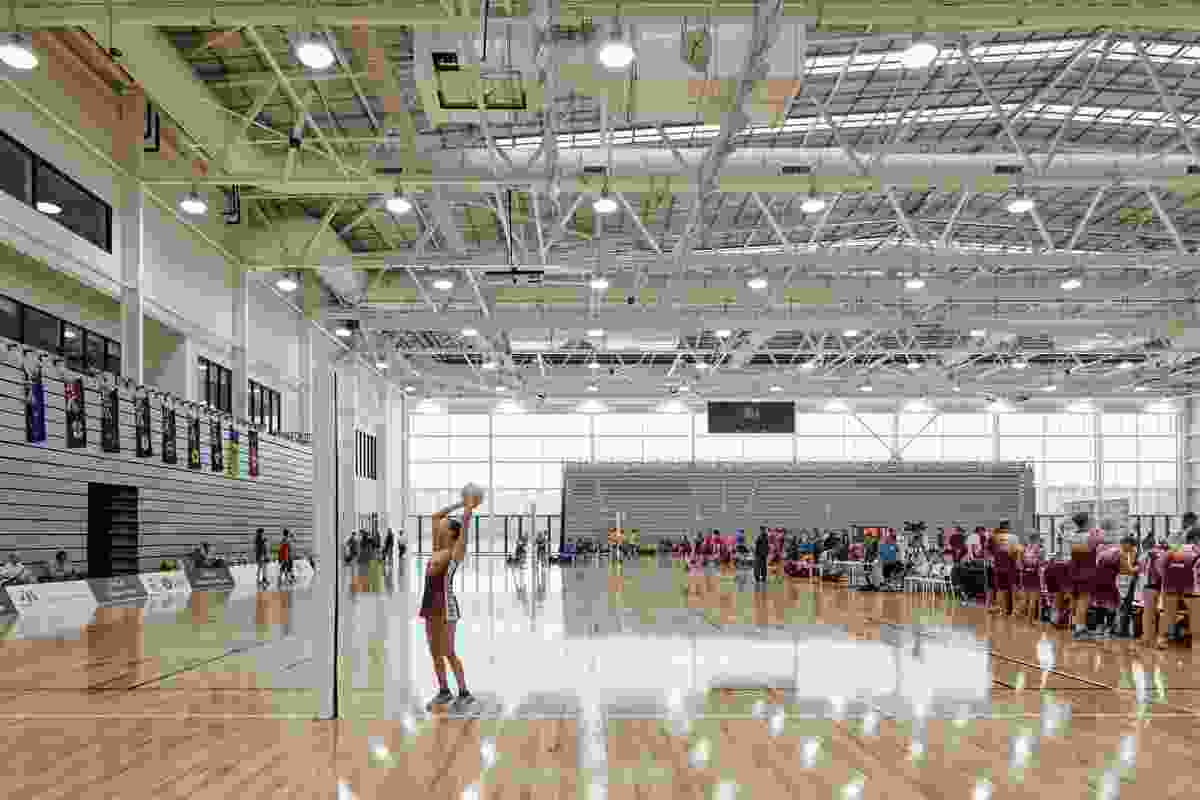