Sensitive to both architecture and place, Kieron Gait Architects’ alterations and additions to a 1950s home maintain its humility and utility.

A timber deck connects the house to the backyard.

Not long ago, the view from Grange Residence to its backyard was a familiar suburban prospect. It was an image of dishevelled undergrowth that entangled a neighbour’s mango tree, overwhelmed the chain wire fence, engulfed the lawn and restrained itself only enough to clear a path to the rotary clothes hoist. Admiring the outlook now, clients Matt and Jane Scott take pleasure in the changes, which have seen this same piece of territory become something more usable, more accessible and a little less like most backyards that began life in the 1950s.

The Grange Residence project is an extension and partial renovation of a three-bedroom, mid-century home in suburban Brisbane. The additions are relatively modest, however, the results are exceptional; the client’s aspirations for the project have been exceeded due to the multiplicity of benefits brought about by relatively small changes.

Matt and Jane approached architect Kieron Gait on the basis of previous work he had completed on postwar homes. Their brief was to extend the house into the garden and make a flexible space for living and relaxation that could double as guest accommodation. This has been realized, and a covered timber deck has been added along with other modifications that have helped to better connect the house with the north-facing backyard and improve internal amenity.

The new garden room is conceived as a pavilion. It extends from the rear of the house and is positioned on the western boundary, completing the L-shaped enclosure of the garden. The pavilion houses a new bathroom that serves guests and the children’s bedrooms, as well as a large space that has the dual function of living room and guest quarters.

Inside, the pavilion is generously flooded with natural light by means of the south-facing clerestory windows, the translucent walls to the north and east, and glazed, sliding doors that open directly onto the lawn. The bathroom is also lit naturally through the translucent ceiling, which borrows light from the clerestory windows. Louvre windows promote good airflow and the solid western wall keeps the spaces protected from afternoon sun in the summer.

The southern living room wall is a seamless and comprehensive joinery unit that conceals all manner of things, including a double fold-down bed. The adjacent whitewashed walls stop short of the floor to reveal honey-coloured particleboard and the timber wall structure. This expression continues around the reading corner – the vertical rhythm of laminated timber brings warmth and interest to the space, and translucent wall sheeting provides a further material richness. Morning shadows cast by garden plantings animate the interior surfaces and in the evening, the pavilion is transformed into a light box, the exterior emitting a warm glow.

Looking back towards the house from the far corner of the yard, it is difficult to identify the original home beneath the new charcoal zinc roof that encloses it. From here, the formal complexity of the extension is revealed and you can appreciate the cranking roof of the pavilion, the folding roof profiles that shelter and frame the deck, and the balance of solid and void that characterizes the composition. What is apparent, too, is the immediacy of garden access; both the timber deck and pavilion benefit from their new, direct connections to the outdoors.

The covered timber deck, while effectively an external space, extends and improves the usability of the home’s interior spaces. In Brisbane’s mild climate it can be used as an additional dining and breakfast room and, with its elevated position, acts as a terrace from which the suburban delights of backyard sport and domestic goings-on can be monitored. The timber steps leading to the lawn capture the morning sun and create an irresistible platform, the perfect spot to stop and read the paper.

The materiality of the architecture has been carefully expressed throughout this project, such as in the solid eastern wall of the deck, which is punctured by rectangular openings and detailed so that the zinc cladding folds to make a neat border and reveal the laminated timber frame. The marriage of timber and zinc is offset to great effect by the surrounding white walls and blue sky. Moreover, the delicate placement of these openings in order to capture the afternoon chorus of cockatoos in the distant trees demonstrates the sensitivities of the project towards both architecture and place.

The original 1950s Grange Residence was a building of humility and practicality. Its charm was recognized in the detail of its front door, its dramatic roof form and its simple and effective floor plan. Despite the transformation, this character has remained intact. Returning the garden to an important domestic place with improved connectivity to the home has made the newer spaces more compelling and the effective whole more delightful. 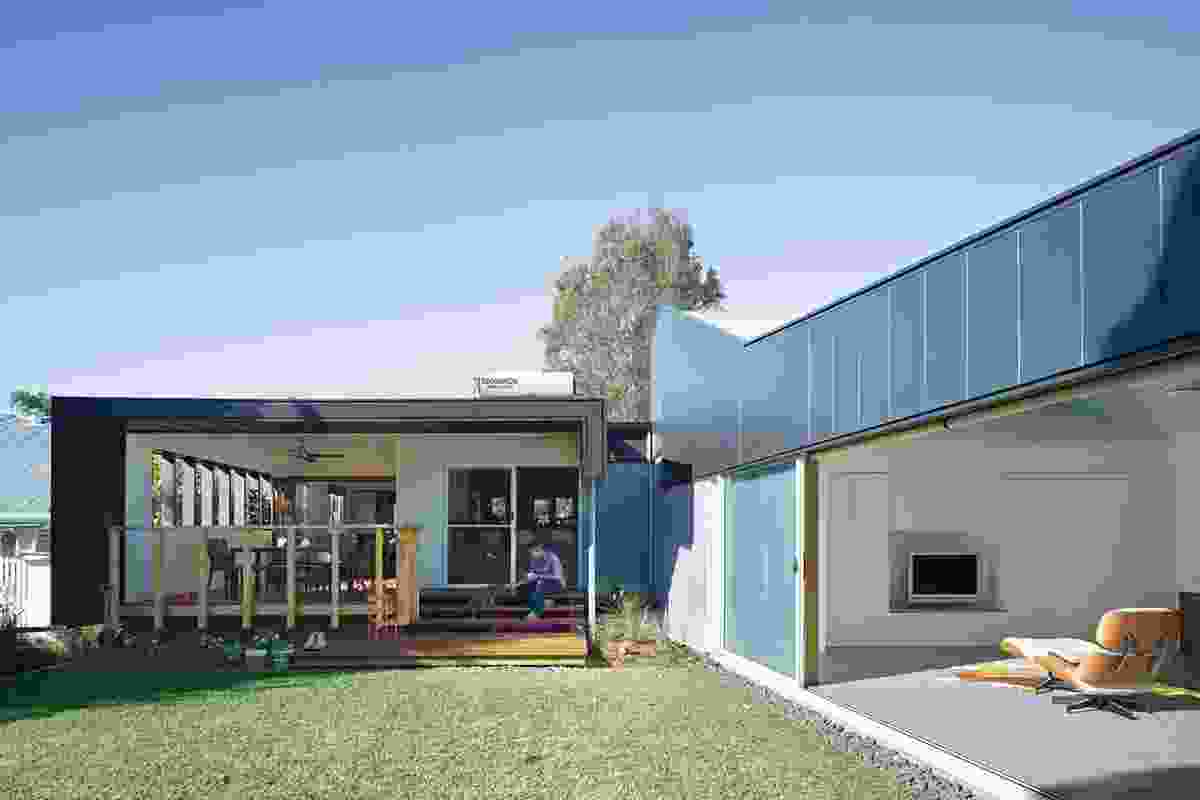 A timber deck connects the house to the backyard. 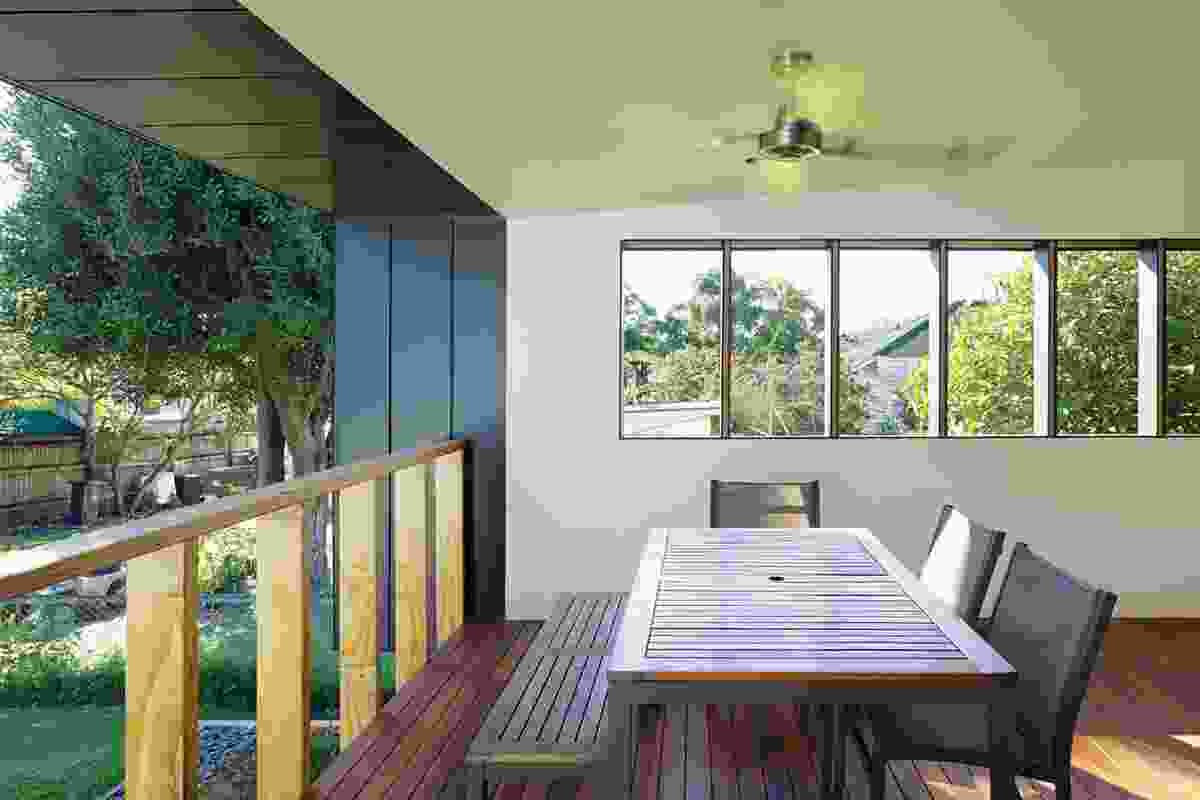 The timber deck is an extension of the living spaces. 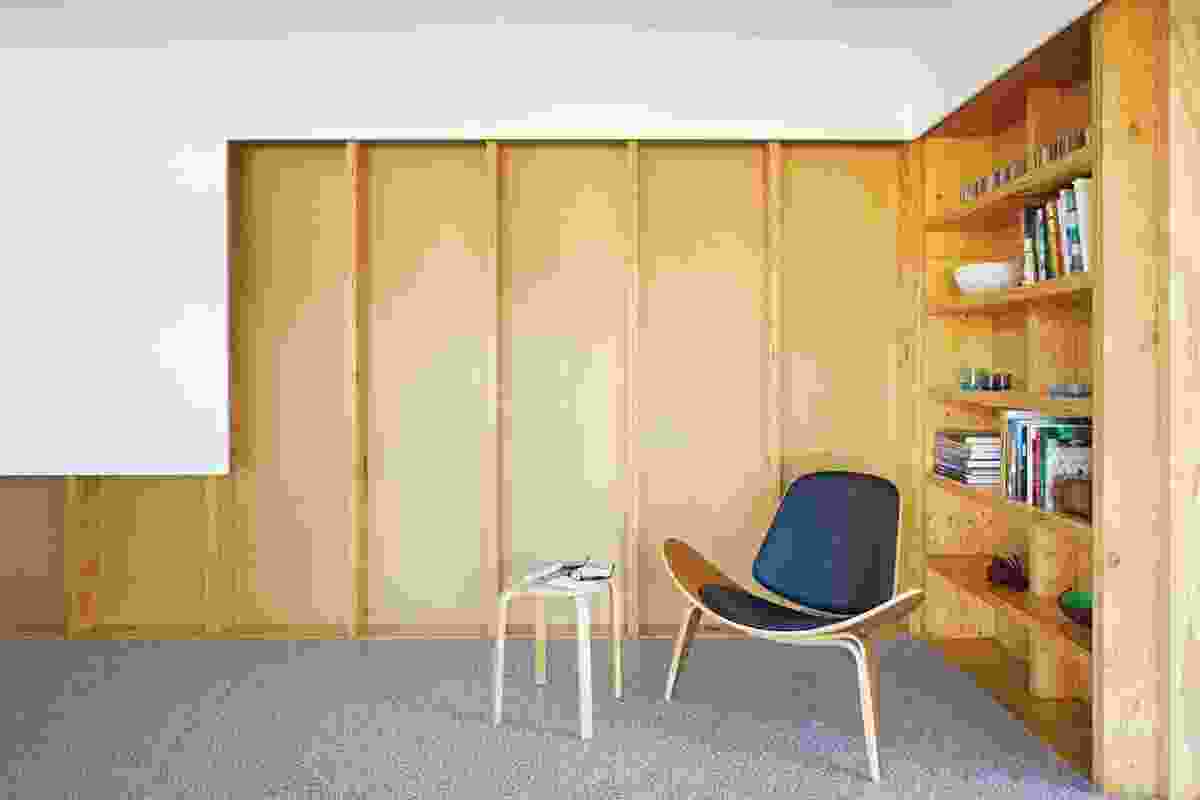 Materials and structure are expressed honestly. 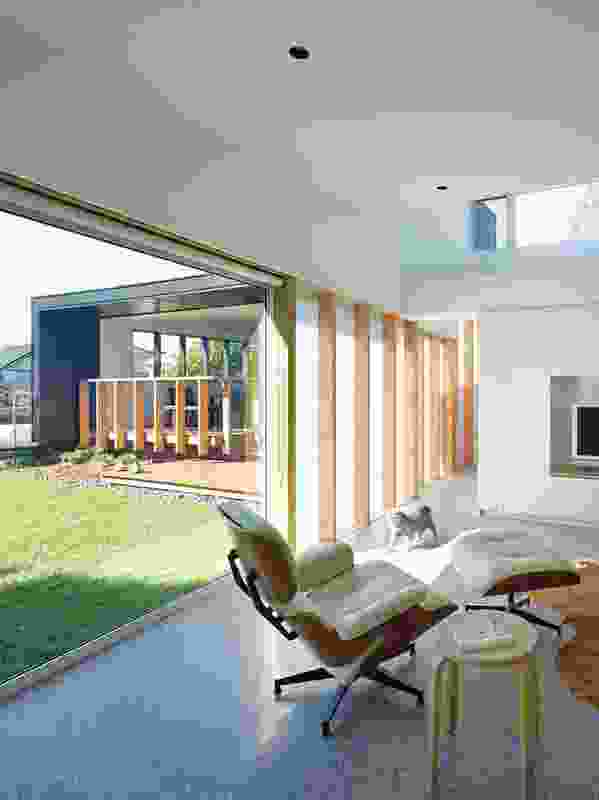 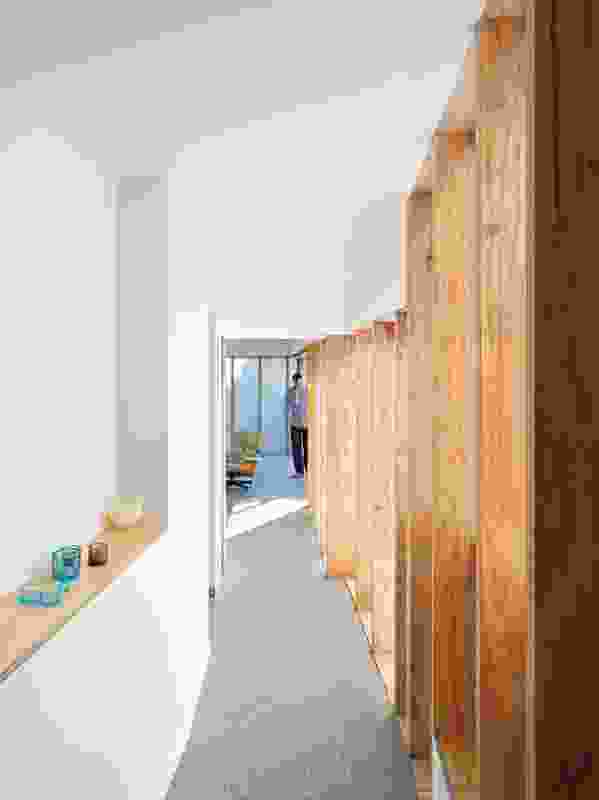 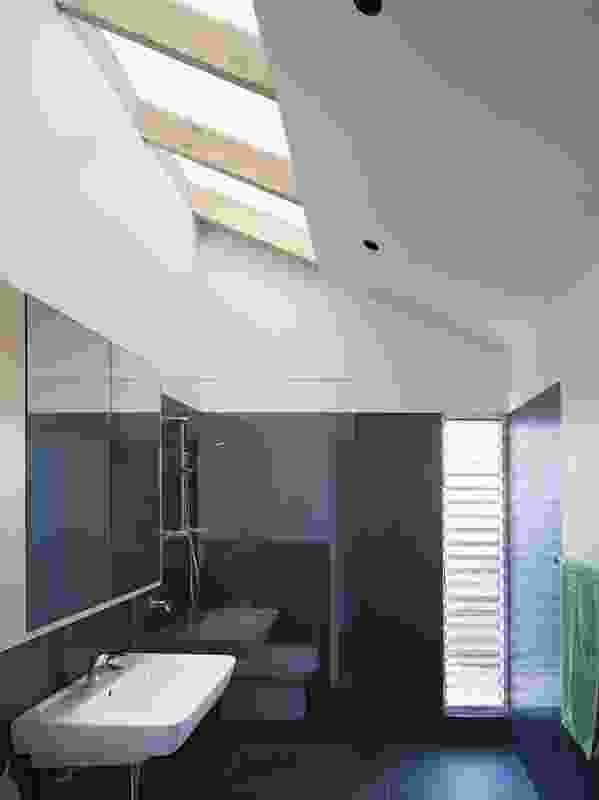 Natural light is important even in the bathroom.