The stage one development application, which outlined building envelopes, was approved in June 2014.

The most significant building for the precinct will be a 49-storey office tower for AMP Capital at 50 Bridge Street designed by 3XN with Australian practice BVN. 3XN was named the winner of an international design competition in September 2014.

The design of the tower is made up of five multi-storey blocks, stacked on top of one another and rotating at different angles to enhance views towards the Opera House and the harbour and to help shield the building from the harsh sun. The lower volume is oriented west to capture the energy of the surrounding neighbourhood and engage in an open dialogue with the street.

Each block includes a central atrium, breaking down the mass of the internal volumes to make the spaces more intimate and social and encourage connectivity and interaction in the workspaces. The atria are connected throughout to external terraces created by the shifting blocks, which draw in valuable daylight.

The development also includes a collection of buildings by Australian practices.

33 Alfred Street by JPW – AMP’s existing modernist tower at 33 Alfred Street, originally designed by Peddle Thorp Walker in 1962, will be given a new interface with the proposed 50 Bridge Street tower to its south. JPW’s design includes reinstating the southern facade and creating a new plaza between the two buildings.

2-10 Lotus Street by Make Architecture – a mixed use building with 31 apartments over six levels and two levels of retail at the base. The building will be clad in steel grey bricks in contrast to the sandstone of the surrounding buildings in Sydney’s CBD.

16-20 Loftus Street by Silvester Fuller – a mixed use building with 40 apartments over 12 levels including a two-level base of commercial and retail spaces. The mass of the building reduces incrementally towards the top with volumes subtracted to create terraces and balconies. The building will be clad in brick in a similar material language to its neighbours.

9-17 Young Street by SJB – a mixed use building with eight levels of apartments and three levels of office spaces as well as retail and hospitality at the street level. Again, in contrast to the masonry buildings of the area, the design proposes deep reflective window reveals above the commercial facade.

Hinchcliffe House by Carter Williamson – an existing heritage wool store will be transformed into a new retail building with a design that “draws on past, present and future stories.” It will also include a hidden bar in the basement accessed via a former fire door.

In addition to the building works, the public domain of the precinct will be designed by Aspect Studios.

Construction on the buildings is expected to commence in 2018. The development forms part of a multi-billion-dollar renewal of the Sydney CBD precinct. It includes a $1 billion development on the site of the former Gold Fields House with a 57-storey residential tower designed by Kerry Hill Architects; redevelopments of 174-176 George Street and 33-35 Pitt Street, both by Lend Lease; and a $200 million plan to revamp Circular Quay wharves from the NSW state government. 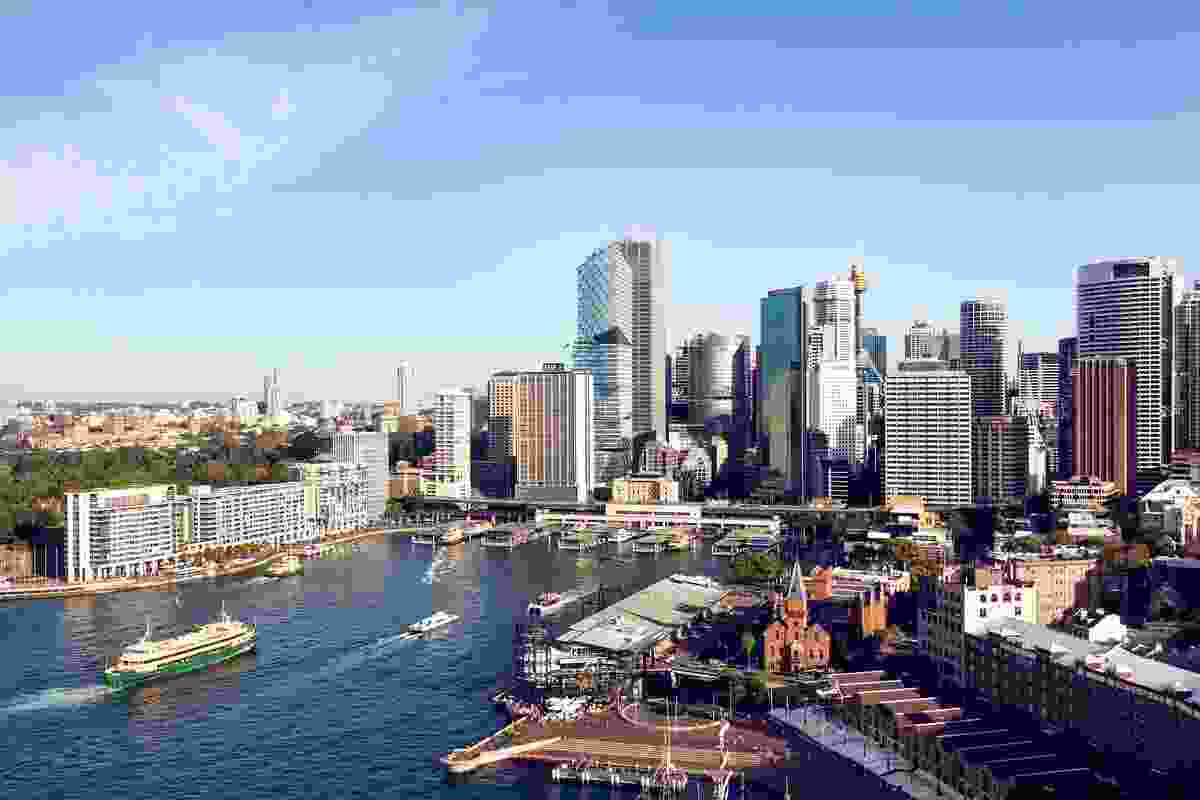 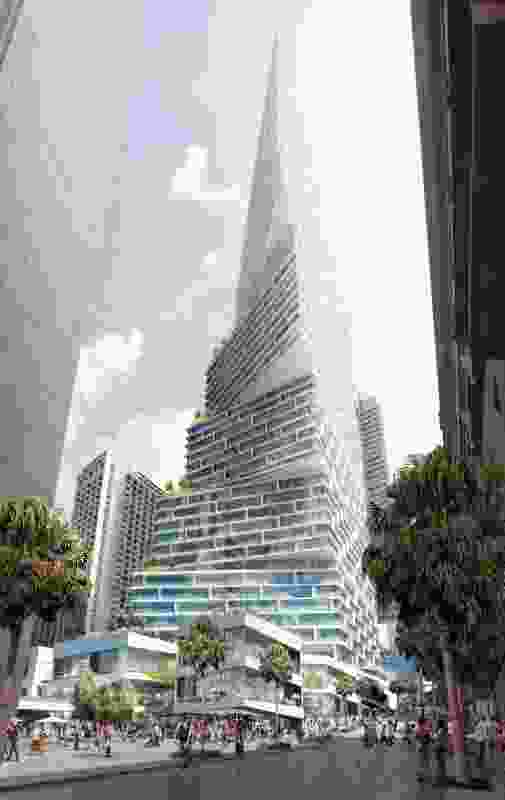 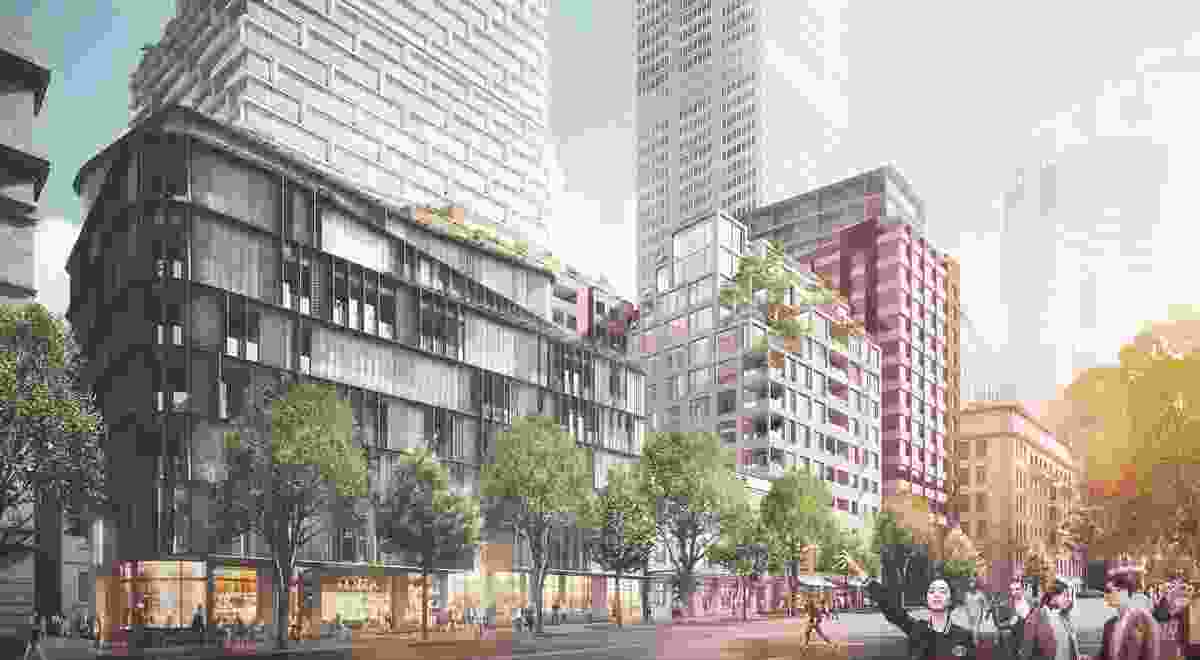 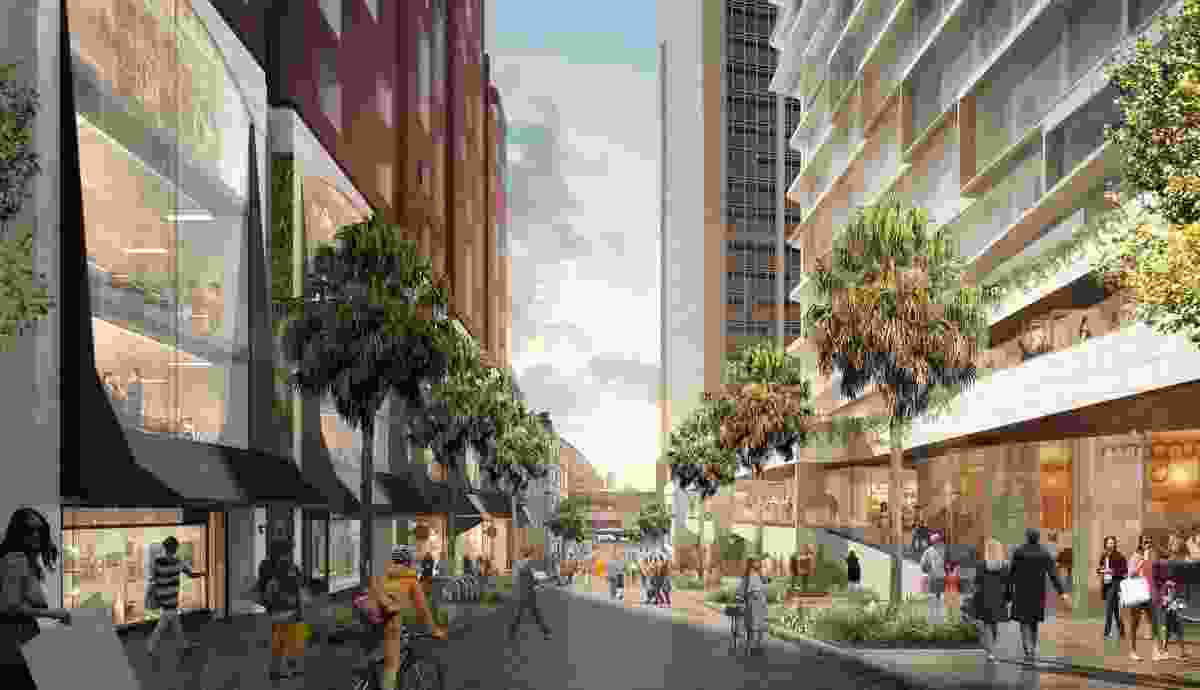 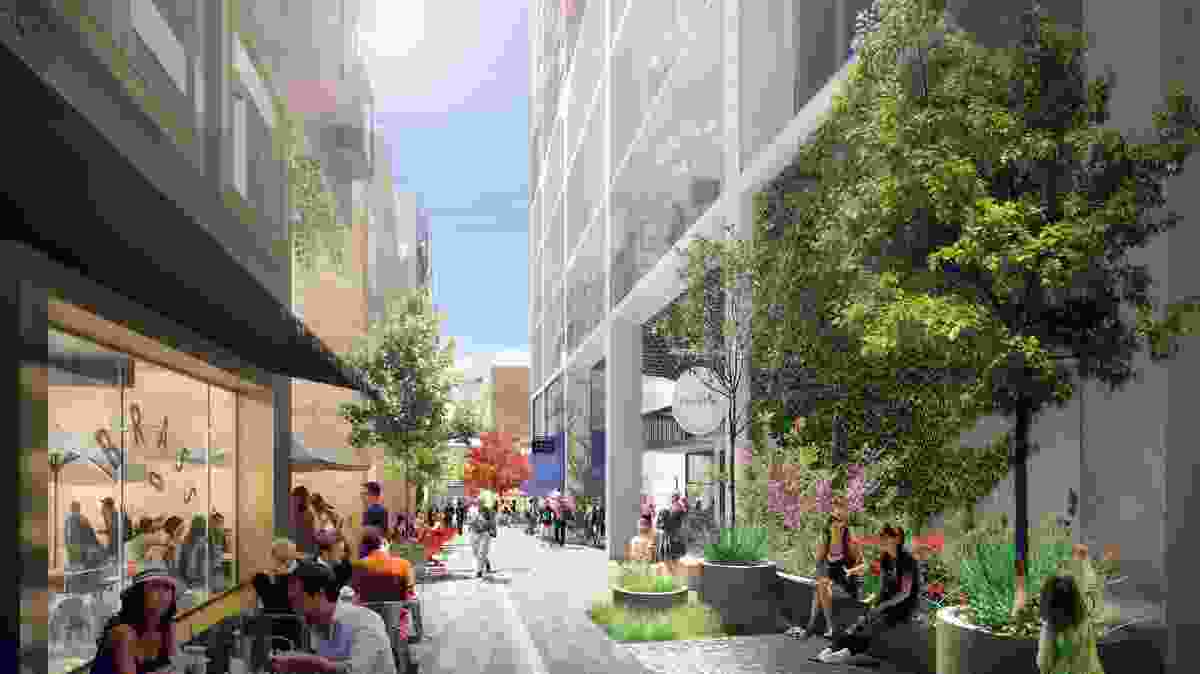