Competition jurors vote for an overhead plaza and urban living room as the winning scheme for Sydney’s Green Square Library and Plaza.

Their proposal for an urban living room with activities distributed across a field of indoor and outdoor spaces, and a sunken recreational garden was unanimously selected by the jury, whose chair, John Denton, reported: “While another design might have been a great library for today, the winning design represented a great library for the future.”

“It was the only scheme to challenge the notion of placing a building in the Plaza, managing to put forward a strong argument for placing the Plaza over the Library, thereby providing both a building and a suitably scaled urban plaza for the future developments around the site, becoming a beacon and an oasis for the whole Green Square community. The jury responded positively to how this scheme would maximise the opportunity for sunlight into the entire Plaza area.” 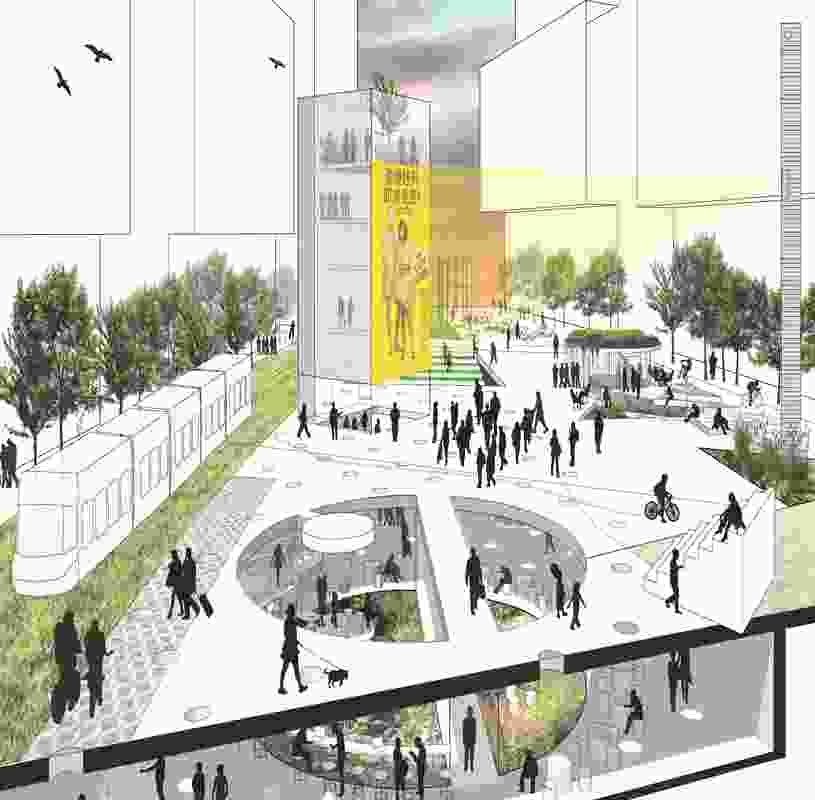 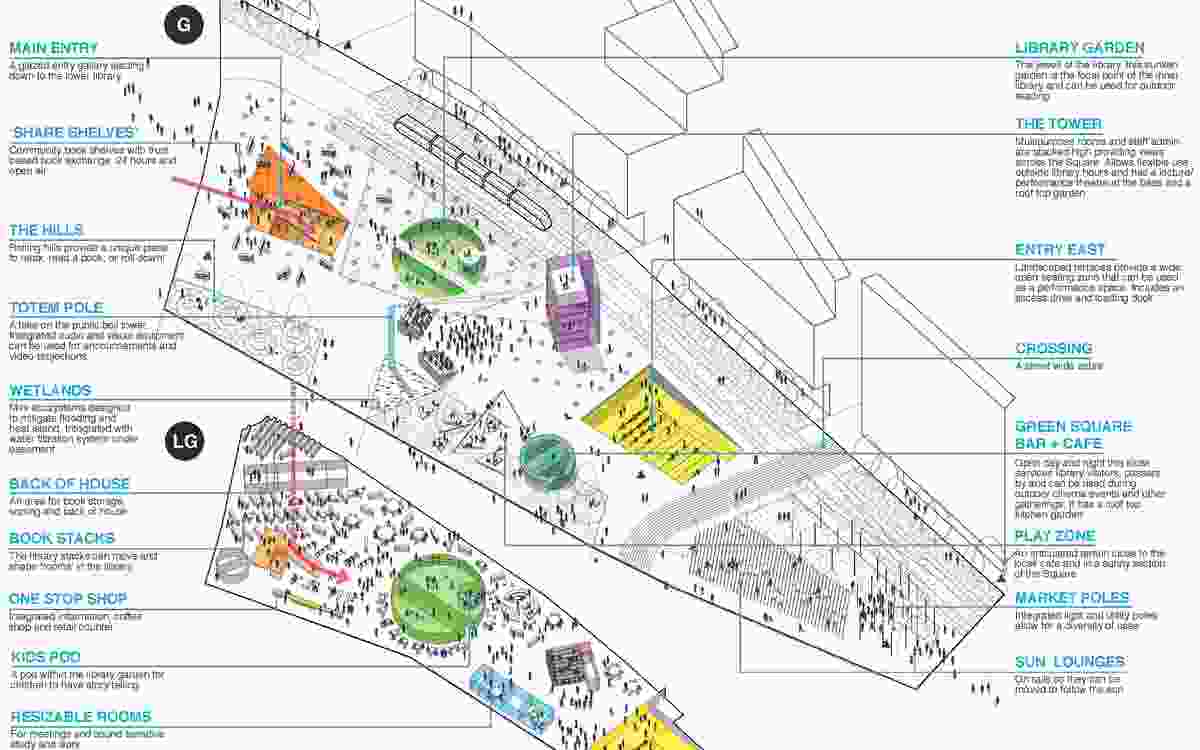 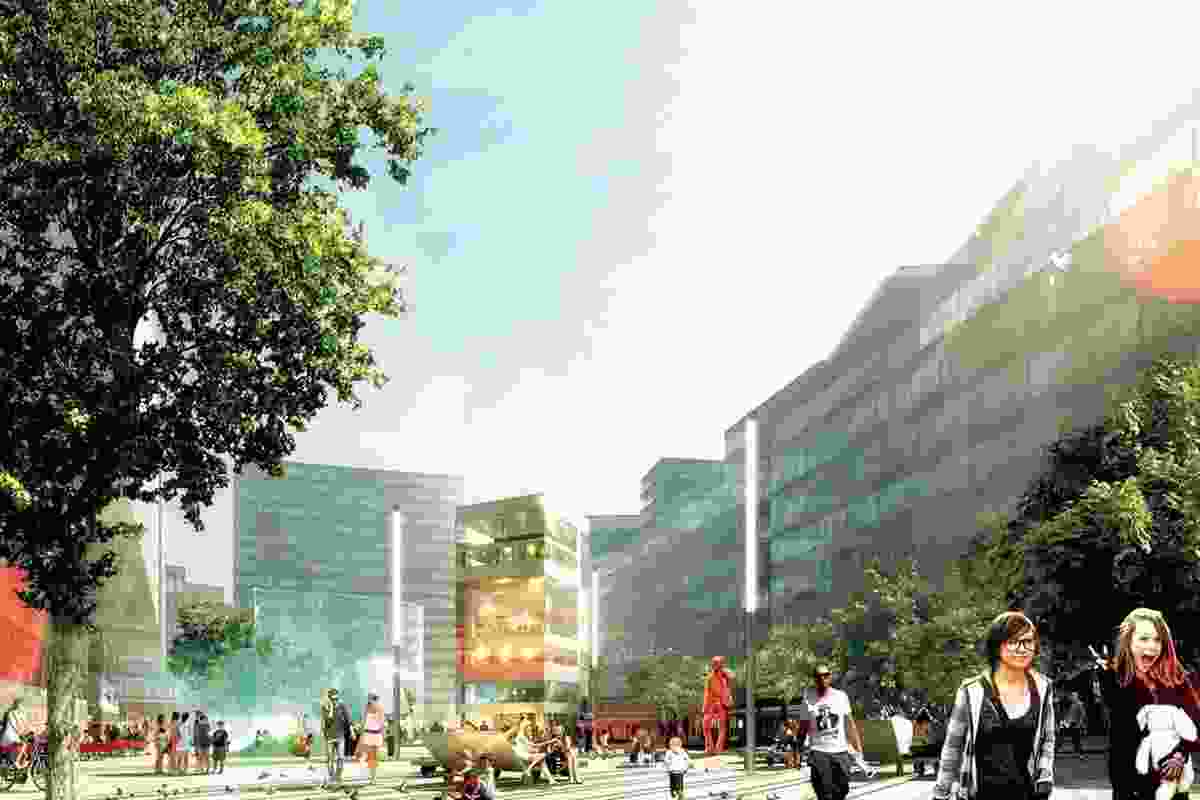 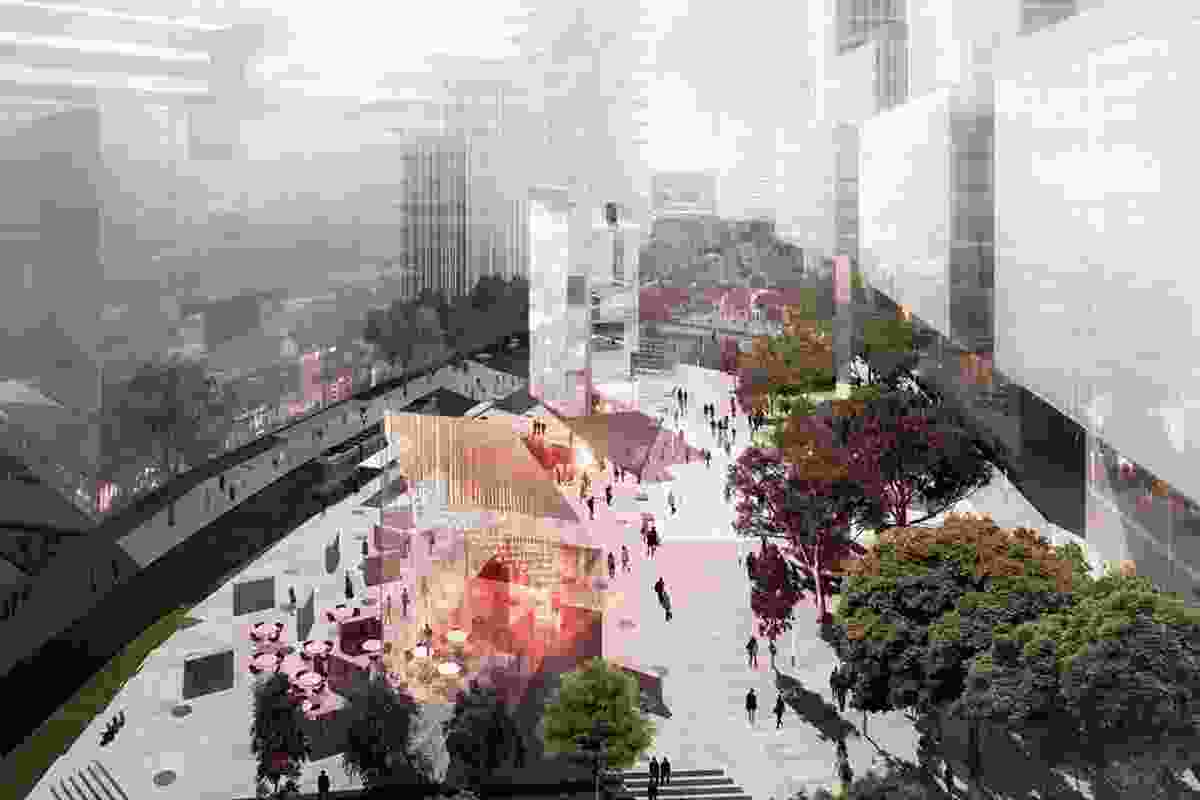 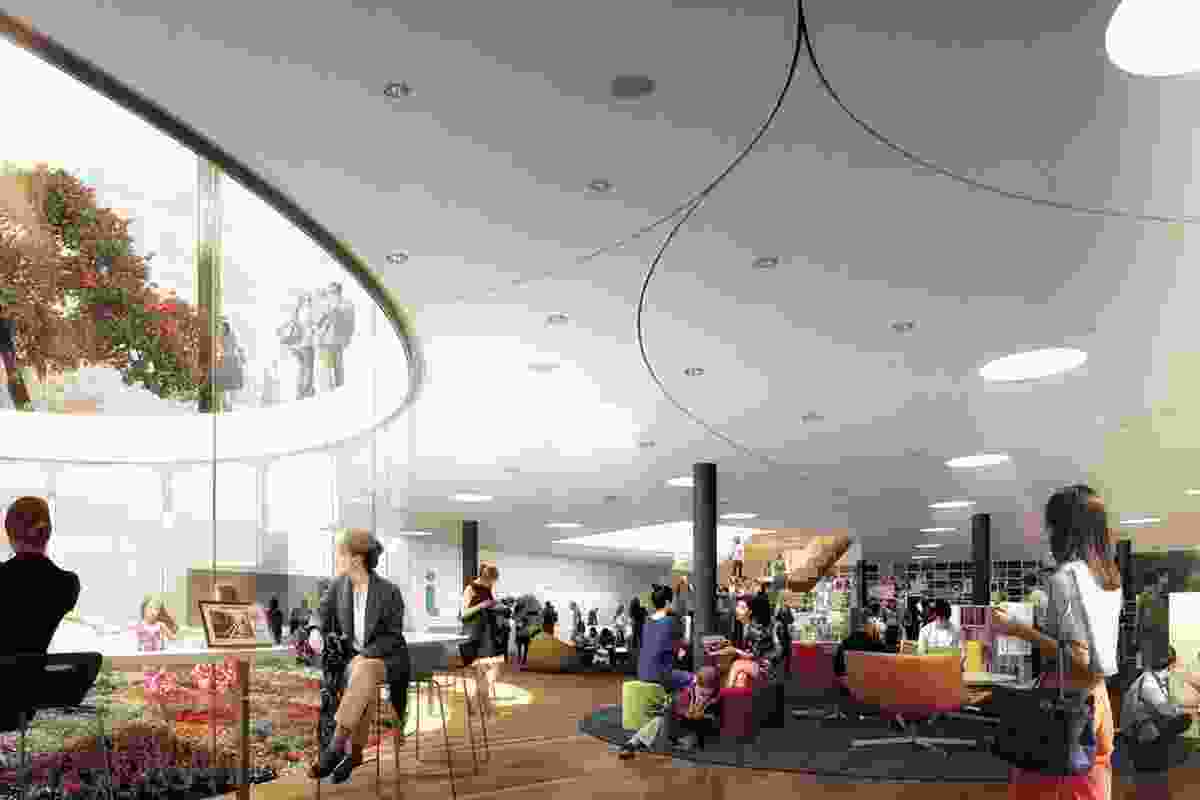 Internal view of library with entry and reception behind from the Stewart Hollenstein + Colin Stewart Architects winning scheme. 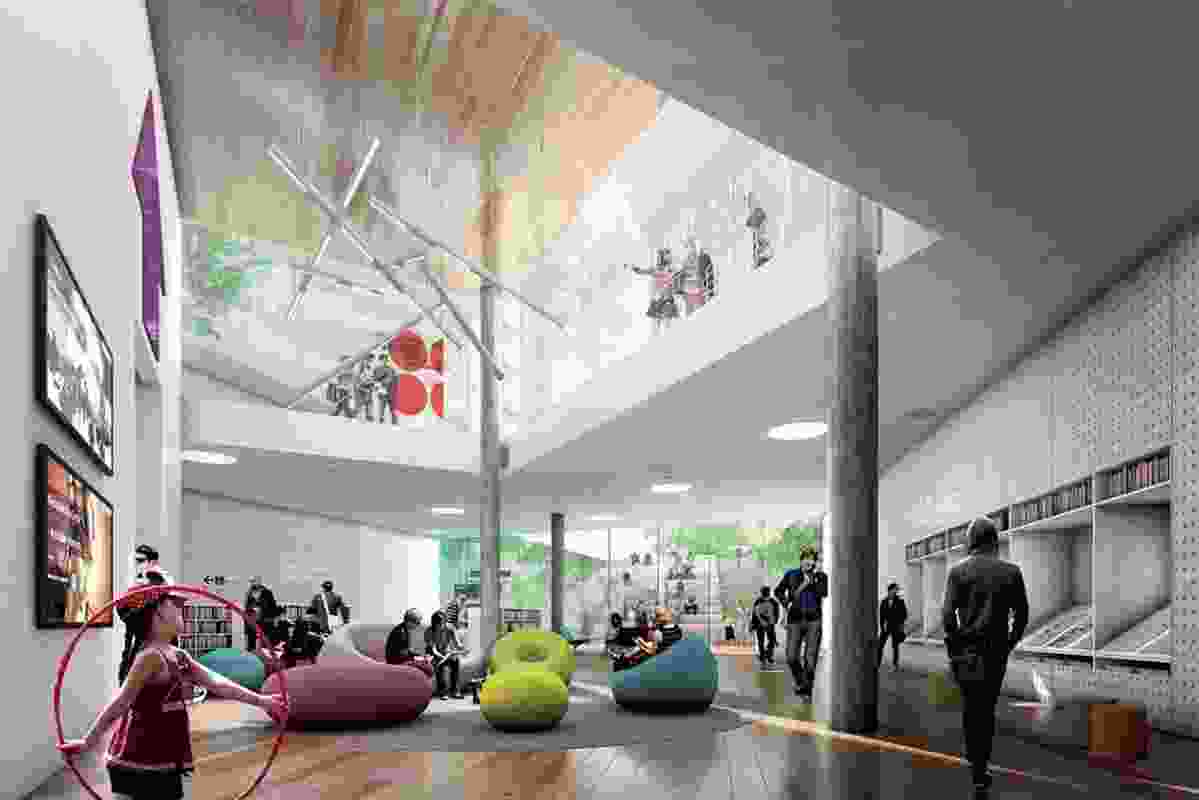 View from under tower with open-air amphitheatre beyond from the Stewart Hollenstein + Colin Stewart Architects scheme. 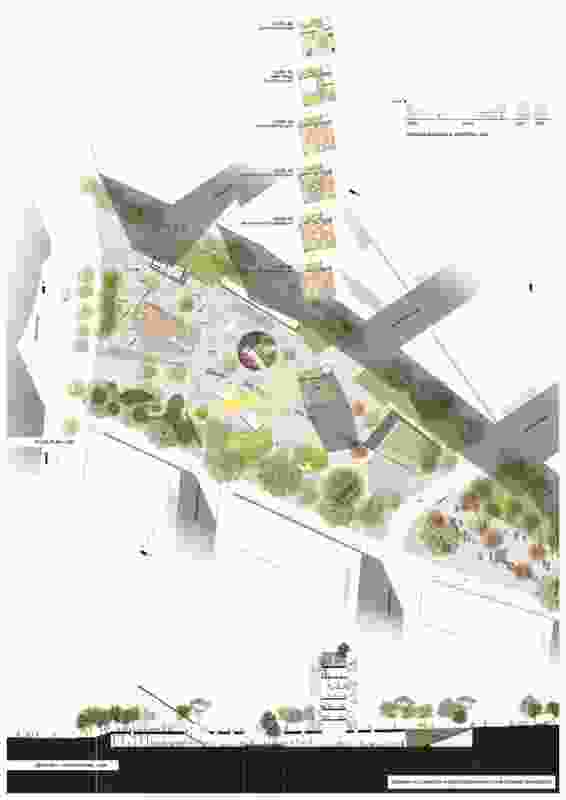