UK-based research has found that heatwaves in polluted urban areas could render exterior green walls a risk to human health.

A study has found that exterior green walls on buildings in hot, polluted environments could have a negative impact on indoor air quality.

The study was conducted by researchers from the University of York in the UK, who discovered that plants in polluted urban environments can emit volatile organic compounds (VOCs) during heatwaves.

The study, which took place in Athens, Milan and Helsinki during summers in 2003 and 2009, focussed on the presence of ultrafine particles (UFPs), which have the capacity to carry toxins into human lungs. Athens and Milan were expected to have the highest level of UFPs due to the presence of air pollution, however, in both cities the levels were higher than predicted.

The researchers found that the higher levels of the UFPs were due to the high concentrations of reactive volatile organic compounds (VOCs) emitted by plants and trees near the buildings. Many office buildings filter air coming from outside, and the study showed that in heatwave conditions in cities with air pollution, greenery near air inlets reduced the effectiveness of air filtration and led to higher levels of the harmful particles inside offices.

The study linked the findings to the growing popularity of green walls, and the university’s Environment Department professor Dr Nicola Carsaw said the research indicated that efforts need to be made to look at the maintenance of safe air pollutant levels in indoor environments during heatwaves.

“Although significant attention is paid to the role of outdoor air pollution and its adverse impact on health, little thought is given to indoor air quality even though in developed countries we spend 90 percent of our time indoors,” she said.

“If we want to fully understand our exposure to air pollution, it is crucial to understand the processes that lead to exposure to pollutants indoors, whether in the office or in our homes.”

“This has important implications for indoor air quality, particularly given the current trend for green walls on buildings, which could provide a potential source of biogenic emissions near to air inlet systems. Whilst no doubt visually arresting and aesthetically pleasing to many, such features may inadvertently introduce a problem for indoor air quality in city centre offices in hot, polluted locations,” Dr Carsaw continued. 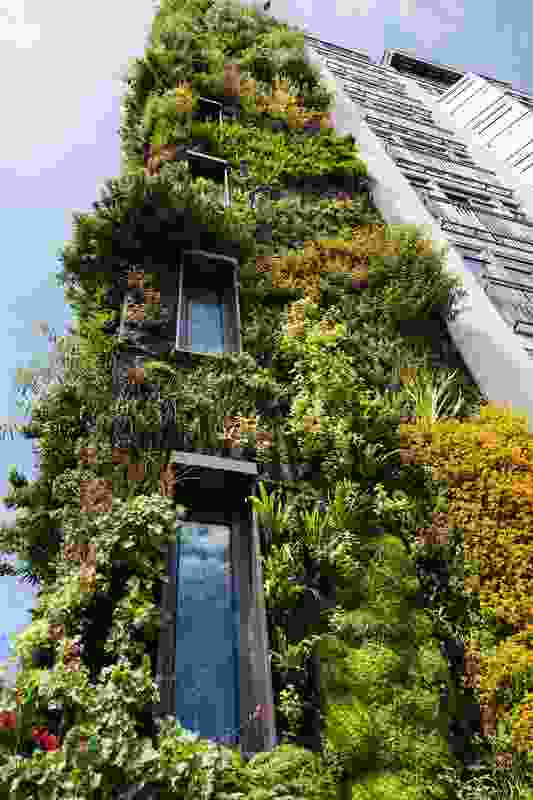 UK-based research has found that heatwaves in polluted urban areas could render exterior green walls a risk to human health.