Melbourne councillors will consider a proposal for a mixed-use tower at the site of the former Sands and McDougall factory and warehouse in West Melbourne on 3 September.

Designed by local firm Hachem, the $56 million tower would comprise a 190-room hotel, office space and a range of hospitality and retail tenancies. The project would also see the partial demolition of the existing heritage buildings.

Characterized by a uniform terracotta hue expressed through a coloured-metal grid, the tower steps in progressively at its base to provide “breathing space” between it and the heritage buildings.

The proposal comes before the Future Melbourne Committee after the applicant lodged an appeal with the Victorian Civil and Administrative Tribunal (VCAT) over the failure of the Minister for Planning to grant a planning permit within the prescribed time.

Council management is recommending that councillors support the proposal. “Broadly it is considered that the proposal is highly responsive to the heritage context, and will ensure the retention, ongoing protection and adaptive re-use of the significant heritage places,” the report to the Future Melbourne Committee states.

“The development will ensure the Sands and McDougall Historic Precinct remains intact, with breathing space from tall built form and continues to inform the strong industrial brick heritage character of the Flagstaff Precinct.”

There are three individual heritage-listed buildings at the site: a two-storey brick industrial building with hipped roof and double gabled façade, which has “D-grade” heritage significance, and the manufactory and warehouse of the Sands and McDougall complex, which are both “A-grade” heritage buildings.

Sands and McDougall was a publishing house known for its annual directories for Melbourne, Sydney and Adelaide. The first Melbourne directory was published by the company, then known as Sands and Kenny, in 1857.

The company’s West Melbourne Manufactory at 355-369 Spencer Street, constructed in 1888 to the design of Thomas Watts and Sons, presents prominently to the intersection of Spencer Street and Jeffcott Street as a grand, six-storey factory building in red brick with stucco detailing. The adjacent warehouse was constructed in 1900 in a comparable but simpler style.

Hachem’s proposal envisions the partial demolition of the D-graded heritage building at 102-108 Jeffcott Street and development of the site for the 23-storey hotel tower. A bridge connection would be built over McDougall Lane, connecting Level 4 of the tower with the Sands and McDougall manufactory building.

The proposal also calls for partial demolition of the Sands and McDougall buildings, with Level 3 of the manufactory to be developed for a proposed tavern which would extend out to the rooftop of the warehouse.

The full report to the Future Melbourne Committee can be viewed here. 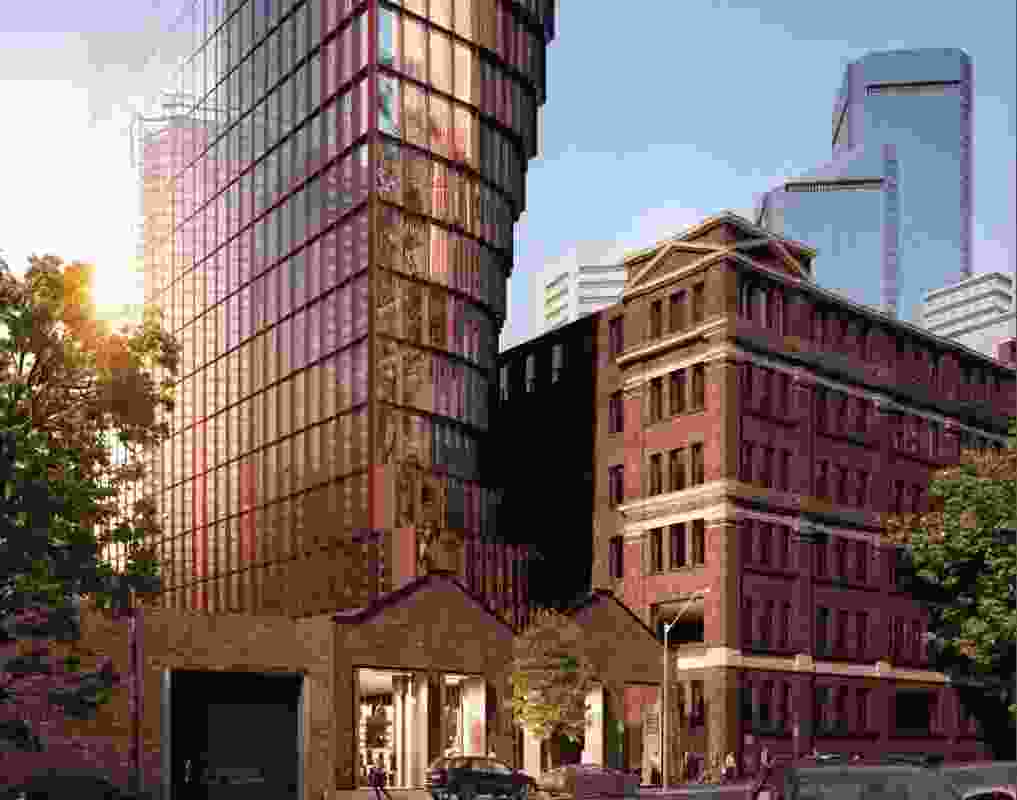 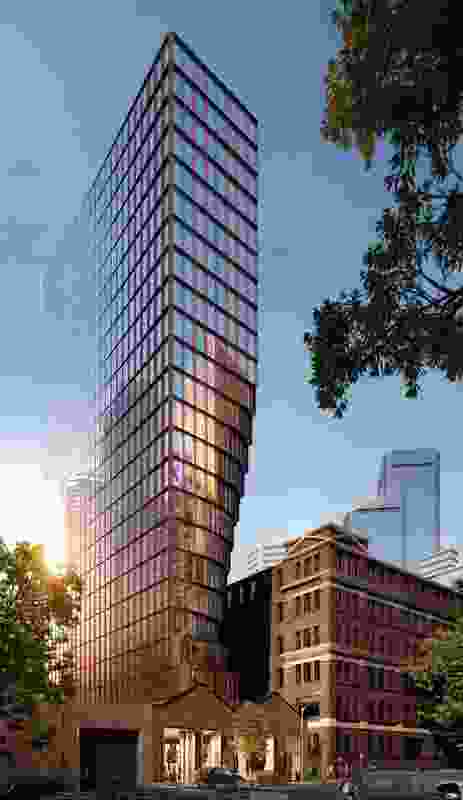 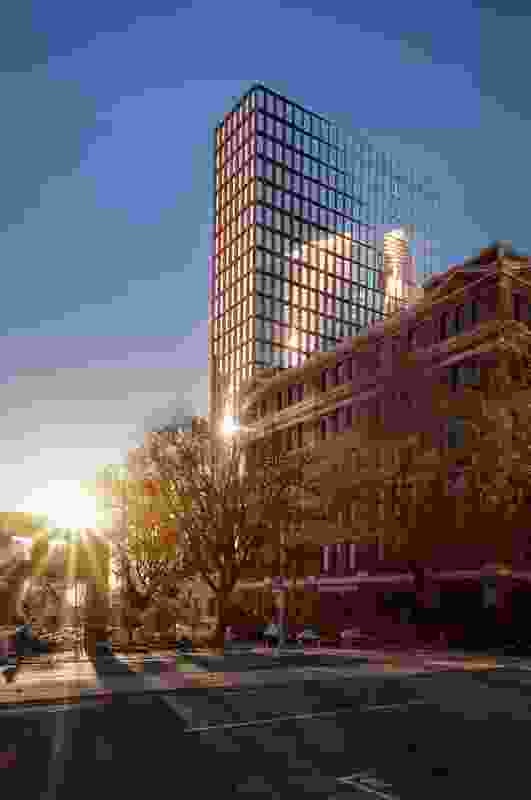