The proposed refurbishment of the Australian Museum by Hames Sharley and Neeson Murcutt.

The Australian Museum in Sydney will undergo a $57.5 million refurbishment to expand its exhibition spaces.

The museum has submitted a state significant development application for the project with drawings prepared by Hames Sharley and Neeson Murcutt. However, an architect has not yet been appointed for the project.

The project will also extend the museum’s entrance pavilion, the Crystal Hall, designed by Neeson Murcutt and Joseph Grech and completed in 2015.

The refurbishment will create a new dedicated group entry and bus drop-off zone off Williams Street, beneath the extended Crystal Hall.

A new members’ lounge overlooking Cook and Phillip Park and St Mary’s Cathedral and a new cafe/restaurant on level two will also be part of the project.

New dedicated education facilities will facilitate the doubling of student visitors from 50,000 to 100,000 per year. Outside, a new garden will serve as an education resource for Indigenous culture and knowledge.

The refurbishment will also remove an existing mezzanine floor at the centre of the museum to create a double-height central hall, which will act as the “heart” of the complex. Future vertical expansion of this space will create a grand atrium flanked by the heritage building that make up the Australian Museum.

“Indeed, the opening up of the heart of the museum – its atrium, flanked on three sides by sandstone – will reveal parts of these buildings that have been lost to public view for decades,” said Aldo Raadik, director of Hames Sharley in a design statement.

Kim McKay, director and CEO of the Australian Museum, said, “By expanding our exhibition space to secure international blockbusters, we’re creating new facilities and visitor amenities, allowing us to remain competitive and relevant for generations of Australians and international visitors.

The expanded exhibition spaces will designed to allow the museum to host touring exhibition, capable of accommodating 900,000 visitors over six months.

The first major exhibition, Tutankhamun: Treasures of the Golden Pharaoh, scheduled to open in early 2021. Sydney will be fifth city to take part in the 10-city world tour of the exhibition, which will mark a century since the discovery of Tutankhamun’s tomb.

The state significant development application for the project will be on exhibition for public comment until 21 November.

The refurbishment works are part of the museum’s masterplan for redevelopment, titled Barrabuwari Muru, which was prepared by Hames Sharley in 2016. The masterplan also proposed a major extension at the museum’s eastern quarter, on the corner of William and Yurong streets.

Opened in 1857, the Australian Museum is the country’s first public museum. The original building, the Lewis wing on William Street, was designed by the NSW Colonial Architect Mortimer Lewis. 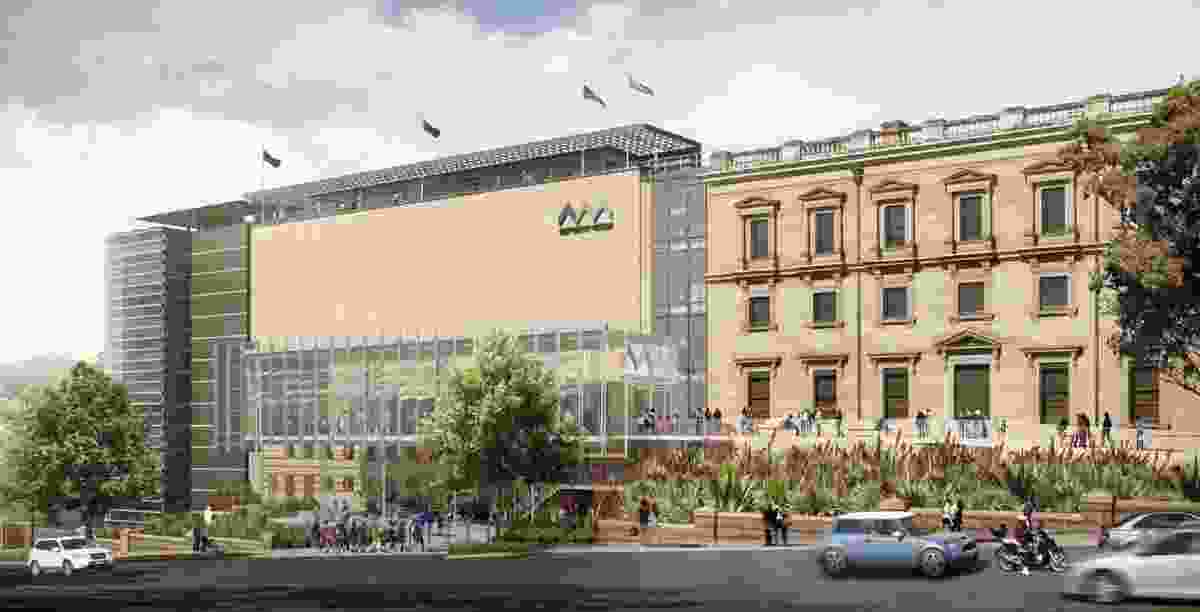 The proposed refurbishment of the Australian Museum by Hames Sharley and Neeson Murcutt. 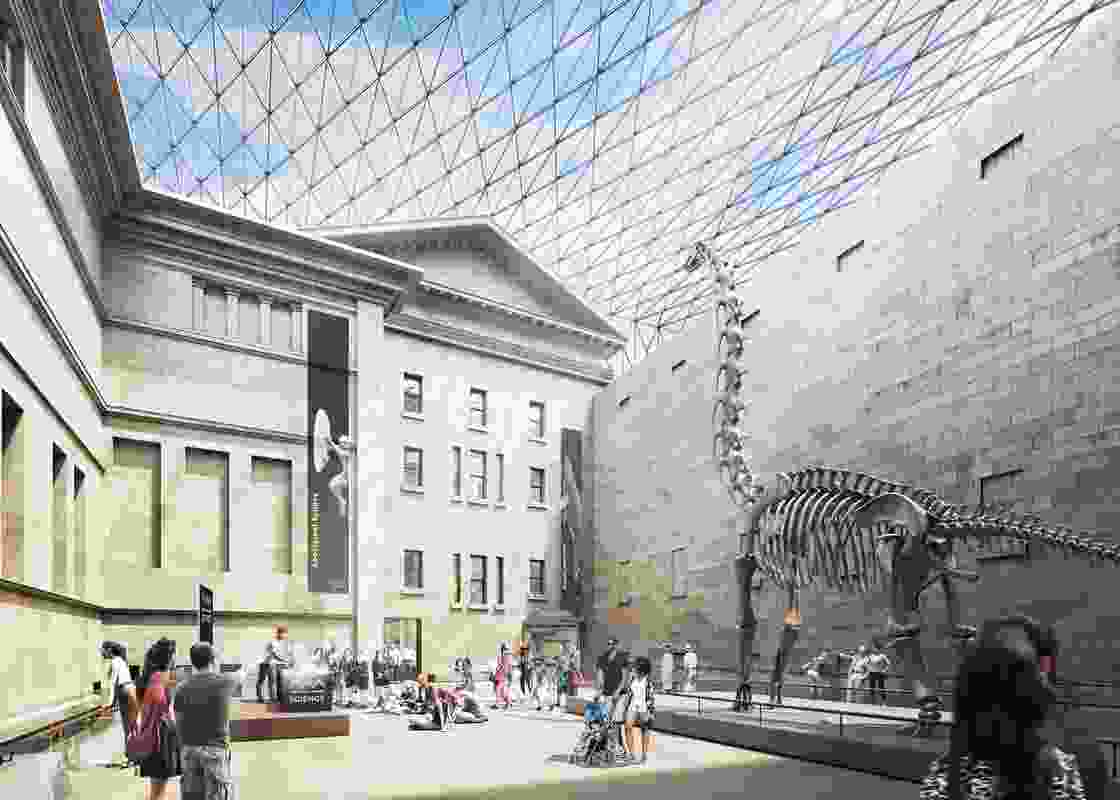 A future grand hall at the centre of the museum, part of the 2016 masterplan prepared by Hames Sharley. 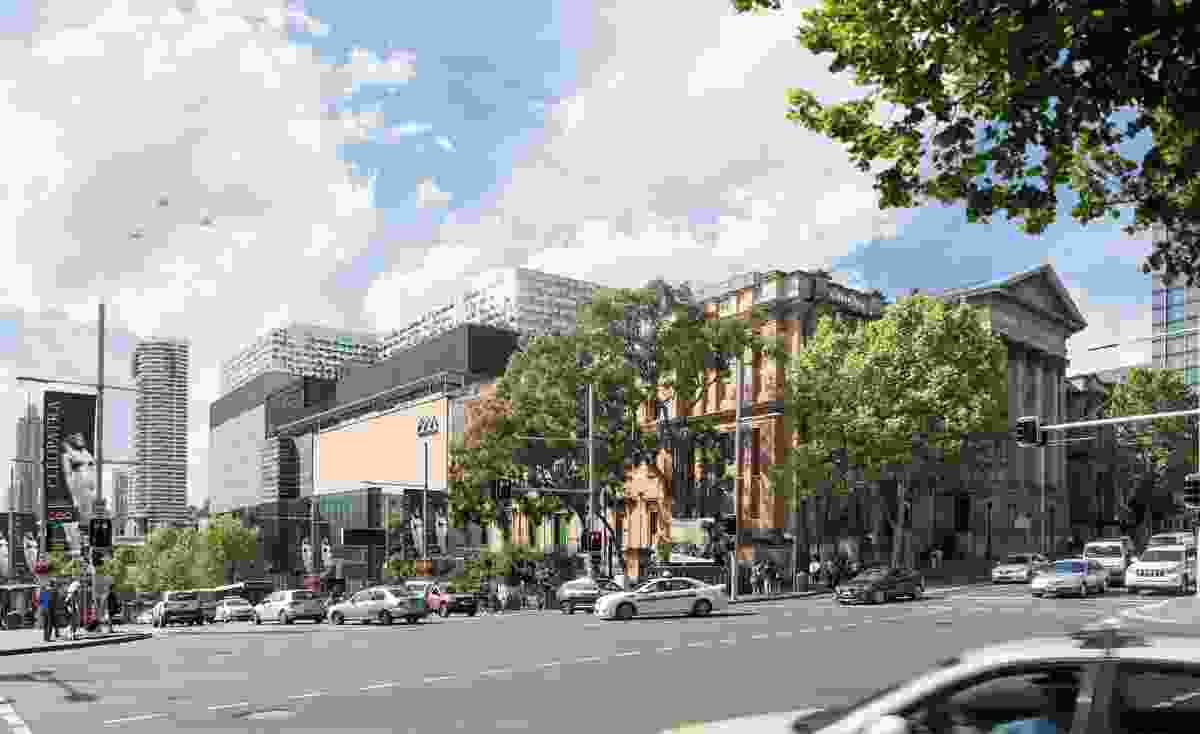 A future major extension at the museum’s eastern quarter, part of the 2016 masterplan prepared by Hames Sharley.