A proposal for a slender, 30-storey tower atop a heritage building in central Brisbane, designed by Hames Sharley, has been approved.

The planned tower will be just 9.5 metres wide, and will sprout from the 138-year-old Grosvenor Hotel on George Street. The tower will contain 9,100 square metres of office space, with three levels containing restaurants, 17 carparks and a number of apartments. The elevator core will be located on the site’s western boundary, and the tower will be topped with a rooftop bar.

Jason Preston, principal of Hames Sharley, said, “There is also an expansive 400 square metre city room and garden on level 14 for tenants to enjoy, which is becoming a normal integrated part of key CBD developments since the inception of [Brisbane City Council’s] Buildings that Breathe guide.”

The façade of the Grosvenor Hotel will be retained at the base of the tower. Much of the interior of the hotel was removed in the 1980s. Until January 2019, the Grosvenor was occupied by a strip club.

“There is existing original brick work, which has been covered in plaster during one of the past renovations,” Preston said. “We are proposing to peel back the layers of render to expose the original brick work internally in the lobby.”

Preston said that he believed that the tower would be the narrowest building of its height in Brisbane, and that this necessitated a number of architectural solutions.

“Given the building’s four lifts are designed as a ‘side core’ to the west boundary wall, a building of this kind will twist and sway differently to a traditional tower, which is usually anchored by a number of central lifts, stair cores and a larger floor plate,” he said.

“Working closely in collaboration with Currie and Brown and ADG, we proposed a hybrid ‘exo-skeleton’ bracing system for the building, both as a structural necessity and to visually anchor the building, whilst retaining a typical continuous glazed curtain wall as the external skin.” 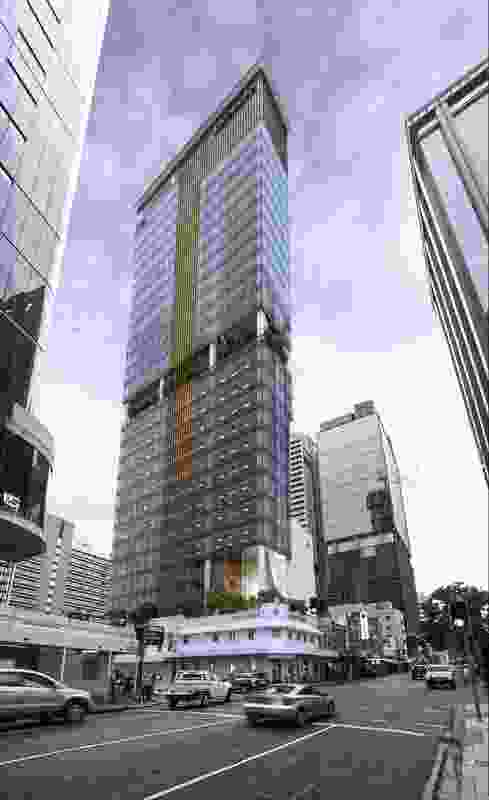 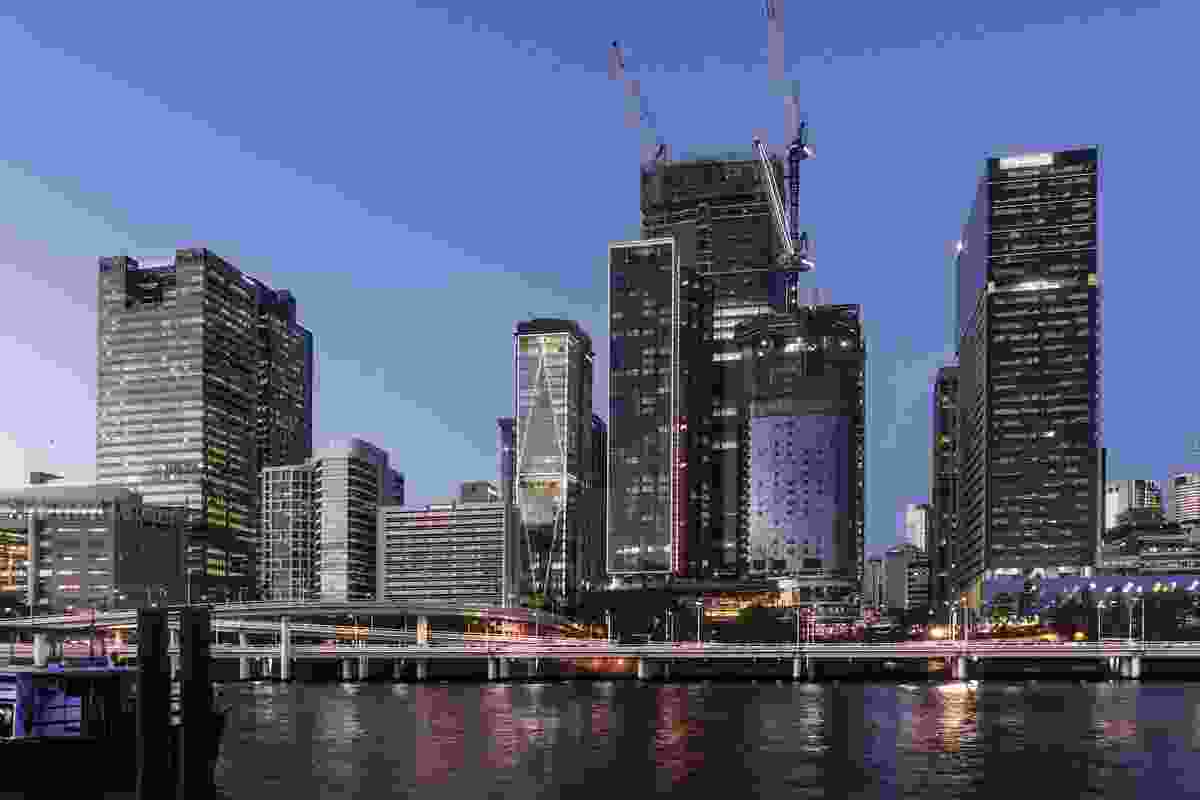 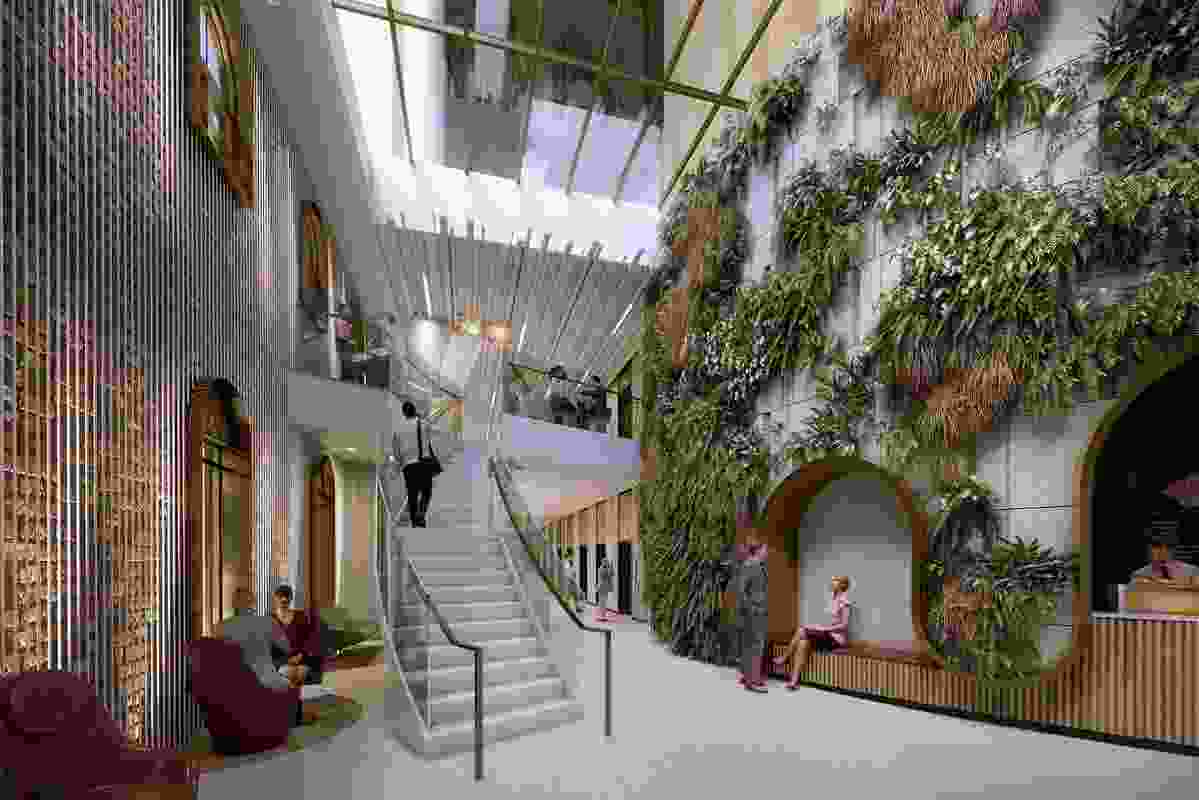