Walk the Line by Hassell, of Melbourne.

The groups, who were chosen from sixty-seven entries from around the world, installed hopscotch pitches, washing lines, waterfalls, garden walls and mini agricultural plots in a bid to bring the spaces back to life.

The competition is an initiative of the NSW chapter of the Australian Institute of Landscape Architects (AILA) and called for entrants to “reimagine spaces in the City of Sydney as dynamic, innovative and sustainable temporary public places.” The winning proposals, selected by a jury, were then installed throughout the CBD.

Hassell’s concept Walk the Line, by Timothy Muhlebach, Stephen Tan, Pe Yang Teng and Gerhana Waty, is a path that connects all the Street Works spaces, and turns into a game in selected areas. Street corners have been turned into hopscotch pitches, bat tennis courts and marbles fields, while stairs have been transformed into waterfalls and road crossings are arcade games. The concept responds to cultural changes over the past few decades.

Jess Miley’s entry, Sydney! There’s something I’ve been meaning to tell you, marked the beginning of the walk at the Customs House forecourt. Consisting of a pop-up outdoors laundromat complete with washing machines and Hills hoist, the work encourages people to anonymously write down their secrets or “dirty laundry” on napkins, which are then hung out for public airing.

Green is Gold, at Barrack Street, Sydney, was designed by a student team from the University of NSW and draws awareness to the wasteful consumption of non-recyclable coffee cups by inviting the public to reuse them as pots in a green wall of planted herbs.

Beerline from Barley to the Bottle, developed by Delia Ngay, Luke Wolstencroft and Glenn McIntosh, references the brewery and grain industries that once contributed to the streetlife of Haymarket, reproducing in miniature the agricultural and manufacturing processes involved in the creation of beer.

Kristi Park’s Urban Waterfall at Redfern Street, Redfern, comprised long streams of moving flagging tape highlighted by solar-powered spotlights. It was designed to provoke a sense of awareness about the urban setting and to suggest transformation through the constant movements of wind, colour, light and shadow within the installation.

Urban Waterfall and Sydney! There’s something I’ve been meaning to tell you closed at the end of the Sydney Architecture Festival. Walk the Line, Green is Gold and Beerline from Barley to the Bottle will be in place until January 2012. 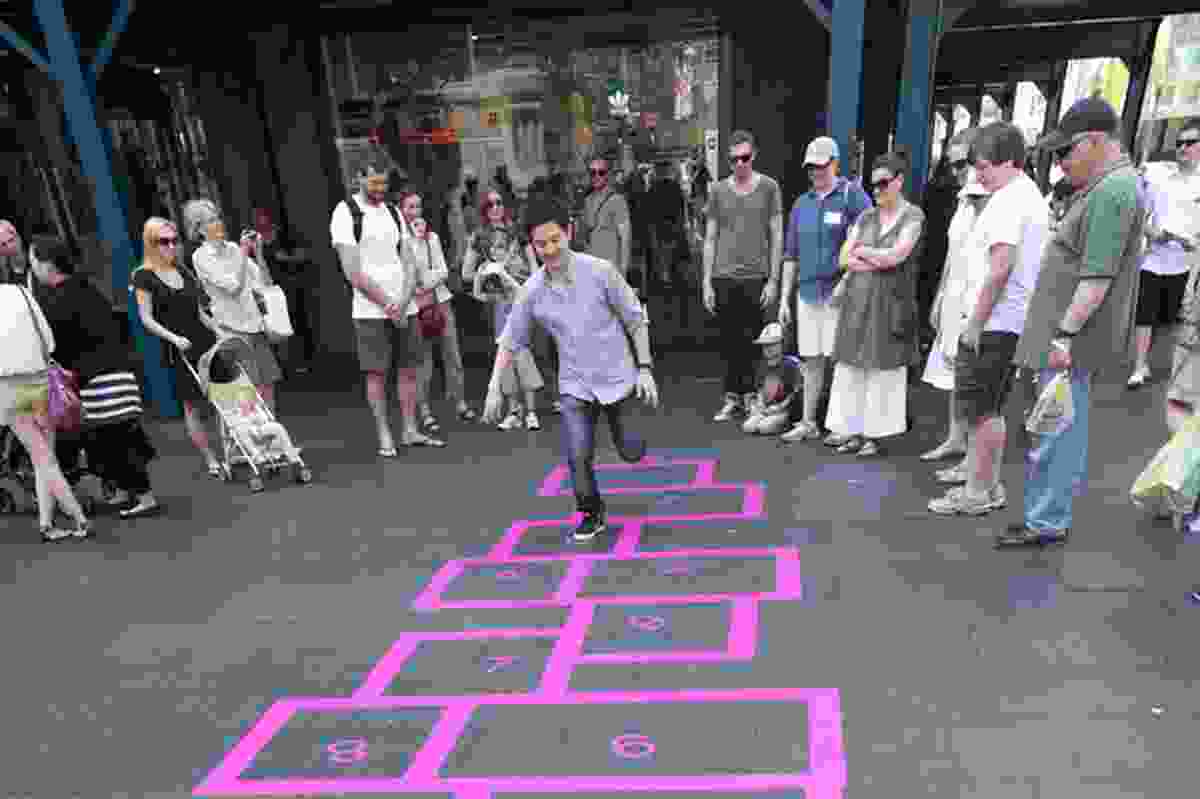 Walk the Line by Hassell, of Melbourne. 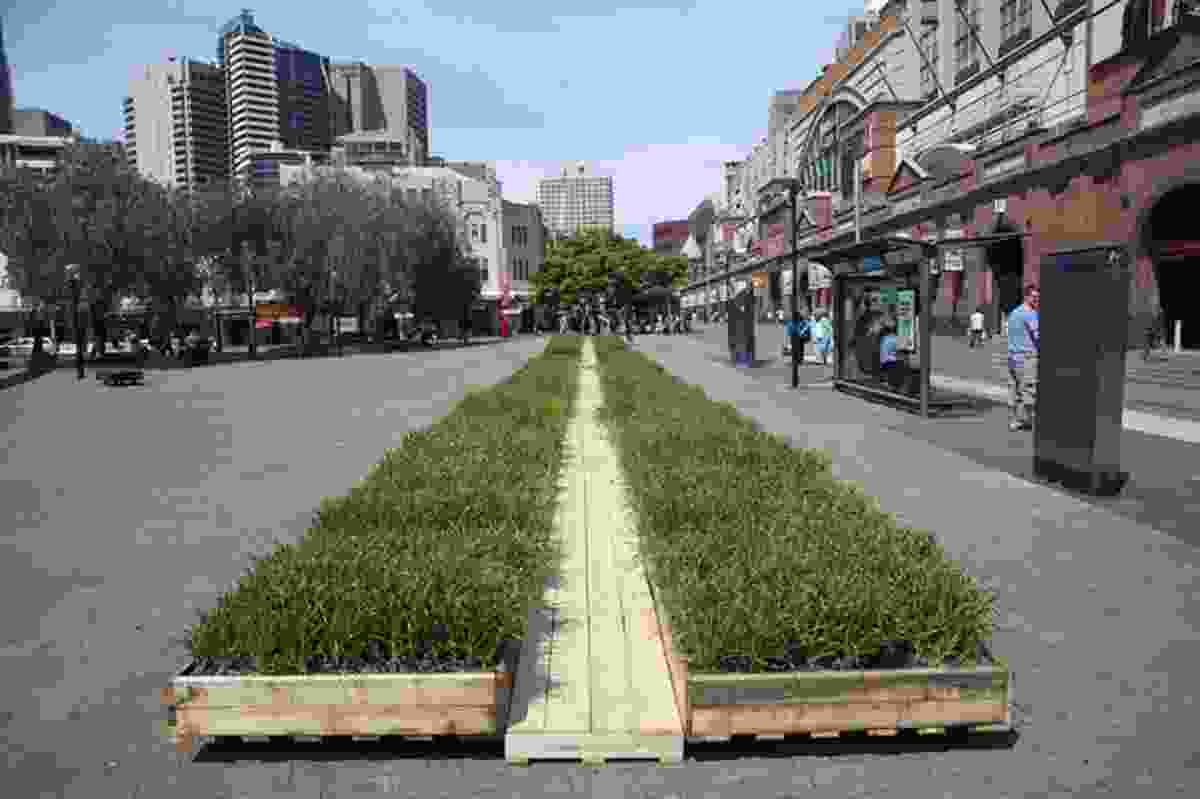 Beerline From Barley to the Bottle by Glenn McIntosh, Delia Ngay and Luke Wolstencroft, of Sydney. 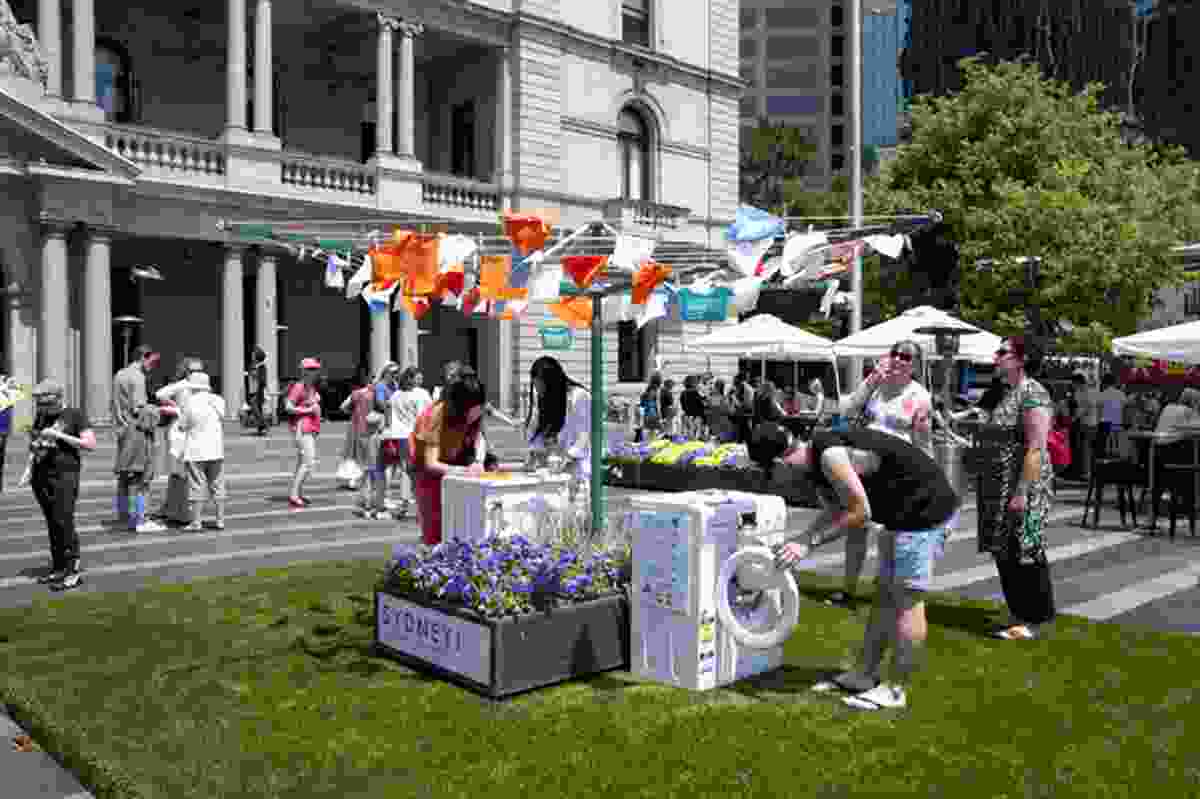 Sydney! There’s something I’ve been meaning to tell you by Jess Miley, of Adelaide. 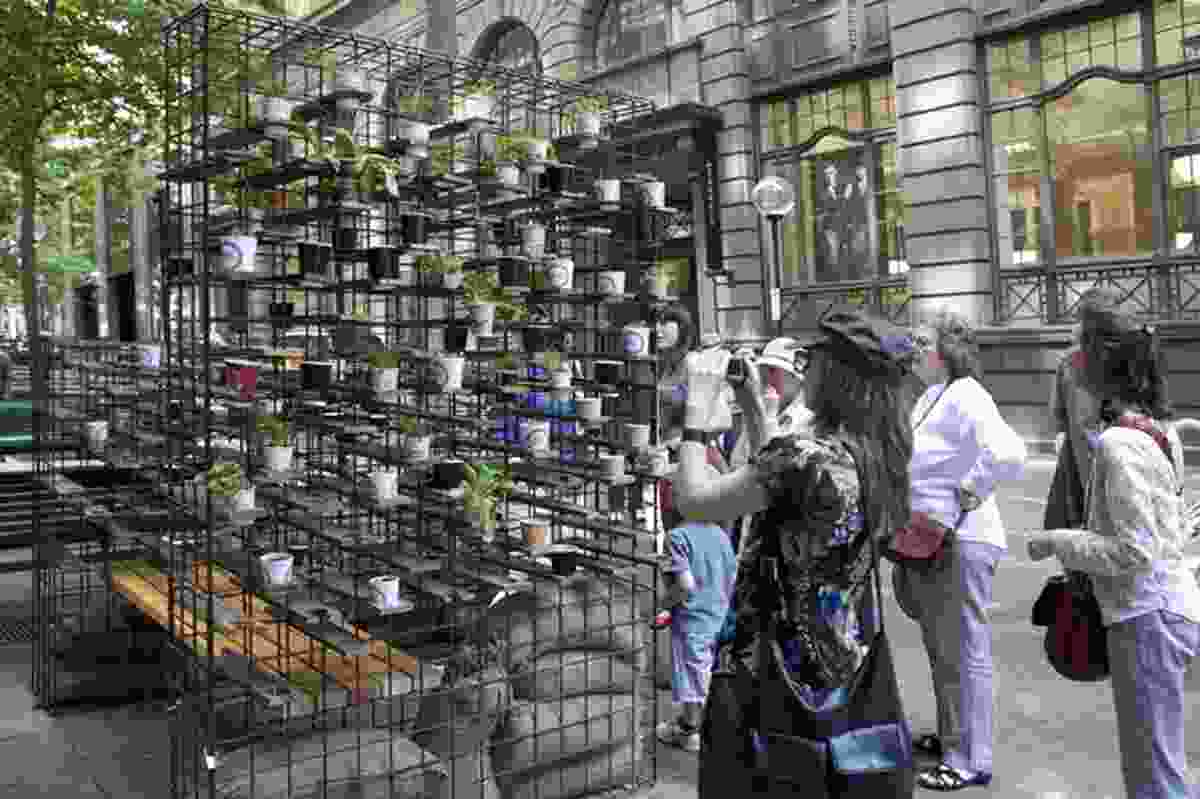 Green is Gold by the University of NSW student team, of Sydney.