Barangaroo is a once-in-a-lifetime opportunity. Its scale and location have the potential to set the future direction for our nation’s key financial city. It will support Sydney’s role as a growing financial hub in the Asia Pacific, leverage the growth of the state’s economy and create major new public waterfront parklands in the heart of the city.

Set across twenty-two hectares on the shores of one of the world’s most famous harbours, this commercial, residential and leisure precinct will be the new western face of our city. At a local level, it offers more than half the site as waterfront public domain, including a new headland park. At a global level, it sets the scene for Sydney to attract international businesses by offering the large floor plates needed for the twenty-first-century working environment.

The creation of this major extension to Sydney’s CBD demands a stringent planning process that meets government guidelines and also incorporates the thoughts and expectations of the community. A five-year process has been integral to achieving a design for the site that will create a multi-generational landmark that Sydneysiders will be proud of.

In early 2005, the NSW Government announced that the container wharves at East Darling Harbour would be transformed into a new urban precinct. A two-stage international urban design competition for “concepts and ideas” was instituted to explore issues of appropriate urban form and to bring the site back into the community’s imagination, as architects and designers from around the world explored possibilities for this extraordinary location.

The competition winner was announced in March 2006, with more than 4,000 people viewing two design competition exhibitions at the Museum of Contemporary Art and the Sydney Opera House. The jury award was accompanied by three recommendations to improve the winning proposal, including a natural headland form, a large northern cove and a large southern cove.

A concept plan was prepared in 2006 to help guide the future development of Barangaroo and to provide a platform to engage with the community and private sector. This was approved in February 2007, with consent conditions requiring considerable further improvements to the natural headland and the enlarged northern and southern coves.

In April 2008, the government sought expressions of interest for the right to develop the commercial area at the southern end of the site, again drawing the attention of the world’s developer and investment community.

By August 2009, the Stage 1 proposals had been narrowed down to two. The final selection was made with criteria including design, finance and risk, sustainability, delivery and planning, marketing and promotions and capability. The details of each proposal were evaluated by the authority, technical advisors, review panels and the authority’s board.

On 20 December 2009, Lend Lease, with a design team led by Lord Richard Rogers and supported by local design firms, was announced as the winner for Stage 1, with a proposal that requires a submission for amendments to the approved concept plan. Should this not be successful, a version of the plan with reduced heights and floor area, and without the proposed public pier and hotel, can be considered within the current approved concept plan. Information lodged by the final two proponents as part of the bid process has been on public display during February and March 2010.

In parallel with the southern precinct design process, planning and design work for the headland park and northern cove has advanced, with the recent announcement that Peter Walker and Partners and Johnson Pilton Walker will act as the authority’s designers for this important part of Barangaroo, as well as preparing the public domain guidelines for Stage 1.

The busy wharves that once stood at Barangaroo were an important gateway for Australia’s trade, helping drive the growth of Sydney and indeed that of the nation. With the creation of Barangaroo, including public open space, mixed-use waterfront and a financial headquarters district, this western edge of our CBD will continue to play a critical role in the economic and cultural life of our city. 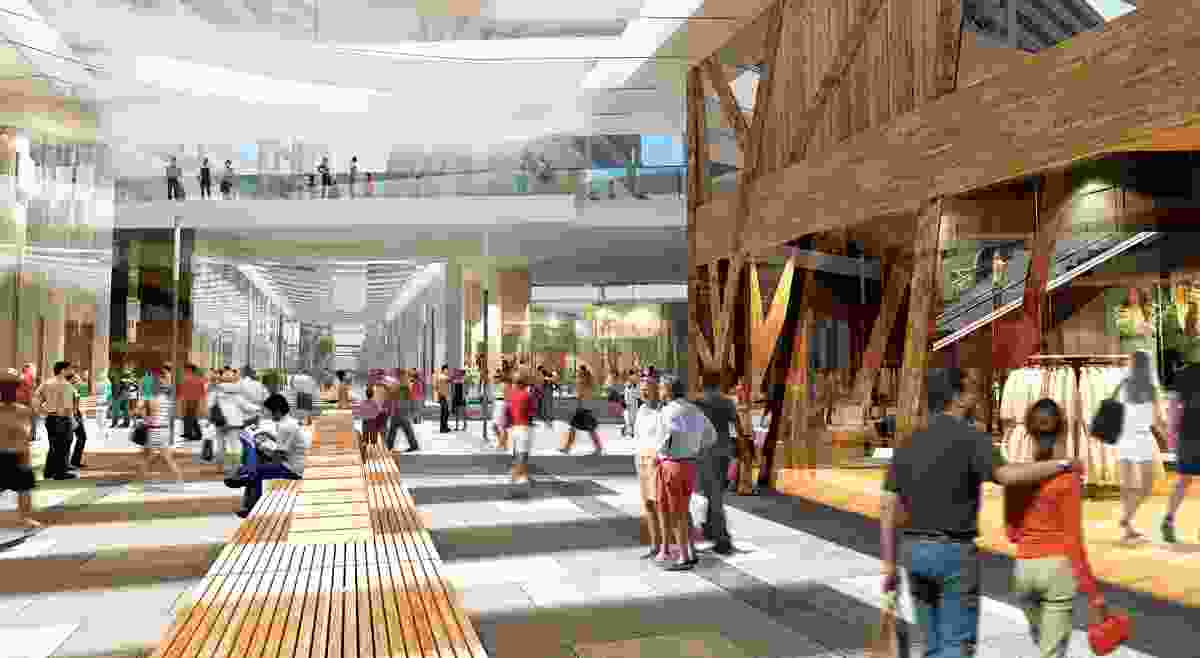 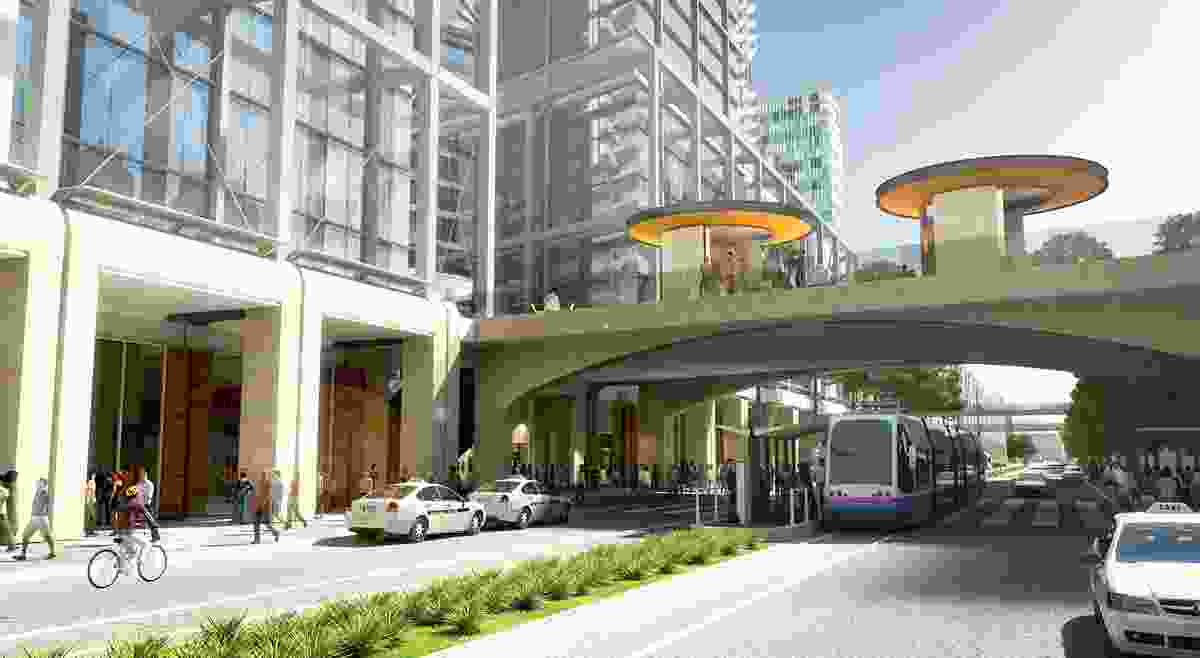 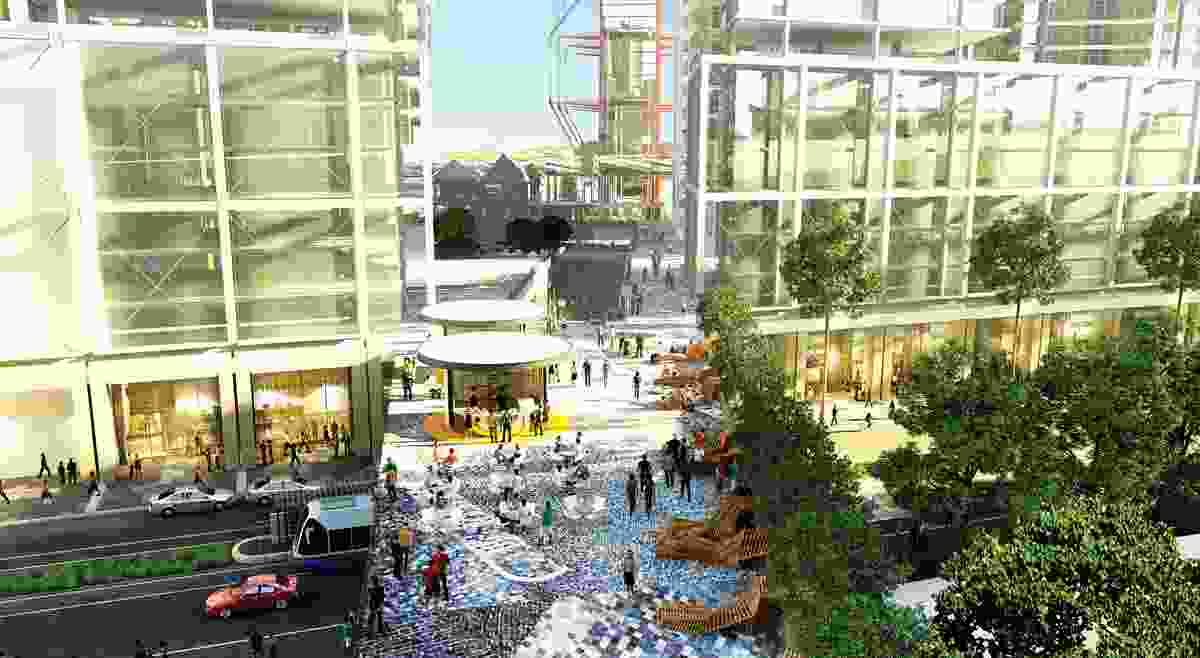