The Heritage Council of New South Wales has unanimously decided to recommend the Sirius Building in Sydney’s The Rocks for state heritage listing, which could prevent its demolition.

The Sirius Building, known locally as “a stack of concrete boxes,” is a public housing complex designed by Tao (Theodore) Gofers, architect for the Housing Commission in 1979, and built adjacent to the Sydney Harbour Bridge.

In March 2014, the NSW state government announced plans to sell the site, which could see it demolished and replaced with luxury apartments. Then Minster for Community Services Pru Goward said the proceeds of the sale would be reinvested in more social housing. In 2015, tenants of the public housing complex were all relocated. A state heritage listing would “normally prevent demolition,” according to the Heritage Council.

The site is jointly owned by the Sydney Harbour Foreshore Authority and the Department of Family and Community Services (FACS). FACS opposes the heritage listing. In a submission to the National Trust in September 2015, it said a heritage listing could cost the department $100 million or 320 homes for 740 people.

Minister for Family and Community Services Brad Hazzard told the Daily Telegraph, “This is not ancient Egypt, we aren’t talking about a site representing 1,000 years of heritage.”

Following a meeting in December 2015, the Heritage Council of NSW resolved to recommend the building for heritage listing to the NSW Minister for Environment and Heritage Mark Speakman, based on two key criteria of aesthetics and rarity.

A draft statement of significance describes the building as “a rare and fine example of the late Brutalist architectural style especially in its application to social housing.”

In a submission to the Heritage Council, architectural historian professor Philip Goad said the building is a “representation of an important move by the NSW Housing Commission in the mid-1970s, away from modernist ideals of housing in towers or slab blocks on cleared sites towards solutions that involved community participation and sympathetic contextual placement of such housing and retention of long time low income residents in historic inner urban precincts.”

The Heritage Council notes that the “site is a rare physical remnant as a purpose built housing project in The Rocks, other accommodation reused private housing.”

Gofers’ design, which is influenced by Moshe Safdie’s Habitat 67 in Montreal, “marked a turning point in public housing design with a refocus on the needs of the tenants and a commitment to providing safe and comfortable accommodation for housing commission residents,” the draft statement of significance says. Gofers consulted with prospective tenants individually to gain insight on what they needed for their homes. The building is only one of two examples of Gofers’ brutalist style architecture for social housing – the other is located in Sans Souci.

The Heritage Council also noted the building’s association with the Green Bans Movement of the 1970s, a protest led by the Builders Labourers Federation (BLF) against the demolition of parts of inner Sydney and its redevelopment into luxury housing and office buildings. The BLF placed “green bans” on some construction works, which led to a compromise whereby bans on developments were lifted in exchange for social housing. The Green Bans movement also led to the establishment of the Heritage Council and the Heritage Act 1977.

The Minister for Environment is yet to make a decision on the heritage status of the Sirius Building. 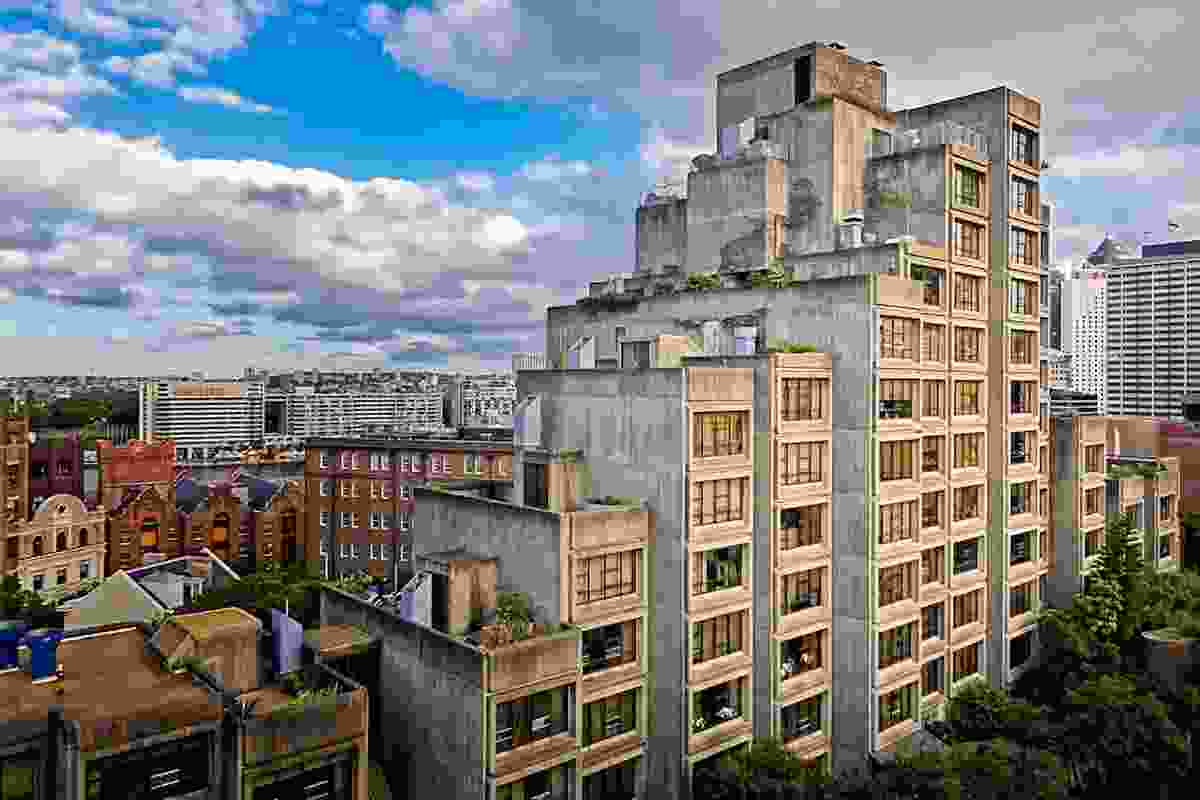