The state government has purchased land adjacent to the school for $19 million in order to create a park. The park will be ready by the time the school opens in 2018.

The Victorian state government has released images of a proposed $40 million vertical school in Ferrars Street, South Melbourne, that will have the capacity to accommodate 525 students. Architecture practice Hayball has designed the five-storey school, which will form part of the Montague precinct in the Fishermans Bend Urban Renewal Area, and Tract Consultants has designed the landscape architecture elements of the project.

The City of Port Phillip released a proposal for South Melbourne Primary School in July last year which detailed a multi-level school, other community facilities, additional land for open public space and the creation of netball courts.

The acquisition of land for public use is a significant part of the plan, with the council emphasizing its importance to maintain liveability in a high-density urban area by encouraging physical and social activity. The council said that it would provide a “safe, attractive streetscape and a park” in the precinct.

In November last year, the state government announced that it had purchased land adjacent to the school for $19 million in order to create a park. The current Port Phillip Mayor Bernadene Voss said the park would be grassed in time for the opening of the school in 2018.

In July 2015, then Port Phillip Mayor Amanda Stevens told 774 ABC Melbourne that the aim of the plan was to think ahead to benefit the community that will develop in the area.

“If you purchase land now, and if you put these investments in now, it’s actually cheaper than doing them in the future,” she said.

“Putting infrastructure in first is a far better result for the community than trying to retrofit it afterwards in spaces that may not suit.”

The state government has promised $5 million for local infrastructure, including upgrades to nearby tram stops.

Under the plan proposed by the City of Port Phillip last year, the council promised $3 million towards the project. It is not clear how much the state government will contribute, but it has indicated that developer contributions will make up a significant proportion of the funds.

The Montague precinct has already had an integrated six-tower project by Hayball and a tower by architects Rothelowman approved, and it is one of two precincts that have had a 40-storey limit set by the state government.

It has been projected that 80,000 people will live in the 455-hectare Fishermans Bend area by 2050, and it has been referred to as Australia’s largest urban renewal project. 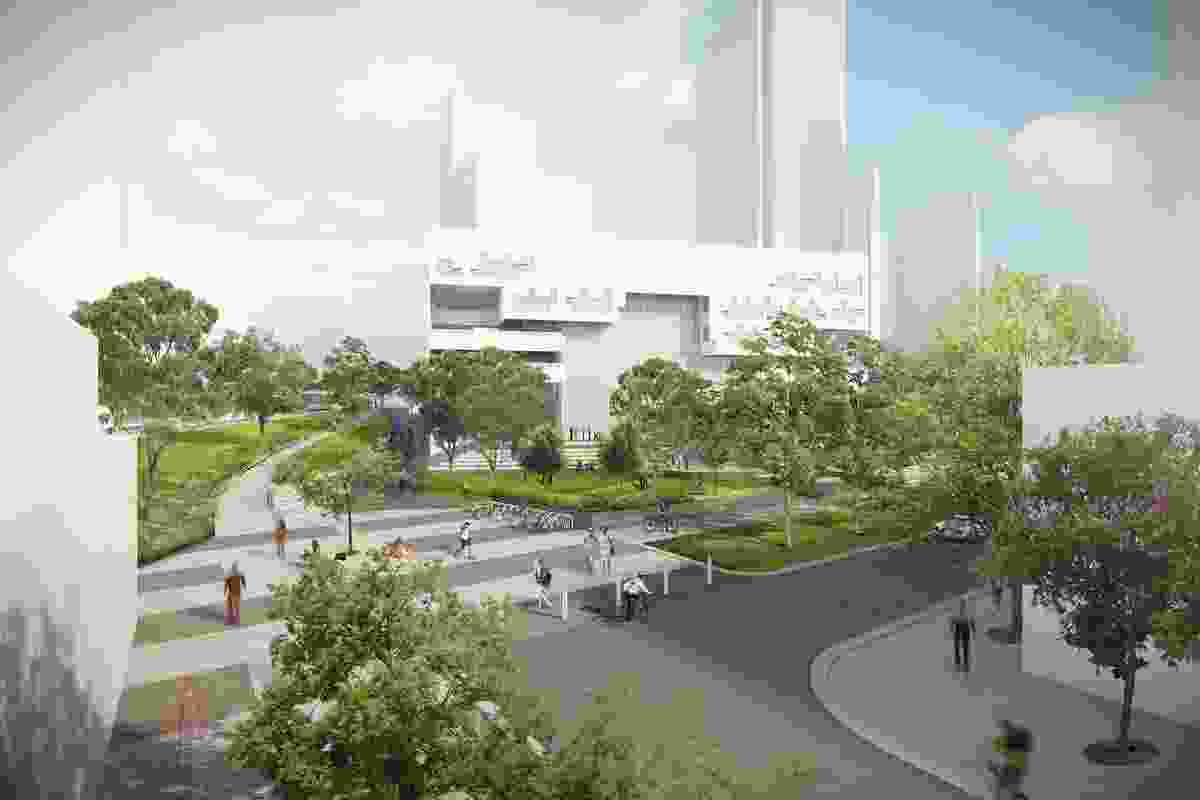 The state government has purchased land adjacent to the school for $19 million in order to create a park. The park will be ready by the time the school opens in 2018. 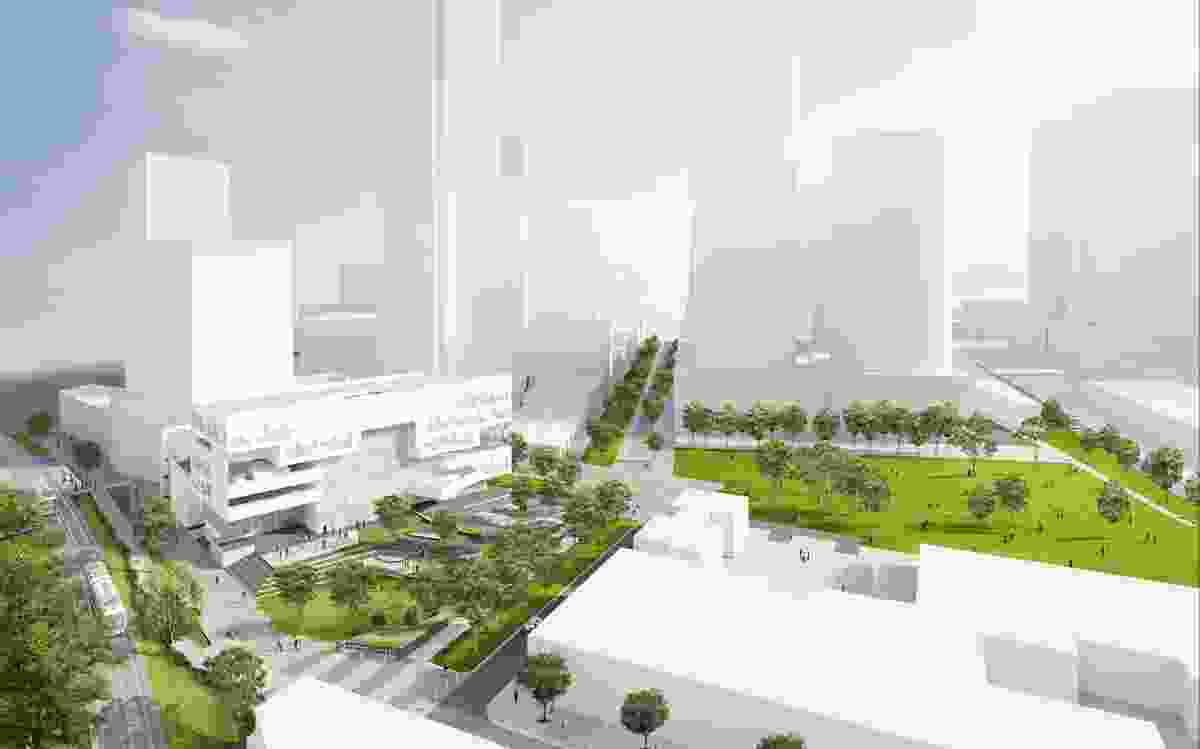 The proposed $40 million vertical school in Ferrars Street, South Melbourne, will have the capacity to accommodate 525 students 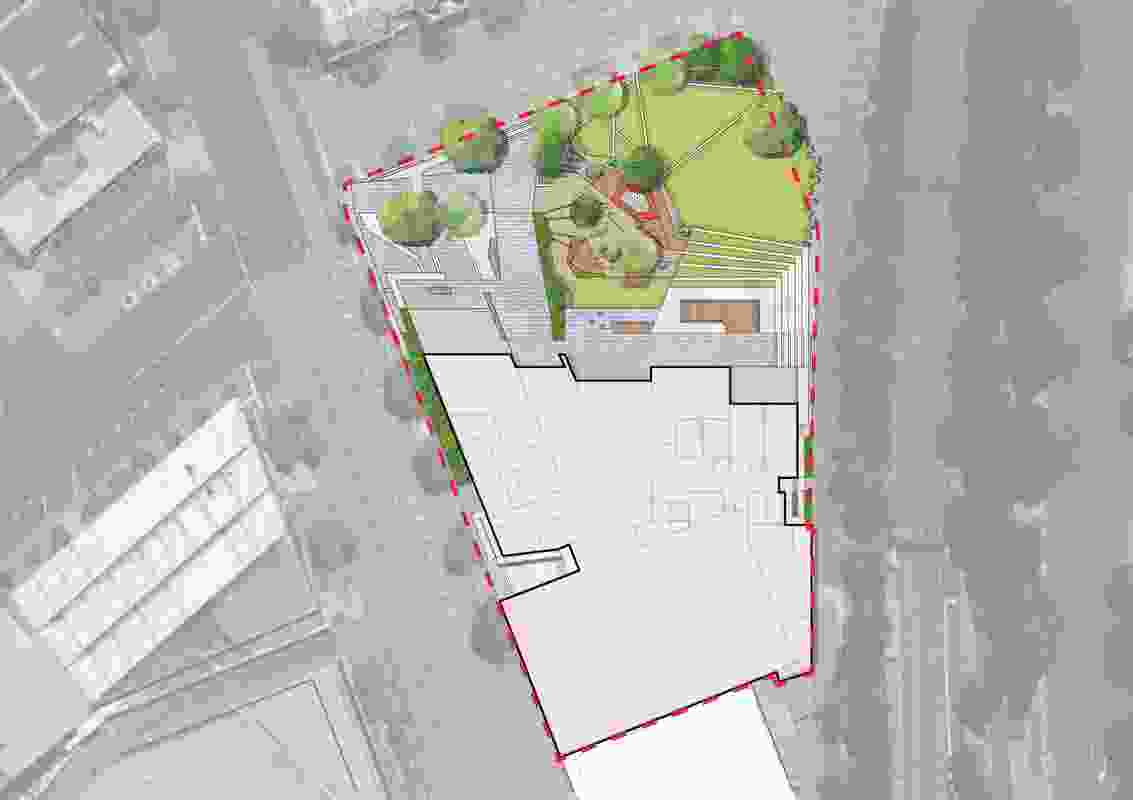 A ground floor map of the school.