High-rise fires and non-conforming products: how can architects manage the risk?

The tragedy of London’s Grenfell Tower fire has ignited a global wave of concern surrounding the safety of certain cladding products. Wendy Poulton, risk manager at Informed, considers the various investigations into non-conforming building products that have taken place following incidents across Australia. Since none of the findings have been tested in a civil trial, what are the risks involved in specifying non-conforming products?

The June 2017 fire in London’s Grenfell Tower, with its shocking loss of life, has refocused the world’s attention on the fire-proofing of high-rise buildings.

Comparisons have been drawn with Melbourne’s Lacrosse Building, where in November 2014 a blaze spread rapidly up the building facade, but was contained by the sprinkler system so that there was no loss of life. However, these are very early days, and we await expert investigations to provide better guidance on what has caused and contributed to the terrible Grenfell Tower incident.

Meanwhile, this is an ideal moment to recap the investigations and advice from public bodies on the Lacrosse Building fire and non-conforming products generally.

Beginning with an unextinguished cigarette on theeighth floor of the building, the Metropolitan Fire Brigade (MFB) responded to an exchange call of a reported fire at 2.24am on Tuesday 25 November 2014. By 2:35am, the fire had burned all the way up to the roof of the building above the 21st floor. Fortunately, no lives were lost, but the cost of the damage was, at the time, estimated at $5 million, according to the MFB’s post-incident report released in April 2015.1

The report also noted several issues that could pose a threat to occupants and assist in the spread of the fire, including high occupancy rates, lack of sprinklers on balconies and the building’s external cladding Alucobest.

“Rapid vertical fire spread up the building appeared to be directly associated with the external facade of the building,” the report reads.

The issue of combustible cladding has generated the most discussion in the construction industry, resonating as it does with the concerns of designers who are called on to advise upon an ever-increasing range of new products entering the market. The Grenfell Tower fire has injected new urgency into that conversation.

The MFB report into the Lacrosse Building fire is based only on the MFB’s limited investigations. Its purpose is to identify causes, not to attribute liability or blame.

In the wake of the MFB report, the Victorian Building Authority (VBA) conducted an audit of about 170 high-rise residential and public buildings in Melbourne. Of the audited buildings, 51 percent were assessed by the VBA as using external wall cladding materials that did not comply with the National Construction Code (NCC). However, “apart from the Lacrosse building, only one other building identified through the VBA Audit was deemed to pose a significant safety issue due to the non-compliant use of external wall cladding material” and the responsible authority has issued an emergency order for remedial action to be undertaken.2

Many non-compliant buildings contained other safety features, which prevented them being deemed immediately unsafe to occupy.

The VBA has referred the builder, surveyor, fire engineer and architect of the Lacrosse building to their respective disciplinary bodies, but so far no adverse findings have been reported.

After being ordered to replace the Alucobest cladding, the owners of the Lacrosse Building apartments, along with the builder, proposed an alternative solution that included installing sprinklers on the balconies without replacing the cladding. However, on 16 January 2017, the Building Appeals Board rejected that solution, so the order to replace the cladding stands.3

In short, for all the investigations, there has been no trial and no finding by a court as to whether any party involved in the design, construction or product supply of the building breached a duty of care or is liable for the fire.

Following on from the asbestos issue that came to light in 2016, there were also concerns that the Perth Children’s Hospital contained potentially non-compliant aluminium composite panels (ACPs). However, the WA Building Commission’s Final Report on the audit of contractor and product performance released in April 2017 found the three types of ACP used on the hospital to be acceptable4.

Thee three models of ACP – Alpolic/fr, Alucobond Plus and Haidabond – were ultimately considered by the Building Commission to meet the NCC requirements for the various purposes to which they were put. All three had cores containing more than 50 percent non-combustible material. While Alpolic/fr and Alucobond Plus had CodeMark certificates, Haidabond did not, and the builder and registered building surveyor were criticized on that last count for failing to obtain enough evidence. For more detail on the Building Commission’s testing and reasoning, the full report is available on the Building Commission’s website.

This Building Commission report is a useful guide on how regulatory bodies will approach the compliance question and what evidence they will find persuasive (in short: get a CodeMark certificate). But it is not, of course, a binding determination that these products can be used on other projects, and appropriate evidence should still be obtained from the manufacturer in each case.

The MFB report concludes that the standard grade Alucobest cladding on the Lacrosse Building did not meet the non-combustibility requirements of the BCA. In an Industry Alert dated February 2016, the VBA expressed the opinion that no polyethylene-based aluminium composite panel (ACP) is non-combustible, and that ACPs should therefore be treated as a performance solution under the BCA.5 However, neither of these conclusions has had the chance to be argued out and tested in a civil trial.

In the interim, the most effective risk management measure is to avoid specifying ACPs, especially polyethylene-based models. It is to be hoped that the high level of reporting of the Grenfell Tower fire should motivate cost-conscious clients to bear the cost of higher-performing cladding materials.

If specifying ACPs, then, drawing on the MFB Report and the VBA’s Industry Alert, these are some of the risk management measures available:

In June 2015, the Federal Parliament established a Senate Committee to investigate non-conforming building products generally. After an election-related deferment, the Committee received its final submissions in January 2017, and was due to report by 25 May 2017. That has now been extended to 31 August (interim report) and 31 October (final report).6

In all of these cases, it is only if legal proceedings are instituted and taken to a trial that we are likely to get a definitive ruling on where legal liability for these product failures lay. In the meantime, these incidents are a good reminder of the importance of doing the research reasonably required to specify safe and durable products. There is a growing body of investigatory and advisory material in Australia to help.

High-rise fires and non-conforming products: how can architects manage the risk? 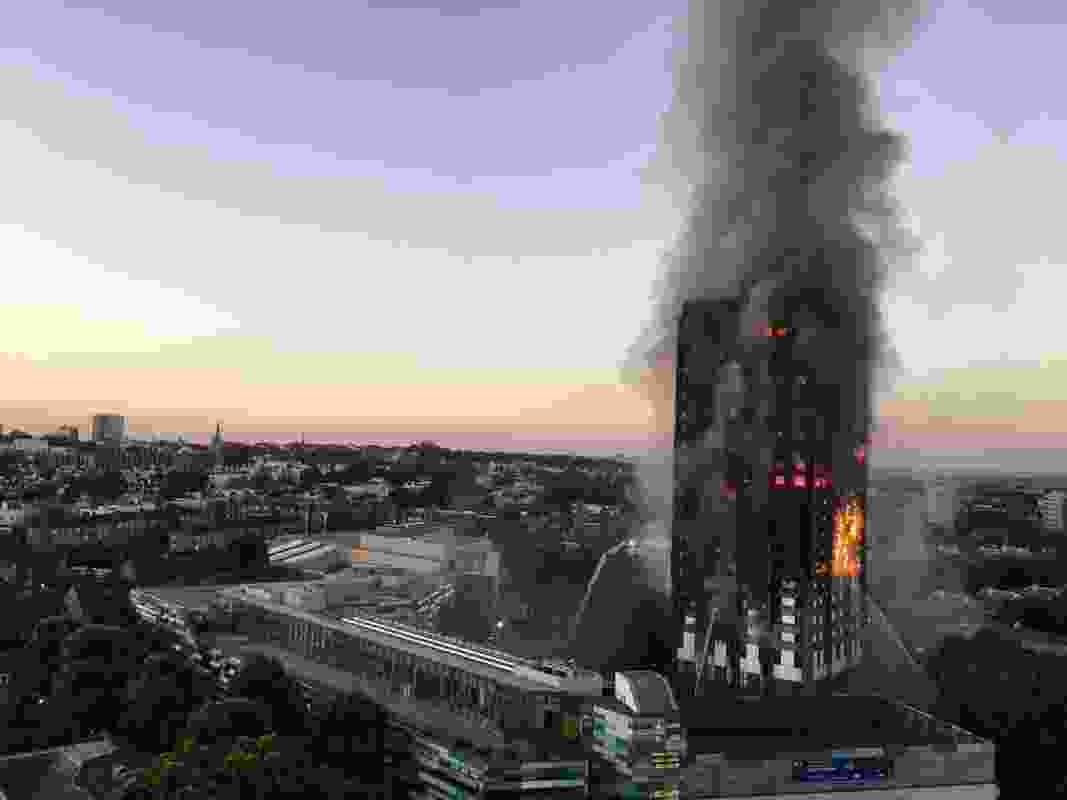 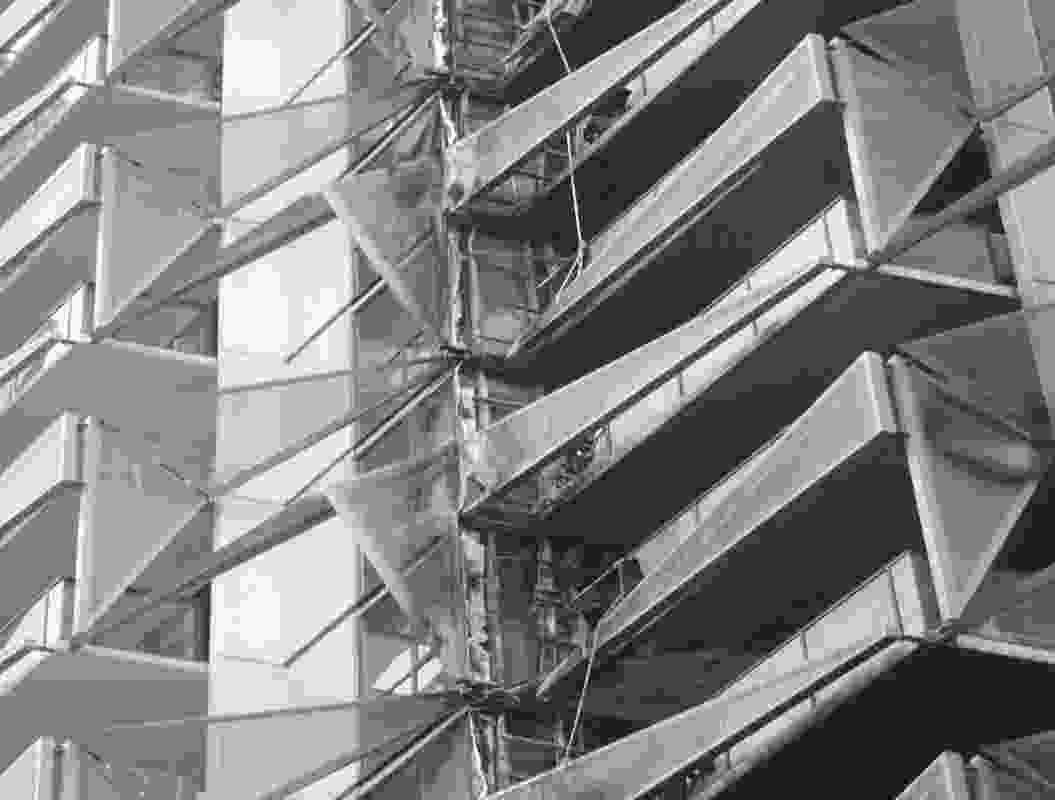 The Lacrosse Building in Melbourne’s Docklands. 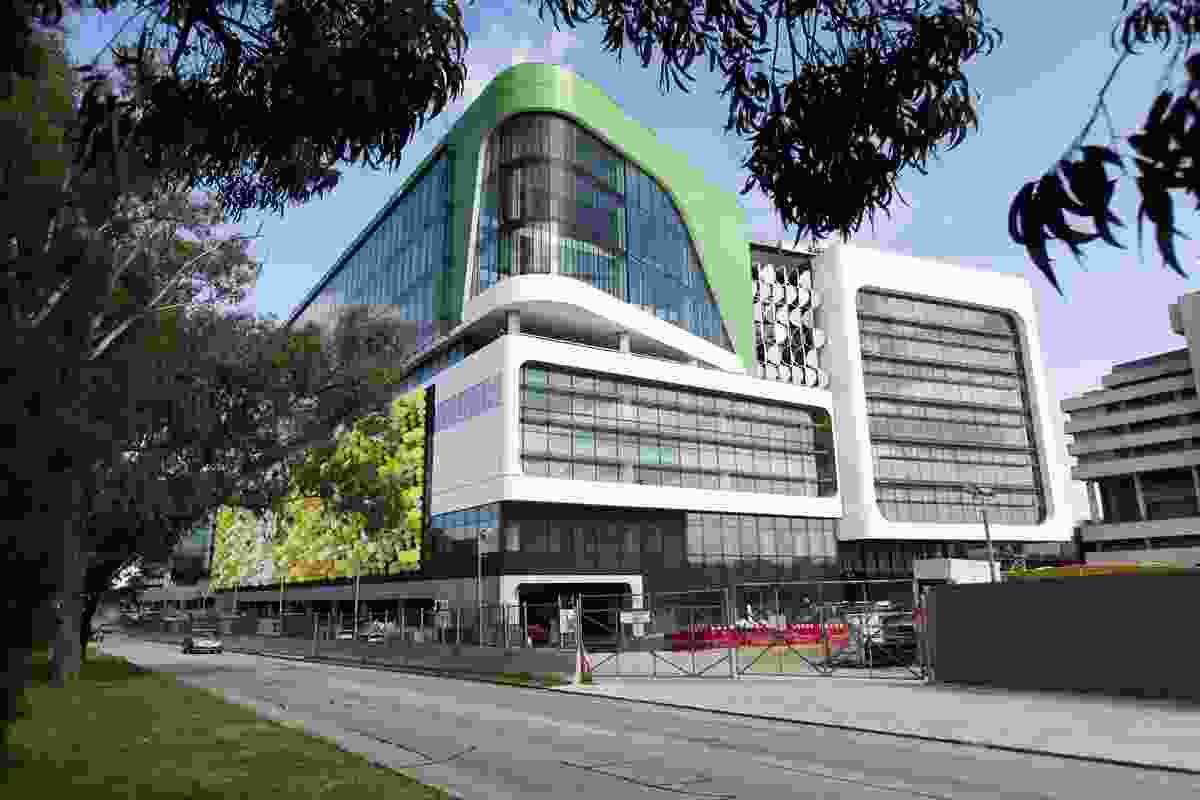