The inner-city school will be located on the corner of Cleveland and Chalmers Streets in Surry Hills at the edge of Prince Alfred Park designed by Sue Barnsley Design and Neeson Murcutt Architects. The site is currently occupied by the Cleveland Street Intensive English High School, which will be relocated to a new site in Alexandria.

In 2015, then-education minister Adrian Piccoli announced the NSW government would build a new $60 million high school on the site. FJMT were appointed head design consultant for the project after winning a design excellence competition run by the Department of Education in consultation with the Department of Planning and Environment and the City of Sydney.

The site has a number of heritage-listed buildings dating to 1867, which were designed by the City of Sydney’s council architect George Allen Mansfield. The original two-storey buildings were the first of what critics described at the time as “palace schools.”

The new Inner Sydney High School, which will accommodate 1,200 year 7 to year 12 students, will feature of mix of new and refurbished heritage buildings, including a 14-storey tower.

“This design stood out for its vision of a future-focused learning environment while preserving the heritage of this site,” said NSW education minister Rob Stokes.

The new school will feature a range of flexible and connected teaching and learning spaces, including three science labs, a food technology unit, a visual arts unit, a performing arts workshop, music practice rooms, a design and technology workshop, a gym and movement studio, outdoor sports courts and a central resource library with smaller libraries throughout the campus.

The Inner Sydney High School is one of a number of new schools under development by the NSW Department of Education, including a high-rise school in Parramatta designed by Grimshaw Architects and BVN and the Ultimo-Pyrmont Public School designed by DesignInc, Lacoste and Stevenson and BMC2. 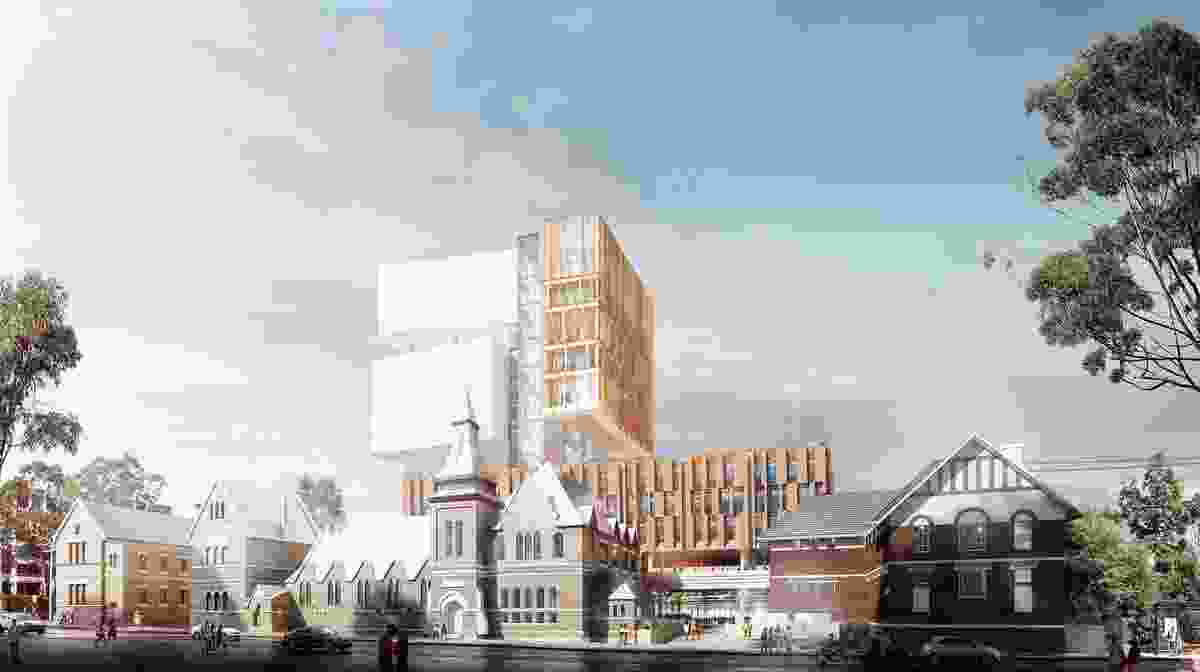 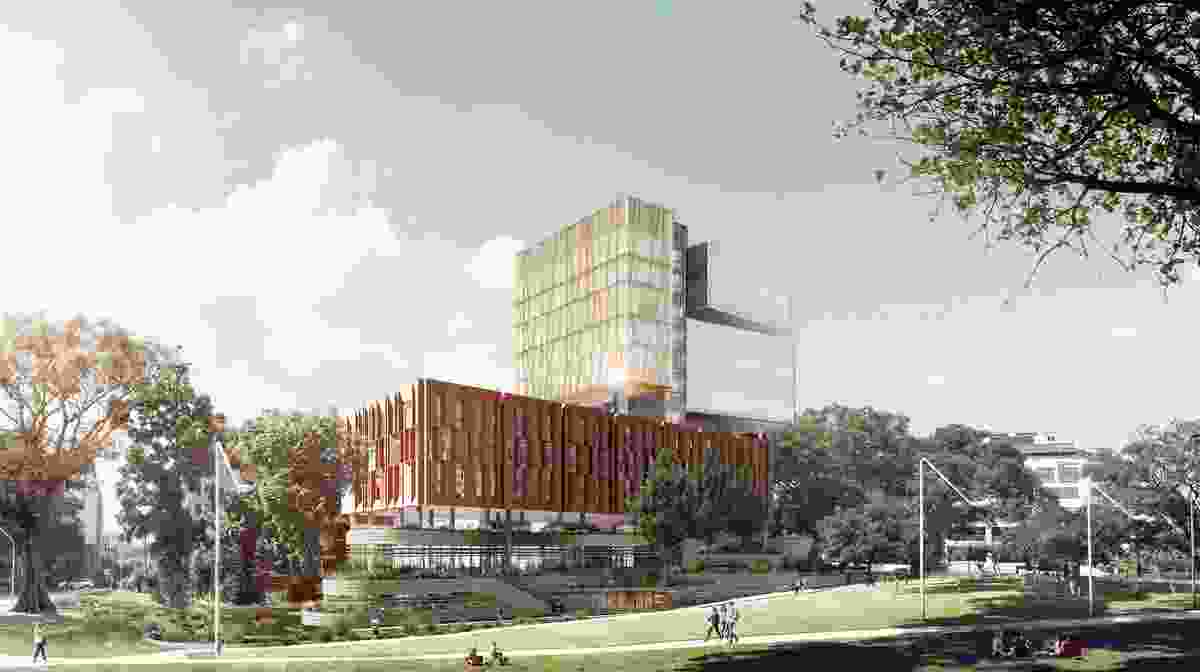 The proposed Inner Sydney High School designed by FJMT will be situated at the edge of Prince Alfred Park. 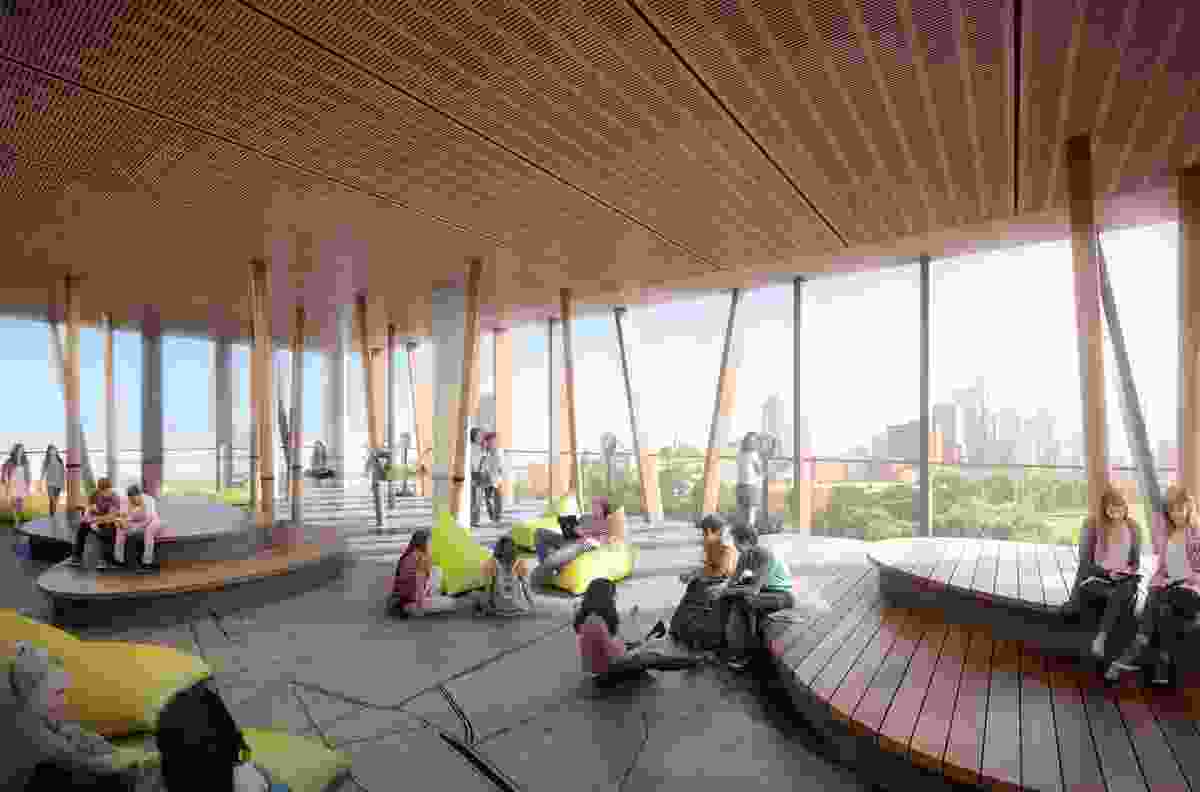 A terrace in the proposed Inner Sydney High School by FJMT. 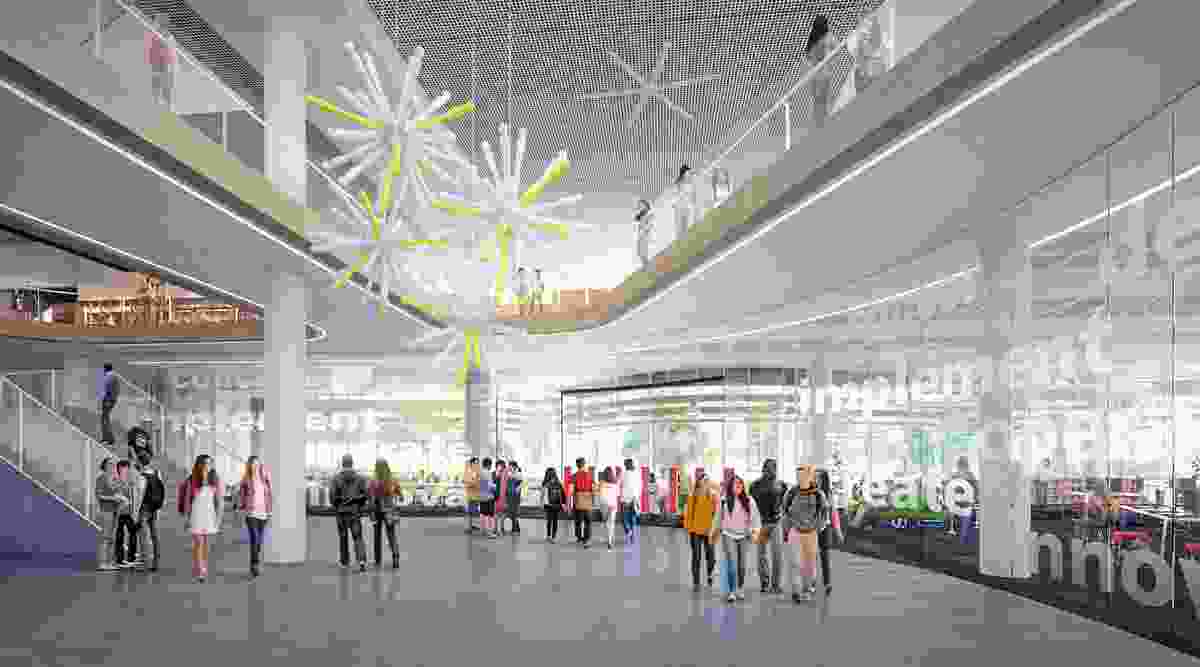 A student and community hub in the proposed Inner Sydney High School by FJMT. 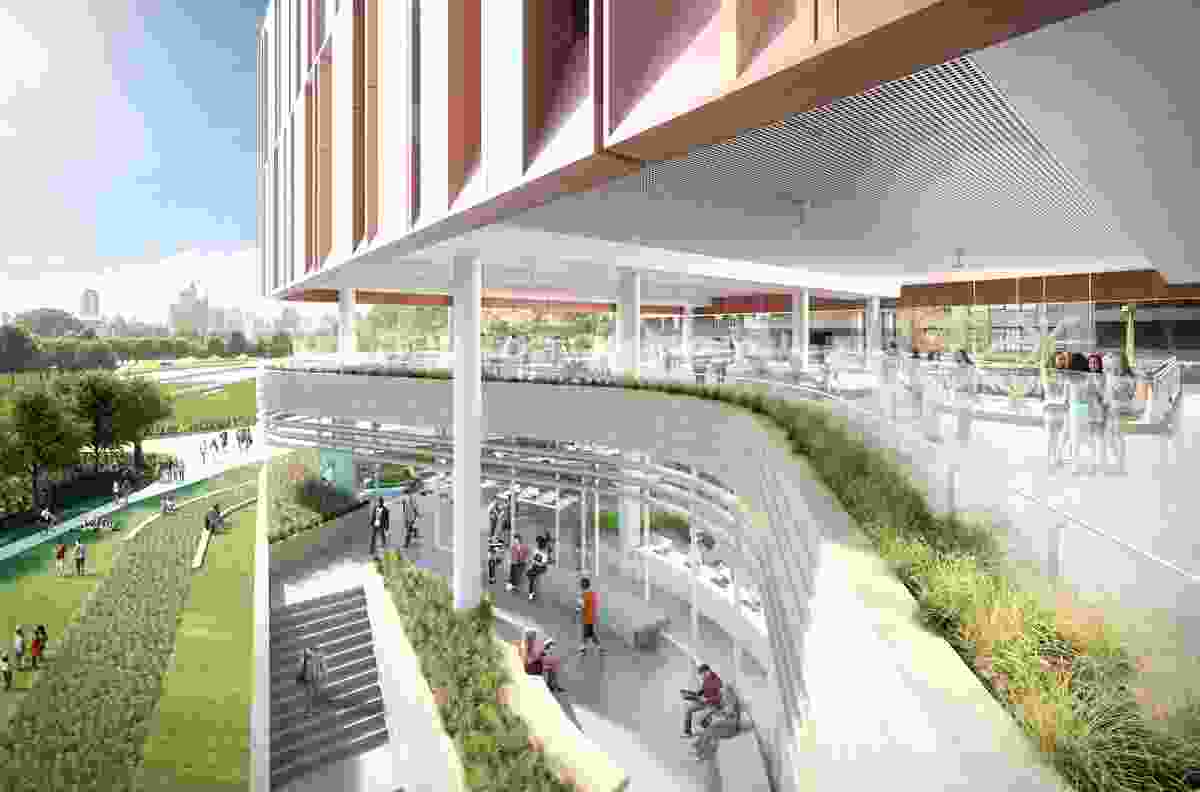