The FDC was established in 1983 to support emerging, independent fashion designers. The organization was founded by arts law graduate Robert Buckingham, illustrator and graphic designer Robert Pearce and artist Kate Durham, and was, for ten years, pivotal in promoting – and provoking – avant-garde fashion in Australia through fashion events at nightclubs, exhibitions and an annual parade.

The FDC worked to promote independent, local design. Its annual parades, in particular, helped to position fashion as an area of artistic expression and attracted funding for the FDC from both state and national bodies. The organization has been credited with enabling small-scale designers who eschewed conventional fashion practices to get their work in front of media and potential buyers, as well as creating a competitive atmosphere that stimulated local talent.

The FDC operated for ten years before closing in 1993, in part due to the economic recession of the early 1990s.

Three Melbourne architecture firms have been commissioned to design scenography for the exhibition. Sibling Architecture has designed a shop, Studiobird and Caitlyn Parry a bar and Wowowa Architecture and Andre Bonnice an office, each representing the promotional, social and creative spaces that were key to the operations of the FDC.

The brief presented to each of the architecture firms was to design a set that represented the progression of Australian fashion practice from a nascent, provocative culture to today’s world of internationally-networked, conceptually-driven practice.

The exhibition takes the FDC materials housed in the RMIT Design Archives as a starting point, looking at the ideas behind the organization. It also examines what impact the FDC has had on contemporary Australian fashion. 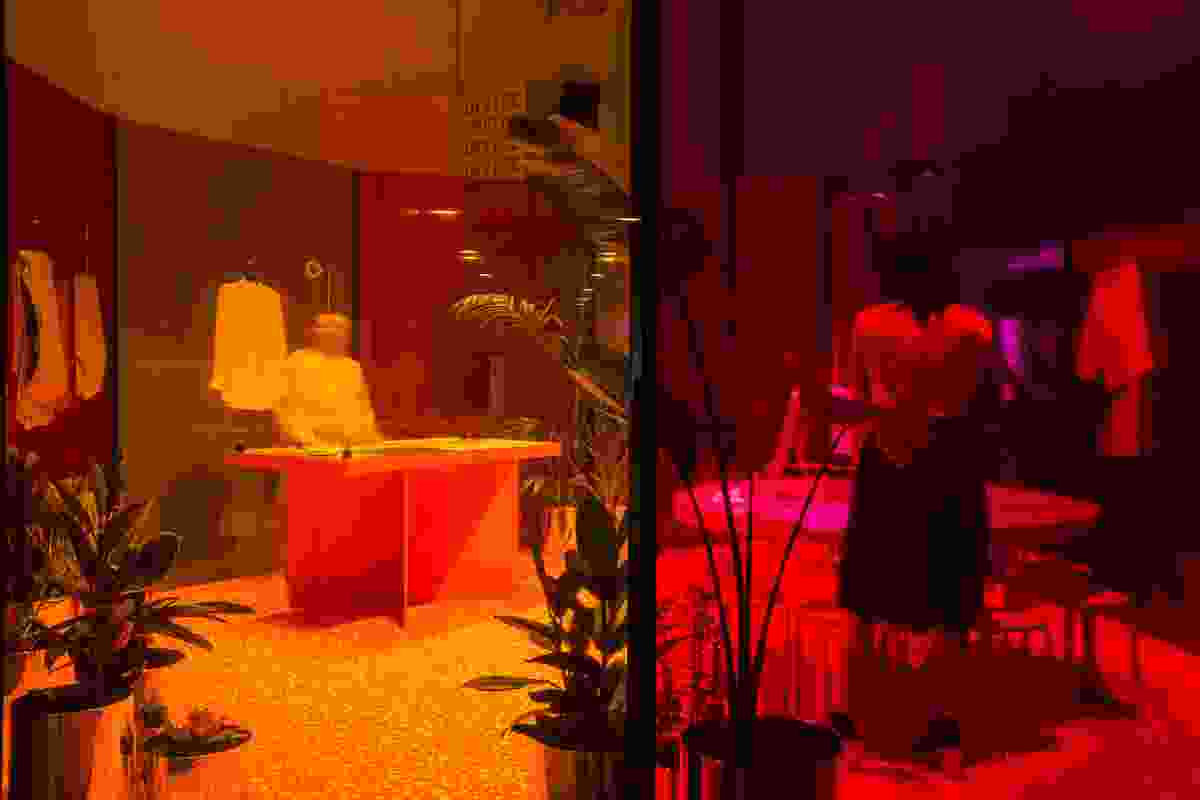 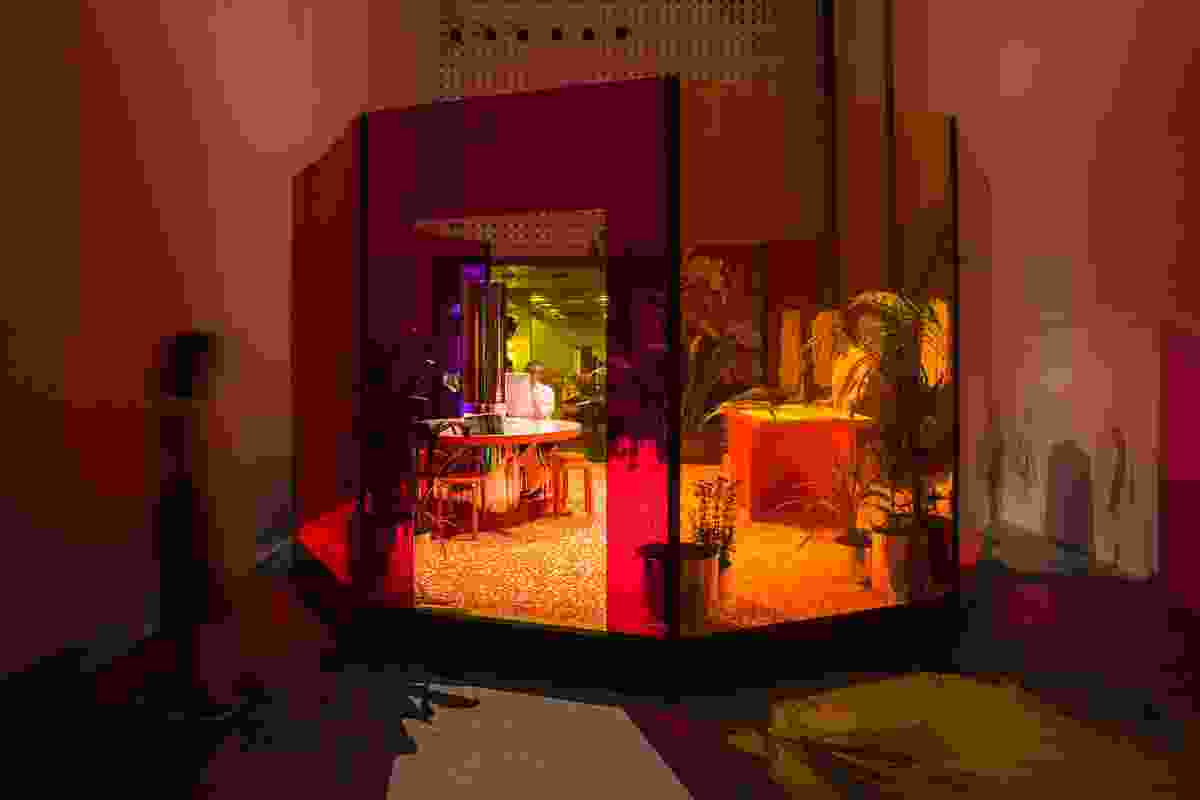 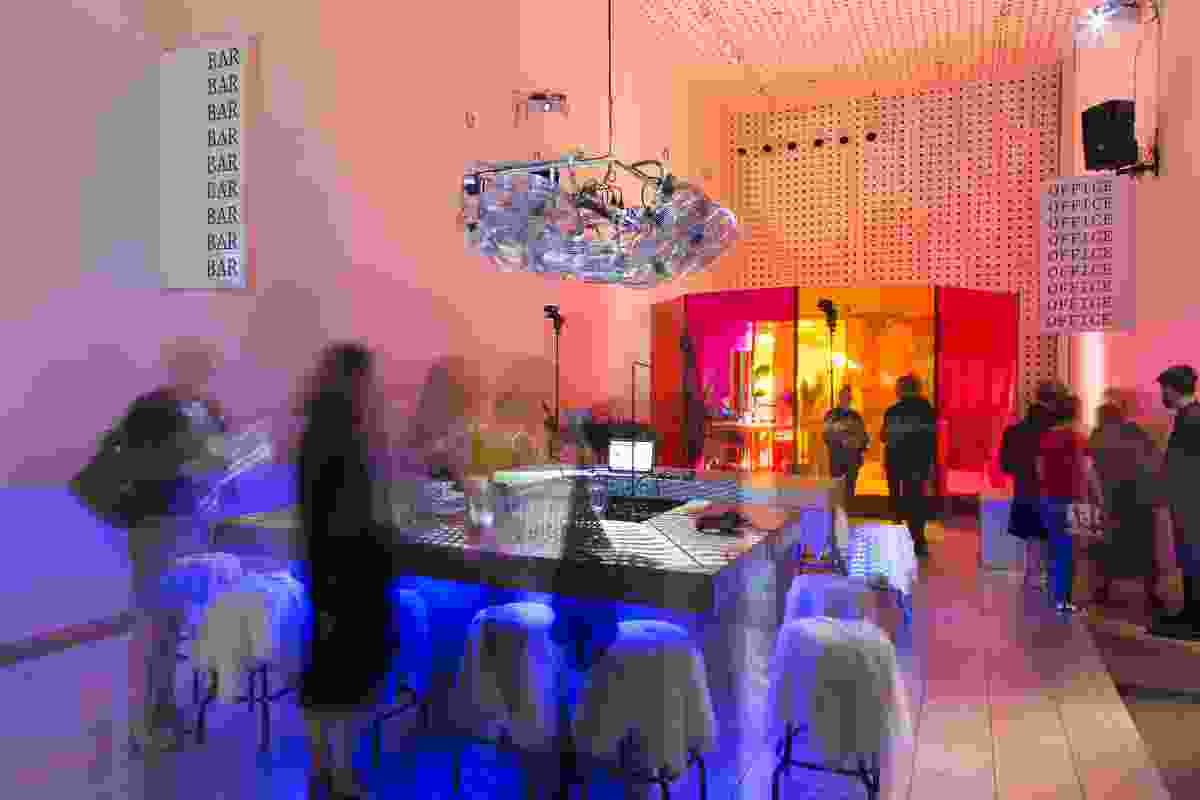 The bar, designed by Studiobird and Caitlyn Parry. 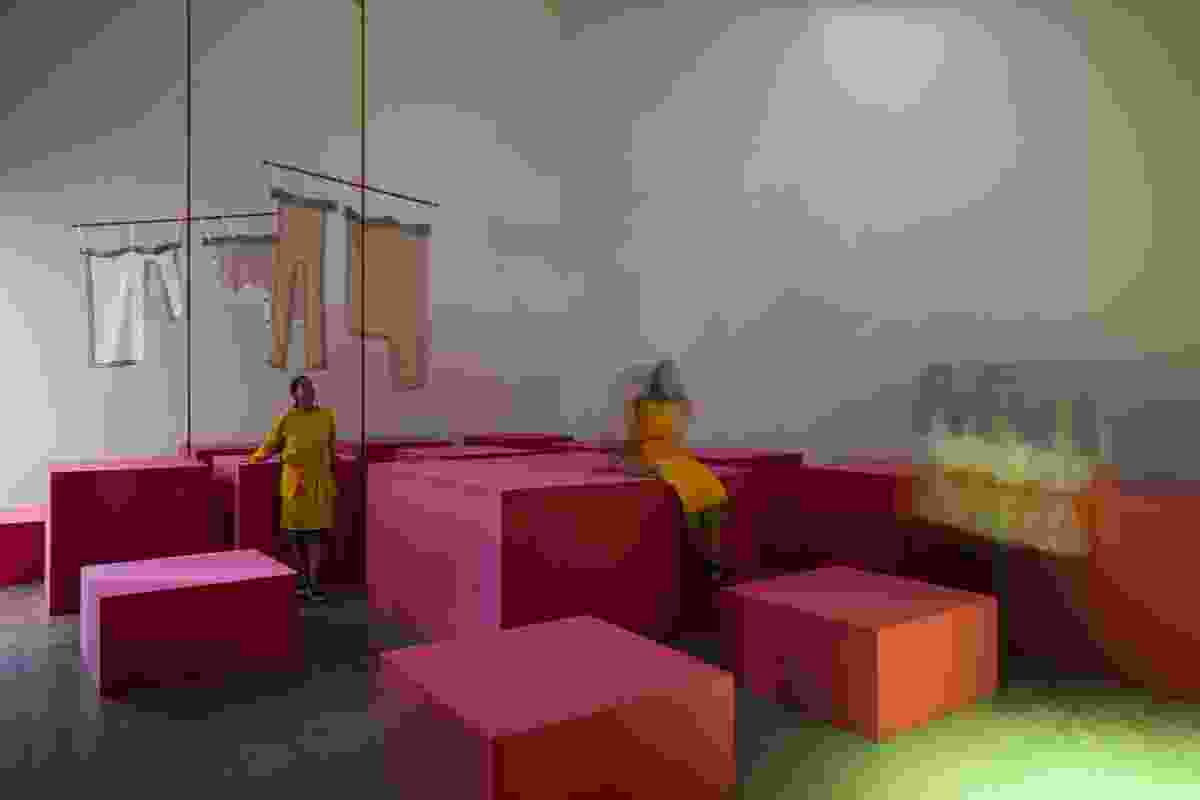 The shop, designed by Sibling Architecture.