A 14-storey apartment tower will be built behind the preserved façade of the Old Burleigh Theatre Arcade on the Gold Coast, under plans by Conrad Gargett now before the local council.

The historic red brick building dates back to 1930, when it was built as the De Luxe Theatre, a picture theatre and dance hall. It was remodelled in 1954 after it was substantially destroyed by a cyclone and again in the mid 1970s, when it was converted into an arcade with shops, restaurants and offices.

It was placed on the local heritage register in 2019 following public outcry after developer Weiya Holdings purchased the site for $18.5 million and revealed plans to redevelop it. However, it was rejected for state heritage listing, with the Queensland Heritage Council pointing to the substantial changes made to the building over the years.

Conrad Gargett’s design calls for the conservation and adaptive reuse of the front “book end” of the Old Burleigh Theatre Arcade but will see the demolition of some 1950s and 1970s sections of the building, along with relatively recent ground floor shop fronts and some internal partition walls.

“We’re trying to find that happy medium between the conservation of what’s important fabric and creating a building that is of its place in Burleigh,” Conrad Gargett director John Flynn told the ABC.

The new development will include 36 residential units – broken down into 10 four-bedroom, 17 three-bedroom, and eight two-bedroom units, in addition to a single one-bedroom unit – along with 472 square metres of retail space on the ground floor, and three basement levels for carparking.

The former landmark theatre sign on the front Goodwin Terrace façade will be recreated, and new brick engaged piers along the western elevation will reference the rhythm of the piers proposed for demolition.

“Interpretive displays are also proposed to convey the history, stories, key themes and phases in the life of the place as a key part of Burleigh’s and the Gold Coast’s culture and heritage,” development application states. “These proposed displays would use a combination of photos, film, physical models and display of 1950s artefacts from the rear ‘bookend’ apartment.”

The former 1950s-style shopfronts will be referenced in the design of the new shopfronts, with the arcade entrance to be fitted with concertina timber-framed doors.

The development will sit next to a planned light rail station connecting Broadbeach to Burleigh Heads due to be constructed by 2023. 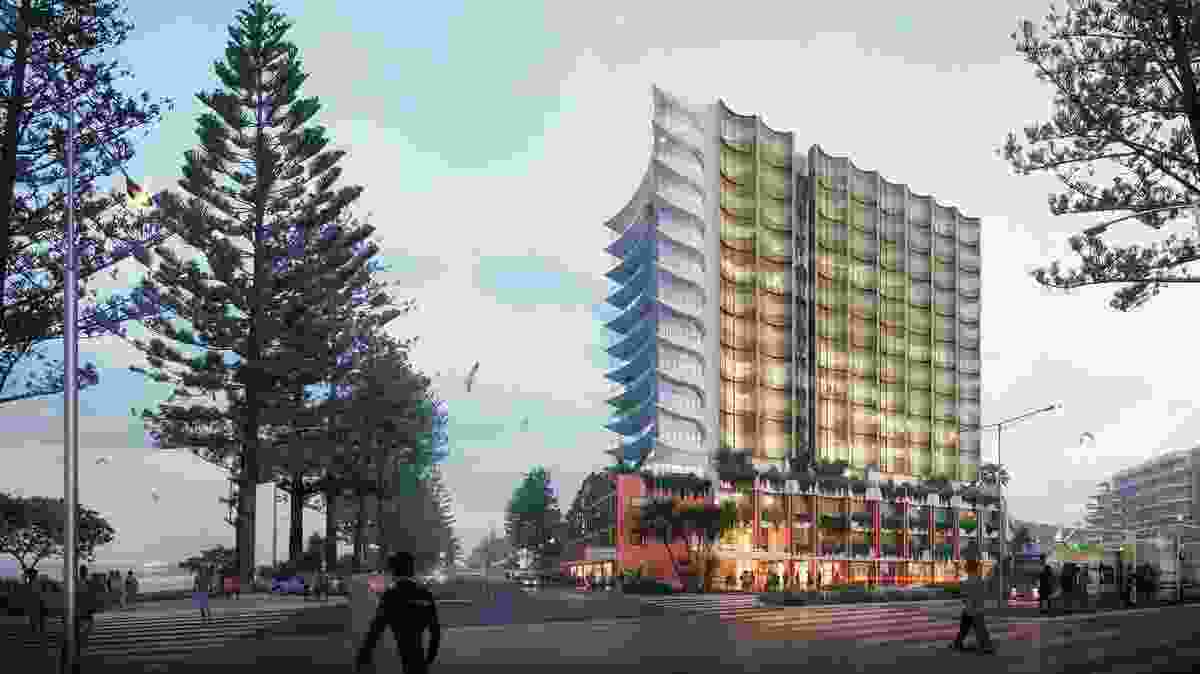 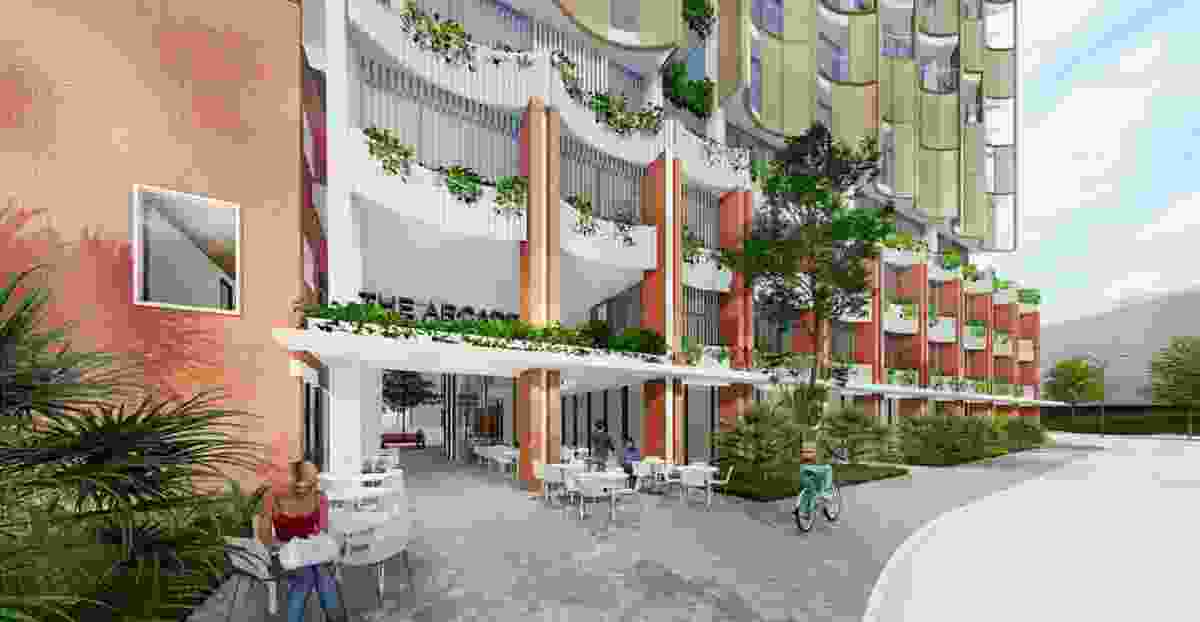 The colonnade and new public entry viewed from Gold Coast Highway to the west. 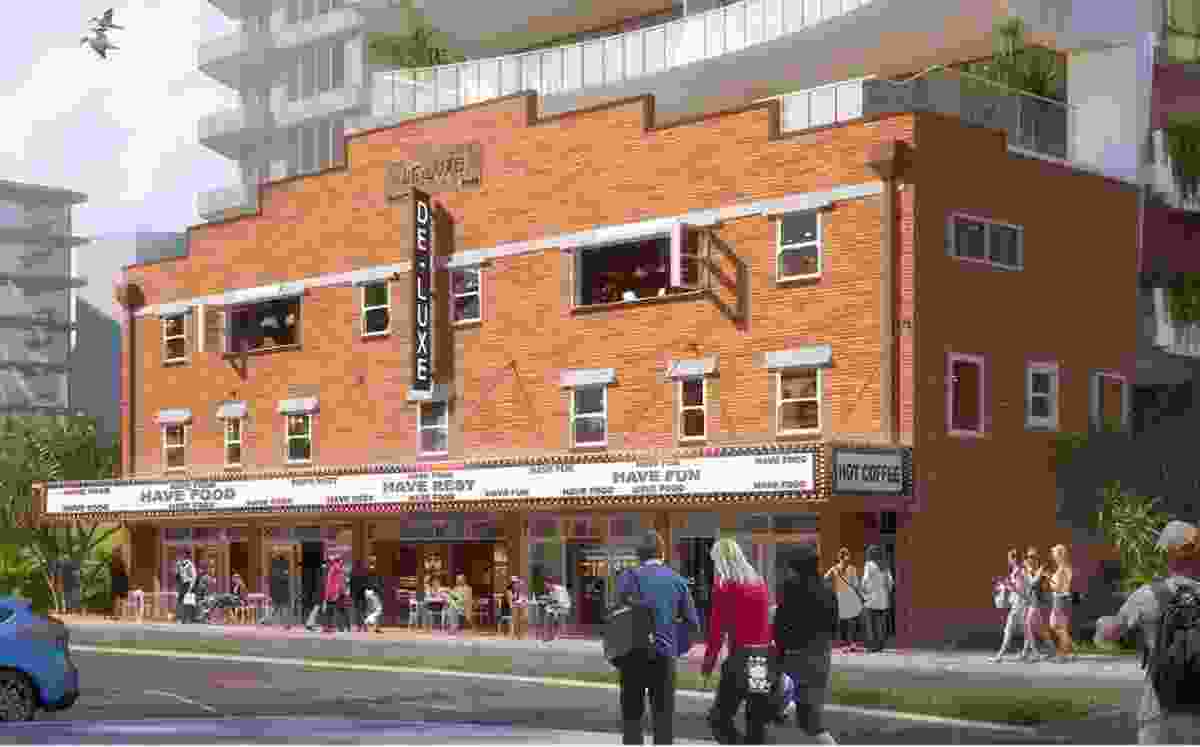 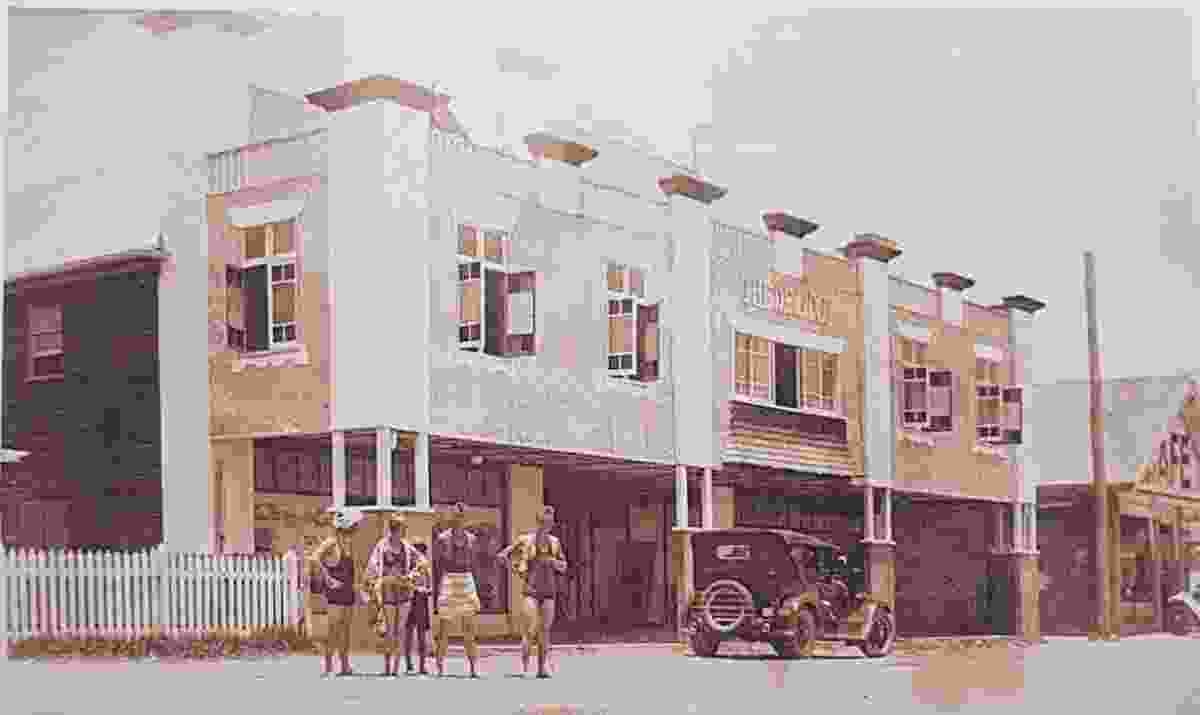 An undated photograph of the 1930 De Luxe Theatre.